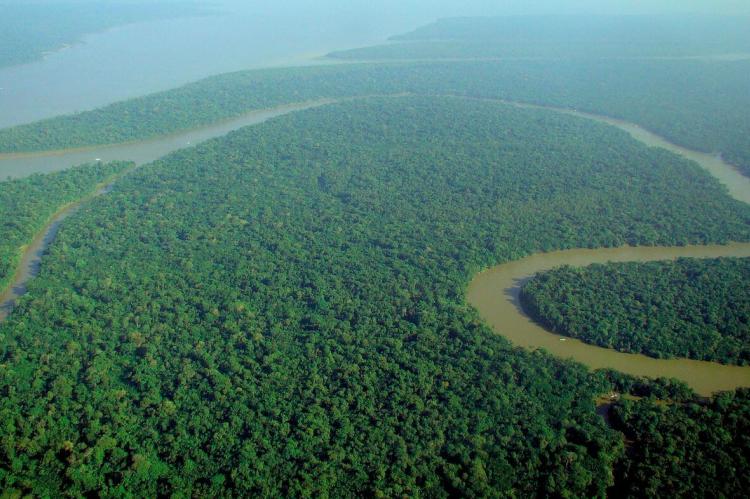 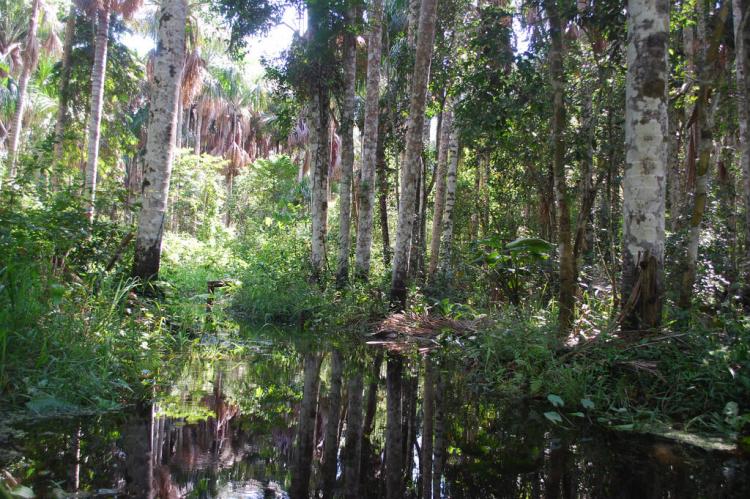 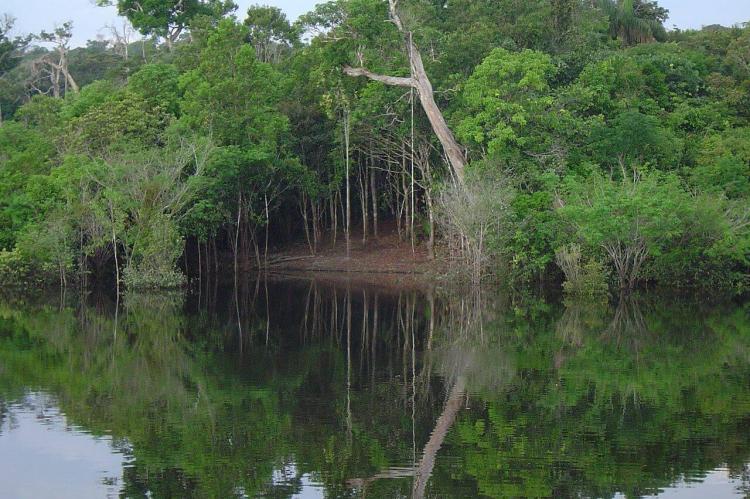 Comprising about 40 percent of Brazil’s total area, it is bounded by the Guiana Highlands to the north, the Andes Mountains to the west, the Brazilian central plateau to the south, and the Atlantic Ocean to the east.

The nine nations that have some part of the Amazon Rainforest within their borders are: Brazil, Peru, Colombia, Venezuela, Ecuador, Bolivia, Guyana, Suriname and French Guiana

The Amazon represents over half of the planet's remaining rain forests and comprises the largest and most biodiverse tract of tropical rain forest in the world, with an estimated 390 billion individual trees divided into 16,000 species. More than one-third of all known species in the world live in the Amazon Rainforest.

The Amazon River is the largest river by discharge volume of water in the world, and by some definitions it is the longest. The total length of the river, as measured from the headwaters of the Ucayali-Apurímac river system, high in the Andes mountains in southern Peru, is at least 4,000 mi (6,400 km).

The Amazon River and its tributaries flow through the countries of Peru, Bolivia, Venezuela, Colombia, Ecuador, and Brazil before emptying into the Atlantic Ocean. Greater than the next seven largest independent rivers combined, the Amazon River represents 20% of the global riverine discharge to the ocean.

The Amazon River and its tributaries are characterized by extensive forested areas that become flooded every rainy season. Every year, the river rises more than 9 m (30 ft), flooding the surrounding forests, known as várzea ("flooded forests"). The Amazon's flooded forests are the most extensive example of this habitat type in the world.

The Amazon Basin is the part of South America drained by the Amazon River and its tributaries. The Amazon drainage basin covers about 35 percent of the South American continent.

The vast Amazon Basin is the largest lowland in Latin America and has an area of about 2.7 million sq mi (7 million sq km).

The basin includes the greater part of Brazil and Peru, significant parts of Colombia, Ecuador, and Bolivia, and a small area of Venezuela.

The Amazon biome roughly corresponds to the Amazon basin, but excludes areas of the Andes to the west and cerrado (savannah) to the south, and includes lands to the northeast extending to the Atlantic ocean with similar vegetation to the Amazon basin. There are 53 major ecosystems and more than 600 types of land and freshwater habitat.

The Brazilian Amazon holds 30 of the 53 ecosystems, of which 19 are forests with 77.5% of the area. The borders of the biome hold ecotones where it blends into other biomes such as the cerrado. Within and across the ecosystems of the biome there is huge biological diversity.