The Ancient Maya City and Protected Tropical Forests of Calakmul is the heartland of the area in which the Maya civilization reached its climax. The Calakmul Biosphere Reserve is considered to be the largest forest mass in Mexico and the second largest remnant forest left in Latin America. 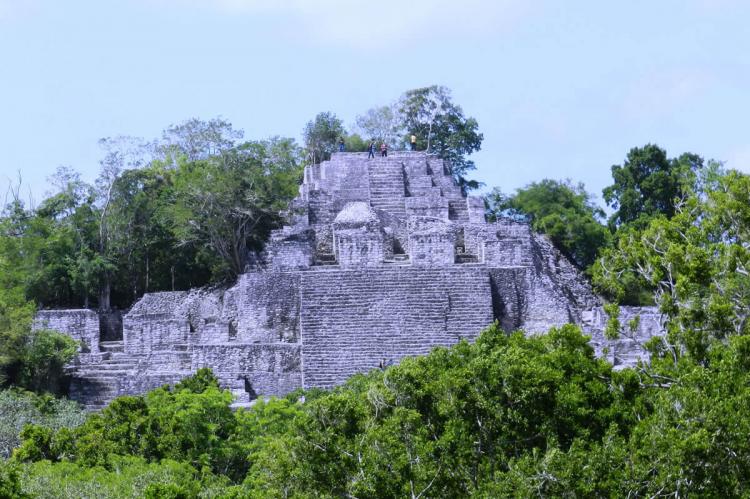 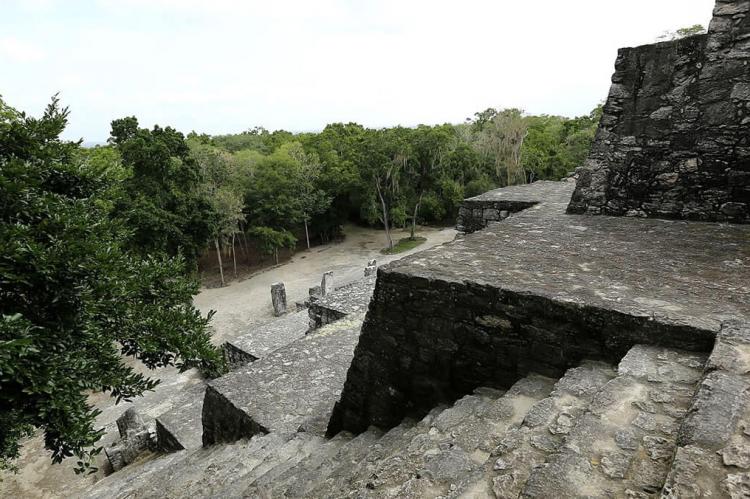 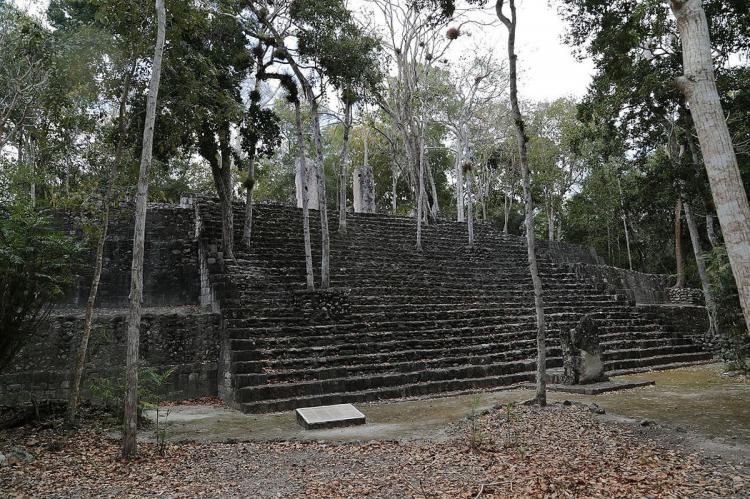 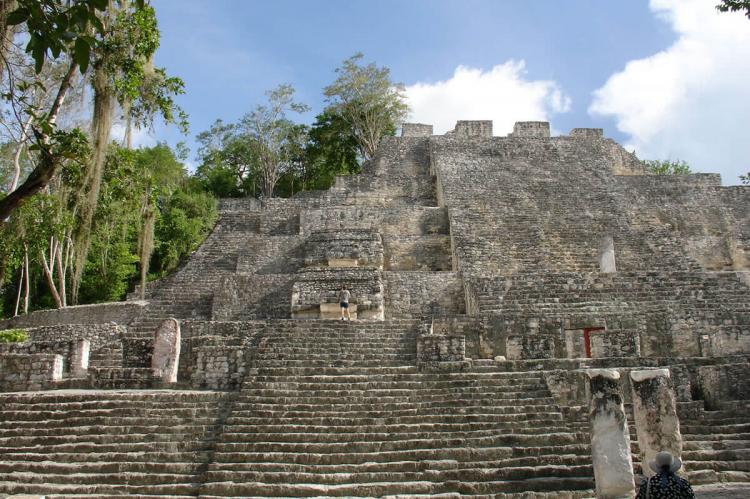 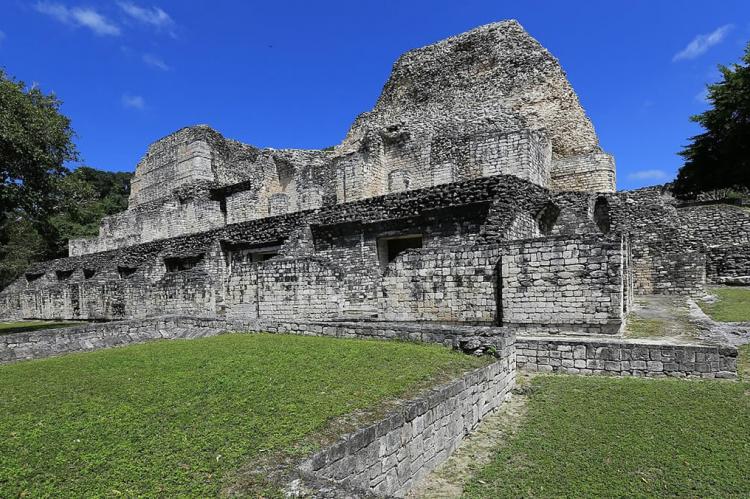 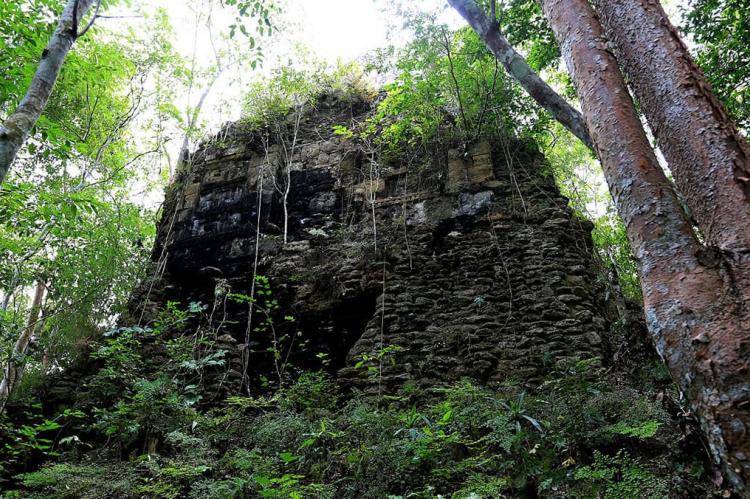 The World Heritage Site falls within the Mesoamerican biodiversity hotspot, the third largest in the world, encompassing all subtropical and tropical ecosystems from central Mexico to the Panama Canal.

This property, while nowadays almost uninhabited and covered by tropical forest (often referred to as the Maya Forest), is the heartland of the area in which, from the mid-first millennium B.C. to about A.D. 1000, the Maya civilization reached its climax, but where it also suffered the most dramatic downfall, resulting in an almost complete abandonment of formerly flourishing settlements.

Since the area has remained virtually depopulated, it represents an exceptional testimony to a long-living civilization, offering possibilities for archaeological and ecological research and presentation of its results.

Being located at the core of the second largest expanse of tropical forests in America, only surpassed by the Amazon jungle in South America, the area represents a singular case of adaptation to, and management of, a natural environment.

Apart from Calakmul, the largest archaeological site, where the Kaan, one of the most powerful Maya dynasties, had its seat during the Late Classic period, remains of dozens of other ancient settlements have been found in the area, including several major urban centers with huge architectural complexes and sculpted monuments.

Excavations at Calakmul and Uxul, have revealed stucco friezes and mural paintings in some of the massive temple pyramids and palaces, as well as burials of kings and other members of nobility, containing a rich variety of body ornaments and other accompanying objects including elaborate jade masks, ear spools and polychrome pottery vessels. The hieroglyphic inscriptions on stelae, altars and building elements reveal important facts about the territorial organization and political history, and some epigraphic records provide information that has not been found anywhere else in the Maya Area.

The inscriptional evidence, the characteristics of architecture and urban layouts, pottery styles, tool kits and funerary objects – information collected at a number of sites surveyed in the area, as well as through excavations at some of them – indicate the existence of extensive trade networks and exchange of ideas with the neighboring regions, but they also reflect local developments.

While a version of the so-called Petén style prevails in monumental buildings, another architectural style developed in the northeastern part of the area during the Late Classic period (ca. A.D. 600-900), characterized by towers and stone mosaic decoration of facades, including the so-called zoomorphic entrances. The far reaching appeal of this singular style, called Rio Bec, is evidenced in the adoption of its characteristic elements, after A.D. 800, at sites as distant as El Tigre to the southwest, in the Candelaria river basin, and Kohunlich to the east, in the state of Quintana Roo.

To what extent the evolution of these diverging architectural expressions reflects the ever changing political geography, including the role of the Kaan dynasty and its alliances and conflicts with the neighboring polities, requires further research, as do the still poorly understood processes that resulted in the collapse of the Classic Maya civilization in the 9th and 10th centuries.

For the natural component, the mature forests of Calakmul, with their current structure and floristic composition, are extraordinary evidence of the long interaction between man and nature. Largely the result of ancient agricultural and forestry practices of the Maya, they combine complex processes of human selection and the regeneration of natural systems. Traditional management practices of indigenous communities who still inhabit the region, outside the property, are evidence of ancient Mayan practices.

These humid and sub-humid tropical forests develop in a geological province under seasonal dry conditions, and karst soils. Given the particular environmental conditions, such as reduced availability of water and moisture, presence of fire and hurricanes, and karst soils, here the flora and fauna of wetland ecosystems have developed adaptations to these seasonal dry conditions. For such factors, Calakmul Tropical Forests could be considered as one of the most resilient ecosystems in the continent and these features could be relevant for biodiversity conservation in a climate change context. Still, the site is an important water catchment area, a key factor as it represents a critical habitat for a number of endemic and threatened species.

It is also the area with great abundance of wildlife. The Ancient Maya City and Protected Tropical Forests of Calakmul, Campeche, hosts rich biodiversity, that were very appreciated by the Mayans and represented in their paintings, pottery, sculptures, rituals, food and arts in general. Several of the species are considered threaten and in danger. The property has the greatest diversity of mammals in the Mayan region. It is home to two of the three species of primates, two of the four edentates and five of the six wildcat species (felines) that exist in Mexico.

The location of the property also increases its importance as the center of the connectivity of the Selva Maya, with corridors that provide ecological continuity to forests in the region (Mexico, Guatemala and Belize) and allow the conservation of biodiversity, the development of dynamic ecological and evolutionary processes of species, and offers opportunity for species to migrate within this large ecosystem to better adapt to climate change. They also help maintain populations of species with high spatial requirements, as are the animals with local migrations (butterflies, parrots, waterfowl, bats), and large predators with large displacement capacity, such as the jaguar, puma and several birds of prey.

The Calakmul Biosphere Reserve, located at the base of the Yucatán Peninsula and within both the Petén Basin and Maya Forest, is the largest forest reserve in Mexico. It comprises 723,185 ha (1,787,000 acres) of protected land with some 52 ejidos, or local communities, with almost 23,740 inhabitants (2000) in its buffer zone.

The area of the Biosphere Reserve equals the entire area that also makes up the World Heritage Site: Ancient Maya City and Protected Tropical Forests of Calakmul, Campeche.

It is not an untouched forest, as testify the remnants of Mayan cities, abandoned in A.D. 900. The important pre-Columbian Maya civilization archaeological site of Calakmul, one of the largest-known Maya sites, is located in the Biosphere Reserve.

The Biosphere Reserve is characterized by its size, good state of conservation and continuity with other regions in the Yucatán Peninsula, Chiapas, Guatemala and Belize. It is considered to be the largest forest mass in Mexico and, together with the forests of Guatemala and Belize, the second largest remnant forest left in Latin America after the Amazon.

Its great diversity of species responds to regional heterogeneity, where in spite of its scant land forms, high and medium altitude sub-evergreen (moist) forests, medium altitude sub-deciduous (dry) forests (with a predominance of Holywood Lignum-vitae (Guaiacum sanctum)); lowland deciduous forests and savannas can be found.

This group of forests harbors Mexico’s largest populations of fauna and flora, comprising charismatic or flagship species of biological and ecological importance for the region, such as the Jaguar, the Puma, the Tapir, the White-lipped Pecary, the Howler Monkey and the Spider Monkey, the King Vulture, the Ornate Hawk together with Mahogany, Cedar and Ciricote trees.

There are also endemic species of economic and ecological importance for the region such as the Ocellated Turkey (Meleagris ocellata) and Gray Brocket Deer (Mazama gouazoubira).

Ninety percent of the amphibian species and over 50% of the reptile species reported for the Peninsula are to be found in the region. The land area is very important for birds with over 360 species recorded and it is also considered to be an important geographical area for Neotropical migratory species.