The Azuero Peninsula is located in southern Panama. It is surrounded by the Pacific Ocean in the south and by the Gulf of Panama in the east. The Panamanian capital Panama City is the main urban center on the gulf shore. The Pearl Islands is an archipelago in the Gulf of Panama. 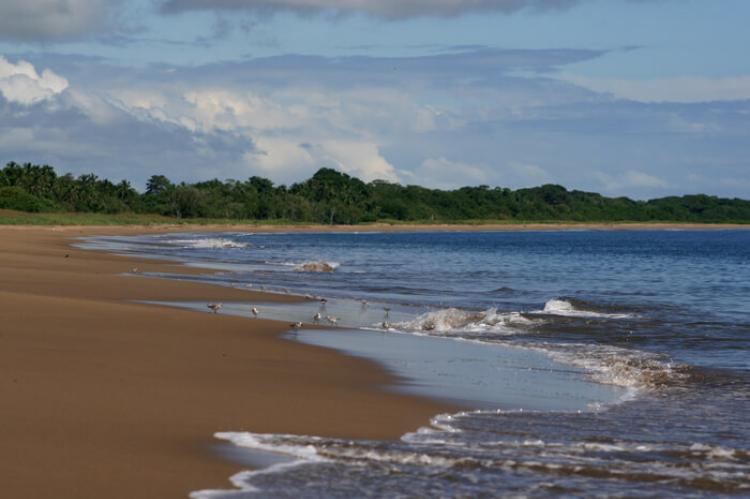 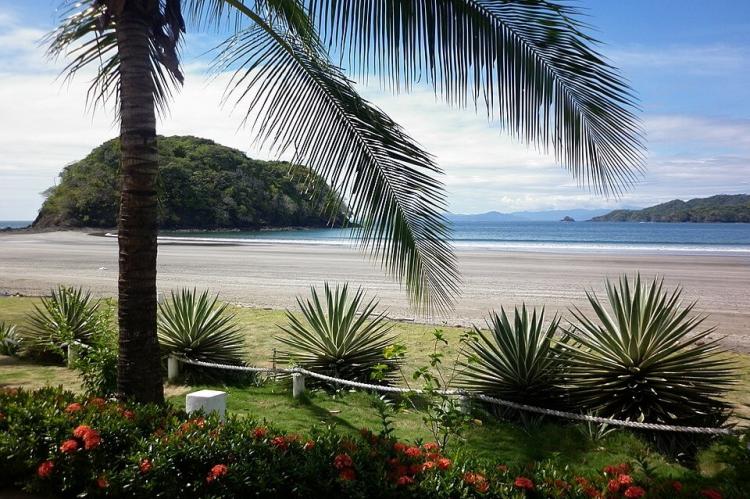 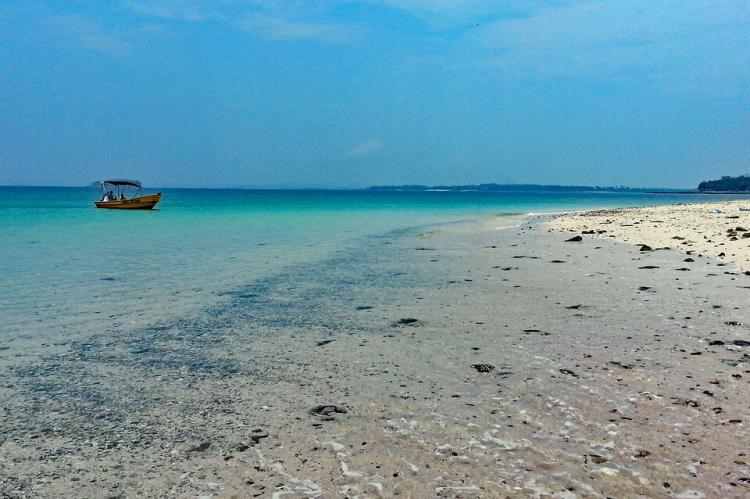 The Azuero Peninsula is located in southern Panama. It is surrounded by the Pacific Ocean in the south; the Pacific and Gulf of Montijo to the west, and by the Gulf of Panama in the east. It measures 60 mi (100 km) from east to west and 55 mi (90 km) from north to south.

The peninsula is effectively divided into two regions; the Western Azuero and the Eastern Azuero, as no serviceable roads join the two peninsula regions past the Pan-American Highway.

The Azuero region was one of the first parts of Panama to be settled more than 10,000 years ago, and the area in the north of the peninsula was cultivated thousands of years before the arrival of the Spaniards.

The Azuero Peninsula is divided into three provinces, Herrera, Los Santos (which are entirely on the peninsula), and Veraguas which extends into it on the west side of the peninsula. Most of the people live on the east coastal region.

The southern tip is sparsely populated, and western area (the Veraguas area) is just now opening up to development. The largest towns are Chitré, the capital of Herrera, and Las Tablas, both of which are linked by road to the Pan-American Highway.

Its long history of cultivation and grazing has had a negative impact on the environment, resulting in what is sometimes called the Sarigua desert in the northeastern area of the peninsula, even though it is not technically a desert.

Along the coast there are areas of mangroves and just inland is a dry coastal forest called Albina. The Azuero is one of the most heavily deforested parts of Panamá, although sustainable land management systems such as SilvoPastoral grazing systems are emerging.

In the extreme south, Cerro Hoya is a national park and home of most of the remaining jungle habitat in the Azuero region. Isla Canas, a coastal island connected via a sandbar to the peninsula, is used by a large number of sea turtles to lay their eggs each year. 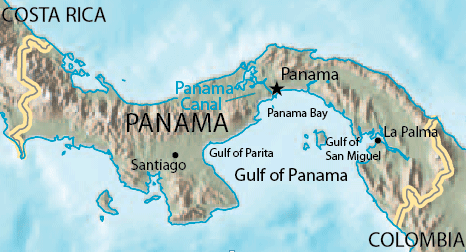 The Panamanian capital, Panama City, is the main urban center on the gulf shore. The gulf itself also contains a few minor gulfs, with Panama Bay to the north, Gulf of Parita to the west and Gulf of San Miguel to the east.

The gulf has a few islands and on the coast there are a few important ports, like Panama City, La Palma and Chitrè.

The Pearl Islands of Panama is an archipelago in the Gulf of Panama, about 50 miles (80 km) southeast of Panama City. The archipelago consists of 183 islands, of which 39 are sizable. The locals call the islands Islas de las Perlas, a name that dates back from Spanish colonial times.

The Spanish Conquistadors discovered the islands in 1503 and gave the Islands its name due to the great amounts of pearls found on them. Today, the islands are visited by fishermen in search of the marine life that abounds in the local waters.

The most notable island is Isla Contadora, known for its resorts. Isla Contadora was said to be used by the Spanish conquistadors as a stop for taking inventory of booty prior to returning to Spain.

Other important islands include the mountainous Isla del Rey on which the principal town, San Miguel, is located. It is the largest island, at 234 sq km (90 sq mi) and it has several towns, most notably San Miguel. It is easily larger than the other Pearl Islands combined, and is the second largest island in Panama, after Coiba. Other important islands are San José, Pedro González and Saboga.