The Baconao Biosphere Reserve is situated in southeastern Cuba, between Santiago de Cuba and the province of Guantanamo, and includes three well-defined biogeographic zones. The area is a large park region which contains a variety of attractions in addition to wildlife refuges and coffee plantations. 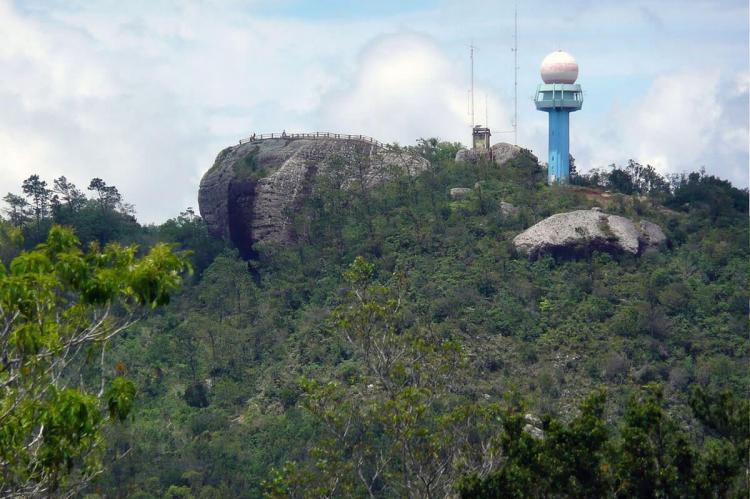 The Baconao Biosphere Reserve is situated in the Neotropics Province of the greater Antilles, in the southeastern region of Cuba, between Santiago de Cuba and the province of Guantanamo. It includes three well-defined biogeographic zones: the ‘Meseta de Santiago’, the ‘Sierra de la Gran Piedra’ and the ‘Meseta Santa Maria de Loreto’.

High biodiversity in flora (1,800 reported species) and fauna and many threatened endemic species as bats, spiders and insect species living in natural caves have been reported (46.6% of ornithofauna).

More than 38,000 people (2001) live in the buffer zone and the transition area, working in tourism, forestry, cattle raising and in agro-ecosystems with coffee, fruits and ornamental flowers.

Around 96,360 national and 275,366 foreign tourists annually visit this area. With 13 tourist accommodation centers, one museum and 3 campgrounds in the reserve, almost 90% of the population benefits from this activity.

One of the more interesting aspects of the Biosphere Reserve is the important archaeological site that determined three ancient native cultures: Siboney, Protoagricultor and agricultor.

It was the site of ancient immigrant coffee plantations (Haitian and French) that influenced local practices on introducing species of plants for medicinal, food and ornamental purposes.

The area is a large park region located about 60 km (37 mi) away from the city of Santiago de Cuba. The park contains a variety of attractions in addition to wildlife refuges and coffee plantations. The park has a total surface are of approximately 848 sq km or 327 sq mi.

Some of the main attractions of Baconao Park include: