Banwari Trace, an Archaic pre-ceramic site in southwestern Trinidad, is the oldest archaeological site in the Caribbean and the deposit is found on the southern edge of the Oropuche Lagoon. Banwari Man is considered to be the oldest skeleton found in the Caribbean. 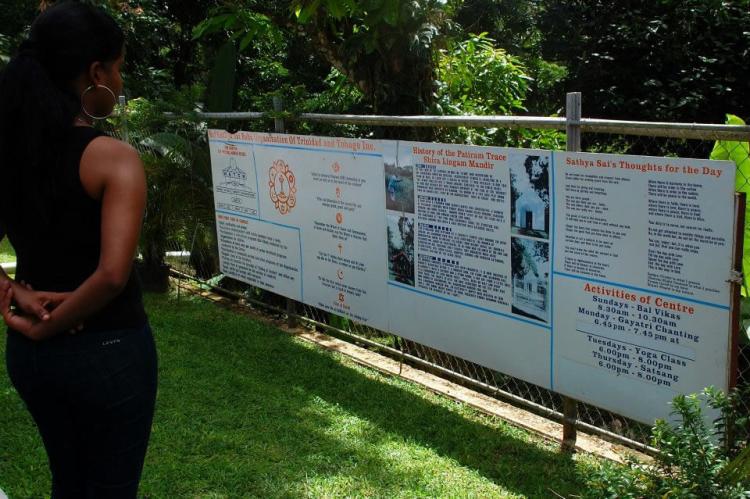 The Banwari Trace Archaeological Site is an Archaic pre-ceramic site in southwestern Trinidad. It is the oldest archaeological site in the West Indies.

Excavations have revealed two separate periods of occupation; one between 7200 BP and 6100 BP (Strata I and II) and the other between 6100 BP and 5500 BP (years Before Present).

The Banwari Trace deposit is found on the southern edge of the Oropuche Lagoon in southwest Trinidad, just west of the Coora River. The site occupies the top of a Miocene hillock, originally covered with deciduous seasonal forest which rises above the swamp.

All of the Archaic sites in the Lesser Antilles and Puerto Rico, including Banwari trace, belong to the Ortoiroid Series, which gets its name from the type site of Ortoire in Trinidad.

The observed change in shell-collecting habits of the Banwari Trace people closely reflects the alteration in the natural environment, which took place in the Oropuche Lagoon area during the period of midden formation.

It can be assumed that the Amerindians collected the majority of shellfish deposited in the immediate surroundings of the site. If so, the habitat preferences of the dominant shell species at Banwari Trace further suggest that the Oropuche Lagoon changed from a freshwater or slightly brackish lagoon to marine mangrove swamp at about 6200 BP to 6100 BP.

The Banwarian pre-ceramic assemblage is highly distinctive, typically consisting of artifacts made of stone and bone. Objects associated with hunting and fishing include bone projectile points, most likely used for tipping arrows and fish spears, beveled peccary teeth used as fishhooks, and bipointed pencil hooks of bone which were intended to be attached in the middle to a fishing-line.

A variety of ground stone tools were manufactured for the processing of especially vegetable foods, including blunt or pointed conical pestles, large grinding stones and round to oval manos. It should not be confused with the Ortoiran assemblage, which is much later ca BC 1000, and located in southeast Trinidad.

In November 1969, the Trinidad and Tobago Historical Society discovered the remains of a human skeleton at Banwari Trace. It is still the oldest skeleton in the Caribbean and its survival for 5000 years at a shallow depth below the surface is nothing short of miraculous.

Lying on its left-hand side, in a typical Amerindian "crouched" burial position along a northwest axis, Banwari Man (as it is now commonly called) was found 20 cm (8 in) below the surface. Only two items were associated with the burial, a round pebble by the skull and needlepoint by the hip.

Banwari Man was apparently interred in a shell midden and subsequently covered by shell refuse. Based on its stratigraphic location in the site’s archaeological deposits, the burial can be dated to the period shortly before the end of occupation, approximately 3400 BC or 5,400 years old.