The Bioma Pampa-Quebradas del Norte Biosphere Reserve is located in northern Uruguay and comprises a mosaic of different ecosystems, including a primary forest with subtropical jungle, the quebradas, which represents the southernmost vestige of the Atlantic Forest environment. 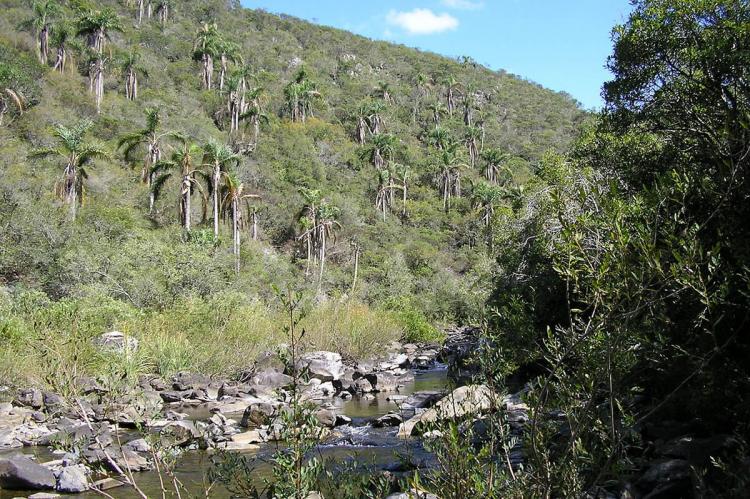 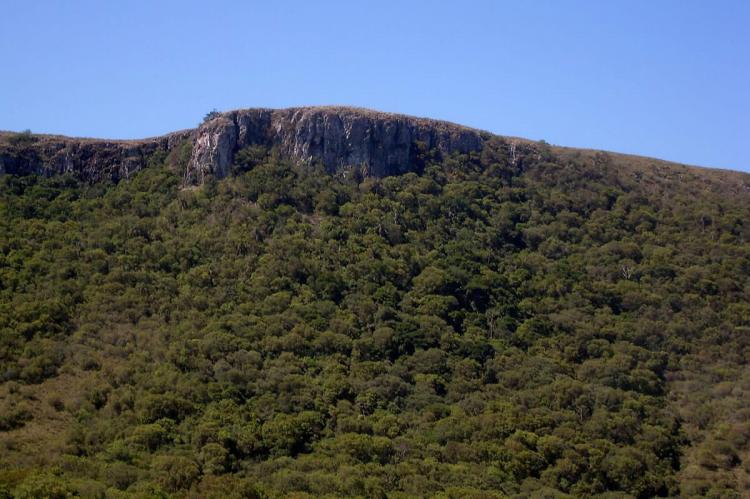 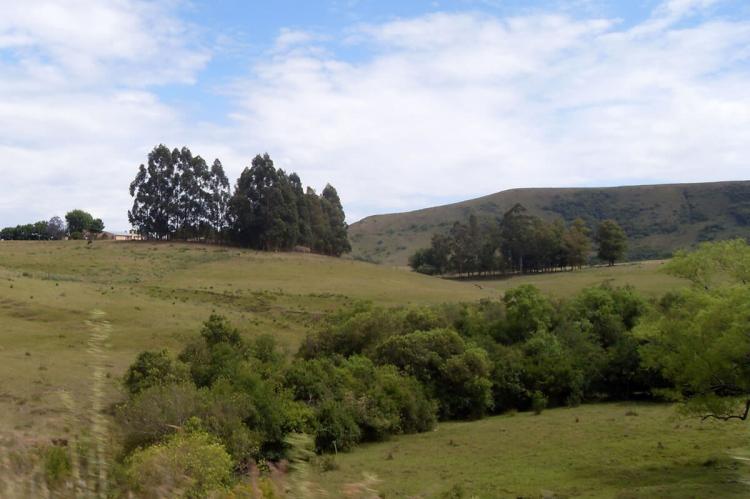 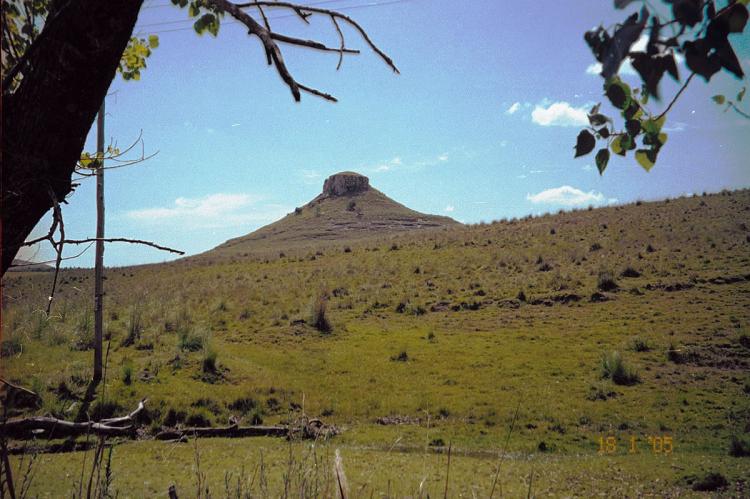 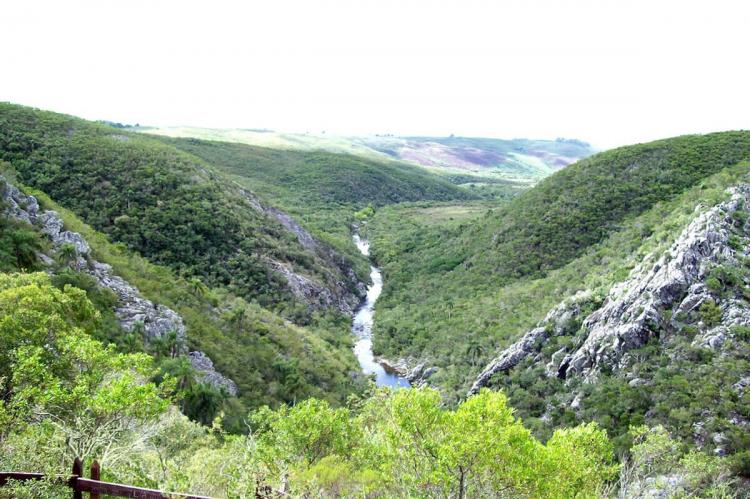 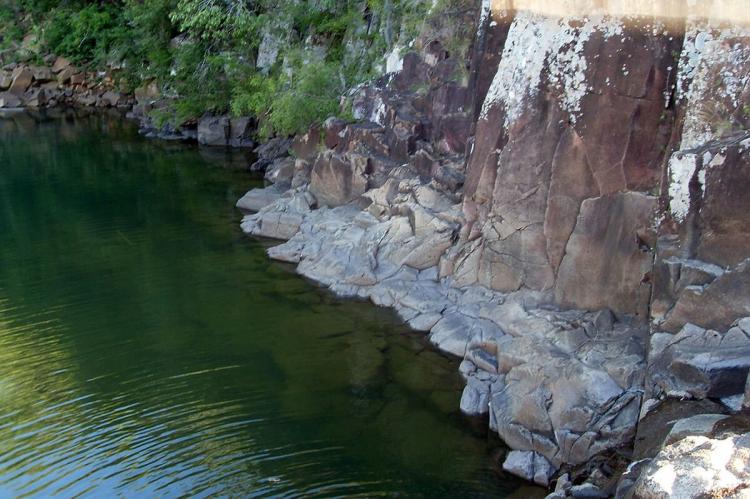 The Bioma Pampa-Quebradas del Norte Biosphere Reserve, located in northern Uruguay, covers an area of 110,882 ha (274,000 acres) in a biogeographic region characterized by a rolling topography reaching a maximum of 369 m (1,300 ft) in height.

The Biosphere Reserve experiences a humid-subtropical climate with over 1,000 mm (40 in) annual rainfall and a predominance of subtropical grasslands.

The Biosphere Reserve is found on the east side of the Cuchilla de Haedo among the headwaters of rivers that flow into the River Tacuarembó. The reserve also contains recharge areas of the Guarani Aquifer, one of the largest reserves of fresh water on the planet.

The landscape is characterized by quebradas (ravines and gorges) situated between high embankments of the basaltic coasts of Cuchilla.

This Bioma Pampa-Quebradas del Norte Biosphere Reserve comprises a mosaic of different ecosystems, including a primary forest with subtropical jungle: the quebradas, which represents the southernmost vestige of the Atlantic Forest environment. Quebradas forests are located in depressions and present various types of vegetation.

In the deeper areas trees can be observed of up to 25 m (82 ft) in height and abundant undergrowth of ferns, orchids and Piperaceae, as well as epiphytes (Bromeliaceae, Orchidaceae, Cactaceae). The average density is approximately 350 trees per hectare. The subtropical jungle of quebradas is one of the main attractions of the reserve.

The region of the Cuchilla de Haedo functions as a biological corridor for tropical species entering into Uruguayan territory, and represents the southernmost point for the presence of such fauna in Latin America.

Rare species of amphibians and reptiles in the area include Hyla uruguaya (the Uruguayan frog), Melanophryniscus devincenzii (the Toad of Devincenzi) and Crotalus durissus terrificus (the South American rattlesnake).

More than 150 species of birds have been identified in the quebradas, such as Theristicus caudatus (the buff-necked ibis), Accipiter bicolor (the bicolored hawk) and Milvago chimachima (the yellow-headed caracara), among others, all of which are rare in other parts of the country.

The other important habitat of this biosphere reserve, the pampa biome, is rich in temperate grasslands and acts as an important nesting area for many bird species.

The biome is predominantly formed by natural pasture and is characterized by high species diversity with a large predominance of grasses. For this reason, such grasslands are recognized as a conservation priority in the Neotropics. At present however, only 0.7% of the grasslands are protected and the ecosystem faces significant threats to its conservation, in particular overgrazing.

The Bioma Pampa-Quebradas del Norte Biosphere Reserve is also inhabited by a small number of people (around 2,000) living in towns of 10 to 50 houses amid a rural environment. The villagers are predominantly smallholder farmers who engage in agricultural activities.

The present inhabitants, who are representatives of the gaucho culture, originate from the hybridization of a triple matrix: native Guarani people, Europeans and afro-descendants.

The main economic activities of the local population are extensive livestock farming, family-agriculture, including food crops and animal husbandry and afforestation.

Some family farms also include ecotourism activities linked to ranching and/or natural forests. Locations such as La Palma and Laureles are becoming reference points for rural tourism in the reserve.