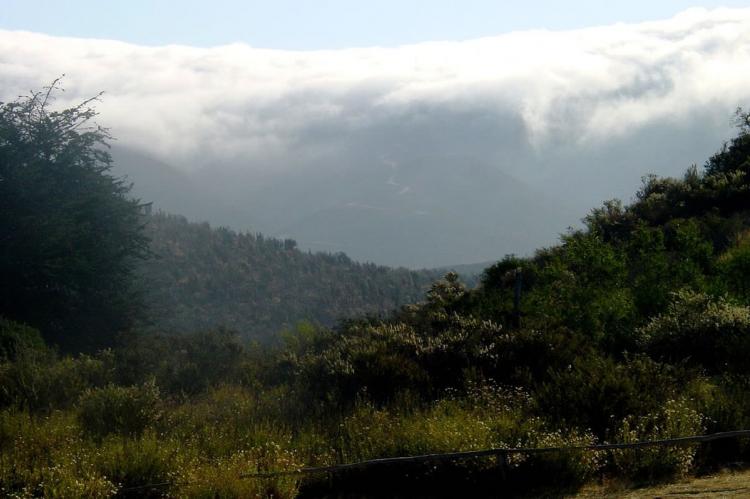 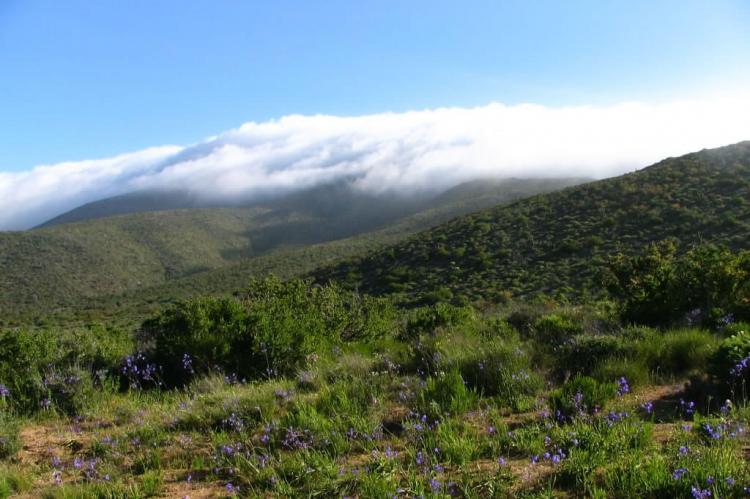 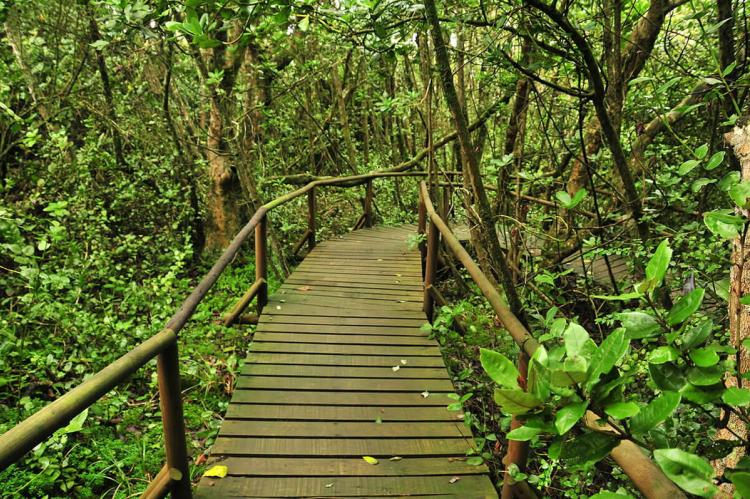 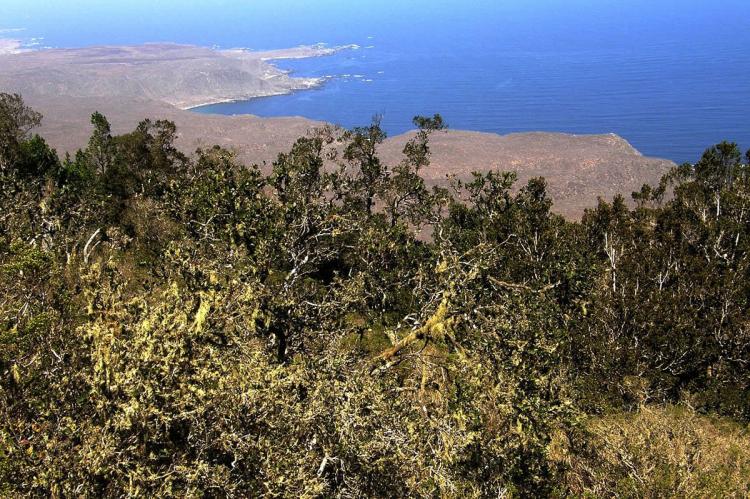 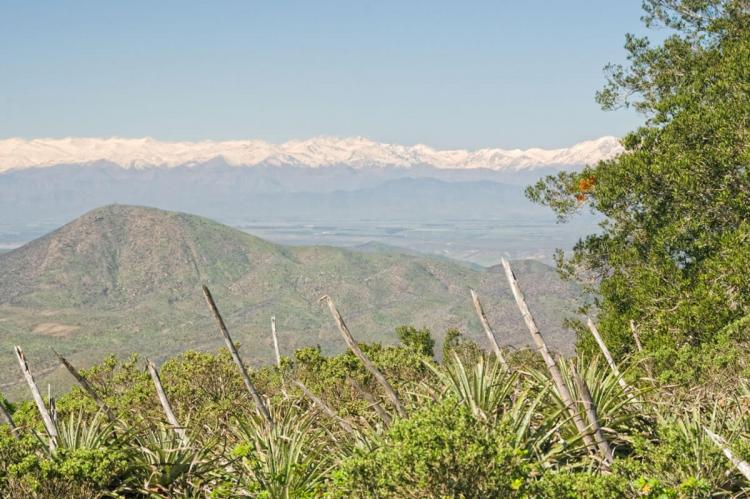 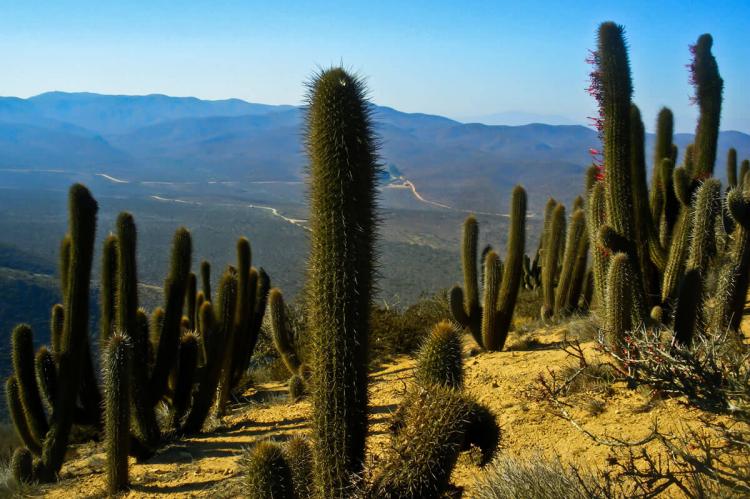 Bosque de Fray Jorge National Park is located in Limarí Province within the Coquimbo Region of Chile. It is situated approximately 100 km (62 mi) south of La Serena on the Pacific Ocean.

The park lies close to the Atacama Desert, in the Cordillera de Talinay, which is part of the Chilean Coastal Range. On the south, the park is bordered by the Limarí River.

Bosque de Fray Jorge National Park covers an area of approximately 10,000 ha (24,700 acres) but the forests cover only 4% of its surface. The park is known for having the northernmost Valdivian temperate rain forests.

The coastal fog clings to the mountain slopes and moistens the subtropical vegetation, allowing the hydrophilic forests to survive despite being surrounded by semiarid scrublands with average annual rainfall of only 113 mm (4.5 in). The forest is a vestigial survival of the last glacial period.

In this area, approximately 400 ha (880 acres) of cinnamon trees, terabinth shrubs, tepas trees and a wide variety of ferns flourish 1,250 km (780 mi) away from where they normally exist.

Fray Jorge extends along the range of mountains forming the Cordillera de la Costa, which extends between the River Elqui in the north to the Aconcagua in the south and includes coastal plains and mountainous hinterland.

The Biosphere Reserve is situated between formations of scrub and semidesert coastal steppes on the one side, and tree and shrub formations of the Cordillera de la Costa on the other.

The most important feature of this reserve is the presence of the most northerly forest in Chile. The Fray Jorge forests are green oases surrounded by semiarid lands. They have some features in common with the hygrophilous forests in the south.

The evergreen relict forest comprises a hygrophilous forest with plant species that are characteristic of the south of Chile, over 1,000 km (600 mi) away, such as the Olivillo (Aextoxicon punctatum) and Winter’s bark or Canelo (Drimys winteri).

Fray Jorge represents the dwarf coastal cloud shrubland habitat, harboring succulents and thorny shrubs comprised in the arid and semiarid Mediterranean type plant formation of Mediterranean Chile. Biomes such as river, estuary (the mouth of the Limari River), coastline,semiarid sclerophyll shrubland are represented in this reserve.

There are 440 species of native flora, of which 266 are endemic to Chile, 10 are listed as endangered and 84 as vulnerable species.

The park and reserve shelters almost all the mediterranean species typical of Chile. Among the great variety of birds are partridge (Nothoprocta perdicaria), meadow lark (Sturnella loyca), goldfinch (Diuca diuca), and mockingbird (Mimus thenca).There are relatively few mammal species, the most noteworthy being the fox (Dusicyon culpaeus).

The core area of the Biosphere Reserve has remained in its natural state. There is no evidence of farming, intensive stock raising or exploitation of the forest even though there has been some introduction of livestock in the transition area. However, in Las Chinchillas there has been excessive grazing, felling of trees and coal mining.

At least 750 people live in the buffer zone, mainly engaged in agriculture and cattle raising. The main human activity is tourism, with close to 15,000 visitors per year. Research activities and environmental education also take place in the Biosphere Reserve.