The Bosques de Neblina - Selva Central Biosphere Reserve is located in the Amazon basin of central Peru, in a transition zone between the eastern slopes of the Andes and the Amazon. Harboring four emblematic Peruvian ecosystems, it is home to a high level of biological and cultural diversity. 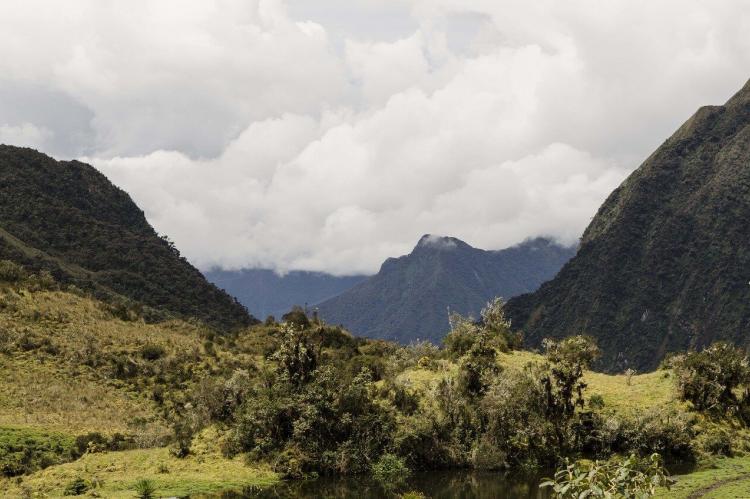 The Bosques de Neblina - Selva Central Biosphere Reserve is located in the Amazon basin of central Peru, in a transition zone between the eastern slopes of the Andes and the Amazon, an area known as the Andean Amazon.

The Andes Mountains split Peru in a north-south direction, providing a complex geographical setting with multiple differences in topography, altitude and geological characteristics. The easternmost-facing slopes look out over the Amazon basin, forming the upper watersheds of the western Amazon.

The site, designated as a Biosphere Reserve in 2020, shares its northern border with the Oxapampa-Ashaninka-Yanesha Biosphere Reserve and has a total surface area of more than 812,000 ha (2,000,000 acres), broken down as follows:

The core area of the Bosques de Neblina - Selva Central Biosphere Reserve is made up of the Pampa Hermosa National Sanctuary and the Pui Pui Protection Forest, both protected natural areas that conserve unique portions of the tropical montane forests as well as the hydrographic basin of the Tulumayo, Huatziroke, Pichanake and Ipoki rivers.

This drainage basin supplies water for agricultural use and human consumption in the Chanchamayo and Peren valleys which are home diverse population groups including Quechuans and Ashaninkas. Agriculture, forestry and fishing are important sources of income.

In addition to being a strategic location between the Peruvian capital of Lima and other Amazonian towns, the location of the Biosphere Reserve is one of the country’s main tourist destinations, with both cultural and nature-based attractions.

Less than 10% of the region’s biodiversity has been cataloged. However, the reserve hosts various endemic, endangered species such as the Andean bear (Tremarctos ornatus) and the Andean cock-of-the-rock (Rupicola peruvianus).

Representative flora in the Biosphere Reserve include the Polylepis forests and the Queen of the Andes (Puya raimondii), known for its giant flower spike.