Caatinga is the largest dry forest region in South America and also one of the richest dry forests in the world, providing habitat habitat for an array of flora and fauna species. This semiarid biome is highly threatened due to exposure to land conversion for agricultural and cattle ranching. 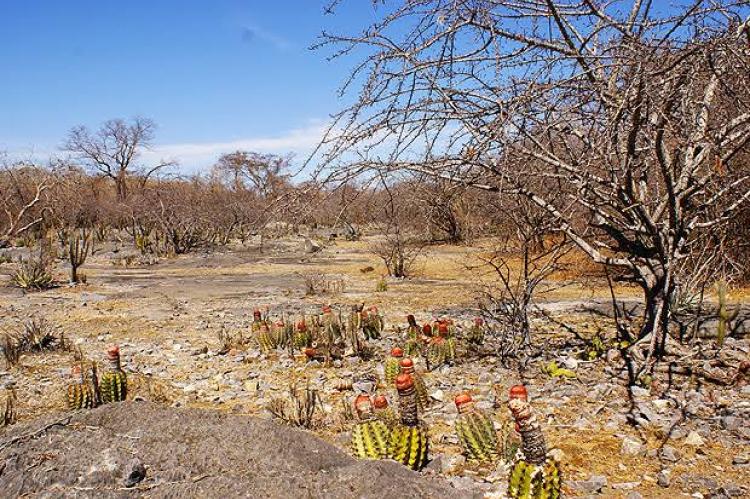 This large scrubland in northeastern Brazil provides habitat for an array of flora and fauna species; over 1,200 species of vascular plants occur here, of which thirty percent is endemic.

The biome's biodiversity is highly threatened due to exposure to land conversion for agricultural and cattle ranching. Particularly rich in avifauna, over three hundred and fifty species are found here including two of the ten most threatened birds in the world, the indigo macaw and little blue macaw.

A large area of the Caatinga ecoregion is ranked today as highly threatened by desertification. In contrast with the huge proportion of the area under strong human pressure, less than 1 percent of the ecoregion is protected in parks or reserves.