The Macizo del Cajas Biosphere Reserve contains a large number of ecosystems, ranging from high mountains down to coastal and marine areas along the Pacific. It also includes the El Cajas National Park, which features a tundra vegetation on a spectacular jagged landscape of hills and valleys. 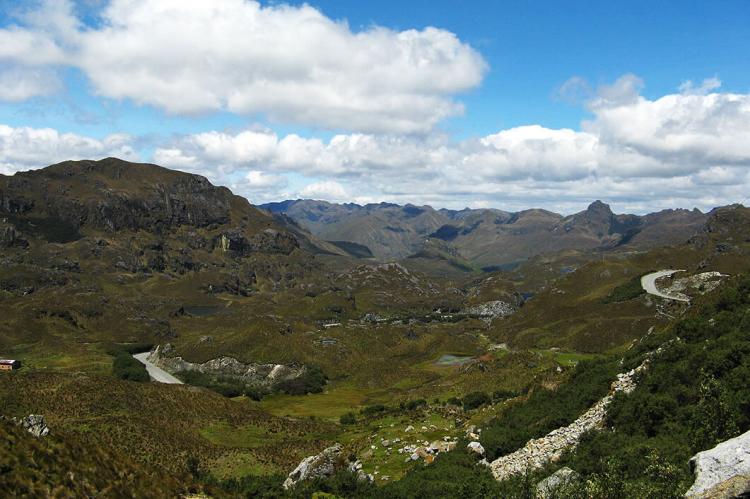 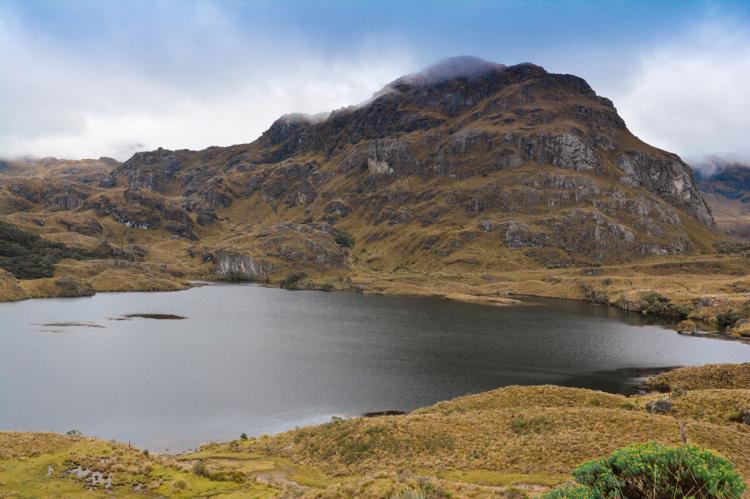 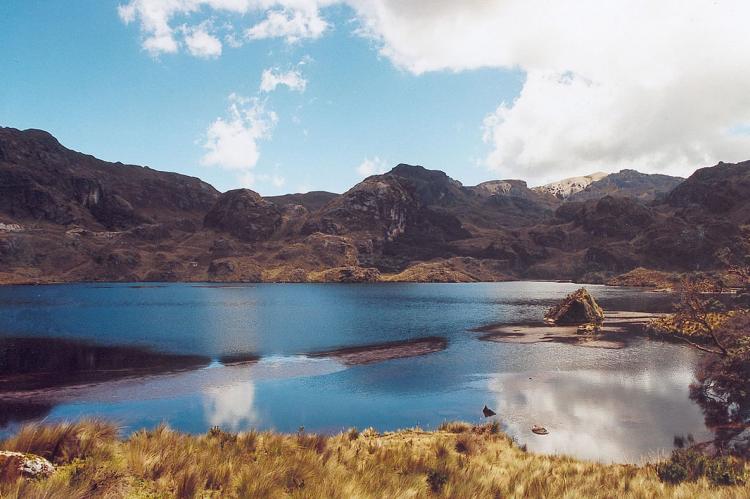 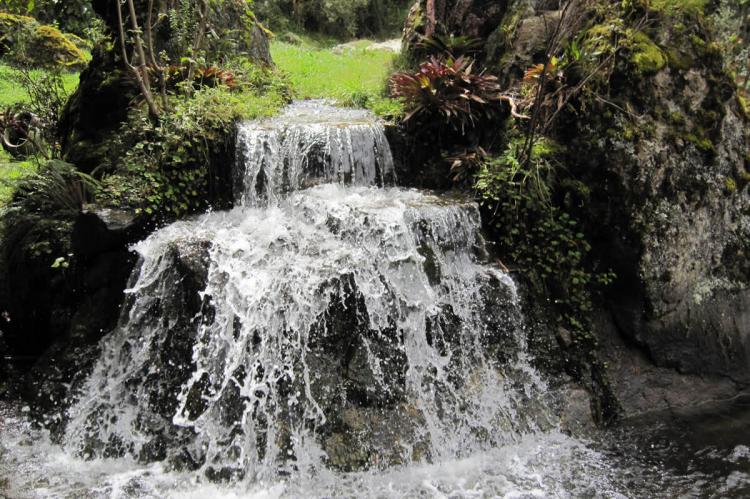 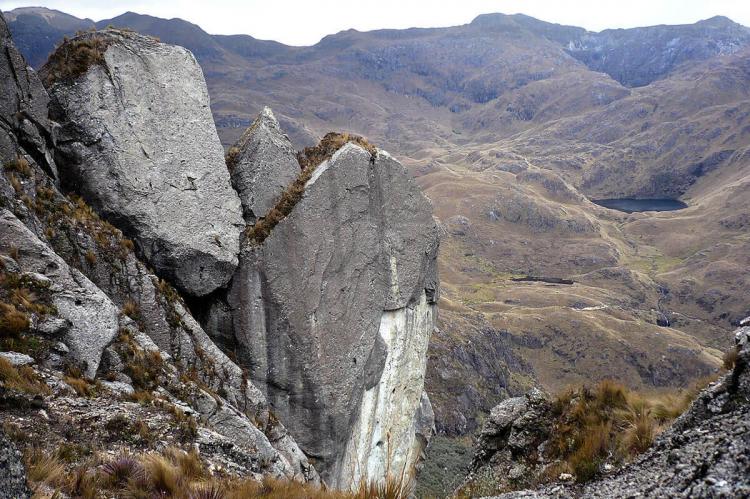 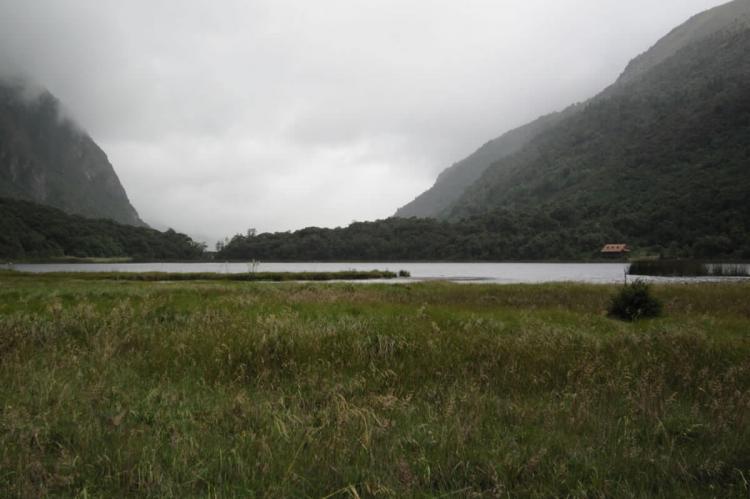 El Cajas National Park is located in southern Ecuador, in the province of Azuay, west of Cuenca. Encompassing an area of 28,544 ha (70,500 acres), it features a tundra vegetation on a jagged landscape of hills and valleys. The park is part of the Macizo del Cajas Biosphere Reserve. The area is characterized by large outcrops of bedrock. This is called knob and kettle geomorphology and results in a spectacular landscape, where the outcrops alternate with lakes.

Qhapaq Ñan, Andean Road System (Inca road system) crosses the park and is a vestige of the road linking Tomebamba with "Tambo de Paredones" (Molleturo), on the strategic route between the highlands and the coast. The highest point is the 4,450 m (14,600 ft) high Cerro Arquitectos (Architect's Hill) and the elevation of roads reach higher than 4,310 ms (13,550 ft). There are as many as 250 lakes and ponds located within the park, making it vital water source in the region.

Humidity, low temperature, and high altitude with low atmospheric pressure create an ecosystem that accumulates organic material in the soil that is able to retain water. The high grassland ecosystem (páramo) contains plants suitably adapted to it, 19 of them endemic to El Cajas. The dominant plant is straw grass (Calamagrostis intermedia).

Above 3,300 meters the quinua (Polylepis) or 'paper tree' forest can be found. It is in forests such as these that a second protected population of the rare Fuchsia campii, in the Onagraceae family, is predicted to live, as it has also been found in another nearby national park of similar ecological characteristics. In the lower parts of the park, the cloud forest and perennial high mountain forest are present, primarily in the ravines near the brooks and rivers.

El Cajas National Park is home to a large variety of animals, some of which are endemic or highly endangered. Among the most prominent are the South American condor, of which only 80 remain throughout all Ecuador; the curiquinga, a large black and white raptor, and the largest hummingbird of the world, the giant hummingbird (Patagona gigas), which lives only on agave flowers. The violet-throated metaltail (Metalura gorjivioleta) is endemic to El Cajas and surrounding valleys.The avifauna consists of 157 bird species, making birdwatching an alluring activity for visitors.

Overall, 44 mammalian species have been identified in the park. Species include types of opossums, cats, and bats. Also there are pumas, coatis, weasels, skunks, foxes, porcupines, pacas, shrews, rabbits and other rodents. Endemic are the Cajas water mouse (Chibchanomys orcesi) that belongs to the group Ichthyomyini and Tate's shrew opossum (Caenolestes tatei).

At least 17 species of amphibians live around the lagoons of El Cajas. This includes those of the genera Atelopus, Telmatobius, Gastrotheca, Eleutherodactylus, and Colostethus. The high variety of amphibians suggest the presence of a diversity of insects, as they are a chief amphibian food source.

Situated in southwestern Ecuador, the Macizo del Cajas Biosphere Reserve includes a large number of ecosystems ranging from high mountains down to coastal and marine areas along the Pacific. Its surface area covers 976,600 ha (2.4 million acres) and includes El Cajas National Park and the Quimsacocha National Recreation Area, which play an important role in water provision and regulation.

The coastal territory is largely characterized by large and medium-scale agricultural and aquaculture activities, which function as important export items for the national economy. The expansion of arable soil and shrimp farming has absorbed remnants of forests in the foothills of the western mountains and mangroves.