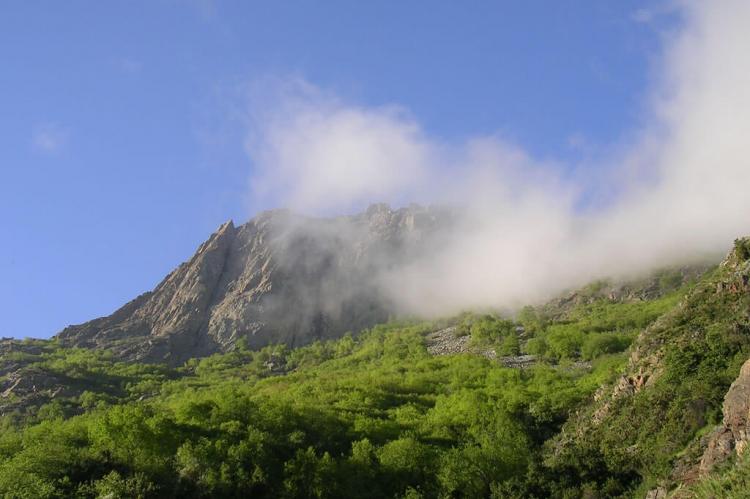 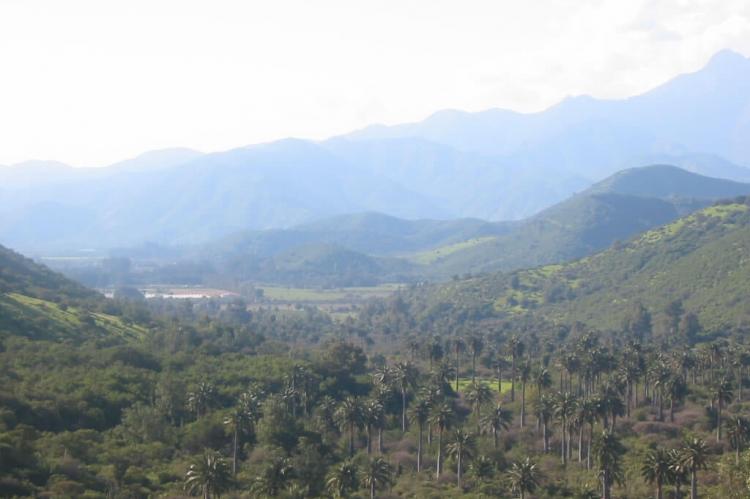 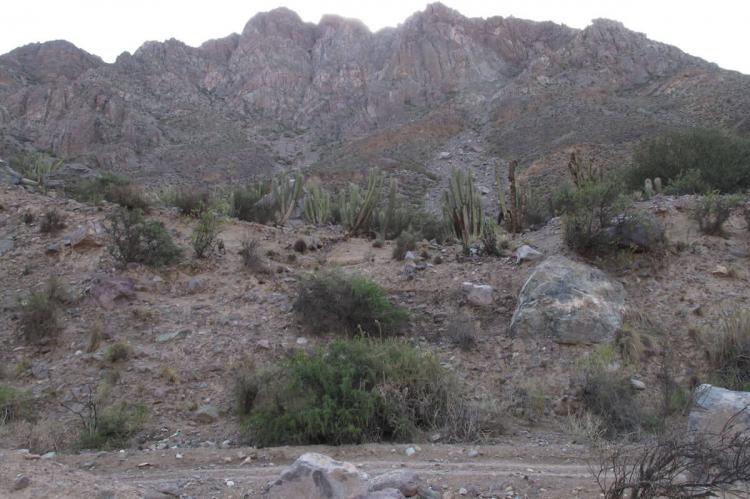 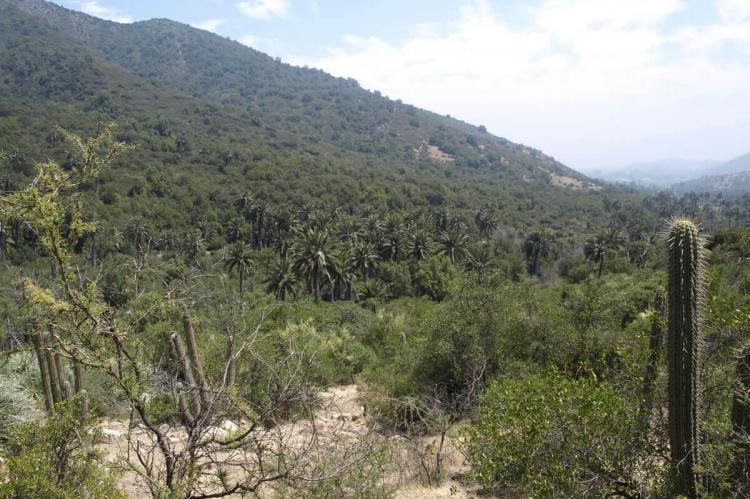 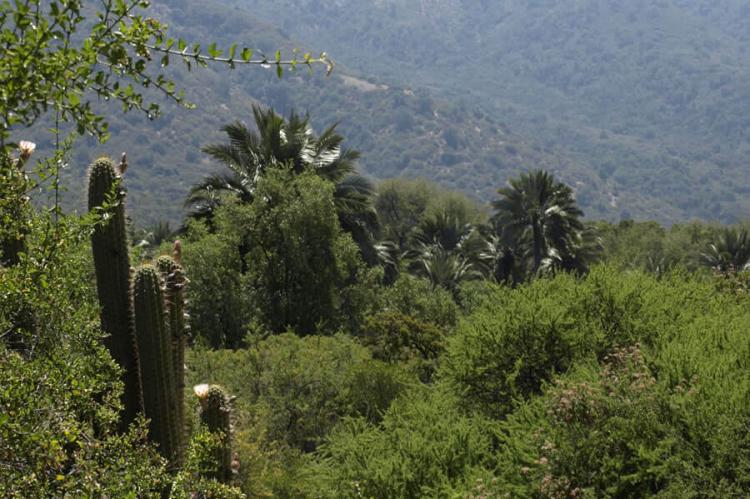 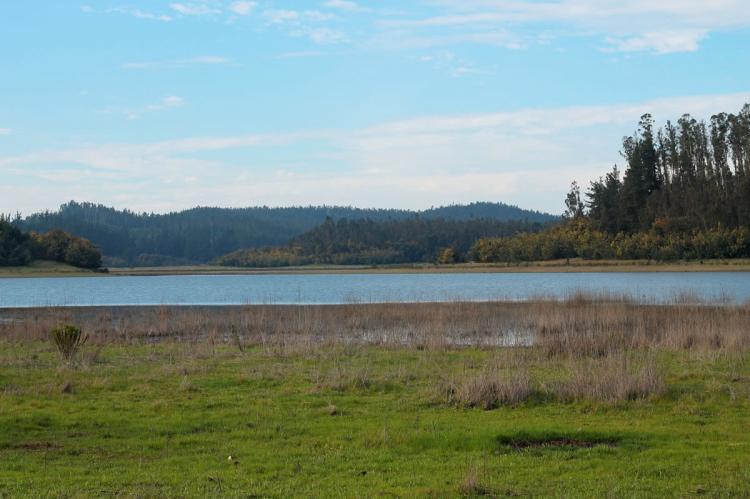 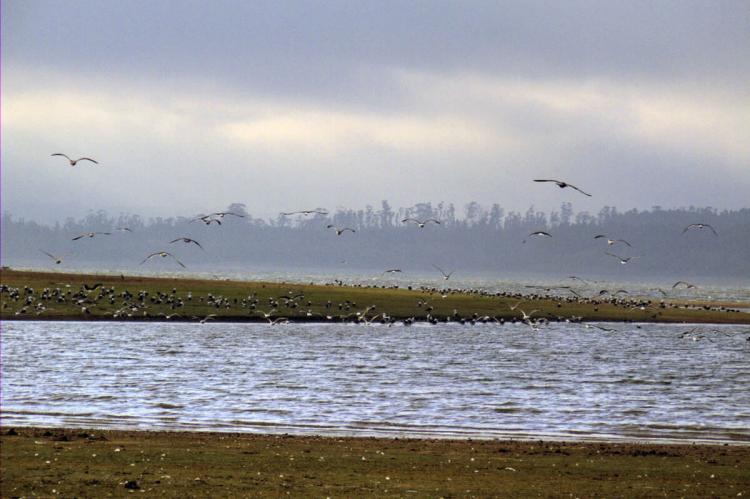 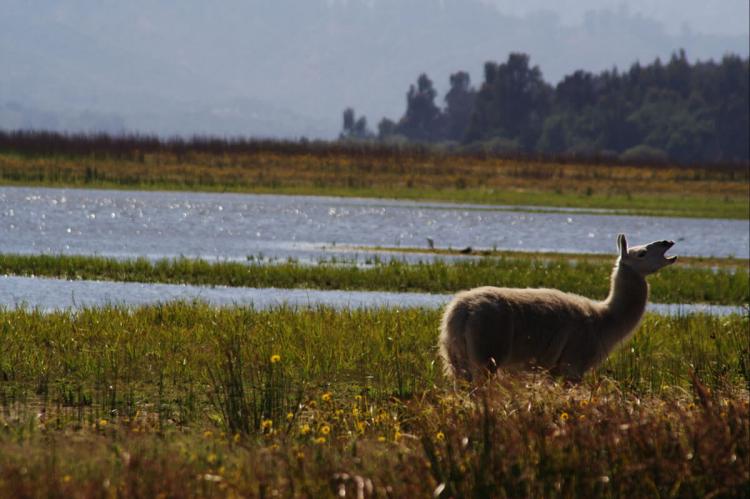 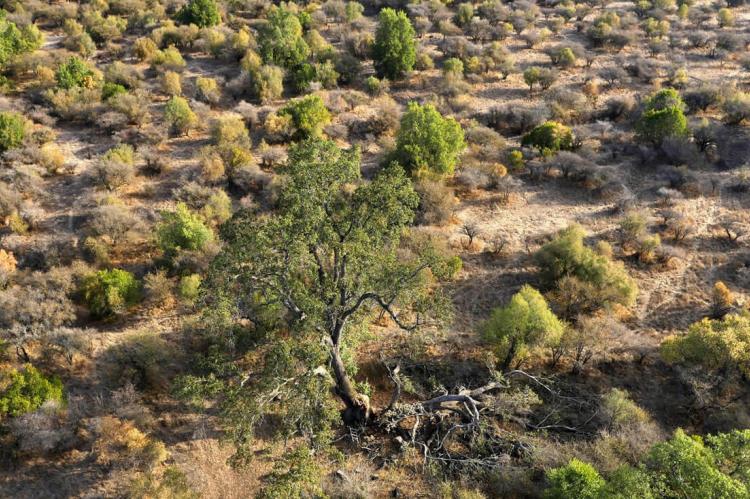 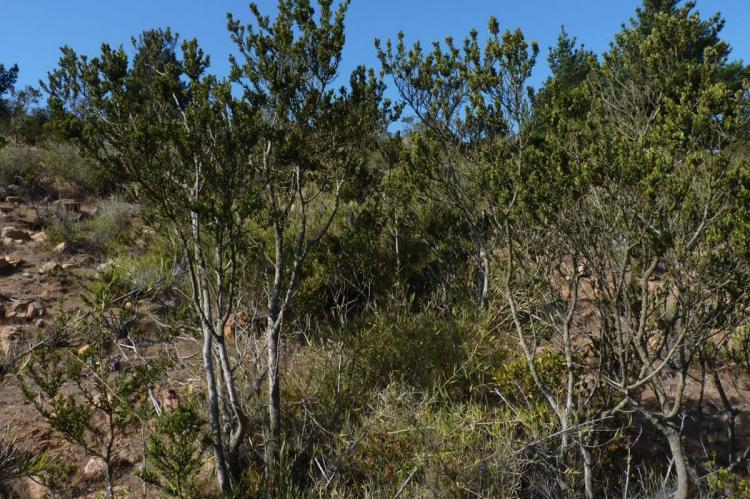 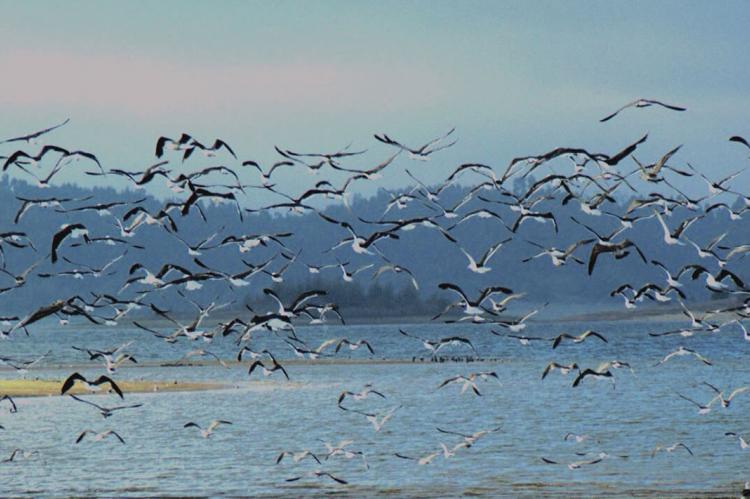 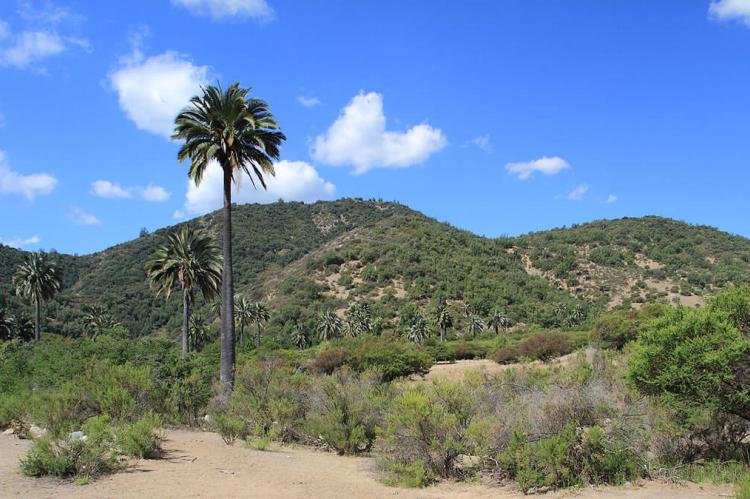 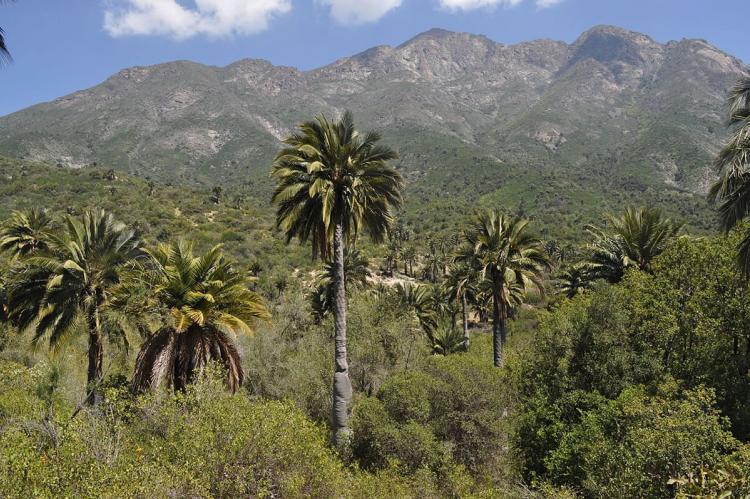 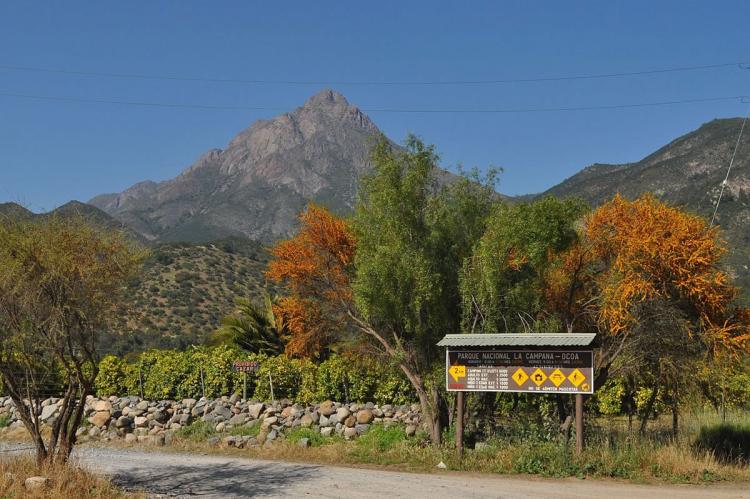 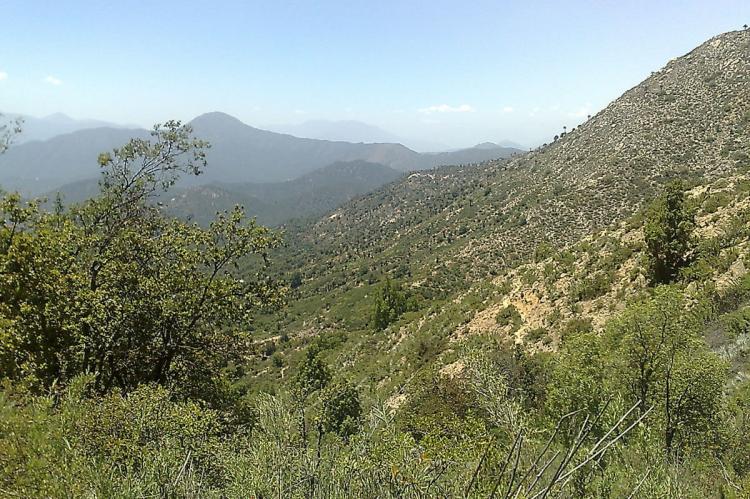 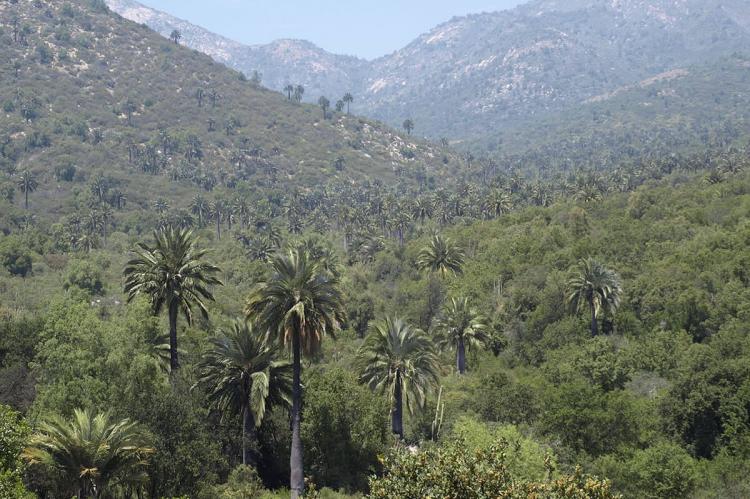 Declared by UNESCO’s Man and the Biosphere Program (MAB) in 1985, the reserve has a surface area of 17,095 ha (66 sq miles) and is located in the Valparaíso Region of Chile.

Forests within the La Campana-Peñuelas Biosphere Reserve are habitats for the Chilean Wine Palm, Jubaea chilensis, an endangered palm. The area harbors one of the two relict stands of Chilean palm (Jubaea chilensis) and roble beech (Nothophagus obliqua) in Chile.

Although not very abundant, the fauna is diverse. Mammals include Culpeo (Dusicyon culpaeus) and Argentine grey foxes (D. griseus).

Peñuelas Lake consists of a permanent freshwater lake with marshes and grasslands associated to its shores, along with semi-arid scrublands that include plantations of introduced Pinus and Eucalyptus. The lake supplies water to the cities of Valparaiso and Viña del Mar.

There is also a body of water forming an important wetland for migratory birds and occasional resident ones, where 125 species of aquatic, riparian and terrestrial birds have been recorded.

The Biosphere Reserve is almost uninhabited. Activities carried out in this Biosphere Reserve are mainly of a recreational nature, with approximately 80,000 visitors per year, and also includes environmental education.

La Campana National Park covers approximately 80 sq km (31 sq mi) and is home to one of the last palm forests of Jubaea chilensis (Chilean Wine Palm), which prehistorically had a much wider distribution than at present. Chilean Wine Palm groves occur in the Ocoa Valley.

The park is in the Chilean Matorral Ecoregion. Besides the Chilean Wine Palm, other typical vegetation species occurring in the park include the Boldo, Litre, Peumo, Patagua, Winter's Bark and Lingue.

Another attraction is the Cerro La Campana, which lends its name to the park. In 1834 Charles Darwin climbed this mountain, during the second voyage of HMS Beagle.

The park is under the supervision of the Forest National Corporation, CONAF (Corporación Forestal Nacional) that belongs to the Department of Agriculture (Ministerio de Agricultura).

The Peñuelas National Reserve was created around Peñuelas Lake, a freshwater reservoir that provides drinking water to Valparaíso and Viña del Mar.

The reserve, which is located in the Valparaíso Region of Chile, was declared a protected area in 1952 in order to protect the drainage of the Peñuelas reservoir and dam, built at the end of the 19th and beginning of the Twentieth century.

The flora of the reserve includes mixed forest, riparian scrub, and deciduous forest and thorny scrub. Exotic tree species are planted in the reserve, including Eucalyptus globulus and Pinus radiata.

A total of 120 bird species have been recorded in the reserve. Leopardus colocolo, Galictis cuja, Conepatus chinga, Lycalopex culpaeus and Lycalopex griseus are mammal species that can be found here.