The near-pristine Serranía de la Macarena National Park is one of Colombia's best-protected. It contains the rivers, streams and waterfalls collectively known as Caño Cristales and commonly called the "River of Five Colors" or the "Liquid Rainbow." 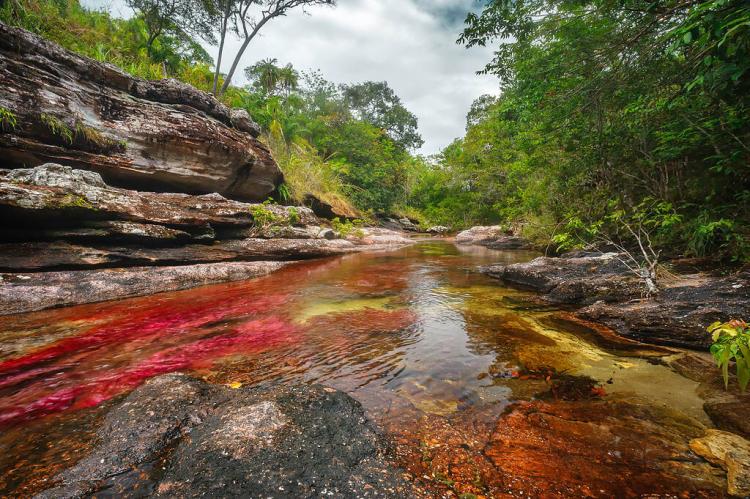 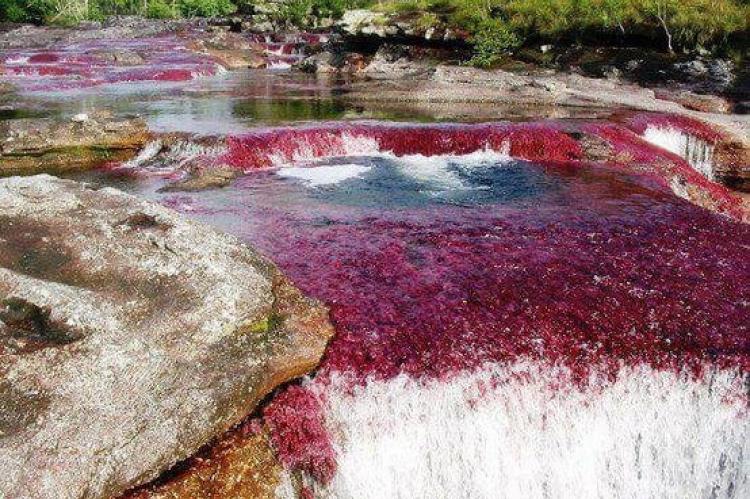 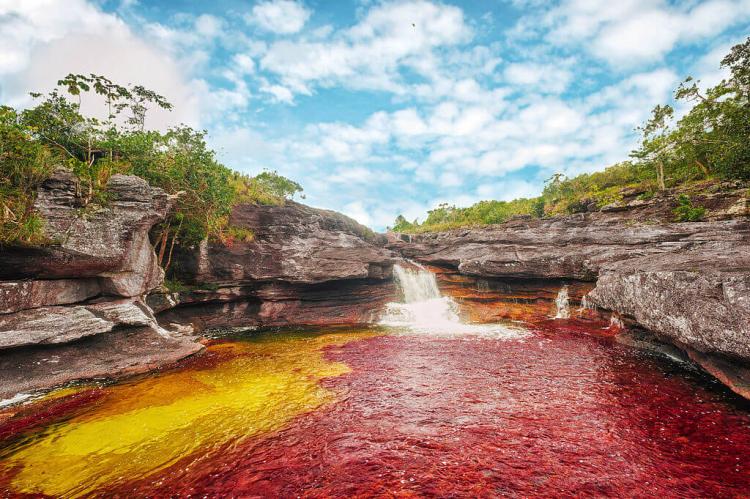 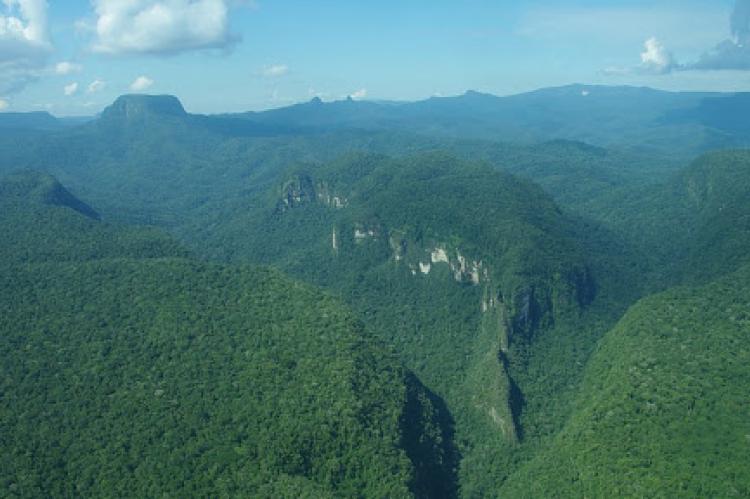 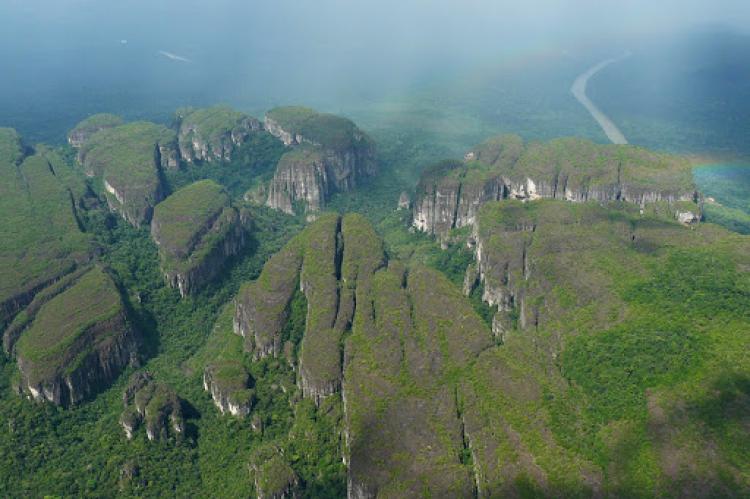 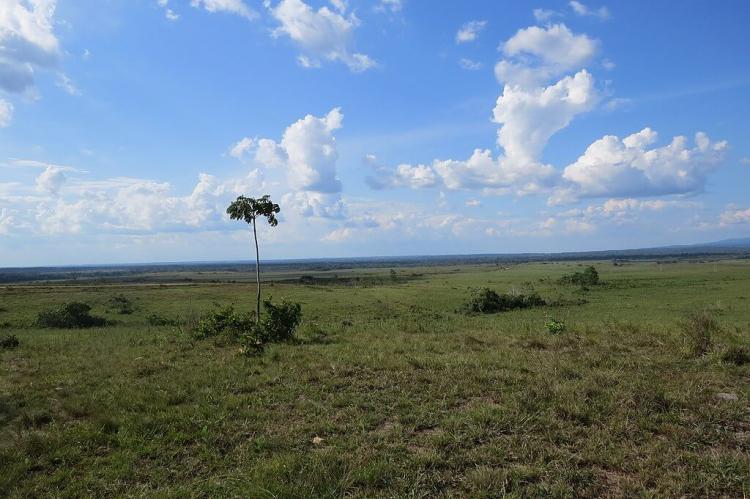 Caño Cristales ("Crystal Channel") is a river located in Colombia's Serranía de la Macarena province. It is a tributary of the Guayabero River which is a part of the Orinoco Basin.

Born on the southern plateau of the Serranía de La Macarena, the river does not exceed 20 m (65 ft) in width; however, it is over 100 km (62 mi) in length. In its upper reaches, it has three branches that join to form the Caño Cristales proper.

Caño Cristales is also commonly called the "River of Five Colors" or the "Liquid Rainbow." It is known for the striking colors that occur in its waters from the end of July through November.

Its waters are variously colored yellow, green, blue, black and especially red. The red color is caused by the riverbed plant Macarenia clavigera (Podostemaceae). These red plants adhere tightly to rocks in places where the river has a faster current.

Clear water, colorful sand and a wide variety of other plants with varying hues, in addition to the red Macarenia clavigera aquatic plant, have given the Caño Cristales the reputation for being Colombia’s most beautiful river.

The Serranía de la Macarena is an isolated mountain range of approximately 120 km (75 mi) in length and 30 km (19 mi) in width, located in Colombia's Meta Department. It was named after the "Virgin of Hope of Macarena."

The status of National Natural Park was designated to the range in 1971 and the entire protected area encompasses 6,200 sq km (2,400 sq mi). The near-pristine park is one of Colombia's best-protected and contains the rivers, streams and waterfalls collectively known as Caño Cristales.

The Serranía de la Macarena is orientated from north to south and is separated by 40 km (25 mi) at its northern extreme from the Cordillera Oriental. Its highest peak is El Gobernador at 2,615 m (8,579 ft) asl.

Located at the confluence point of various ecosystems, Serranía de la Macarena National Natural Park brings together the biotopes specific to the Orinoco Basin, the Guiana Shield, the Amazon Rainforest and the Andean mountain regions.

The surrounding landscape is quite dry and rocky, covered with the unusual Vellozia macarenensis plant, which has evolved to survive the dry climate and accompanying bush fires.

The ecosystems found within the park include rain forest, dry forest, shrubland and savanna. The mountains are home to around 50 known species of orchids and botanists studying the area have identified more than 2,400 other species of plants.

Deforestation is on the Rise in Megadiverse Colombia
Oct 8, 2020 - 11:34
END_OF_DOCUMENT_TOKEN_TO_BE_REPLACED