Chiquibul National Park is the largest national park in Belize. The park surrounds Caracol, an archaeological reserve, that was once one of the most important regional political centers of the Maya Lowlands during the Classic Period. Chiquibul Forest Reserve is adjacent to the park. 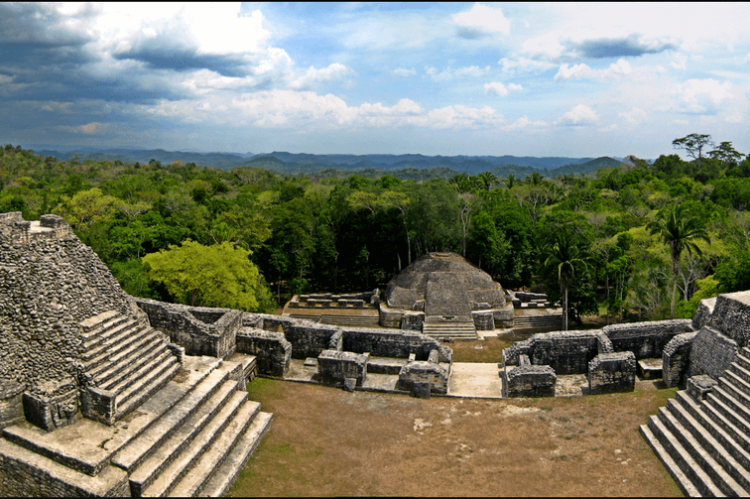 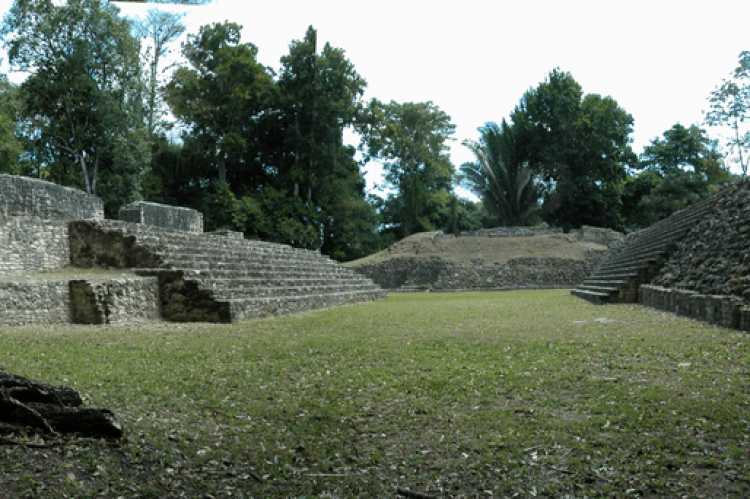 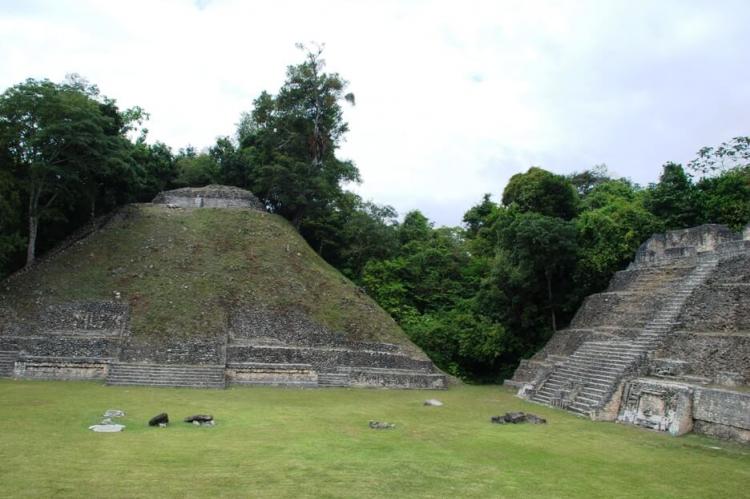 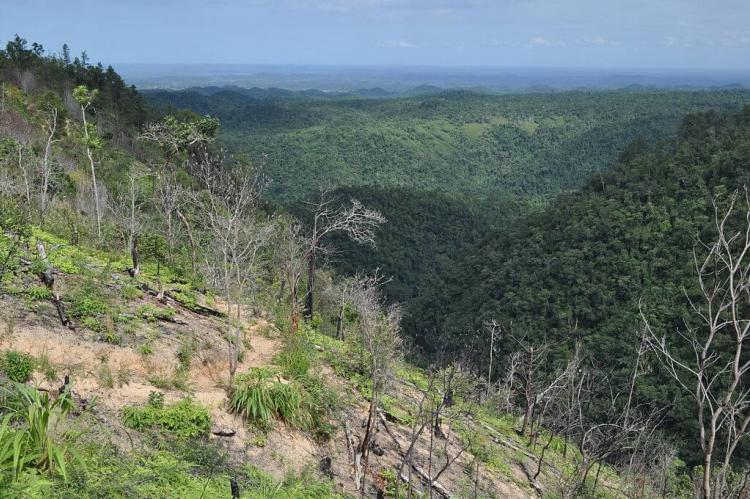 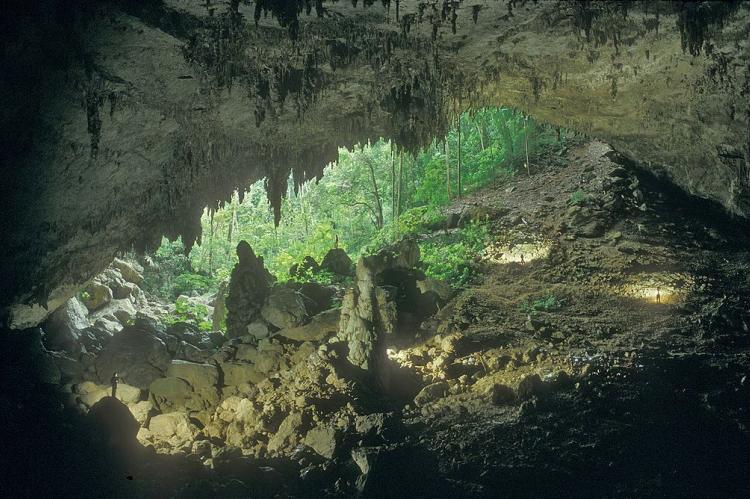 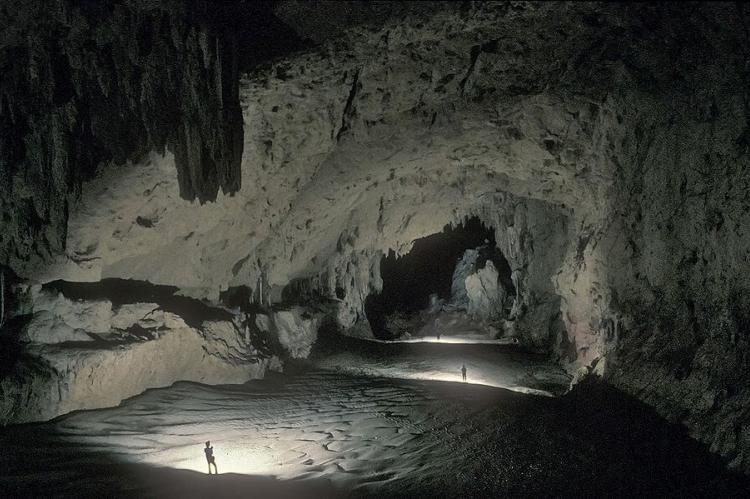 Caracol was a major ancient Mayan city and is now an archaeological site located in west-central Belize. It is situated approximately 76 km (47 mi) southeast of the Mayan city of Tikal in Guatemala. It rests on the Vaca Plateau at an elevation of 500 m (1,640 ft) above sea level, in the foothills of the Maya Mountains.

Long thought to be a tertiary center, it is now known that the site was one of the most important regional political centers of the Maya Lowlands during the Classic Period.

Caracol covered approximately 200 sq km (77 sq mi), an area much larger than present-day Belize City (the largest metropolitan area in the country) and it supported more than twice the modern city's population.

The site was first reported by a native logger named Rosa Mai, who came across its remains in 1937 while searching for mahogany hardwood trees to exploit. Mai reported the site to the archaeological commission for British Honduras, which today is Belize.

In 1985, clearing and excavation of the jungle site began on an extensive scale, initially by a team headed by archaeologists Diane Chase and Arlen Chase of the University of Central Florida.

Mayan glyphs found at the site, as well as other evidence, suggested that Caracol flourished during the middle Classic period (c. 6th century AD), replacing Tikal as the major regional power around AD 562. After a period of decline, the city rose gain as a major power around AD 800.

Excavations have uncovered pyramids, royal tombs, dwellings, monuments and a ball court. Artifacts such as ceramics, murals, altars and carvings have also been found. Preliminary surveys have suggested that the area of the city may exceed that of Tikal.

Chiquibul National Park is the largest national park in Belize at 107,300 ha (265,144 acres) in size and is located in the Cayo District. The National Park surrounds the archaeological site of Caracol, a Mayan city.

Caracol has been designated as an archaeological reserve and is not included within the park's total area. Chiquibul Forest Reserve is adjacent to the park.

Chiquibul National Park was originally part of Chiquibul Forest Reserve, which was designated in 1956. In 1991, due to lobbying from conservationists, the three-quarters of the forest reserve that did not have active logging concessions was re-designated as a national park under Belize's National Parks System Act. The park's borders were re-defined in 1995. Caracol became surrounded by the National Park.

Chiquibul National Park is situated on a layer of limestone strata, the largest area of protected karst in Belize. It incorporates portions of the Chiquibul Cave System, the longest known cave system in Central America.

The forest has been mostly unbroken since the Maya left it centuries ago. The park has high biodiversity. Species found in the park include keel-billed motmots, kinkajous, jaguars, jaguarundis, king vultures, margays, ocelots, ocellated turkeys, Yucatan spider monkeys and Baird's tapirs.

The biological diversity of the park has not yet been fully explored. In 1993, a botanist from Missouri Botanical Garden collected more than 130 plant species previously unreported in Belize. Three of these species had never before been reported in Central America.

The Chiquibul Forest reserve (CFR) lies within Belize's greater Maya Mountains. The Forest Reserve lies adjacent to the Belize-Guatemalan border and as such had been the focus of illegal harvesting of Xate, the leaves from three Chamaedorea species of palm tree, by Guatemalan Xateros.

CFR covers 59,822 ha (147,823 acres) and is bordered in the southwest, east and south by the Chiquibul National Park. It is bordered on the northwest by the Caracol Archaeological Reserve (CAR) and in the north by the Mountain Pine Ridge.

This provides a diversity which habitat for a wide variety of fauna, including many rare species such as jaguar, ocelot, margay and scarlet macaw. Receiving approximately 2,000 mm (79 in) of rainfall per year, the area forms part of the Belize River watershed and the riparian areas that support the Baird’s tapir.