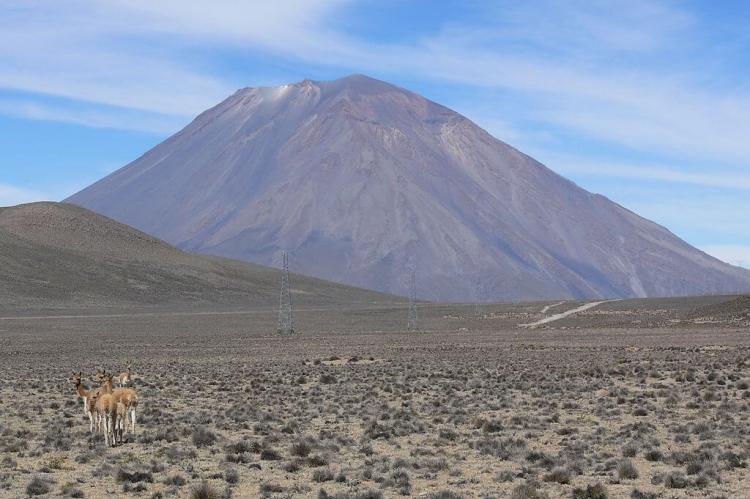 The Central Andean puna ecoregion is a high elevation montane grassland and shrubland in the southern high Andes, extending from southern Peru, though Bolivia and into northern Argentina.

The landscape in this ecoregion consists of high mountains with permanent snow and ice, mountain meadows, high lakes, plateaus and valleys.

Despite its characteristic dryness and because it still maintains nearly unaltered blocks of habitat, the Central Andean puna represents an important area for the conservation of endemic species of both flora and fauna.

Flora consists typically of open meadows with rocks, bunchgrass, herbs, moss and lichen. Grasses are represented by the genera Calamagrostis, Agrostis and Festuca.Parastrephia lepidophylla and Margyricarpus are small bush species found here. Azorella compacta and Puya raimondi are shared with the wet puna. Polylepis, Buddleja and Escallonia are trees found at lower elevations.

This ecoregion faces increasing mining activity that is leading to the destruction of its scarce plant cover as well as the contamination of some bodies of water and the soil.

In addition, this region has a large number of population centers and highways that cross the Andes, leading to a decline in natural habitat and growing pressures on the existing fauna.

Fortunately, a portion of these habitats is represented within some existing protected natural areas and most plant formations are included in these areas.

Protected natural areas within the Central Andean puna ecoregion include: