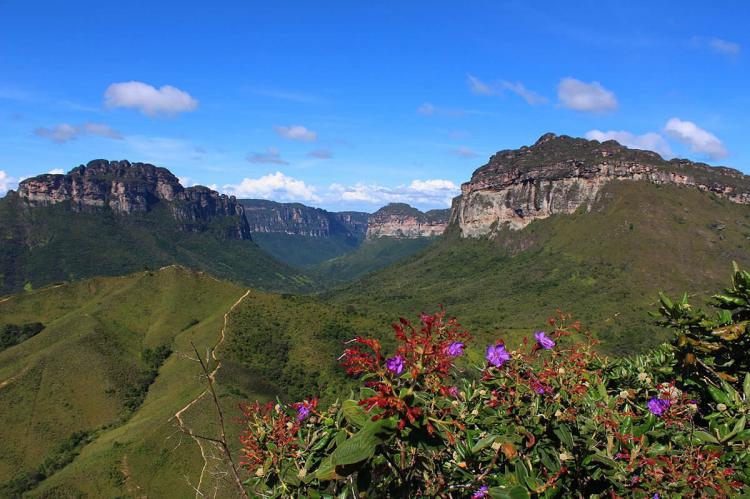 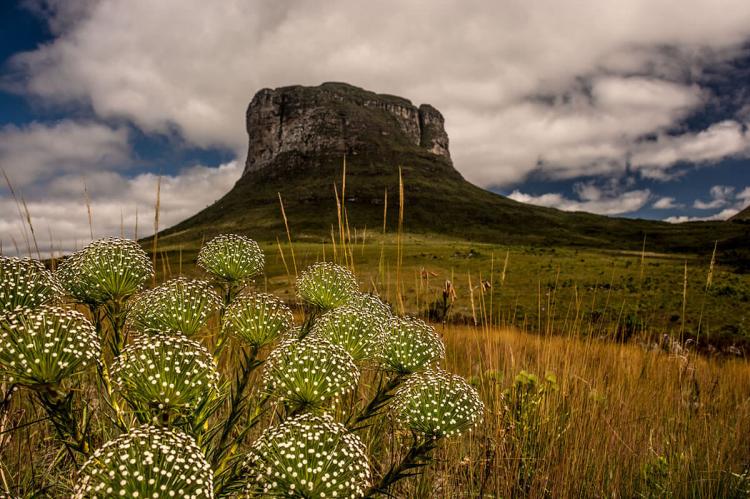 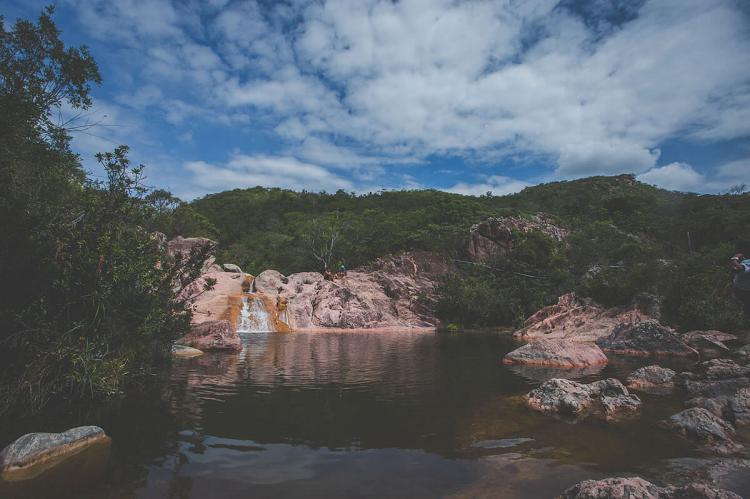 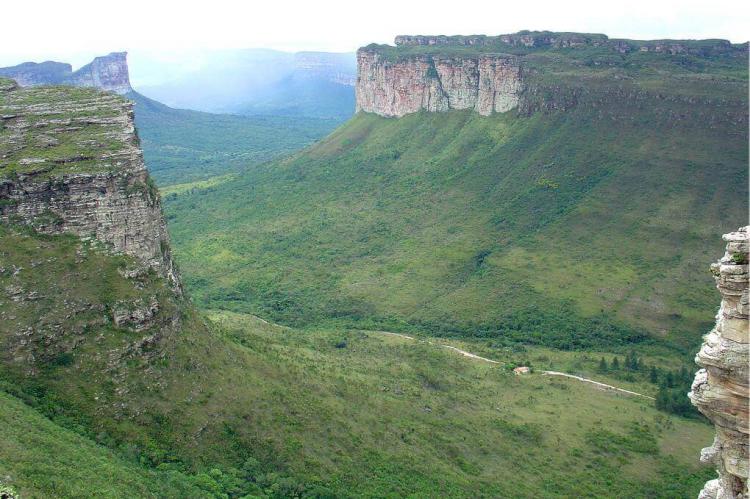 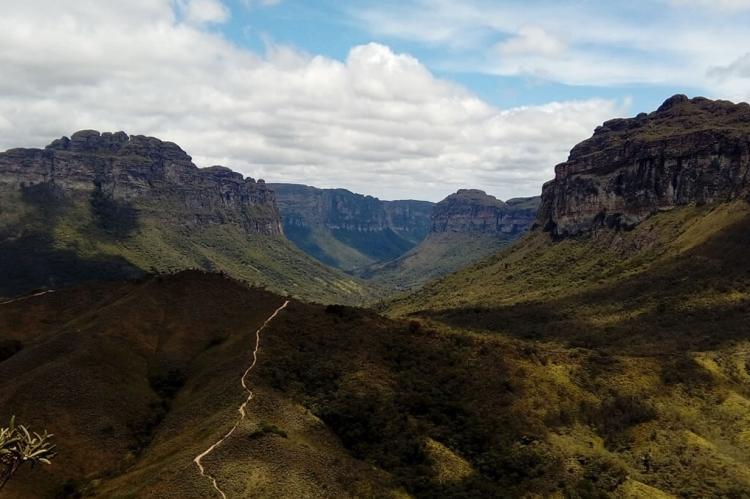 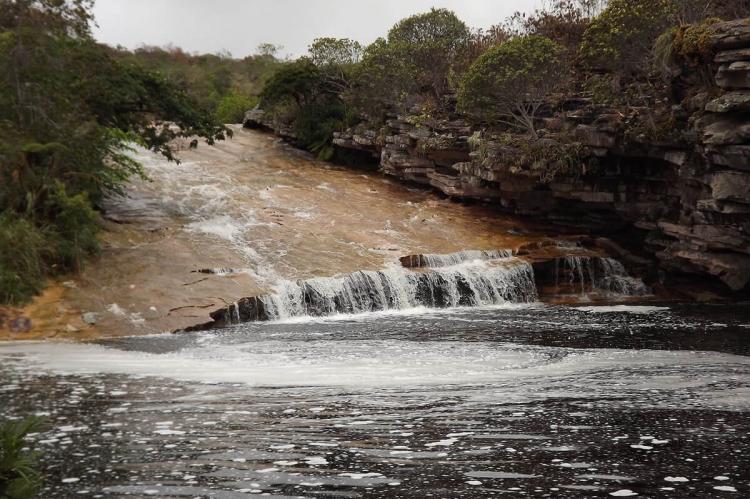 The Chapada Diamantina region is located on the Atlantic plateau, within the Brazilian Highlands, in northeastern Brazil. An extension of the Serra do Espinhaço mountain range, it covers approximately 38,000 sq km (15,000 sq mi) and encompasses 58 municipalities.

The plateau forms a watershed, draining on one side into the São Francisco River and on the other into the De Contas River and Paraguaçu River.

Chapada Diamantina National Park is located in the Chapada Diamantina region of the state of Bahia, Brazil. The terrain is rugged and primarily covered by flora of the Caatinga biome. The park covers 152,142 ha (375,950 acres) and is administered by the Chico Mendes Institute for Biodiversity Conservation.

The National Park lies in the rugged Sincorá Range in the east of the plateau, an area of folded and heavily eroded structures. The range is elongated in a north-south direction, and has an average width of 25 km (16 mi). The highest point of the state is in the park, the 2,036 m (6,680 ft) Pico do Barbado.

The range forces moist air moving west from sea upward which causes higher levels of rainfall, particularly in the east. There are many systems of caves formed by the rivers of the region.

Another important aspect is the presence of prehistoric archaeological sites from the pre-Columbian period which are often represented by rock paintings.

The National Park contains a large mosaic of unique types of vegetation, in a unique combination of three biomes: caatinga, cerrado and Atlantic Forest.

Vegetation includes typical Caatinga xerophytic formations at altitudes from about 500 to 900 m (1,600 to 3,000 ft), Atlantic Forest vegetation along the watercourses, meadows and rocky fields higher up.

The hooded visorbearer (Augastes lumachellus) hummingbird is endemic. There are few large mammals but there are many species of small mammals, reptiles, amphibians, birds and insects.