El Cielo Biosphere Reserve is situated in in the southern part of Tamaulipas state, within the Sierra de Cucharas, a mountain range derived from the Sierra Madre. It protects the northernmost extension of tropical forest and cloud forest and is one of the most ecologically rich and diverse places of Mexico. 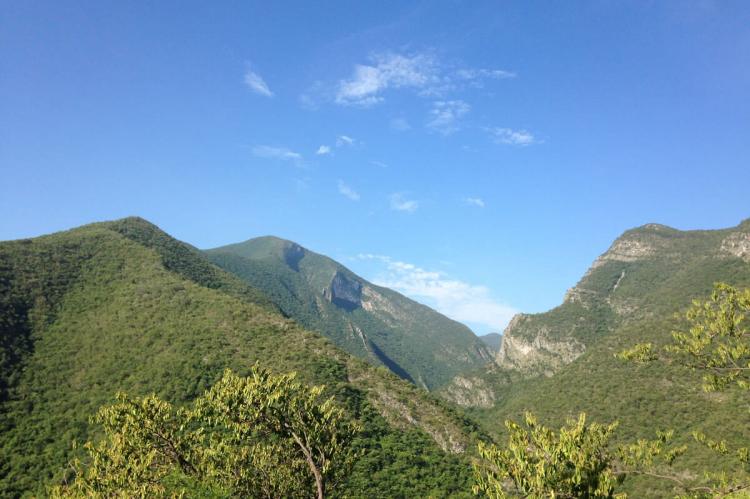 The El Cielo Biosphere Reserve is situated in in the southern part of the Mexican state of Tamaulipas within the Sierra de Cucharas, a mountain range derived from the large Sierra Madre range.

It is one of the most ecologically rich and diverse places of Mexico. It comprises 14 vegetation types, dominated by the tropical sclerophyllous forest.

El Cielo Biosphere Reserve includes various transition ecosystems with characteristic temperate zone elements. The main aim is to protect the vegetation of the montane cloud forest because of its wealth of species and scant extension in the country (1%).

Other types of vegetation are the sub-deciduous tropical forest, the pine-oak forests and the xerophyte shrubland containing threatened or endangered endemic species.

Six species of cats, none abundant, are found in the biosphere: jaguar, mountain lion, ocelot, margay, jaguarundi, and bobcat. A small population of black bears is present.

At least 255 species of birds are resident in the biosphere preserve and more than 175 migratory species have been recorded. Both birds and mammals are a mixture of temperate and tropical species

Reptiles include Phrynosoma cornutum, Gopherus berlandieri and species of the Crotalus genus.

The local population of 6,208 inhabitants (1999), dispersed in 47 communities, are mainly engaged in seasonal agriculture as maize, beans, pumpkin and fruits crops, hunting and forestry exploitation.