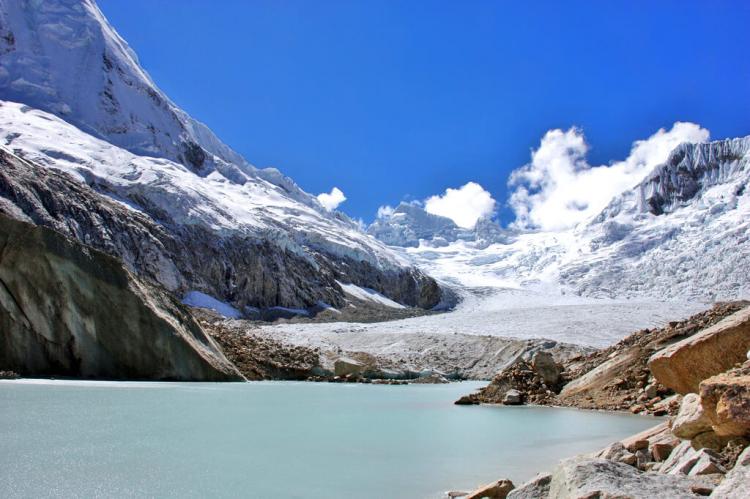 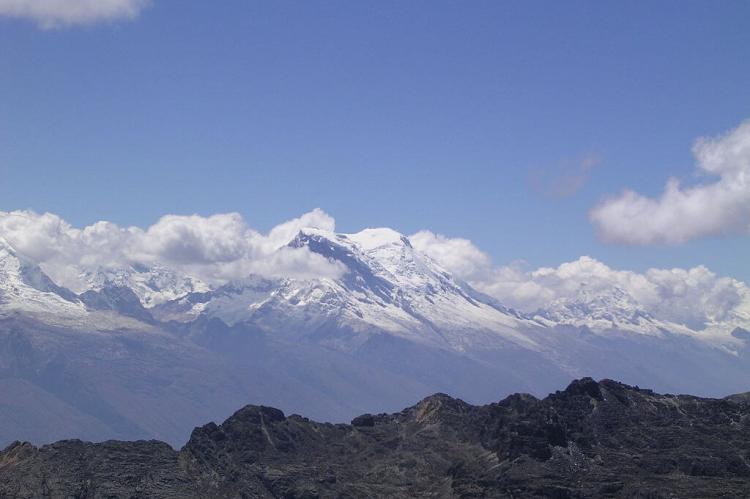 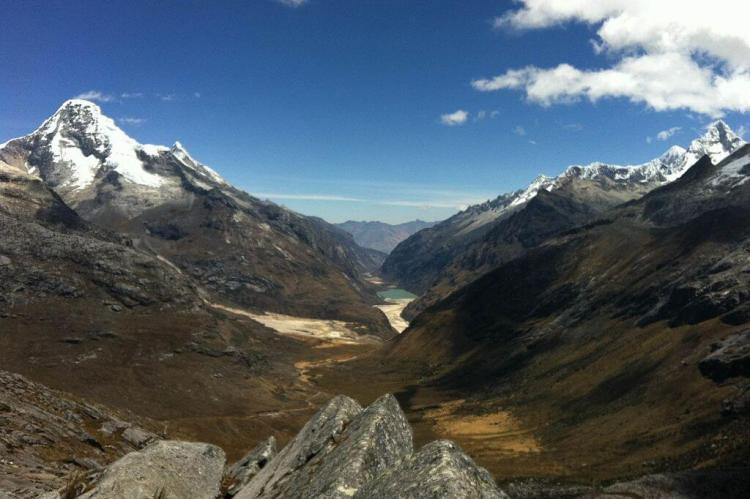 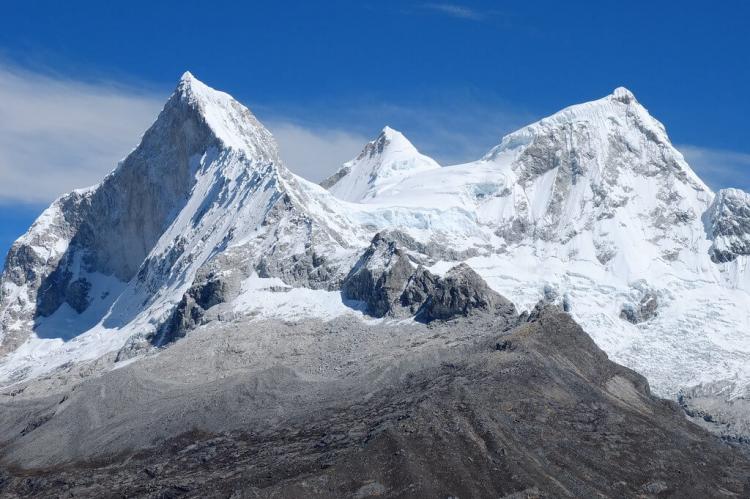 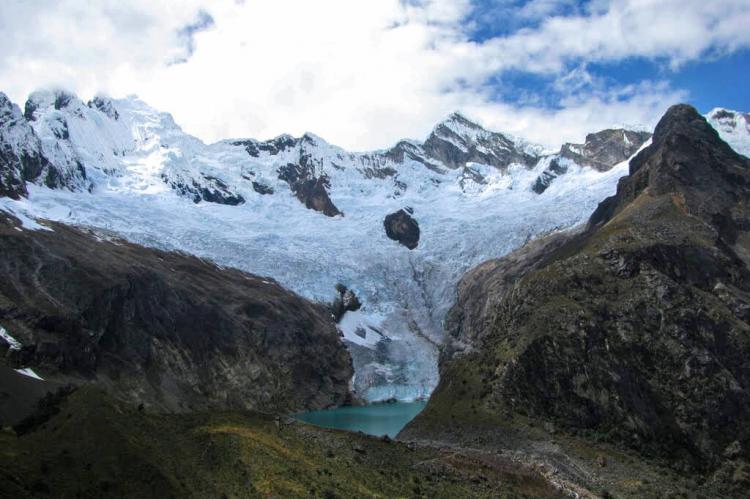 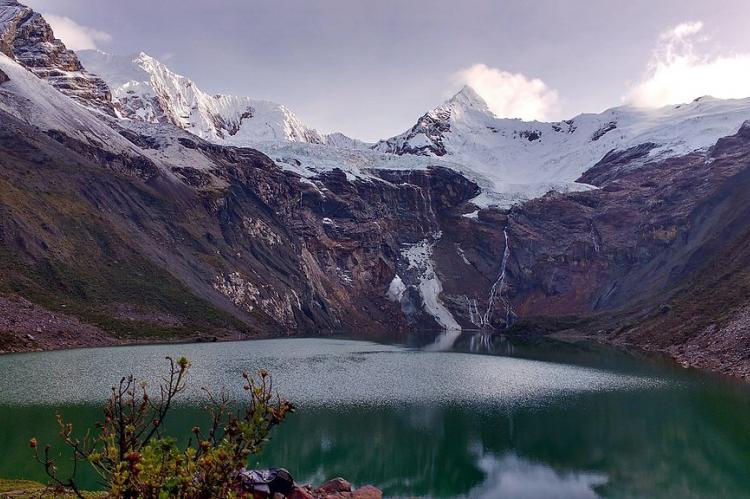 Huascarán National Park encompasses almost the entire range and has also been designated by UNESCO as both a Biosphere Reserve and World Heritage Site.

The snow capped range extends about 110 mi (180 km) and has a southeast to northwest trend. It lies in the Ancash region and runs parallel to the Santa River valley on its west. The range is separated from the Cordillera Negra to the west by the Santa River and the Huaylas Valley.

The Cordillera Blanca is the most extensive tropical ice-covered mountain range in the world and has the largest concentration of ice in Peru. Snow melt provides part of northern Peru with its year-round water supply, while 5% of Peru's power comes from a hydro-electrical plant located in the Santa River valley.

Like all Andean glaciers, the Cordillera Blanca has witnessed a major retreat of its glaciers during the 20th century due to global climate change. Studies have shown a retreat of over 15% since the 1970's. Based on analysis of satellite imagery, in 2003 there were 485 glaciers left, covering an area of about 570 sq km (220 sq mi).

Among the most important lakes in the range are:

Among the most important hot springs in the area are Monterrey and Chancos, which have been transformed into thermal bath facilities.

The main types of plant communities present in the area are the vegetation of inter-Andean valleys (xerophytic plants in the lower elevations and shrubs and grassland at the higher elevations) and high-altitude vegetation (Puna grasslands and patches of high Andean forest).

More than 120 bird species have been reported in Huascarán National Park. The most notable include the Andean condor, the torrent duck, the puna tinamou, the brown pintail, the Andean crested duck, the white-tufted grebe, the giant coot, and the Andean gull.

Among the mammals reported in the same area are the colocolo, the Andean mountain cat, the spectacled bear, the taruca deer, the vicuña, the white-tailed deer, the puma, the northern viscacha, the long-tailed weasel, the hog-nosed skunk and the Andean fox.