Cueva de las Manos, Río Pinturas, contains an assemblage of cave art, executed between 13,000 and 9,500 years ago. The people responsible for the paintings may have been the ancestors of the historic hunter-gatherer communities of Patagonia found by European settlers in the 19th century. 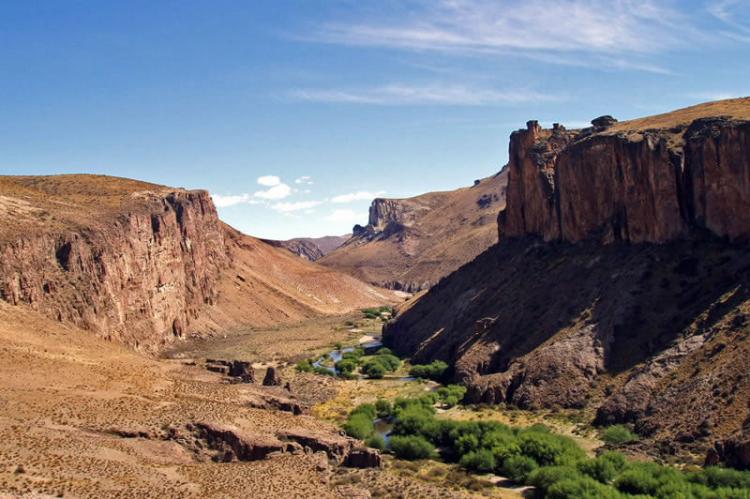 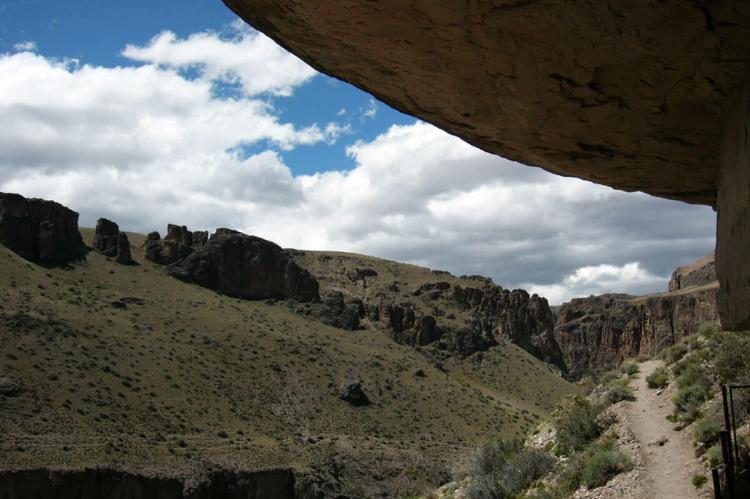 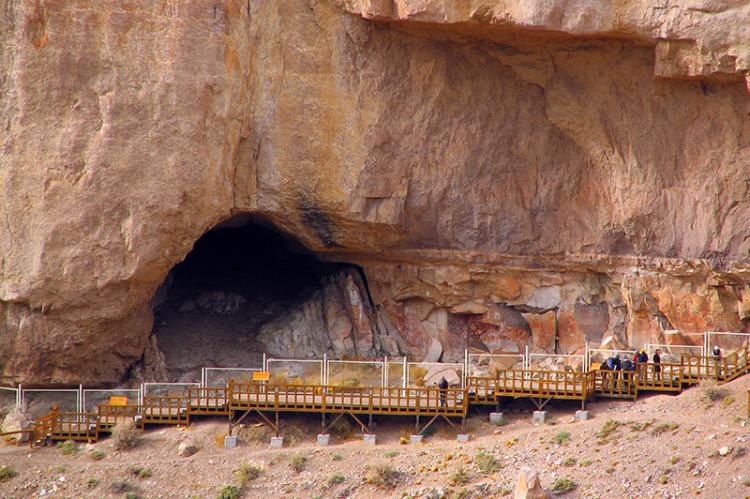 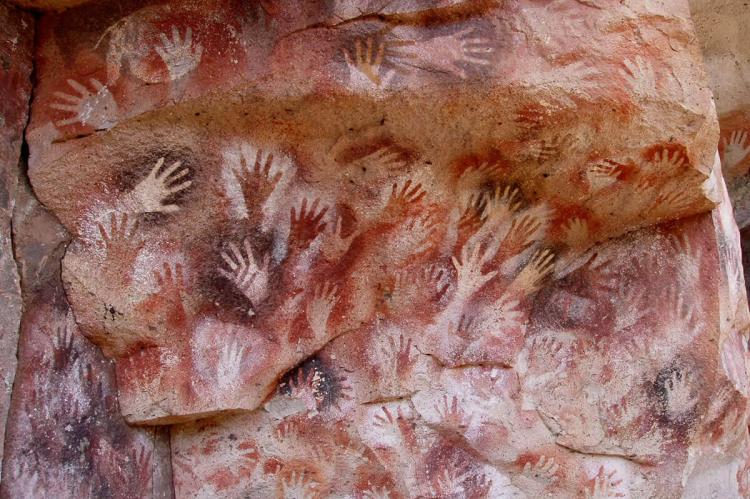 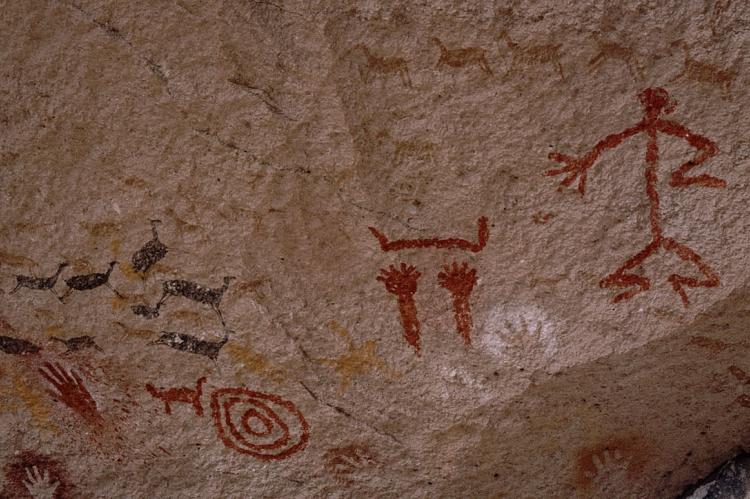 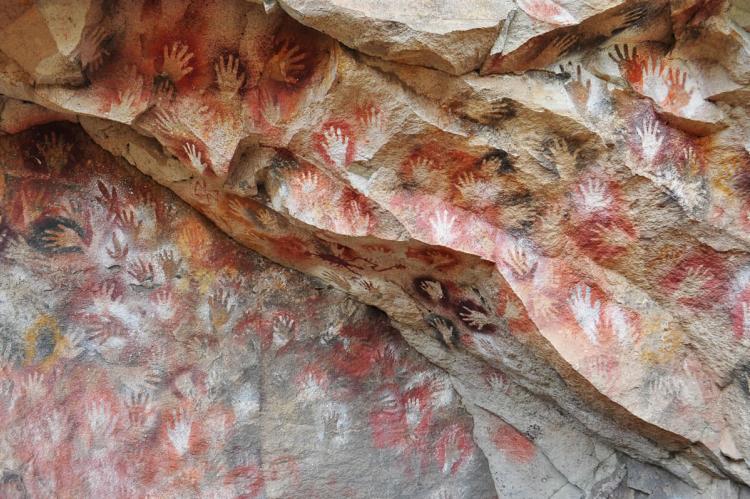 Cueva de las Manos, Río Pinturas contains an assemblage of cave art, executed between 13,000 and 9,500 years ago. The site was last inhabited around 700 AD. It was entered on the UNESCO World Heritage List in 1999.

Located in the province of Santa Cruz, Argentina, the cave lies in the valley of the Pinturas River. The Pinturas River Canyon valley, at a height of 240 m (787 ft) above sea level, is an isolated spot in the Patagonian landscape.

The people responsible for the paintings may have been the ancestors of the historic hunter-gatherer communities of Patagonia found by European settlers in the 19th century.

The Aónikenk people, also referred to by the exonym Tehuelche, are an indigenous people in South America, with existing members of the group currently residing in Argentina.

Cueva de las Manos takes its name (Cave of the Hands) from the stenciled outlines of human hands in the cave but there are also many depictions of animals, such as guanacos (Lama guanicoe), still commonly found in the region. In addition, there are hunting scenes that depict animals and human figures interacting in a dynamic and naturalistic manner.

The entrance to the Cueva is screened by a rock wall covered by many hand stencils. Within the rock shelter itself there are five concentrations of rock art, later figures and motifs often superimposed upon those from earlier periods.

The paintings were executed with natural mineral pigments – iron oxides (red and purple), kaolin (white), natrojarosite (yellow), and manganese oxide (black) – ground and mixed with some form of binder.

The artistic sequence, which includes three main stylistic groups, began as early as the 10th millennium BP [Before Present]. The sequence is a long one: archaeological investigations have shown that the site was last inhabited around AD 700 by the possible ancestors of the first Tehuelche people of Patagonia.

Cueva de las Manos, Río Pinturas is considered by the international scientific community to be one of the most important sites of the earliest hunter-gatherer groups in South America during Early Holocene that still maintains a good state of preservation.

The rock art, its natural environment and the archaeological sites in this region are some of the very important reasons that made this area a focus for archaeological research for more than 25 years. These scenes represent a unique window into the first Patagonian hunters’ behavior and their hunting techniques.