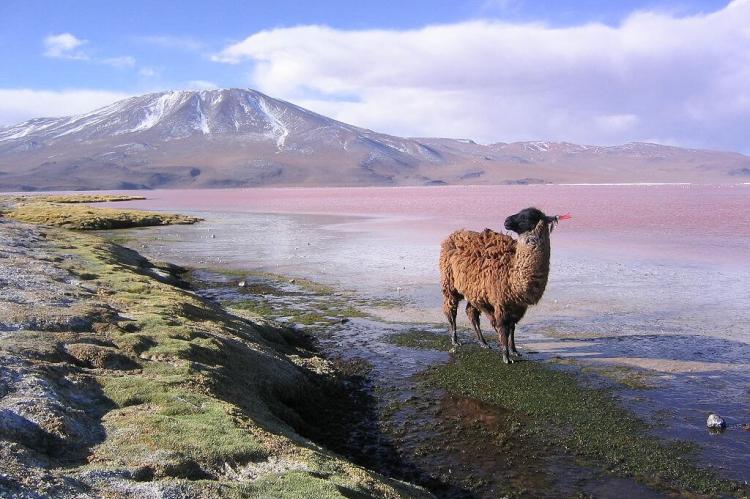 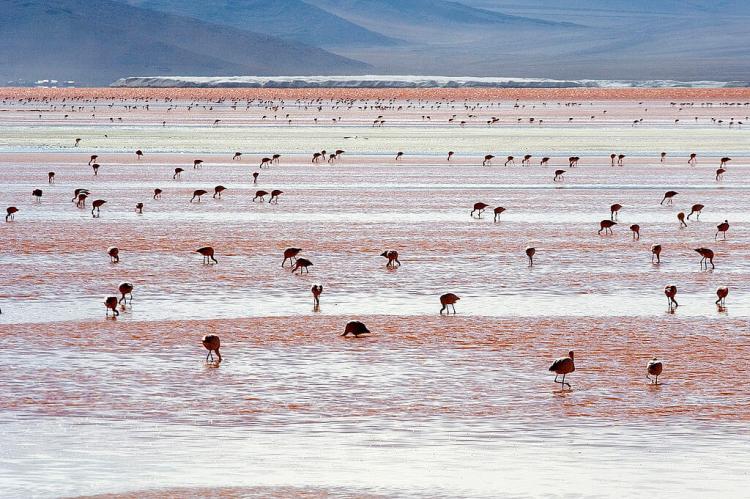 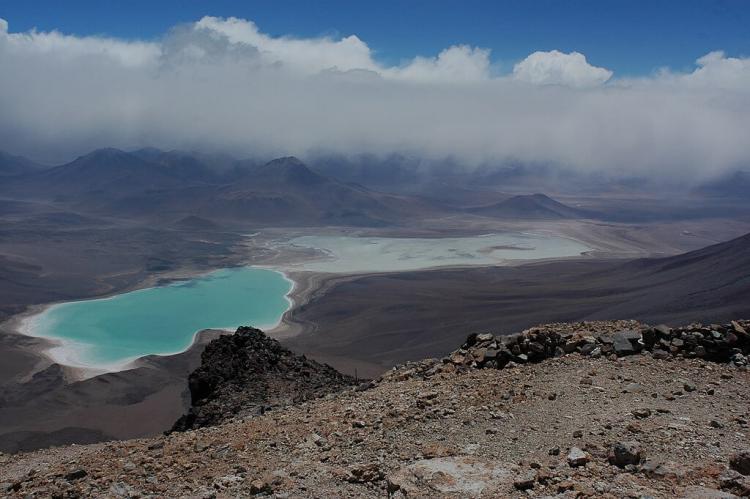 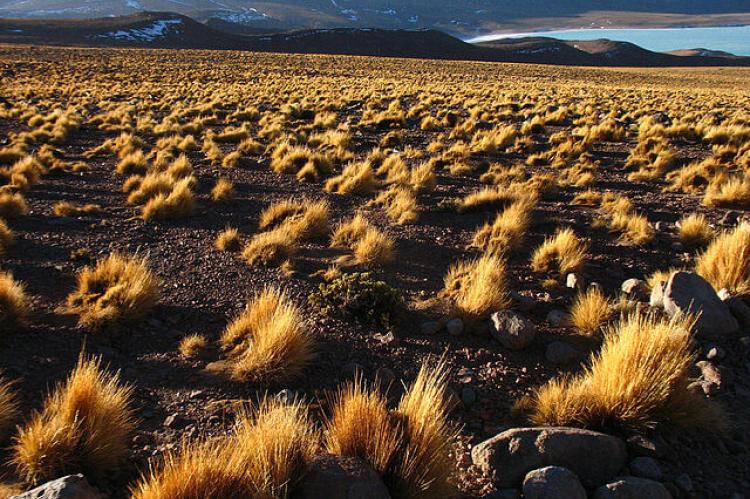 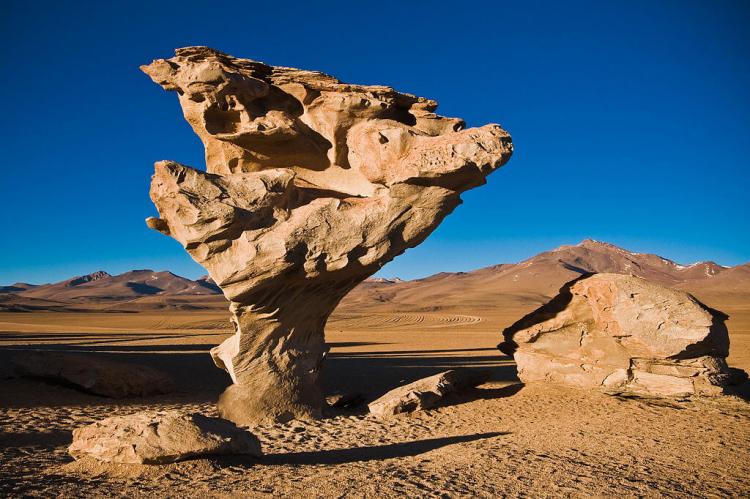 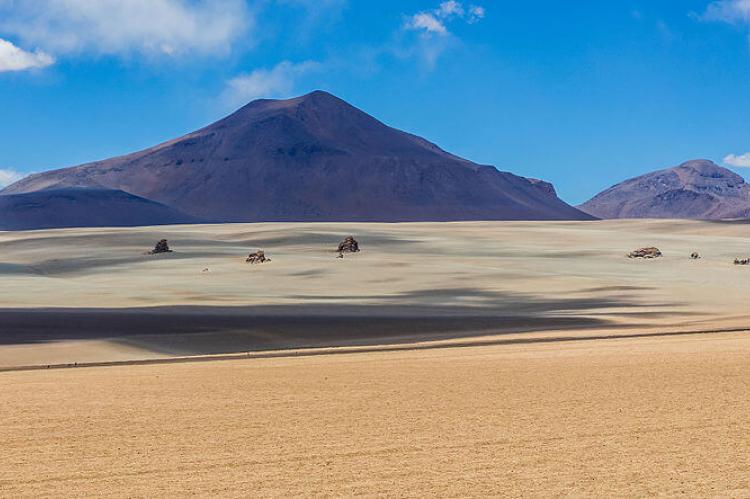 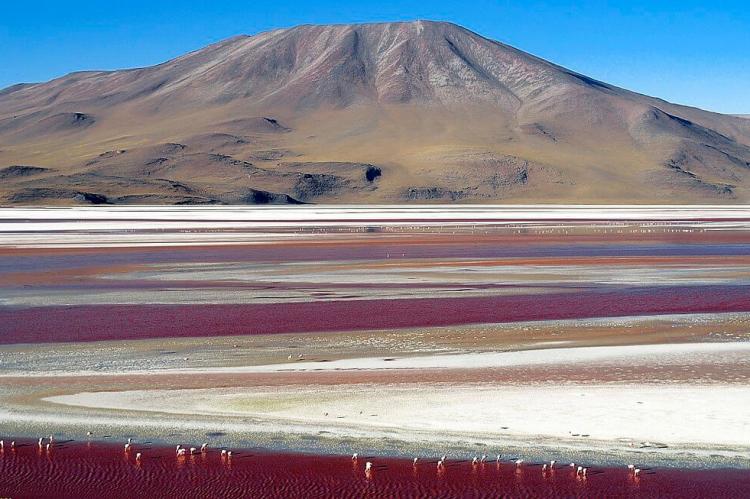 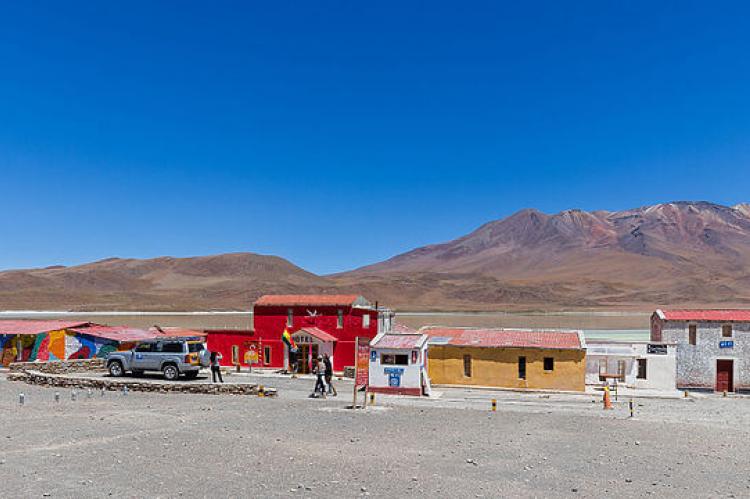 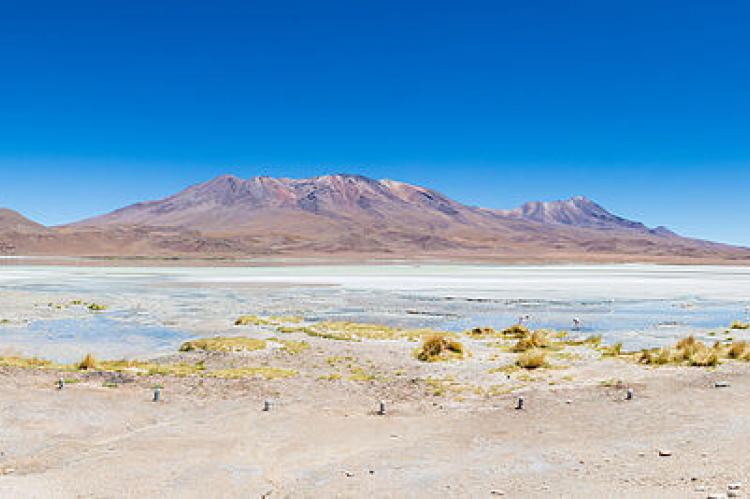 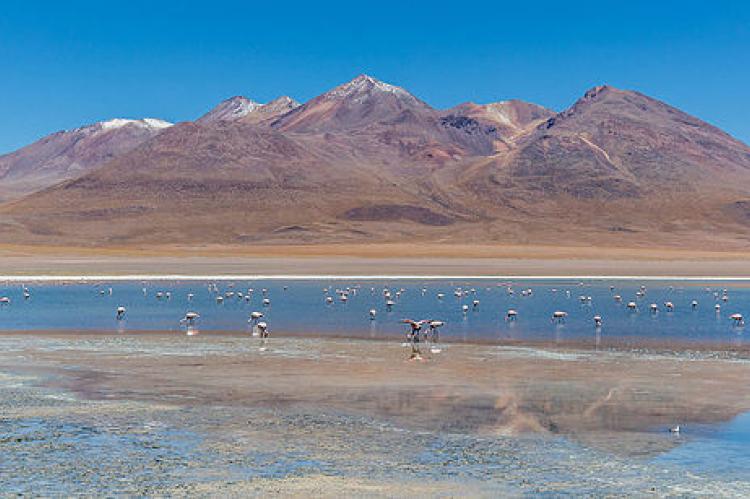 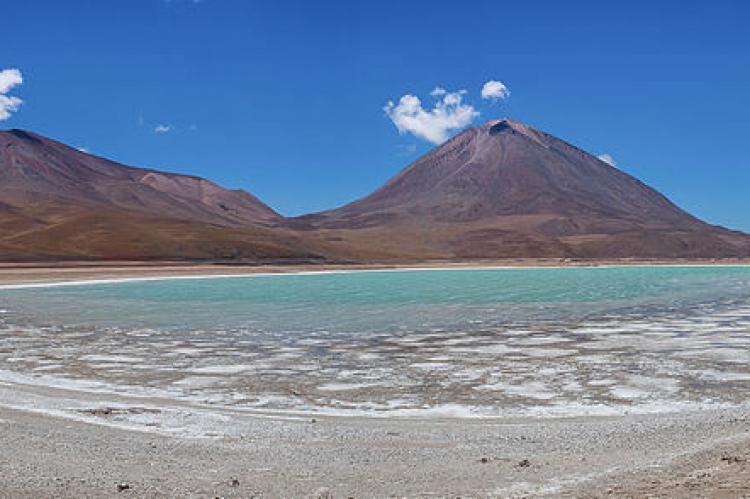 Located in Sur Lípez Province, the reserve is considered the most important protected area, in terms of tourist influx, in the Potosí Department. Two communities, founded in the 1920's – Quetena Chico and Quetena Grande – lie within the reserve.

Located at an altitude between 4,200 m (13,800 ft) and 5,400 m (17,700 ft) in the southern region of Andean mountains in southwestern Bolivia, the Eduardo Avaroa Reserve extends over an area of 714,745 ha (1,766,170 acres) and includes the Laguna Colorada National Wildlife Sanctuary. The entire reserve is part of the larger Los Lípez Ramsar site.

The reserve's climate in winter (May to August) is dry, generally with no rain during the summer (December to April). The average temperature is 3 °C (37 °F). The lowest temperatures are recorded during the months of May, June and July.

Salar de Chalviri, also known as Salar de Ohalviri, is a salt flat in the heart of the Reserve at an elevation of approximately 4,400 m (14,400 ft).

To the southwest of Salar de Chalviri, lies Desierto de Dalí (Salvador Dalí Desert, which is an extremely barren valley entirely contained within the borders of the Reserve and is characterized by landscapes that resemble surrealist paintings by Salvador Dalí.

The Eduardo Avaroa reserve contains the following mountain peaks, in alphabetical order, along with their corresponding height:

The Eduardo Avaroa reserve, which is located within the Central Andean Dry Puna ecoregion, has vegetation consisting of tropical alpine herbs with dwarf shrubs of the forests of Polylepis. Plant and tree species are reportedly about 190 species, in the harsh terrain, which have emerged given the conditions of salinity, lack of fresh water, low temperatures, and scarcity of nutrients.

Flora restricted to this and other ecoregions include the genera Barneoudia, Hexaptera, Nototriche, Pycnophyllum and Werneria. The vegetation is characterized by the strong presence of pasture grass (straw) such as Peruvian feather grass (Stipa ichu) in some plains and hillsides.

The important plant species on which people are dependent for fuel wood in the area is yareta, which grows in the forest of the reserve at 1 - 3 mm (0.039 - 0.118 in) per year amidst rocky terrain. This hardwood tree, which looks like a foamy bubble bath but is as hard as stone, grows slowly, attaining a height of about 5 ft (1.5 m) in height with girth of 10 ft (3.0 m) and can be as old as 3000 years.

In places with higher humidity, Tola or Thola (Parastrephia lepidophylla), Quinoa and the Kenua bush tree can sometimes be found.

The reserve is habitat for ten reptile species (including two lizards of the genus Liolaemus), amphibians and fish. Other domesticated animals that are raised in 500 villages inhabited by Quetena Grande and Quetena Chico communities are the llamas and alpacas; however, grazing by these animals on the native grasses and plants in the reserve has a detrimental effect on the conservation of the park.

The fauna is characterized by the presence of species that have adapted to extreme living conditions in the region, some of them endangered.

Of the Chilean (Phoenicopterus chilensis), Andean (Phoenicoparrus andinus) and James (Phoenicoparrus jamesi) flamingos in the reserve, their population was recorded in 1994 as 26,600. In addition, the reserve is the habitat for 80 more species of birds, which include falcons, ducks, lesser or Darwin's rhea (Pterocnemia pennata), puna tinamou (Tinamotis pentlandii) and Andean goose (Chloephaga melanoptera).

Mammals reported in the protected reserve total 23 species; which include pumas, Andean foxes (Pseudalopex culpaeus) and vizcacha (rabbit -like).