The Spanish system of fortifications in San Juan, Puerto Rico, is the oldest European construction in the United States and one of the oldest in the New World. These fortifications guarded the entrance to San Juan Bay and protected Spanish commerce in the Caribbean basin. 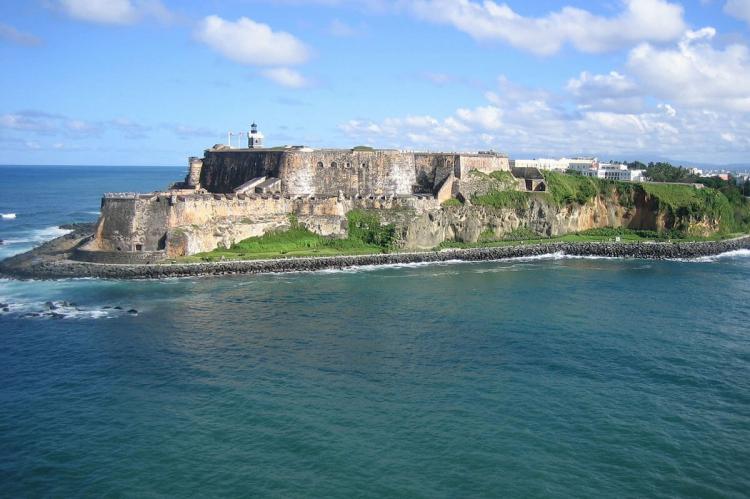 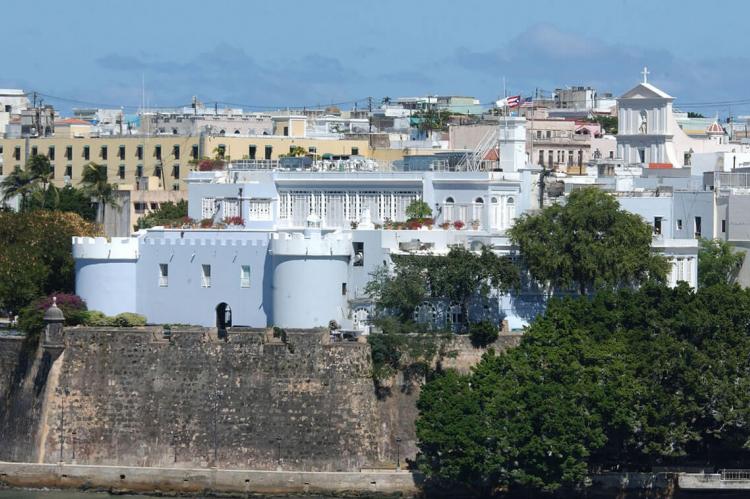 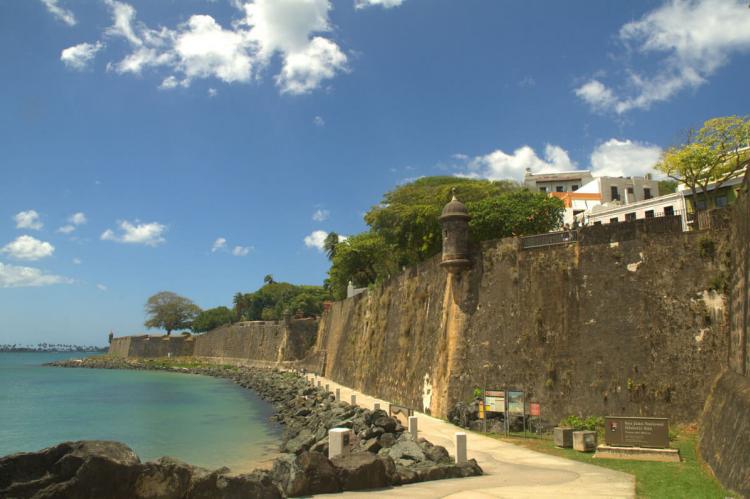 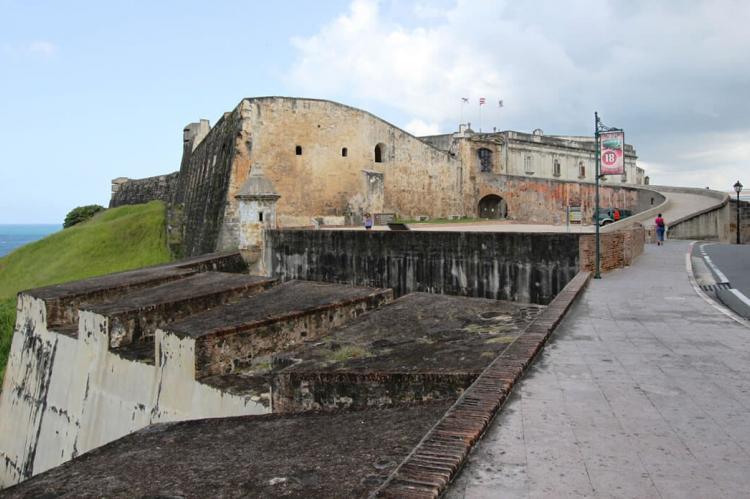 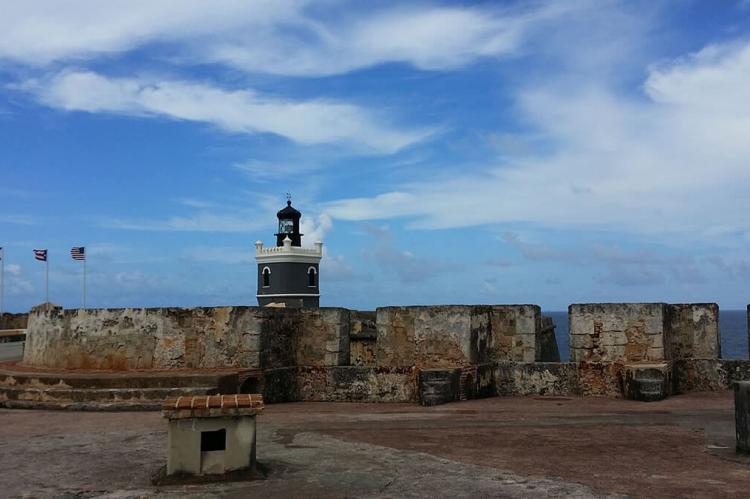 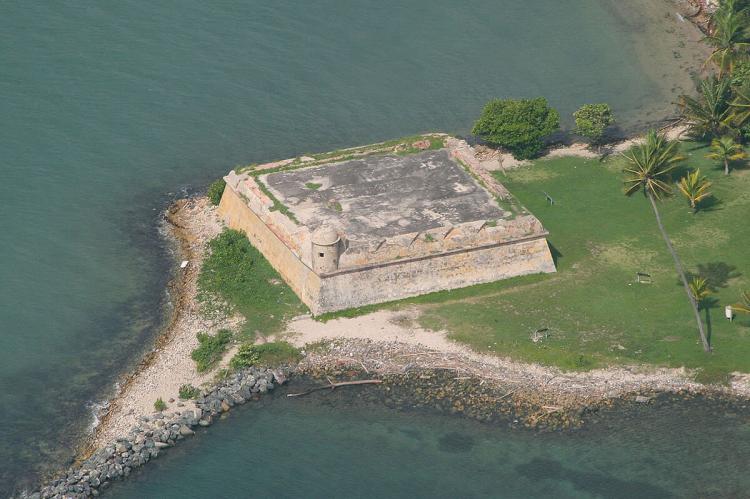 La Fortaleza and San Juan National Historic Site in Puerto Rico is a World Heritage Site. Part of the larger Old San Juan Historic District, the Spanish system of fortifications in San Juan, Puerto Rico is the oldest European construction in the United States and one of the oldest in the New World.

Between the 16th and 20th centuries, a series of defensive structures was built at this strategic point in the Caribbean Sea to protect the city and the Bay of San Juan. They represent a fine display of European military architecture adapted to harbor sites on the American continent.

During the 16th century, recognizing the need to protect the Spanish treasure fleets on their voyages to and from the New World, the Spanish erected vast fortifications throughout their territories in the Caribbean Islands and the Gulf of Mexico.

These fortifications guarded the entrance to San Juan Bay, helped the Spanish maintain sovereignty over Puerto Rico, and protected Spanish commerce in the Caribbean basin.

The main elements of the massive fortification of San Juan are La Fortaleza, the three forts of San Felipe del Morro, San Cristóbal and San Juan de la Cruz (El Cañuelo), and a large portion of the City Wall, built between the 16th and 19th centuries to protect the city and the Bay of San Juan.

They are characteristic examples of the historic methods of construction used in military architecture over this period, which adapted European designs and techniques to the special conditions of the Caribbean port cities.

The forts and three miles of city wall are fine examples of military architecture reflecting the power and glory of the Spanish Empire, and the beginning of European ascendancy in world affairs. San Juan National Historic Site preserves these massive fortifications.

Casa Blanca and La Fortaleza were the first fortifications the Spanish constructed in San Juan after Columbus reached Puerto Rico in 1493.

Erected in 1525, the Casa Blanca was a small blockhouse the Spanish settlers built during the first years after San Juan’s establishment in 1521. The house provided defense against attacks from the Caribbean Indians and a home for the Puerto Rican governor’s family, who at the time were the descendants of the Spanish explorer Juan Ponce de Leon.

The second stronghold, La Fortaleza, also known as "Palacio de Santa Catalina" (Santa Catalina Palace), was completed by the Spanish in the 1530's. La Fortaleza was and continues to be the residence of governors. Although greater in size and strength, La Fortaleza provided only minimal protection for the port of San Juan Bay.

La Fortaleza (founded in the early 16th century and considerably remodeled in later centuries) reflects developments in military architecture during its service over the centuries as a fortress, an arsenal, a prison, and residence of the Governor-General and today the Governor of Puerto Rico.

Recognizing their mistake with the positioning of La Fortaleza, the Spanish began construction of a stronger and more efficient fortification for the protection of the city’s anchorage at the entrance of the San Juan harbor in 1539. Castillo de San Felipe del Morro has a round masonry tower and resembles a castle.

Although the Spanish defeated Drake’s forces, the English Crown was determined to seize Puerto Rico and, in 1598, commissioned the Earl of Cumberland to lead the second attack on San Juan.

Cumberland realized Drake’s mistake in attacking the Spanish fortification from the harbor entrance and instead besieged El Morro from behind through a successful land attack.

Eventually, the Spanish regained control of the fort after an epidemic forced the English to abandon El Morro, which the Spanish rebuilt to protect the fort from future land approaches.

In 1625, the fortification withstood the Dutch invasion but was unable to protect the city, which the Dutch burned down on their way out of San Juan.

Following the attack, the Spanish spent the next 150 years building a defense line around San Juan to defend the city and its people from enemy attacks. Completed in 1678, the 50-foot high wall stretched from El Morro to San Cristobal, thus bordering the city on both sides.

Castillo de San Cristobal, which dates from 1634, was part of the new defense line to protect San Juan against land approaches coming from the east.

The Spanish erected the fortification on the northeastern edge of San Juan, which was 150 feet above sea level and a mile away from the headland where El Morro stood.

The smaller Fort San Juan de la Cruz (1606), which lies across from Fort San Felipe del Morro, had the strategic purpose of providing crossfire to El Morro and additional protection of the entrance to the harbor.

In 1678, King Charles III--who had designated San Juan as the defender of the first order--sent two Irishmen to strengthen the city’s fortifications and defense lines.

By the end of the 1780s, Thomas O’Daily and Alexander O’Reilly had rebuilt El Morro, San Cristobal, and the defense wall into its present day image, thus transforming San Juan into the most powerful stronghold in America.

With the new upgrades, San Cristobal became the largest Spanish fortress in the New World with 450 canons and expanding over 27 acres of land.

The Irish engineers designed the defense system on the principle of "defense in depth," which meant that enemies would have to break several barriers — that were each higher and stronger than the one before them — to besiege the fort.

In 1797, the in-depth defense design of San Cristobal proved successful when Sir Ralph Abercromby’s British forces were unable to seize the city after a failed attempt to break the first barrier. Although the British attacked the fortification, San Cristobal never fired a shot, thus proving the strength and effective engineering that went into building the fort’s barriers.

For 100 years, San Cristobal would not fire a single shot; it was not until the Spanish American War in 1898 that one of the fortification’s guns fired the first shot into the Atlantic.

At the conclusion of the Spanish American War in 1898, the United States gained control of Puerto Rico. The forts of Old San Juan continued to serve their military purpose by defending the American territory until the end of World War II.