The Galápagos Islands (Archipiélago de Colón), are an archipelago of volcanic islands in the Pacific Ocean, roughly 600 miles west of continental Ecuador. The islands are known for their large number of endemic species and were studied by Charles Darwin during the second voyage of HMS Beagle. 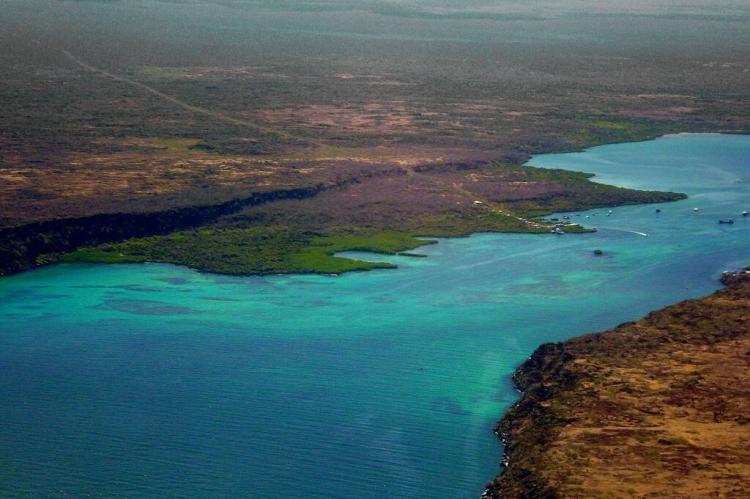 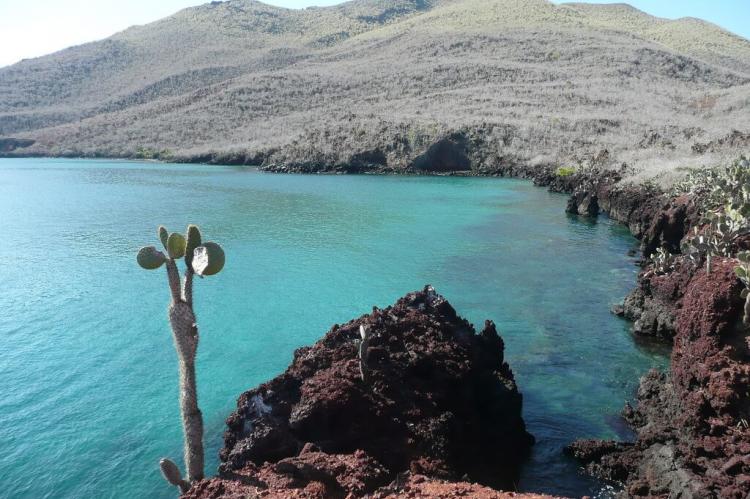 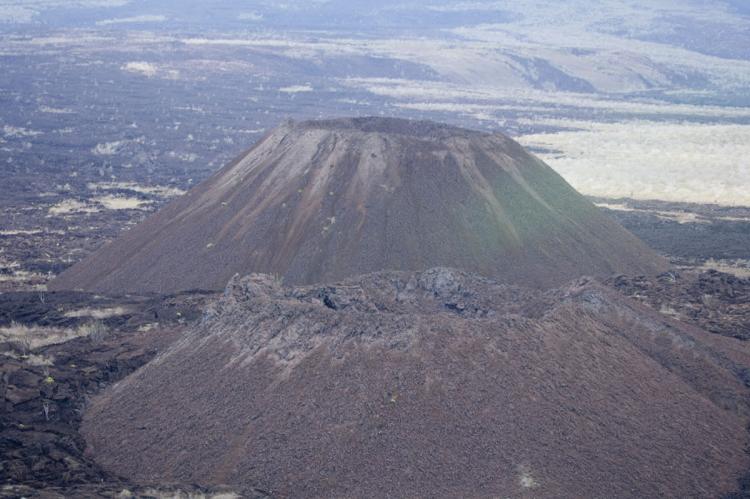 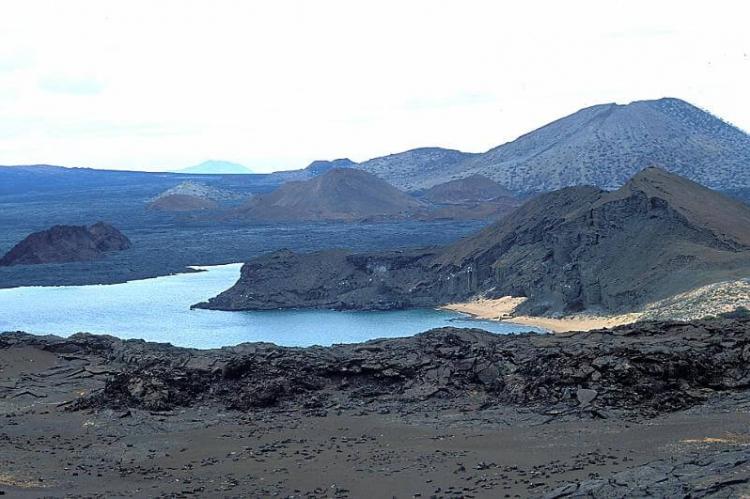 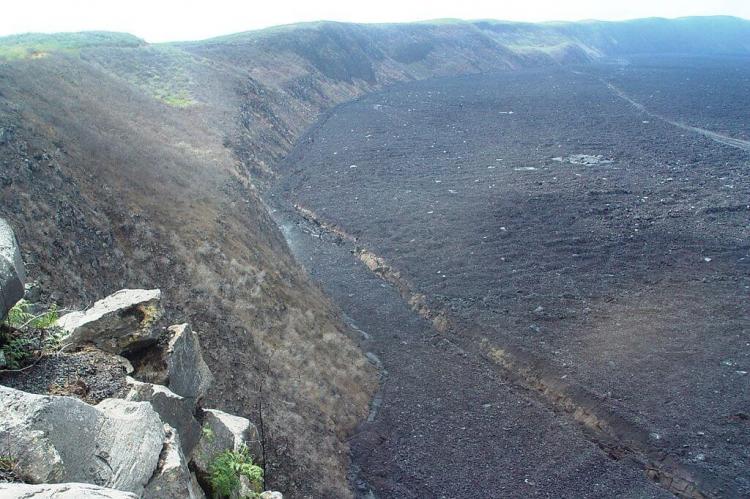 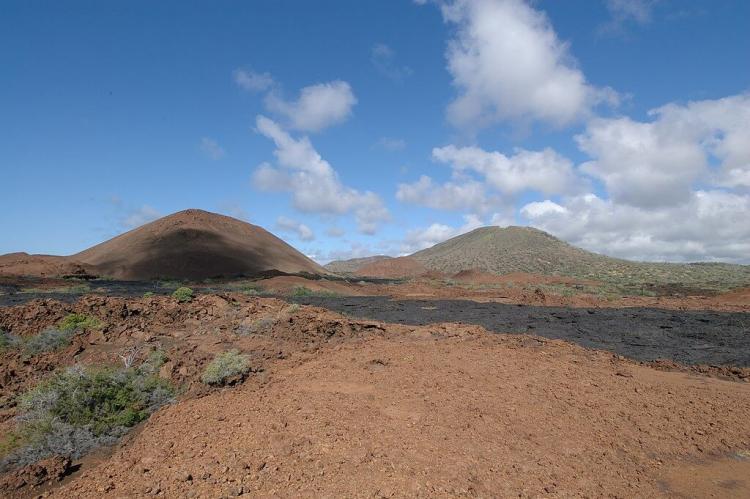 The Galápagos Islands (officially: Archipiélago de Colón), part of the Republic of Ecuador, are an archipelago of volcanic islands distributed on either side of the equator in the Pacific Ocean surrounding the center of the Western Hemisphere, about 1,000 km (600 mi) west of continental Ecuador.

The islands are known for their large number of endemic species and were studied by Charles Darwin during the second voyage of HMS Beagle. His observations and collections contributed to the inception of Darwin's theory of evolution by means of natural selection.

The group consists of 18 main islands, 3 smaller islands, and 107 rocks and islets. The islands are located at the Galapagos Triple Junction. The archipelago is located on the Nazca Plate (a tectonic plate), which is moving east/southeast, diving under the South American Plate at a rate of about 2.5 in (6.4 cm) per year. It is also atop the Galápagos hotspot, a place where the Earth's crust is being melted from below by a mantle plume, creating volcanoes. The first islands formed here at least 8 million and possibly up to 90 million years ago.

Although the islands are located on the equator, the Humboldt Current brings cold water to them, causing frequent drizzles during most of the year. The weather is periodically influenced by the El Niño events, which occur about every 3 to 7 years and are characterized by warm sea surface temperatures, a rise in sea level, greater wave action, and a depletion of nutrients in the water.

During the season known as the garúa (June to November), the temperature by the sea is 22 °C (72 °F), a steady and cold wind blows from south and southeast, frequent drizzles (garúas) last most of the day, and dense fog conceals the islands. During the warm season (December to May), the average sea and air temperature rises to 25 °C (77 °F), there is no wind at all, there are sporadic, though strong, rains and the sun shines.

Weather changes as altitude increases in the large islands. Temperature decreases gradually with altitude, while precipitation increases due to the condensation of moisture in clouds on the slopes. There is a large range in precipitation from one place to another, not only with altitude, but also depending on the location of the islands, and also with the seasons.

In 1959, the centenary year of Charles Darwin's publication of The Origin of Species, the Ecuadorian government declared 97.5% of the archipelago's land area a national park, excepting areas already colonized. The Charles Darwin Foundation (CDF) was founded the same year.

The core responsibility of CDF, an international nongovernmental organization (NGO) constituted in Belgium, is to conduct research and provide the research findings to the government for effective management of Galápagos. CDF's research efforts began with the establishment of the Charles Darwin Research Station on Santa Cruz Island in 1964.

During the early years, conservation programs, such as eradication of introduced species and protection of native species, were carried out by research station personnel. Now much of that work is accomplished by the Galápagos National Park Service using the research findings and methodologies developed by CDF.

In 1986, the 70,000 sq km (27,000 sq mi) of ocean surrounding the islands was declared a marine reserve, second in size only to Australia's Great Barrier Reef. In 1990, the archipelago became a whale sanctuary. UNESCO recognized the islands in 1978 as a World Heritage Site and in 1985, as a biosphere reserve. This was later extended in December 2001 to include the marine reserve. In July 2010, the World Heritage Committee agreed to remove the Galápagos Islands from its list of precious sites endangered by environmental threats or overuse.

The 18 main islands (each having a land area at least 1 sq km) of the archipelago (with their English names) shown alphabetically: