Islas Marietas are a group of small uninhabited islands a few miles off the coast of the state of Nayarit, southwest of the peninsula known as Punta de Mita. The islands are characterized by their wealth of bird and fish fauna. The island archipelago is both a National Park and Biosphere Reserve. 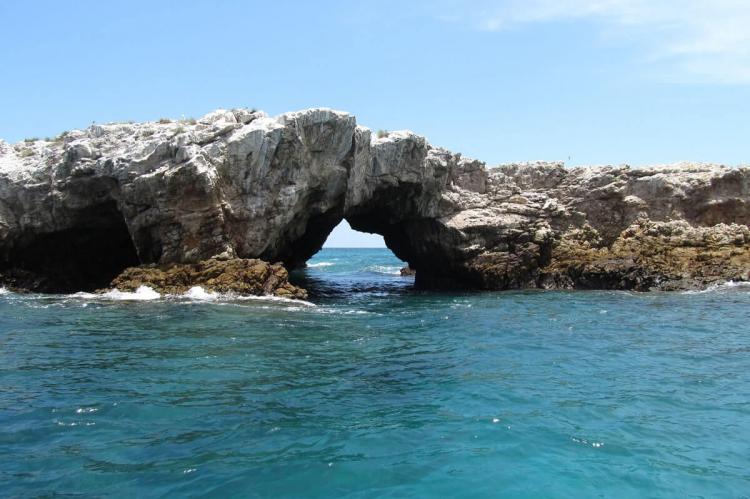 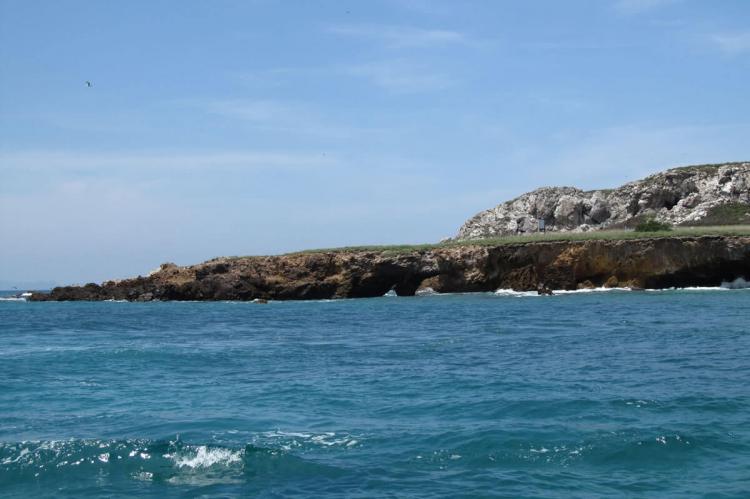 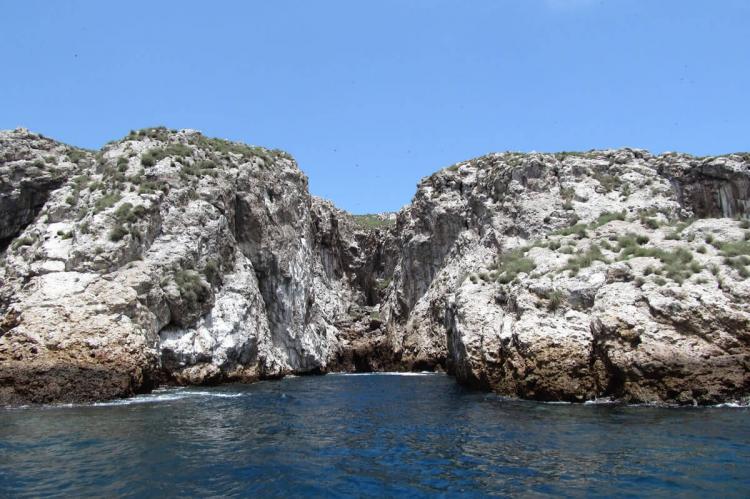 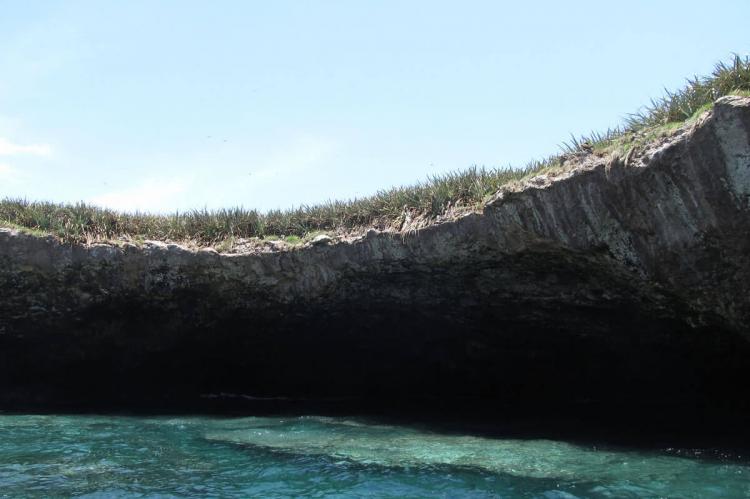 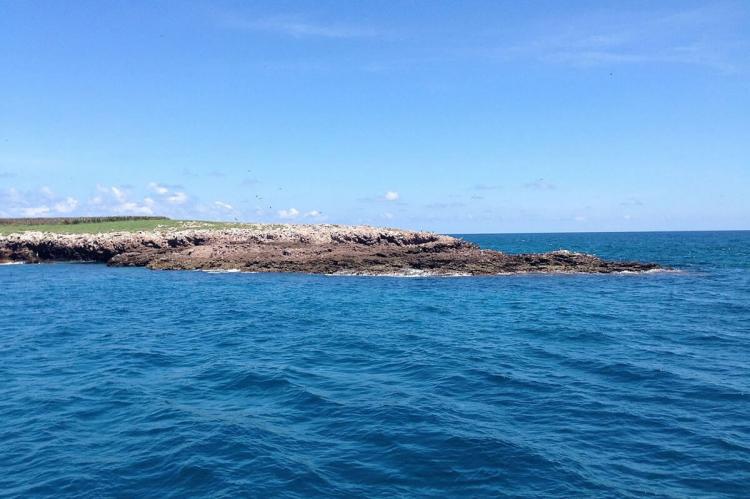 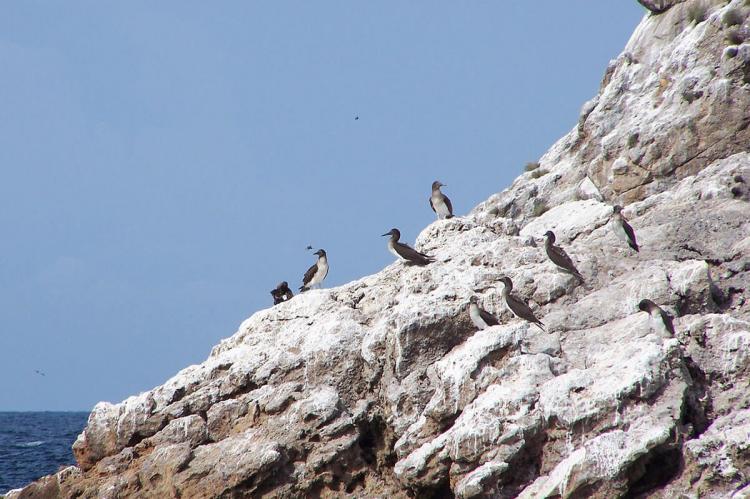 Islas Marietas Archipelago (Marieta Islands) are a group of two islands and two islets (all uninhabited), a short distance off the Pacific coast of the state of Nayarit, Mexico. They are located in federal waters approximately 8 km (5 mi) southwest of the Punta Mita peninsula, in the municipality of Bahía de Banderas.

The islands are protected by the Islas Marietas National Park and Islas Marietas Biosphere Reserve and are included in the Islands and Protected Areas of the Gulf of California UNESCO World Heritage Site.

The archipelago is a popular tourist destination due to abundant marine life populations. The islands are protected from fishing and hunting by the Mexican government. The ocean water depth around the islands is between 23 and 37 m (70 and 110 ft).

Islas Marietas Archipelago is located in the transitional zone between the Nearctic and Neotropical biogeographic regions. This is an area where three water masses converge: the California Current, the Costa Rican Coastal Current and the mass of water from the Gulf of California.

This convergence has enabled a habitat to develop where marine species characteristic of the Mexican center and south Pacific cohabit with those from the Gulf of California and the Pacific Coast of Baja California.

The islands are characterized by their wealth of bird and fish fauna. They are a fundamental part of the reproductive processes of endangered species, such as the Humpbacked Whale (Megaptera novaeangliae) and the Olive Ridley (Lepidochelys olivacea).

The islands also harbor the largest nesting colonies in Mexico of the Brown Booby (Sula leucogaster), the Bridled Tern (Sterna anaethetus) and the Brown Noddy (Anous stolidus); and for the Pacific, the Laughing Gull (Larus atricilla).

The islands are home to 44 different species of plants and wildlife. Many species of seabirds use the location as feeding and breeding grounds, these include blue-footed boobies as well as the red-billed tropicbirds. There are also many different varieties of coral, which, in turn, are home to a large variety of reef fish species.

The island ecosystem is also home to dolphins, Manta Rays and a number of tropical fish. Eels and many species of sea turtles are also found in the reefs and the many caves that dot the site. During the winter months humpback whales arrive at the islands and can be observed all through winter.

On account of their geographic characteristics and the great diversity of habitat in the locality, invertebrate species such as sulphur sponge (Aplysina fistularis), cnidarian such as hydroids (Lytocarpus nuttingi), anemones, like those in the sand (Alicia beebei), the tube anemone (Pachycerianthus fimbriatus) as well as annelid, molluscs, crustaceans and echinoderms, find in the area a good substrate to develop properly.

The coastal towns that are involved in the most activities with the islands are located in the municipalities of Bahia de Banderas and Puerto Vallarta. Populations close to the islands practice artisanal fishing even though fishermen have seen the greatest economic opportunity for their families in ecotourism.

The directors of the protected area have made efforts to train residents of the area in matters relating to the application of a suitable and sustainable ecotourism in protected natural areas.