The Isthmus of Panama is the narrow strip of land that connects North America and South America. The Panama Canal is one of the most strategic artificial waterways in the world and one of the largest and most difficult engineering projects ever undertaken. 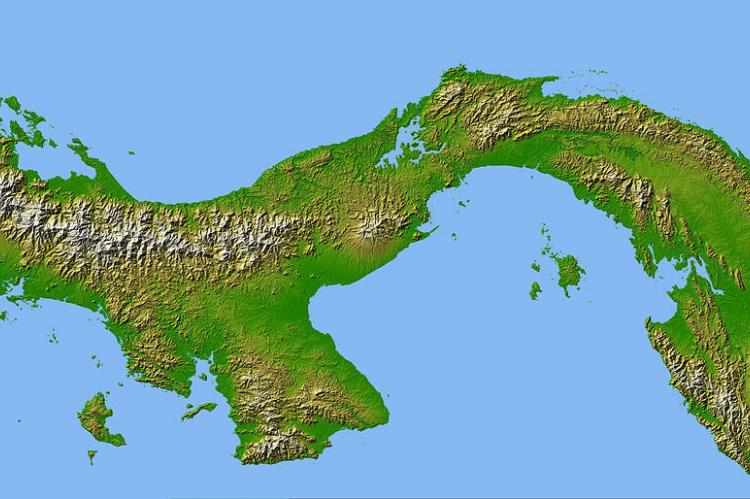 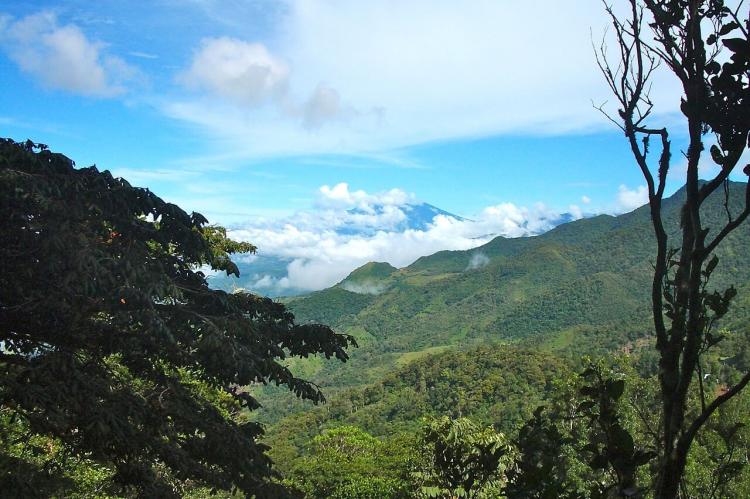 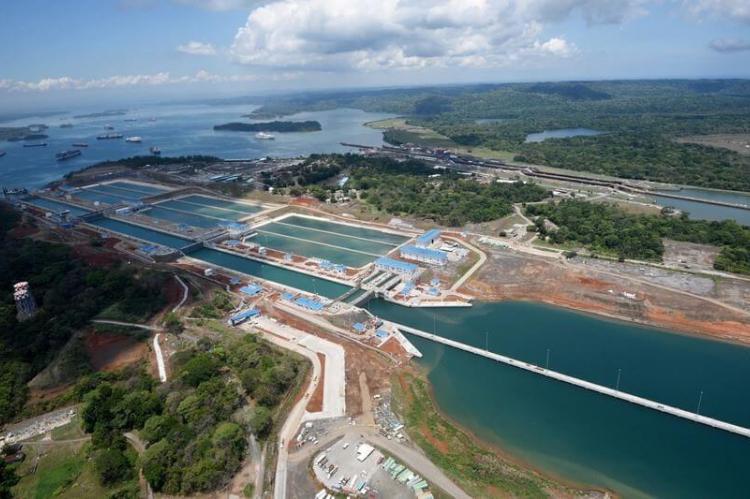 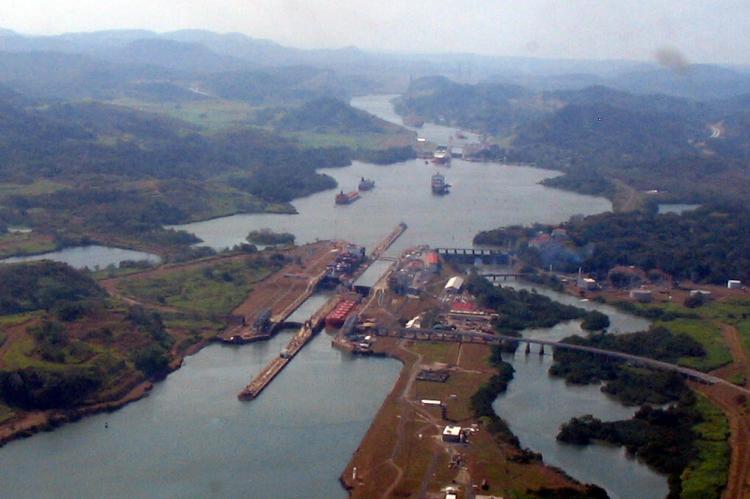 The Isthmus of Panama, also historically known as the Isthmus of Darien, is the narrow strip of land that extends east-west about 400 miles (640 km) from the border of Costa Rica to the border of Colombia. It connects North America and South America and separates the Caribbean Sea (Atlantic Ocean) from the Gulf of Panama (Pacific Ocean). The isthmus formed around 2.8 million years ago, separating the Atlantic and Pacific Oceans and causing the creation of the Gulf Stream.

The narrowest part of the Americas (about 30–120 mi [50–200 km] wide), the Isthmus of Panama today contains the Republic of Panama and the Panama Canal. The terrain alternates between mountains, tropical rain forests, and coastal plains. Like many isthmuses, it is a location of great strategic value.

Twenty million years ago ocean covered the area where Panama is today. There was a gap between the continents of North and South America through which the waters of the Atlantic and Pacific Oceans flowed freely called the Central American Seaway, also known as the Panamanic Inter-American and Proto-Caribbean Seaway. This body of water that once separated North America from South America.

Beneath the surface, two plates of the Earth’s crust were slowly colliding into one another, forcing the Pacific Plate to slide slowly under the Caribbean Plate. The pressure and heat caused by this collision led to the formation of underwater volcanoes, some of which grew tall enough to break the surface of the ocean and form islands as early as 15 million years ago. More and more volcanic islands filled in the area over the next several million years. Meanwhile, the movement of the two tectonic plates was also pushing up the sea floor, eventually forcing some areas above sea level.

The formation of the Isthmus of Panama also played a major role in biodiversity on our world. The closing of the seaway allowed a major migration of land mammals between North and South America, known as the Great American Interchange. This allowed species of mammals such as cats, canids, horses, elephants and camels to migrate from North America to South America, while porcupines, ground sloths, glyptodonts and terror birds made the reverse migration.

Scientists believe the formation of the Isthmus of Panama is one of the most important geologic events to happen on Earth in the last 60 million years. Even though it is only a tiny sliver of land, relative to the sizes of continents, the Isthmus of Panama had an enormous impact on Earth’s climate and its environment.

The closed seaway led to a very different North Atlantic Ocean circulation, impacting the surrounding atmospheric temperatures, which in turn affected the glacial cycle. By shutting down the flow of water between the two oceans, the land bridge re-routed currents in both the Atlantic and Pacific Oceans. Atlantic currents were forced northward, and eventually settled into a new current pattern that we call the Gulf Stream today.

With warm Caribbean waters flowing toward the northeast Atlantic, the climate of northwestern Europe grew warmer. (Winters there would be as much as 10 degrees C (50 degrees F) colder in winter without the transport of heat from the Gulf Stream.) The Atlantic, no longer mingling with the Pacific, also grew saltier. Each of these changes helped establish the global ocean circulation pattern we see today.

The Panama Canal is an artificial waterway that cuts across the Isthmus of Panama and connects the Atlantic Ocean with the Pacific Ocean. It is a lock-type canal, owned and administered by the Republic of Panama. The American Society of Civil Engineers has ranked the Panama Canal one of the seven wonders of the modern world.

The canal is one of the most strategic artificial waterways in the world and one of the largest and most difficult engineering projects ever undertaken. France began work on the canal in 1881, but stopped due to engineering problems and a high worker mortality rate. The United States took over the project in 1904 and opened the canal on August 15, 1914.

The Panama Canal shortcut greatly reduced the time for ships to travel between the Atlantic and Pacific Oceans, enabling them to avoid the lengthy, hazardous cape route around the southernmost tip of South America via the Drake Passage or Strait of Magellan.