With altitudes that can reach over 19,000 ft above sea level, the Laguna Blanca Biosphere Reserve in northwestern Argentina, features a typical arid Andean landscape, with a saline lake in a main depression and surrounding rocky formations. 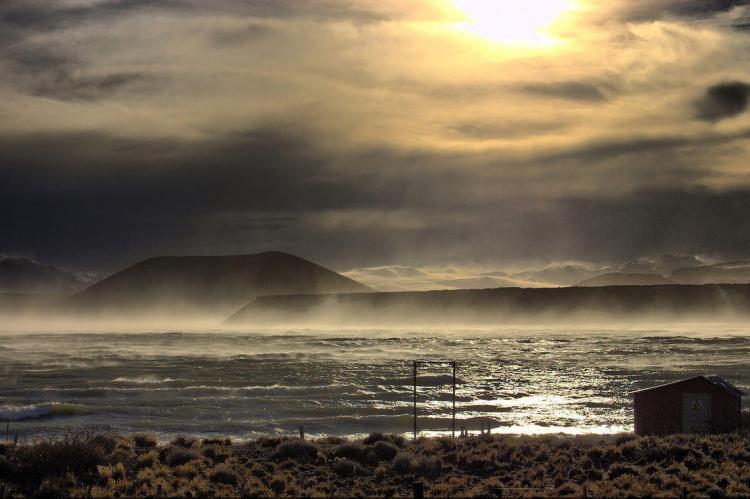 Laguna Blanca National Park is located in the west of the province of Neuquén, Argentina, close to the town of Zapala. It has an area of 112.5 sq km (43.5 sq mi).

Laguna Blanca is a lagoon that has important aquatic bird fauna of several species and in great number. The lagoon is situated in the Patagonian steppe, surrounded by hills and gorges.

The National Park was created in 1940 to protect the lagoon and particularly the population of black-necked swans (Cygnus melancoryphus).

With altitudes that can reach almost 6,000 m (19,685 ft) above sea level, the Laguna Blanca Biosphere Reserve features a typical arid Andean landscape, with a saline lake in a main depression and surrounding rocky formations. It is located in the province of Catamarca, in the northwest of Argentina.

Its creation was originally aimed at the conservation of the vicuña which was endangered due to poaching. This goal led to the elaboration of sustainable handling strategies, like reviving the so-called Chaku – an ancient Inka practice of capturing, shearing and releasing the vicuñas.

The Laguna Blanca Biosphere Reserve encompasses a typical treeless Patagonian steppe with crystalline rocks, including some sedimentary rocks with fossils of the genera Ostrea and Trigonia. The total surface area of the reserve including core, buffer and transition zones is 640,505 ha (1,582,722 acres).

The Biosphere Reserve contains the Laguna Blanca, a saline lake in a main depression, at 1,267 m (4,156 ft) above sea level, surrounded by some forest and mountains.

The area is of particular interest for its birds including the black-necked swan (Cygnus melanocoryphus) which is found here in great abundance. Geese found on the lake include the upland goose (Chloephaga picta), shovelor (Anas platalea), and blue-billed duck (Oxyura australis). Mammals include the opossum (Marmosa pallidior) and the skunk (Conepatus suffocans enuchus).

Near the lagoon is the Salamanca cave, historically inhabited by humans, where rock paintings, typical of northern Patagonia, can be seen. Other mapuche and prehistoric human artifacts have been found in the park.

The approximately 600 inhabitants living in the transition areas are engaged in traditional practices including livestock raising (sheep, goats, mules and cattle). Approximately 2,500 tourists visit the reserve each year for ecotourism and environmental education.