The Laguna de los Pozuelos Natural Monument and Biosphere Reserve is located in the extreme north of the Argentine Province of Jujuy and is part of the highlands of the Southern Central Andes. It is identified as a conservation priority. 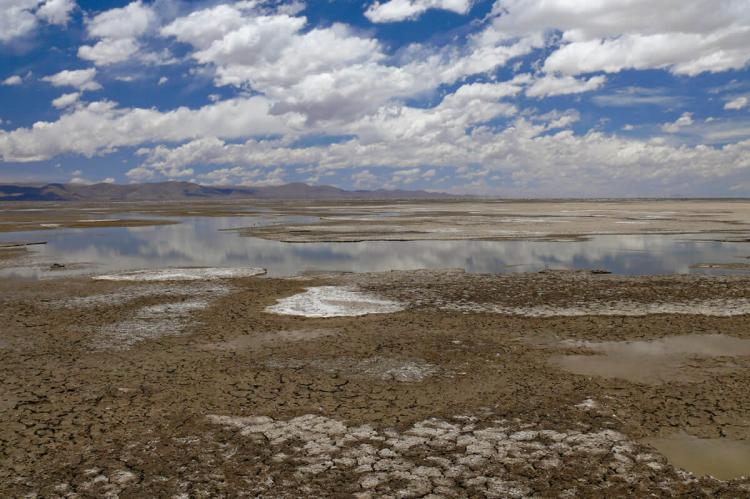 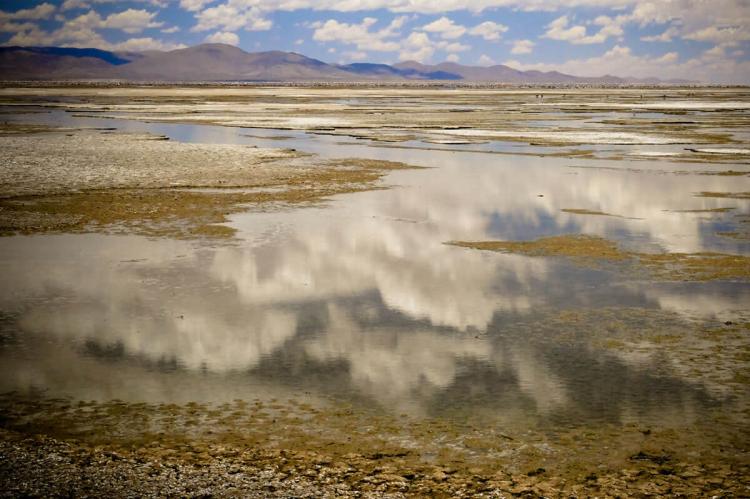 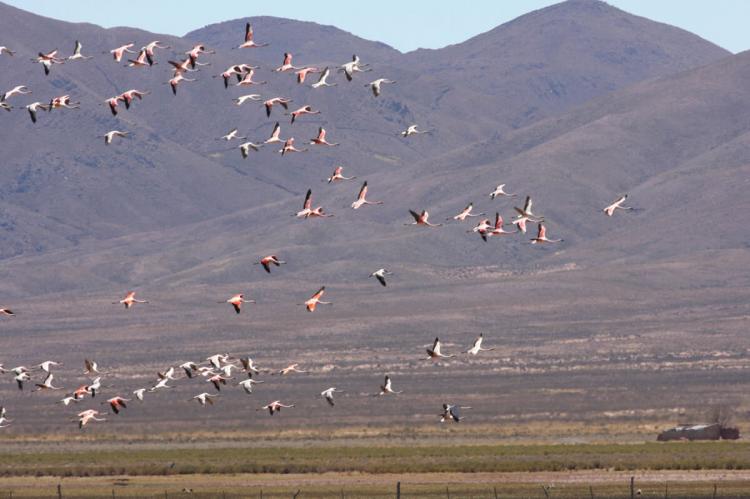 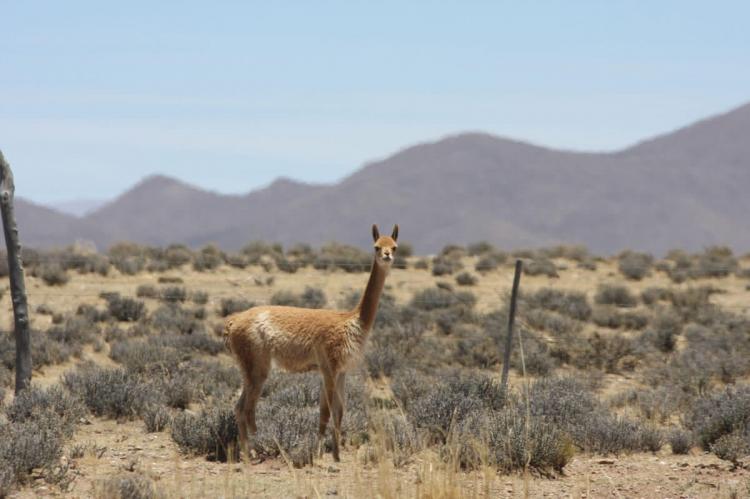 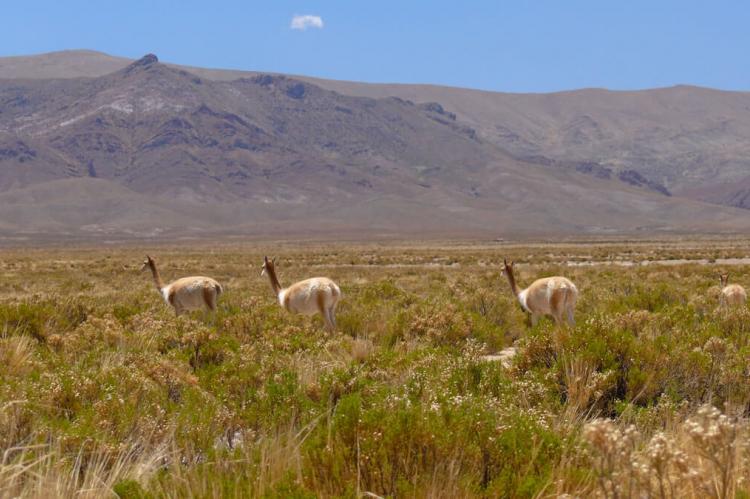 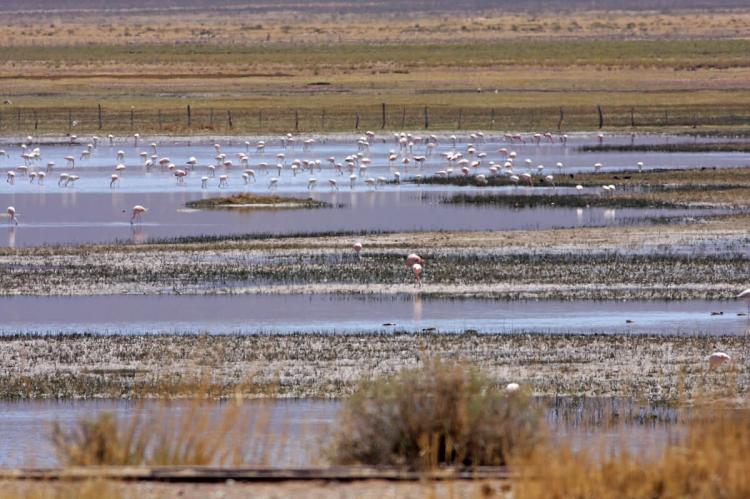 The Laguna de los Pozuelos Natural Monument is located in the extreme north of the Argentine Province of Jujuy at 3,600 m (11,800 ft) above sea level and is part of the highlands of the Southern Central Andes. Identified as a conservation priority, it is within the Central Andean Dry Puna Ecoregion.

The ‘Laguna de Pozuelos’ is one of the best examples of an inland drainage basin with saline, intermittent lakes and a few permanent lakes. This basin is the most humid in the Argentine 'Altiplano', due to the relatively high rainfall and also to the presence of an important aquifer.

In May 2014, the Monumento Natural Laguna de los Pozuelos was officially designated a WHSRN Site of International Importance.

Pozuelos Lagoon, located in the Province of Jujuy, qualified as a site of “international importance” for hosting more than 100,000 shorebirds per year and more than 10% of the biographic population of Baird’s Sandpiper (Calidris bairdii) and Wilson's Phalarope (Phalaropus tricolor).

The National Parks Administration of Argentina (APN by its Spanish acronym) is responsible for the site, which is a National and Provincial Natural Landmark.

This 89th WHSRN site has two special features for conservation: it is the first high-Andean wetland to be included in WHSRN, and it supports more than 1% of the biogeographical population of Puna Plover (Charadrius alticola).

In 1990, the protected natural area of Laguna de Pozuelos was declared a UNESCO Biosphere Reserve.

The surface area of the waters is approximately 7,000 ha (17,300 acres) when the lagoon is full and its size increases and decreases seasonally due to rainfall which occurs exclusively in the summer. In addition to the seasonal changes in the volume of the body of water, other less predictable changes occur, such as droughts that can lead to the lagoon drying up completely.

The vegetation is characterized by ‘tolilla’ (Fabiana densa) and ‘chijua’ (Baccharis boliviensis) shrubs. The wet areas around the watercourses in the upper parts of many streams are covered by permanent green meadows, called ‘Vegas’ and the lower parts of the streams consist of grasslands and marshlands (‘Cienagos’) used for pastoralism. The only tree existing in the area is the ‘Queñoa’ (Polylepsis tormentella spp.) used for firewood and as construction material.

The most important birds in the area are flamingos (Phoenicoparrus jamesi, P. andinus), and one of the main animal resources in the area is the vicuna (Vicugna vicugna).

Over 3,800 inhabitants (1990) live in the biosphere reserve engaged in intensive pastoralism, mining, and exploitation of firewood. The Corporation for the Development of the Pozuelos Basin is promoting the comprehensive development of its inhabitants through plans and programs aimed at making better use of the natural resources (llamas, sheep) without neglecting the conservation function.

Laguna de los Pozuelos is an elongated depression located in the Andean highlands, with fresh to brackish water and some submerged aquatic vegetation. In general, it is surrounded by saltwater marshes and flooded land. The center plain is an area of approximately 25,000 acres of shallow, low-salinity water that repeatedly dries out partially or completely.

The mountain ranges surrounding the lake create an elevation gradient that is reflected in the vegetation. The lake is at the center of a closed basin of about 1,000,000 acres.

During the austral summer (boreal winter), several species of Nearctic shorebirds gather in large numbers at Laguna de los Pozuelos. In total, it hosts more than 100,000 shorebirds, including more than 10% of the biogeographical population of Baird's Sandpiper (Calidris bairdii) and Wilsons' Phalarope (Phalaropus tricolor).

Significant numbers — up to 15,000 individuals — of the "near threatened" James' Flamingo (Phoenicoparrus jamesi), also known as Puna Flamingo, congregate here. A number of nesting Horned Coot (Fulica cornuta), another "near threatened" species, have been recorded at the site.