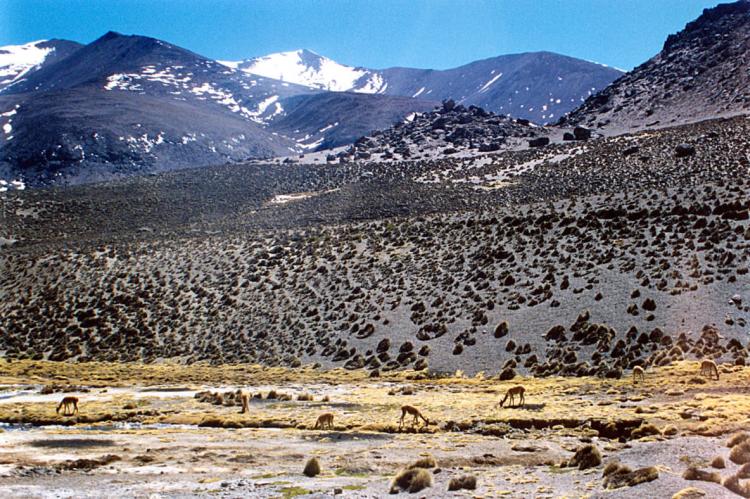 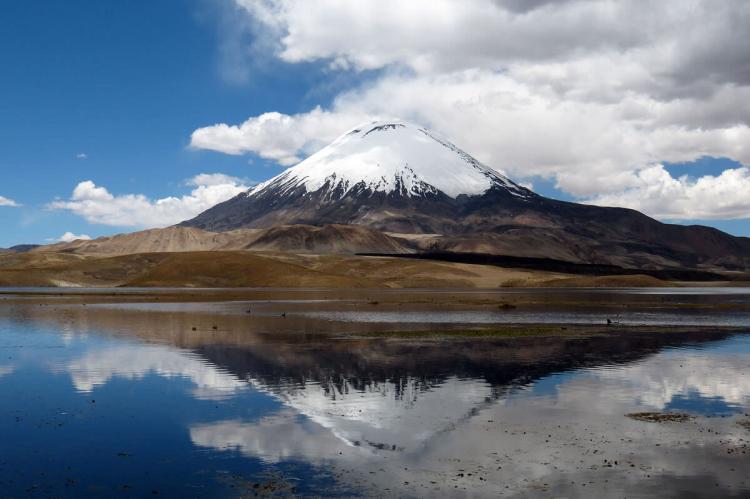 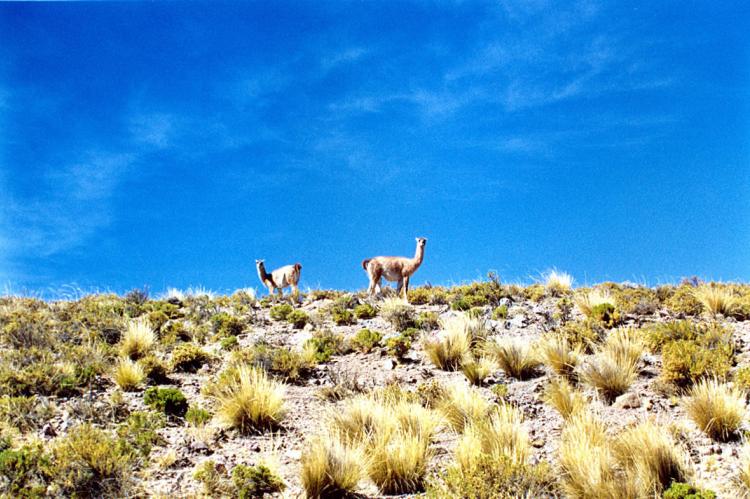 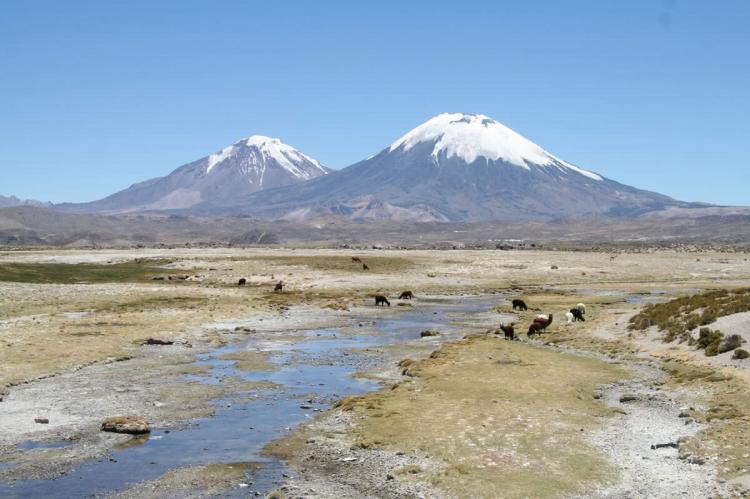 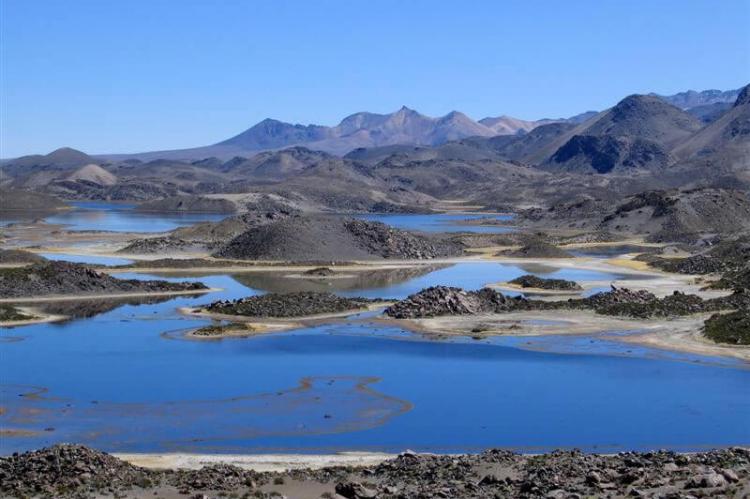 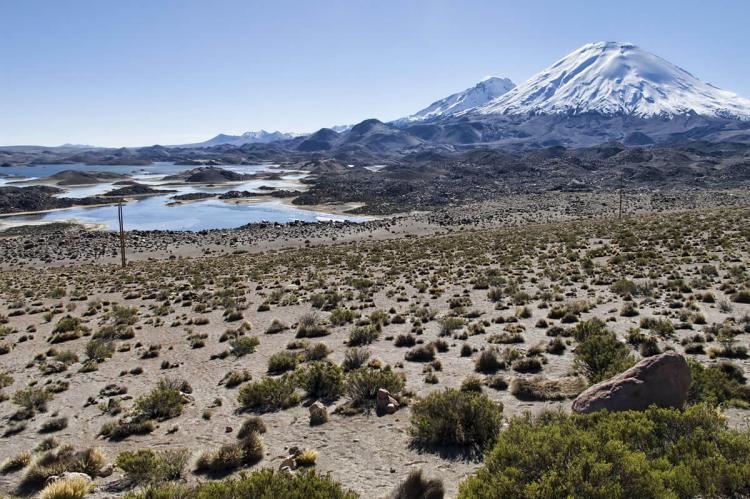 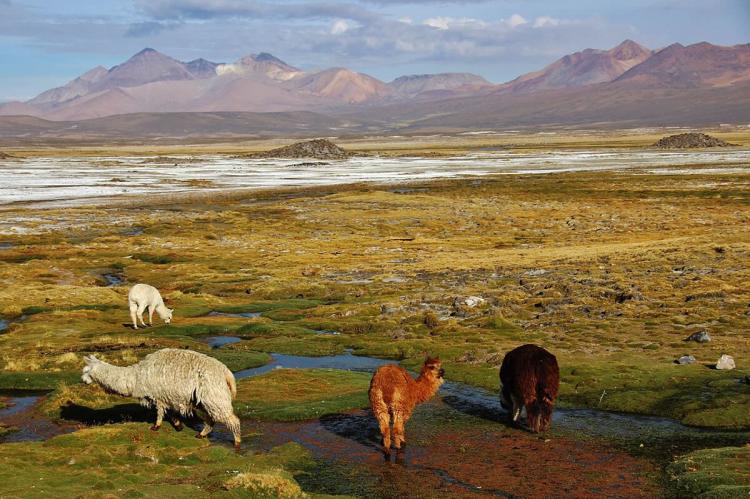 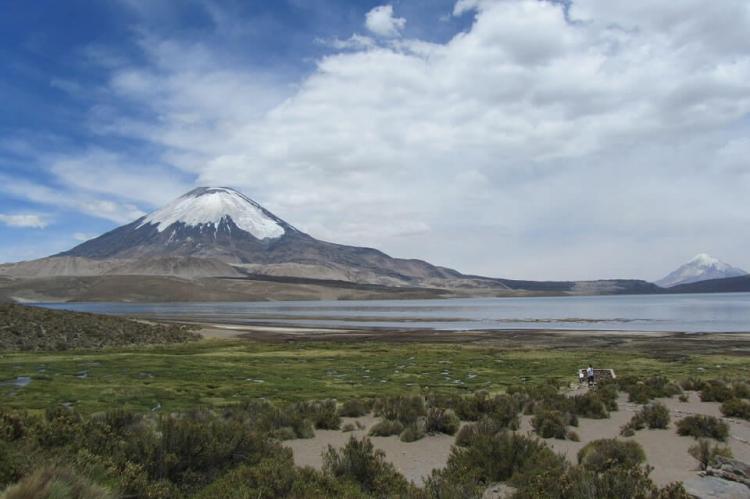 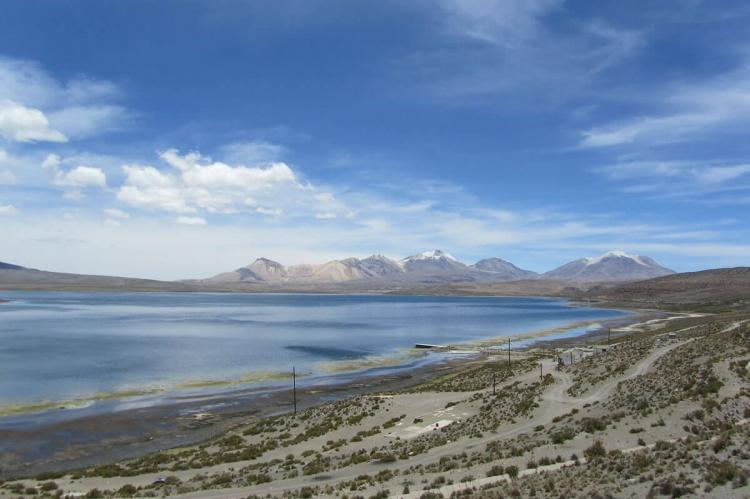 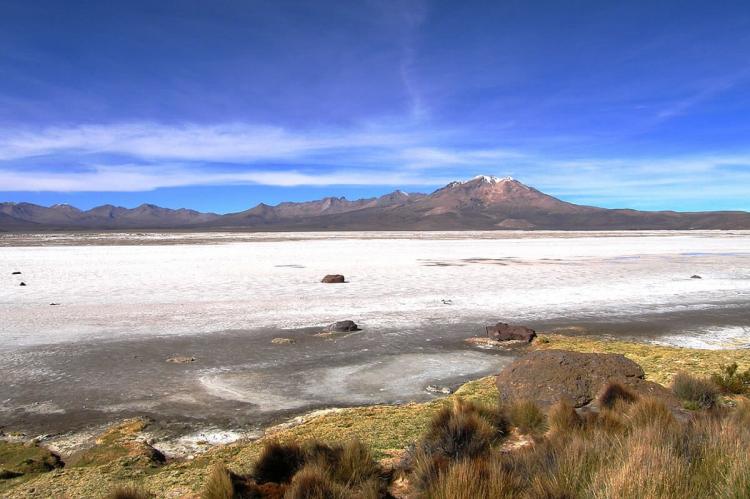 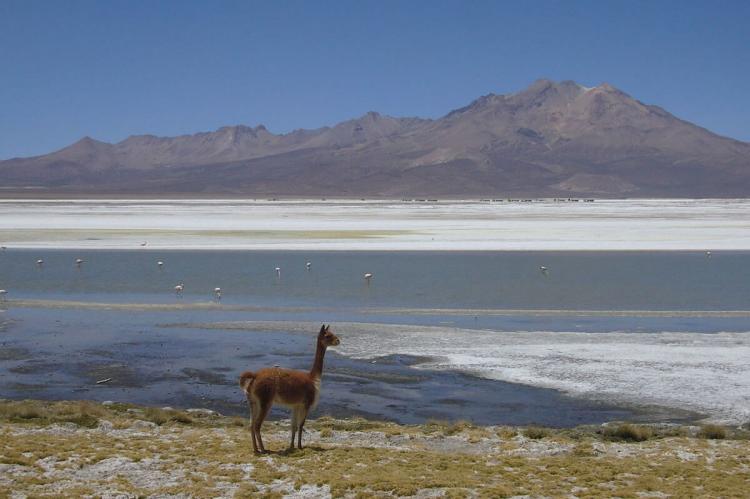 Lauca National Park is located in Chile's far north, in the Andes range. It encompasses an area of 1,379 sq km (532 sq mi) of altiplano and mountains, the latter consisting mainly of enormous volcanoes. The park lies within the Central Andean dry puna ecoregion.

One of the main attractions of the park is the small lacustrine area formed by Chungará and Cotacotani lakes, which lies at the foothills of the Payachata volcanic group. Other majestic volcanoes forming part of the national park are the Guallatiri and the Acotango. The headwaters of the Lauca River are found within the park and the Lluta River borders the park to the west.

Lauca National Park features include archaeological sites, lava fields and volcanic calderas. Located within the park is the town of Parinacota, with its colonial church.

Over 400 species of vascular plants grow in Lauca National Park. The park's vegetation is adapted to the harsh puna environment, as are the bofedales (high altitude wetland), llaretales (areas dominated by Llareta, a cushion plant) and Andean steppes (high altitude grassland).

The Lauca Biosphere Reserve is situated in the Puna biogeographic region, in the northern part of Chile in the Andean Chain. The area comprises three protected areas:

The vast plateau of the Altiplano consists of meadows, crossed by deep gorges, dotted with lagoons, dark lava outcrops and occasional white sparkling saltpans along with a number of permanent fresh, brackish and saline lakes and marshes. There are also some fast flowing mountain rivers and streams.

The Lauca Biosphere Reserve has high floristic value, representing a large part of Andean biodiversity in Chile. The following plant formations can be found here:

One of the most important habitats are the "Bofedales" or highland wetlands as they are a source of food and water for both wild and domestic fauna.

Although not very abundant, the fauna is diverse. Mammals include lama (Lama glama), alpaca (Lama pacos) and vicuña (Vigugna vicugna).

Only 200 elderly people (2000) of the Aymara tribe are living in the area in a traditional fashion with sustainable use of the natural resources.

Las Vicuñas National Reserve is a nature reserve that lies immediately south of Lauca National Park and in its southern portion is contiguous to Salar de Surire Natural Monument, all of which form Lauca Biosphere Reserve. The major elevations are found on Arintika and Pukintika.

This Puna ecosystem preserves high-altitude wildlife, including Vicuñas, for which the reserve is named. Much of the reserve consists of extensive Andean steppes cut by rivers and quebradas, the Lauca River being the main one.

Typical vegetation includes pajonal, tolar and llaretal formations. In some areas it is possible to find specimens of Polylepis tarapacana.