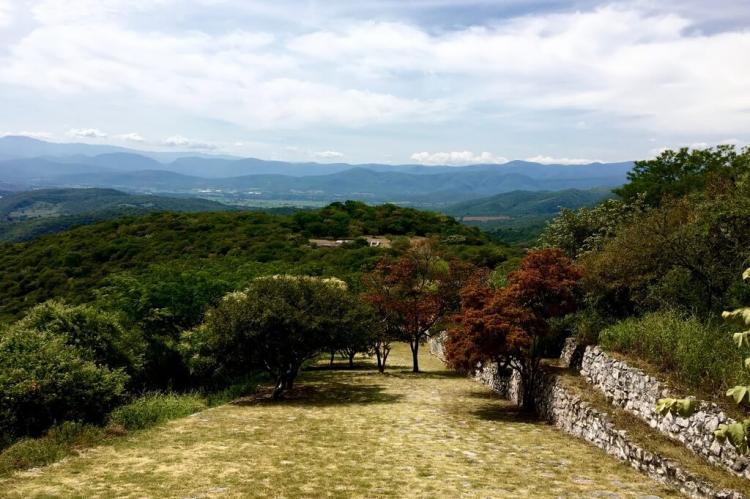 Mesoamerica, which literally means "middle America" in Greek, is a historical and cultural region of the Americas, encompassing much of the isthmus that joins North America with South America.

Situated within the wider region known as Middle America, Mesoamerica extends from south-central Mexico southeastward to include the Isthmus of Tehuantepec, the Yucatán Peninsula, Guatemala, Belize, El Salvador, the Pacific coast of Honduras, Nicaragua and northern Costa Rica down to the Gulf of Nicoya.

The largest region within Mesoamerica is the Maya Region, which includes the Petén Basin and Maya Forest. 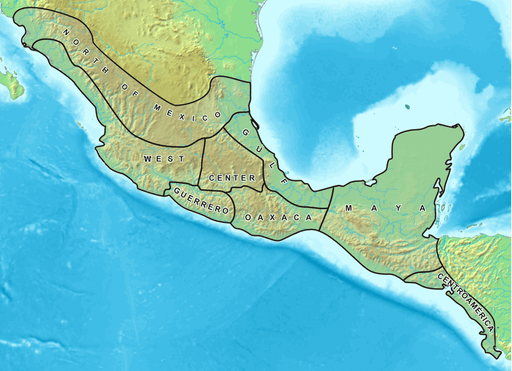 Map of Mesoamerica and its cultural areas

Within Mesoamerica, pre-Columbian societies flourished before the Spanish colonization of the Americas in the 15th and 16th centuries. Several well-known Mesoamerican cultures include the Olmec, Teotihuacan, the Maya, the Aztec and the Purépecha.

Mesoamerica is recognized as a near-prototypical cultural area, and the term is now fully integrated in the standard terminology of pre-Columbian anthropological studies. As a cultural area, the region is defined by a mosaic of cultural traits developed and shared by its indigenous cultures.

Located on the Middle American isthmus joining North and South America between approximately 10° and 22° northern latitude, the region possesses a complex combination of ecological systems, topographic zones, and environmental contexts.

The highlands of Mesoamerica generally contain two separate regions: the mountainous zone of central and western Mexico, and the highlands of Guatemala and the Mexican state of Chiapas.

Like the highlands, there is a high degree of environmental variability in the Mesoamerican lowlands, ranging from the lush tropical climate of lowland Veracruz to the semi-arid brush forests of northern Yucatán.

The history of human occupation in Mesoamerica is divided into stages or periods. These are known, with slight variation depending on region, as the Paleo-Indian, the Archaic, the Preclassic (or Formative), the Classic and the Postclassic.