Monteverde Cloud Forest Reserve is a Costa Rican protected area located along the Cordillera de Tilarán. Named after the nearby town of Monteverde and extending over 35,000 acres, the cloud forest reserve is visited by roughly 70,000 visitors a year. 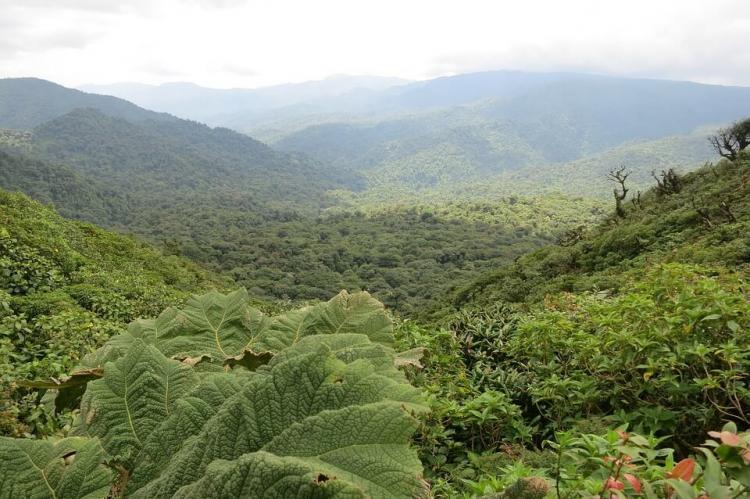 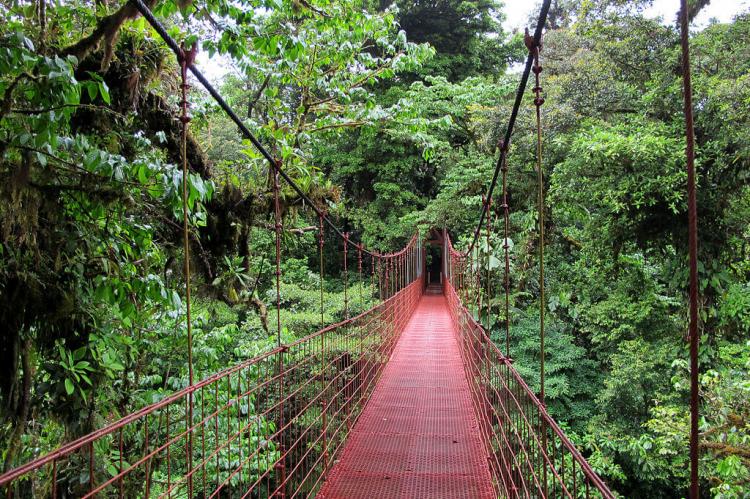 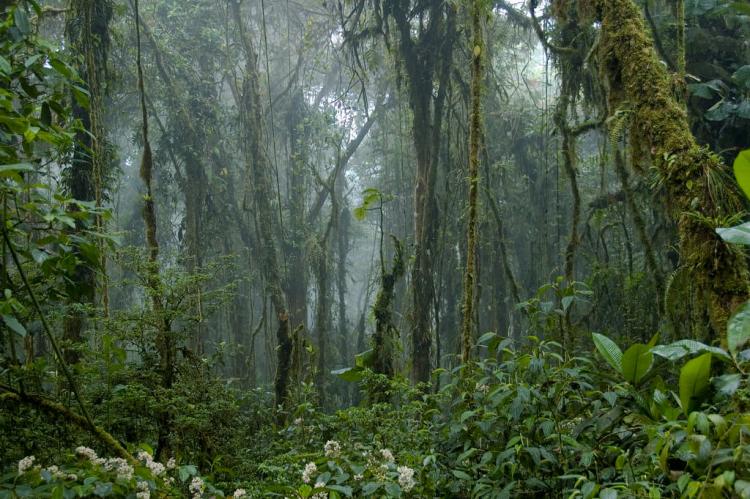 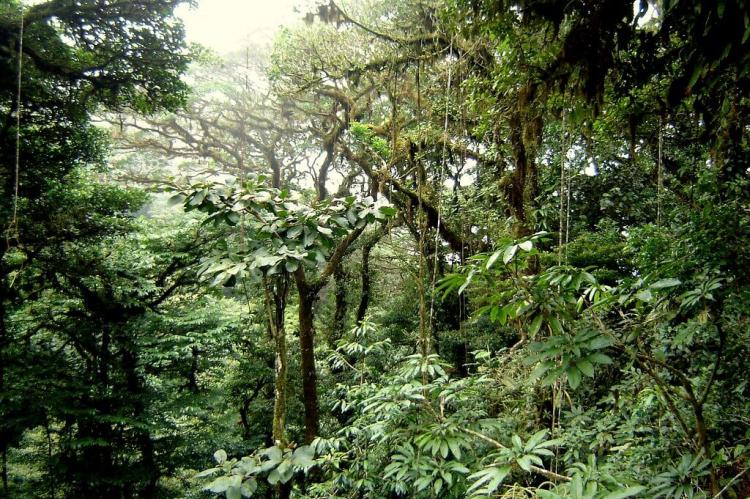 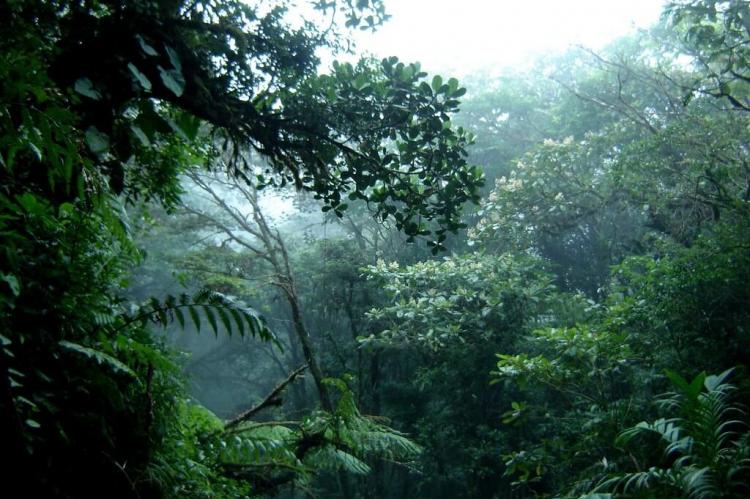 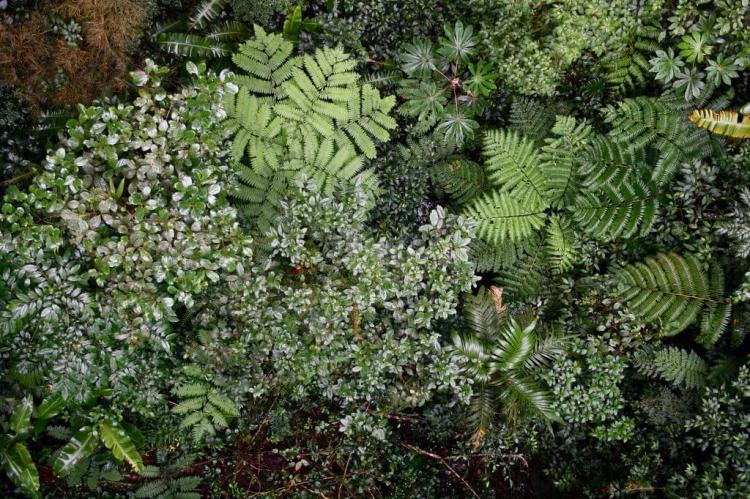 The Monteverde Cloud Forest Reserve is located along the Cordillera de Tilarán within the Costa Rican provinces of Puntarenas and Alajuela. Named after the nearby town of Monteverde, the cloud forest reserve is visited by roughly 70,000 visitors a year.

An extremely high biodiversity, consisting of over 2,500 plant species (including the most orchid species in a single place), 100 species of mammals, 400 bird species, 120 reptilian and amphibian species, and thousands of insects, has drawn both scientists and tourists alike.

Epiphytes, which make up 29% of the flora with 878 species, are the richest life form among species of flora in Monteverde.

The Monteverde region is also known as the site with the largest number of orchids in the world. The total number of known species surpasses 500, and of these, 34 species discovered in the Reserve were new to science at the time of their discovery.

Herpetofauna of the area is worth noting, with 161 species of amphibians and reptiles. Monteverde is known worldwide as the habitat of the golden toad (Bufo periglenes), a species that disappeared in 1989.

91 (21%) of the reserve's bird species are long distance migratory birds, which reproduce in North America and pass through Monteverde during their migration or spend the winter in the area.

Three of these species, the swallow-tailed kite (Elanoides forficatus), the piratic flycatcher (Legatus leucophaius), and the yellow-green vireo (Vireo flavoviridis), reproduce in Monteverde and migrate to South America during their non-reproductive phase.

The resplendent quetzal (Pharomachrus mocinno) moves seasonally from high elevation nesting sites to lower elevations on both sides of the Continental Divide.

The beginning of the migration of the three-wattled bellbird (Procnias tricarunculata) is similar to that of the quetzal, with reproduction occurring close to the Continental Divide, from March to June, and followed by a post-reproductive move downhill on the Pacific slope during the months of August and September.

The majority of the bird species in Monteverde are primarily insectivores, given that the plants in the region offer a wide variety of fruit. The epiphytes are important resources both for frugivores and insectivores in Monteverde. On a global scale, the cloud forests of Monteverde are home to ten species of birds that are considered to be endangered due to their very restricted habitat worldwide. 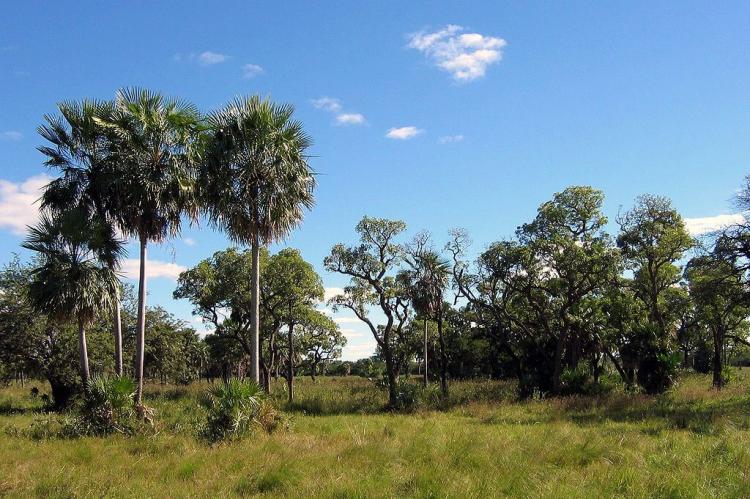