These Haitian monuments date from the beginning of the 19th century, when Haiti proclaimed its independence. The Palace of Sans Souci, the buildings at Ramiers and the Citadel serve as universal symbols of liberty, being the first monuments to be constructed by black slaves who had gained their freedom. 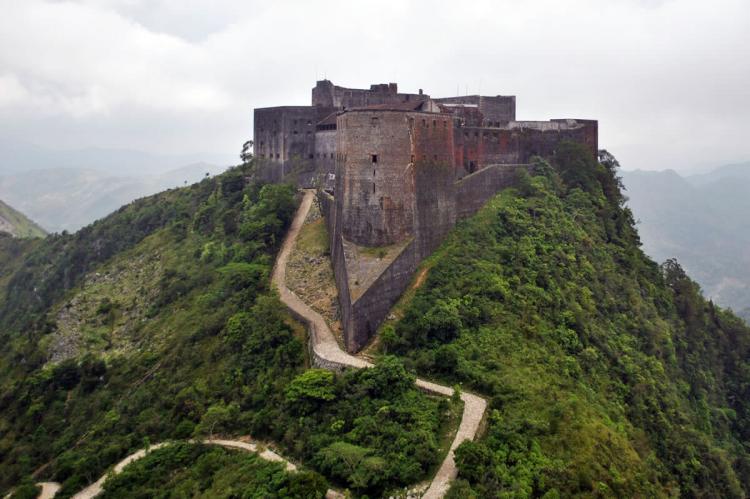 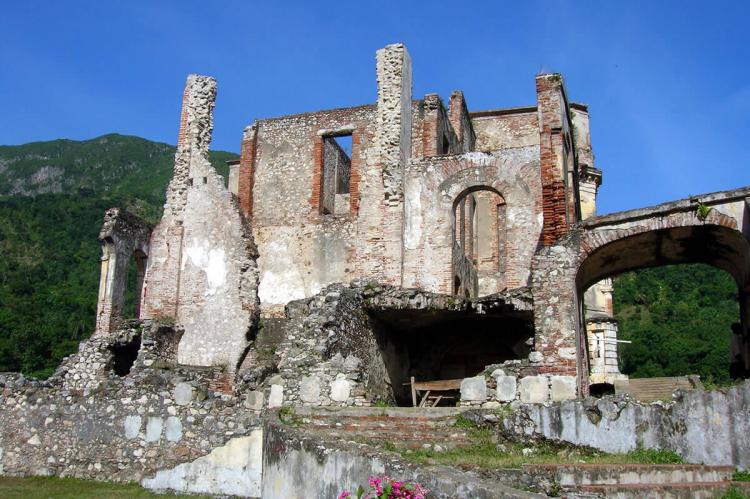 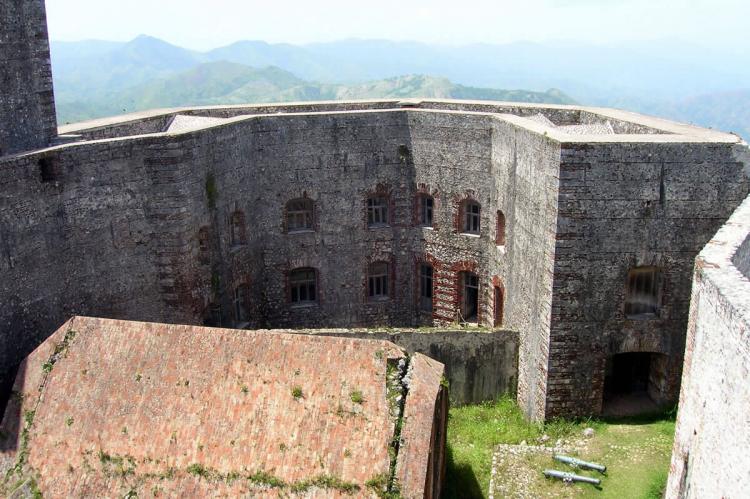 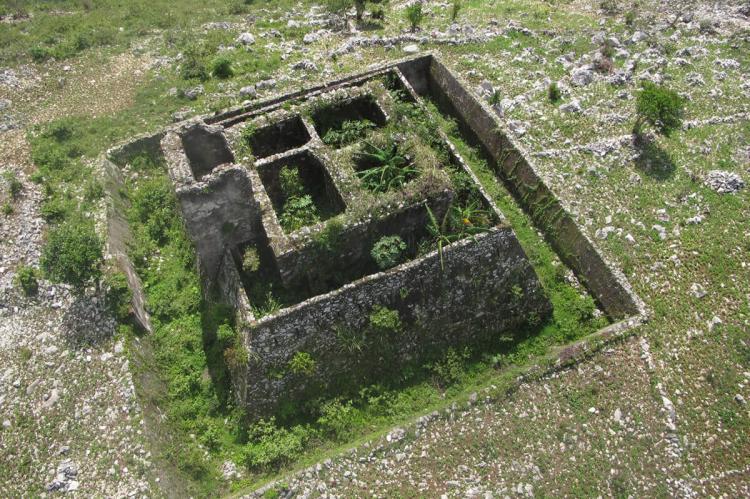 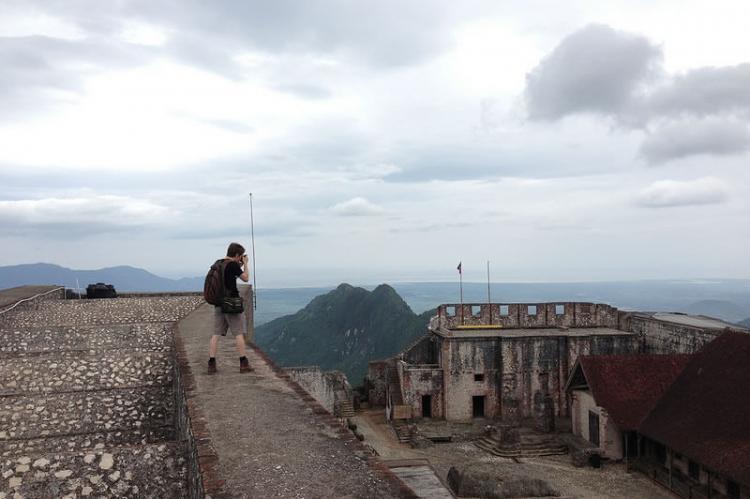 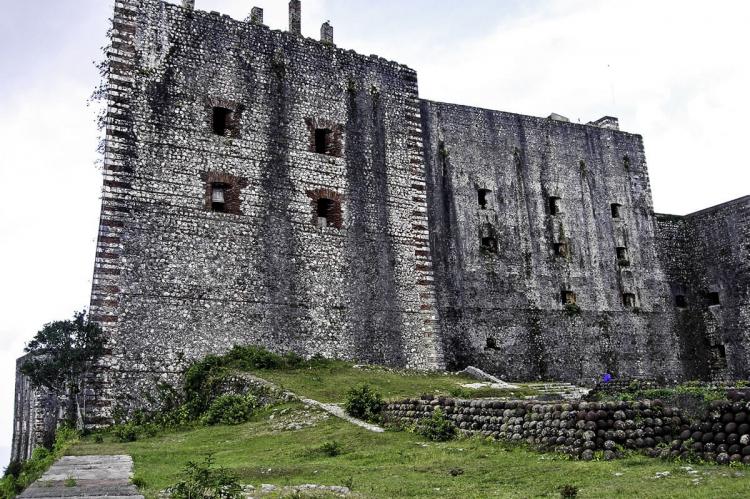 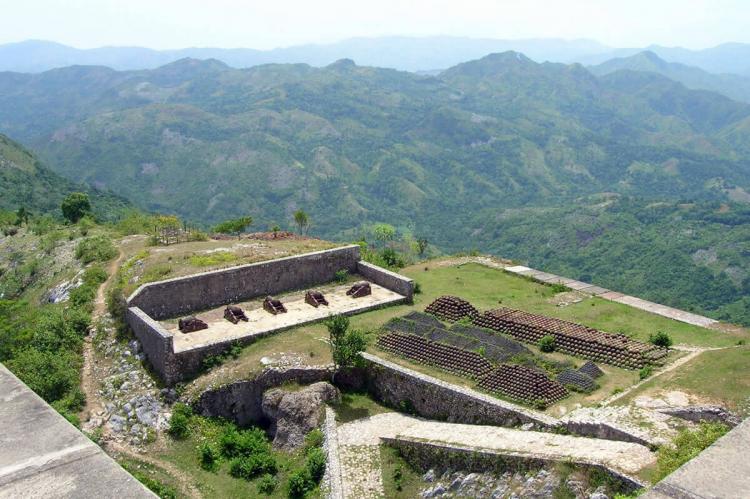 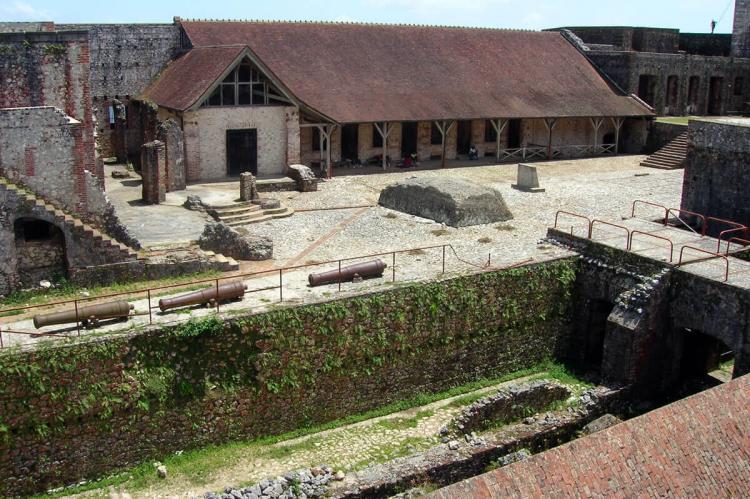 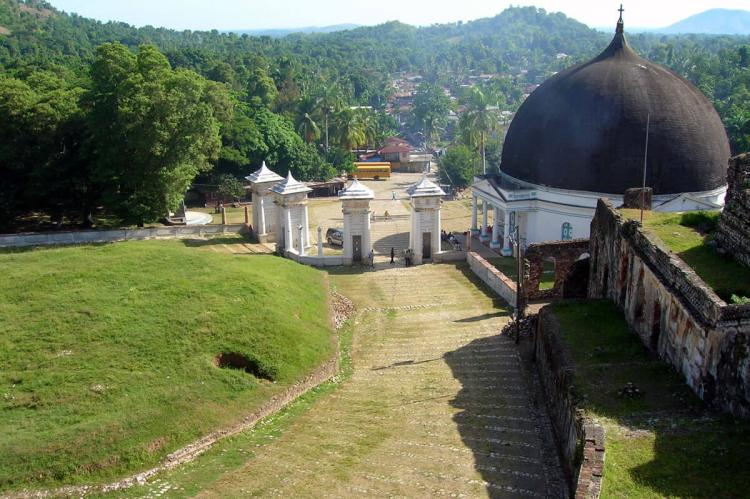 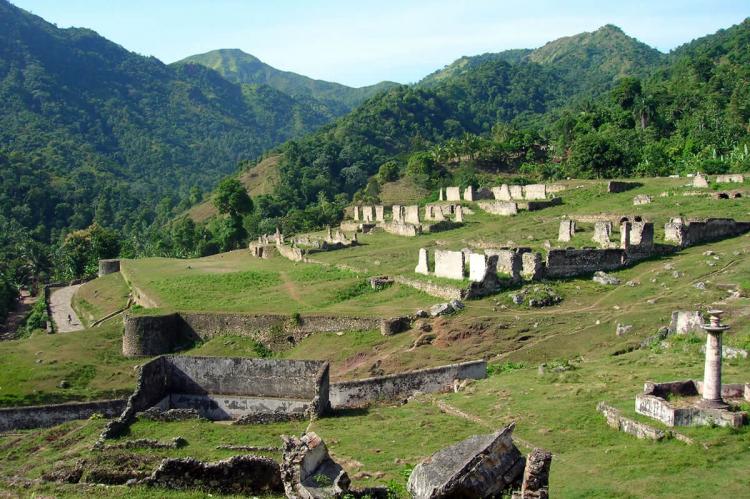 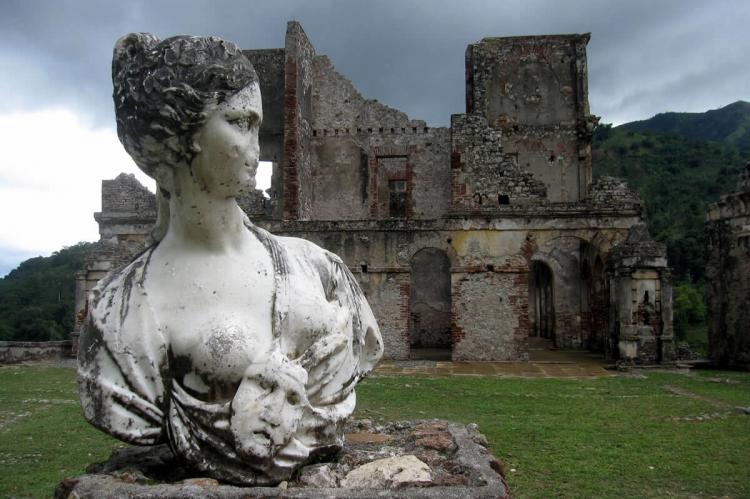 The National History Park - Citadel, Sans-Souci, Ramiers, a World Heritage Site is located in the central zone of the northern massif that extends to the Dominican Republic, between the coastal plains and the mountainous interior of the region.

The choice to build the Citadel on the summits responded to a strategy for interior protection, differing from the coastal defense strategy inherited from French colonization.

The monumental ensemble of the Palace of Sans-Souci and its annex buildings, the Citadelle Henry and the Ramiers site are universal symbols of liberty, being the first monuments to be constructed by black slaves who had gained their freedom. For Haitians, they represent the first monuments of their independence.

On January 1, 1804, after fourteen years of struggle by the island’s black slaves against the colonists, Jean-Jacques Dessalines—the principal leader of the revolution—proclaimed the independent Republic of Haiti.

The "Emperor" Dessalines immediately entrusted to one of his generals, Henri Christophe, the task of constructing an immense fortress on the Pic Laferrière to protect the young republic.

Both military installation and political manifesto, the Citadelle Henry, constructed to a height of 970 m (3,182 ft), is one of the best examples of the art of military engineering of the early 19th century.

The plans are the work of the Haitian Henry Barré, but it is probable that General Christophe played the preponderant role in their formulation.

The Citadelle Henry or Citadelle Laferrière or simply the Citadelle, is a large mountaintop fortress covering an area of about 1 ha (2.5 acres), is a vast quadrilateral comprising four buildings protected by four flanking towers built around a central courtyard, and forming on several levels a bastioned front of batteries and barracks.

The Citadel's appearance from the trail leading up to its base has been likened to the prow of a great stone ship, jutting out from the mountainside.

The projecting massive towers—articulated to allow an integrated use of artillery, an elaborate system of water supply and cisterns, as well as colossal defensive walls—render the citadel impregnable. It can shelter a garrison of 2,000 men, or even 5,000 if necessary.

At the death of Dessalines, in 1806, the Republic of Haiti was divided into separate states: the southern part, governed by Pétion, and the north, where Christophe proclaimed himself king in 1811.

The Citadelle Henry, originally conceived as a monument to the defense of liberty, was maintained as a fortress by the despot and was inaugurated in 1813.

At the same time, King Christophe (Henry 1) undertook the construction of an astonishing palace surrounded by gardens, situated at the foot of the access road to the Citadelle near to the village of Milot: the Palace Sans-Souci.

This large architectural ensemble responded to the need to concentrate the essential administrative services of the new monarchy around the royal residence.

Surrounded by mountainous peaks covered with luxurious vegetation, the Palace and its buildings were grouped in an amphitheater covering an area of about 8 ha (20 acres).

The colossal physical dimensions of the fortress have made it a Haitian national symbol, featured on currency, stamps and tourist ministry posters. The mountaintop fortress has itself become an icon of Haiti.

Inaugurated in 1813, the Palace Sans-Souci was looted at the death of the king in 1820. Since then, abandoned, it was seriously damaged by the earthquake of 1842.

Nevertheless, by its size, it remains an impressive and coherent ruin, owing its bizarre beauty to an exceptional harmony with the mountainous setting, as well as its recourse to diverse and yet reputedly irreconcilable architectural models.

The Baroque staircase and the classical terraces, the stepped gardens reminiscent of Potsdam and Vienna, the canals and basins freely inspired by Versailles, impart an indefinable hallucinatory quality to the creation of the megalomaniac king.

The Ramiers site is a small plateau with sub-foundations and a some sections of wall of a residential ensemble protected by two pairs of fortified redoubts. The site commands a superb panorama and provides an unexpected view of the Citadelle, with its huge silhouette standing out against the empty skyline.

Unique testimonies directly connected to the independence of Haiti, resulting from a general uprising of slaves deported from Africa, are united here.

The French Revolution of 1789 led to serious social upheavals in the Lesser Antilles, as in Santo Domingo. The most important was the slave revolt that resulted in 1793 with the abolition of slavery, decision endorsed and generalized throughout the French colonies by the National Convention six months later.

At the end of a violent war, the Declaration of Independence of the country was proclaimed on 1 January 1804. The name 'Haiti' (ancient name of the island 'taïno' before the arrival of the Europeans in 1492) was given to the country. Since then, Haiti remains the first state in the world resulting from a slave revolt.