Home to the Aymara indigenous people, Sajama National Park is situated in Bolivia's Cordillera Occidental. It includes Nevado Sajama, an extinct stratovolcano and the highest peak in Bolivia. Its primary objective is for the protection of the native queñoa tree. 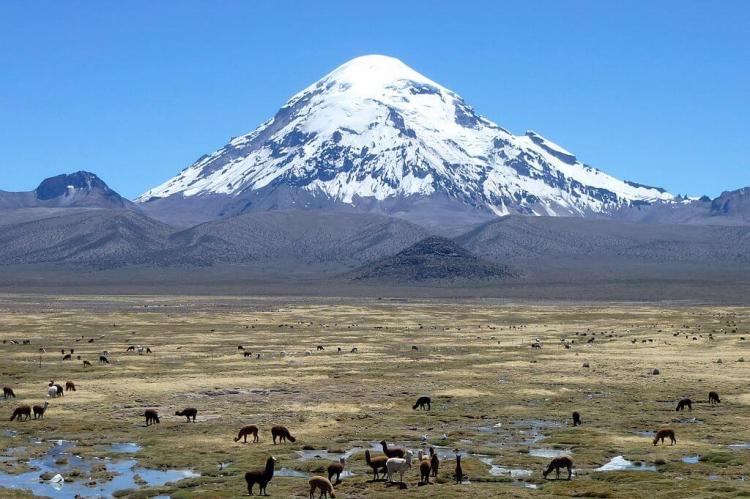 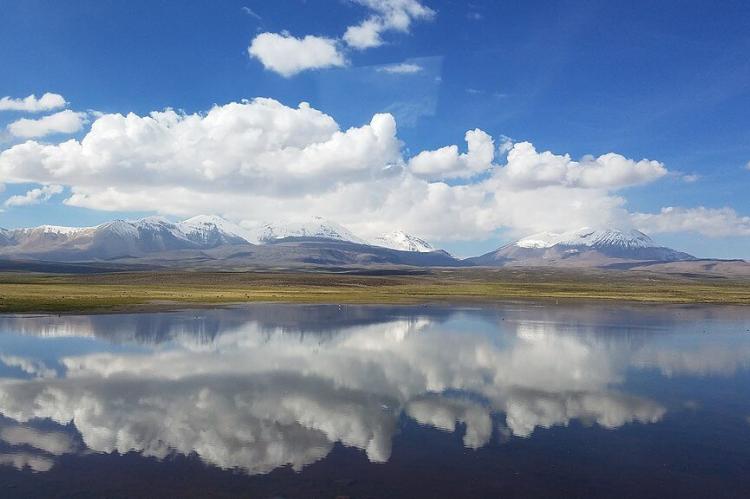 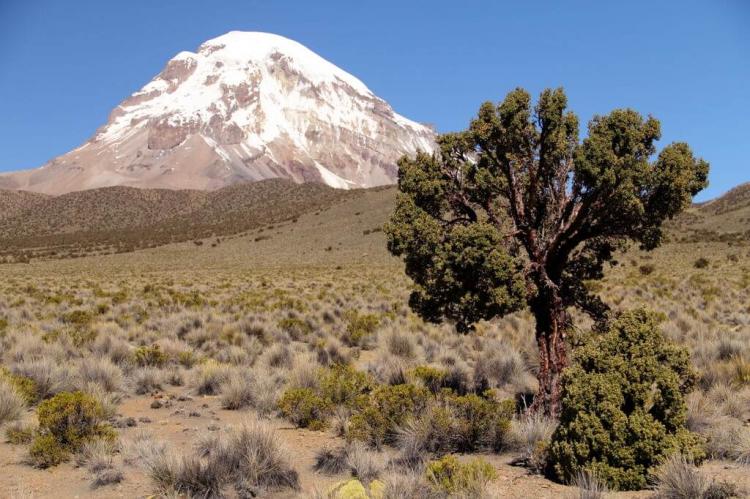 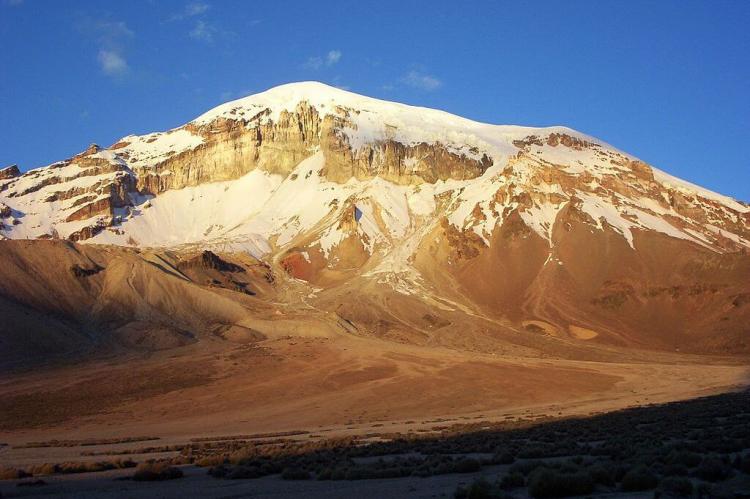 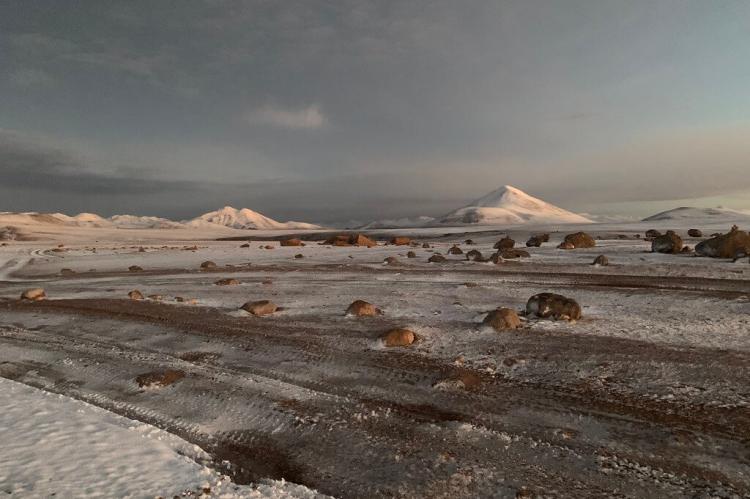 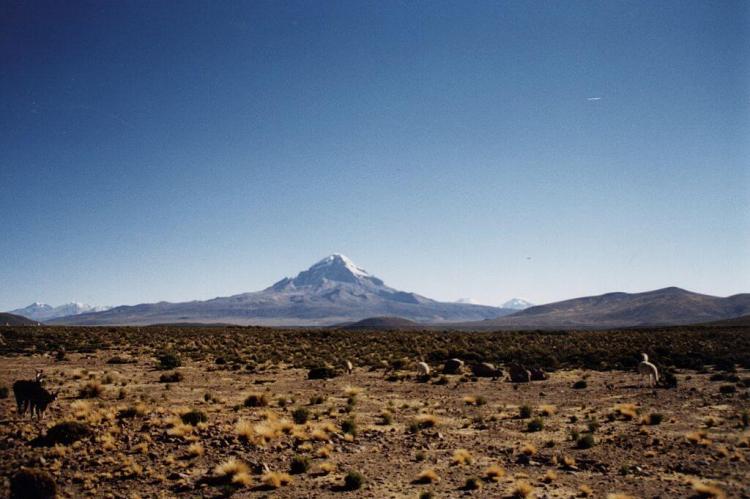 Nevado Sajama is an extinct stratovolcano and the highest peak in Bolivia. Part of the Cordillera Occidental, within the Central Andes, the mountain is located in the Sajama canton of the Oruro Department, about 20 km (12 mi) east of the border with Chile.

Nevado Sajama is a composite volcano, consisting of a stratovolcano on top of several lava domes. It is not clear when it last erupted but it may have been during the Pleistocene or Holocene.

The mountain has a conical shape and is capped by a summit crater. The Patokho, Huaqui Jihuata and Phajokhoni valleys are located on its eastern flank. At lower elevations the entire volcano features glacially-deepened valleys.

Nevado Sajama lies in the Western Andes of Bolivia and in the western side of the Altiplano. It is part of the Central Volcanic Zone of the Andes, where volcanism is triggered by the subduction of the Nazca Plate beneath the South American Plate.

Joseph Prem made the first attempt to climb the mountain in 1927 by the northwest ridge but was stopped short at 6,200 m (20,300 ft). After several more attempts, Prem, along with Wilfrid Kuehm, reached the top by a more difficult southeast ridge in August 1939.

From the village of Sajama, an acclimatized team can climb the mountain in two or three days if weather conditions are favorable. 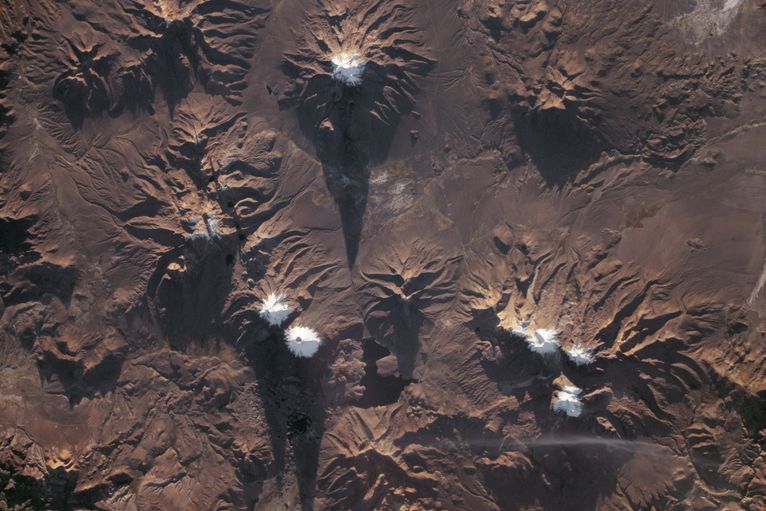 Sajama National Park is located in the Oruro Department of western Bolivia, bordering the Lauca National Park in extreme northeast Chile. Situated in Bolivia's Cordillera Occidental, it is home to Nevado Sajama, an extinct stratovolcano and the highest peak in Bolivia.

The area is home to the Aymara indigenous people, whose influential ancient culture can be seen in various aspects throughout the region. Sajama plays a key role in traditional indigenous mythology, as well as in the formation of the present-day identity of local communities.

Relatively small, at 100,200 ha (247,600 acres) and with an indigenous Aymara population of about 1,700 within its limits, Sajama National Park lies in an otherwise poor and abandoned region.

Here, people earned a livelihood from raising native llamas and alpacas for most of the 20th century, as agriculture is virtually impossible due to altitude and climatic conditions

The park features a spectacular Andean landscape, with elevations ranging from 4,200 to 6,542 m (13,780 to 21,463 ft). It contains the snowy cone of the volcano Sajama, the highest mountain in Bolivia.

The park also includes the Payachata volcanic group, a north-south trending complex of potentially active volcanoes on the border of Bolivia and Chile, directly north of Chungará Lake.

Created in 1939, its primary objective was for the protection of native Queñoa De Altura (Polylepis tarapacana) that grows on the hillsides of this region. This shrub-like tree has adapted to the high elevations and harsh climate of the Andes.

The area was first declared a nature reserve and then later ratified by national law as the Sajama National Park. It had neither formal administration nor park rangers until 1995.

At the time that the area was declared a reserve, rampant harvesting of the queñoa tree was taking place to create charcoal to supply Bolivian mines. Protecting these woodlands was the impetus for its creation.

On July 1, 2003, Sajama National Park was added to the UNESCO World Heritage Tentative List due to its universal cultural and natural significance.

Above 4,000 m (13,000 ft) frost-tolerant herbs such as Azorella and asteraceae, caryophyllaceae, malvaceae and poaceae make up most of the vegetation.

Open queñoa (Polylepis tarapacana) forests form a vast belt around the Sajama Volcano at altitudes between 4,300 and 5,200 m (14,000 and 17,000 ft) and are considered to be the highest forests in the world.

The trees are usually no higher than 5 m (16 ft) and are separated by large distances from each other and appear to localize to spots where water is available. The current woods are remnants; whether the decrease is caused by human impact or climate change is not clear.

One example of unique wildlife in the park is the vicuña, a species of camelid related to the llama and the alpaca. Once poached to near extinction because their fine, valuable wool, they are now protected in the area and their numbers are rebounding.