Founded in 1519, Panamá Viejo was the oldest European settlement on the Pacific coast of the Americas. Abandoned in the mid-17th century, it was replaced by today's Historic District, which has preserved its original street plan, its architecture and an unusual mixture of architectural styles. 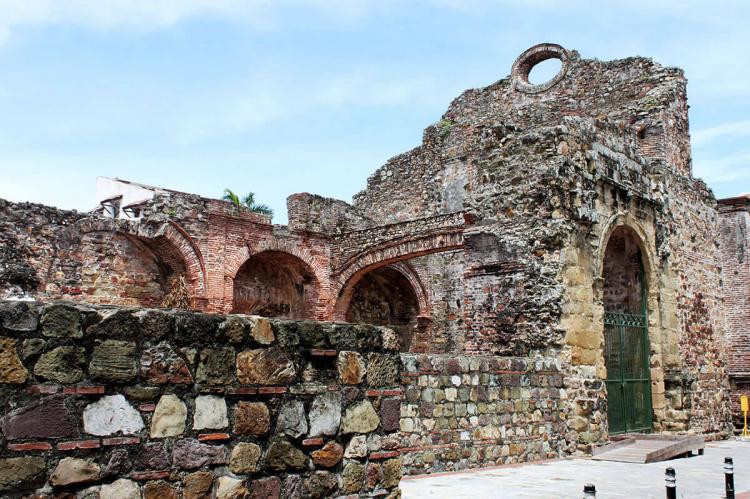 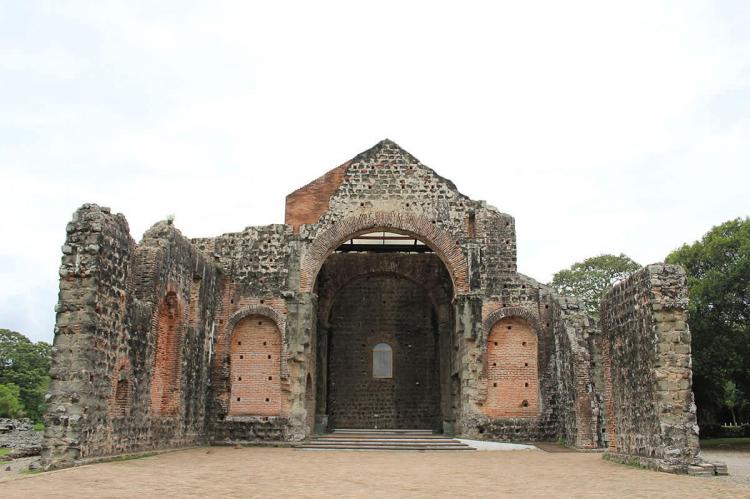 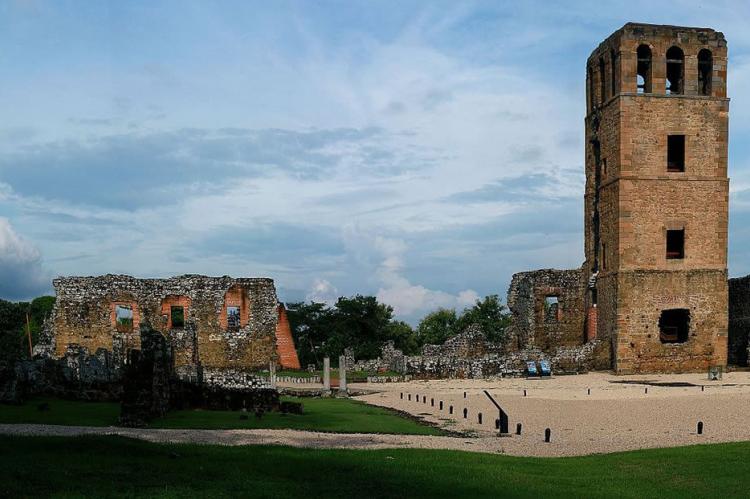 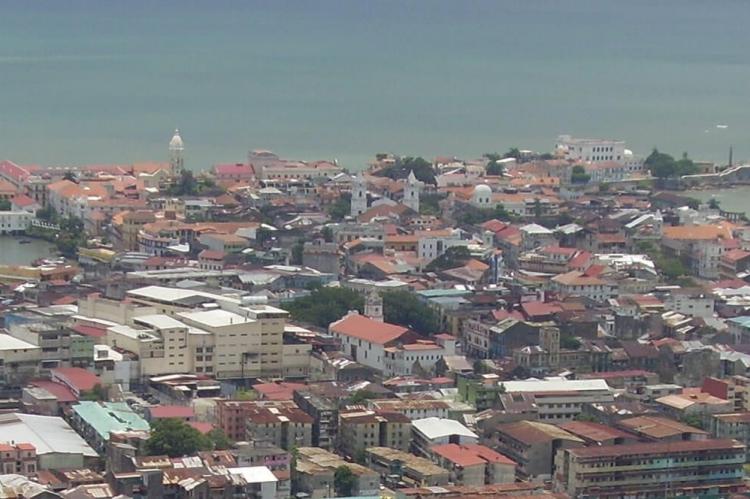 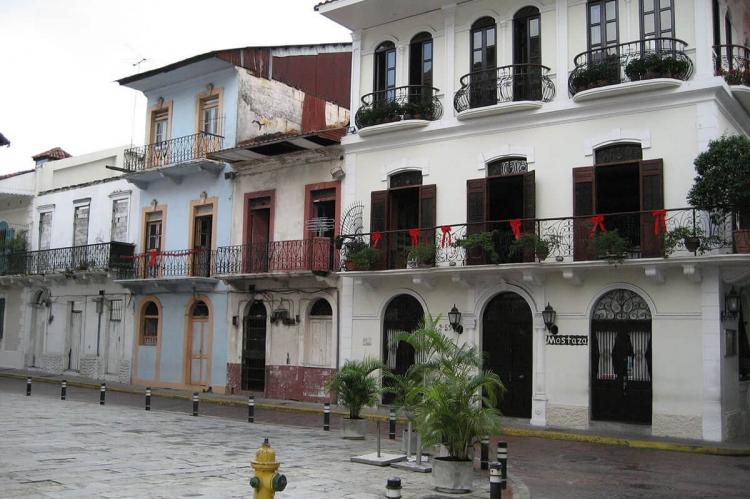 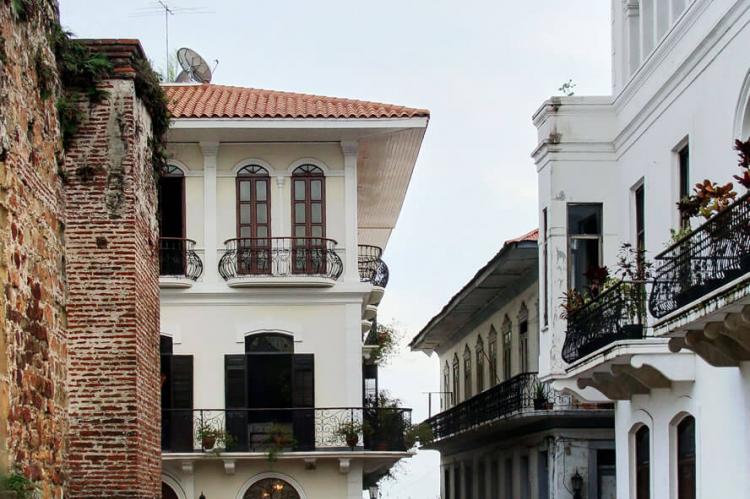 Archaeological Site of Panamá Viejo and Historic District of Panamá

Panama City, the oldest continuously occupied European settlement in the Pacific coast of the Americas, was founded in 1519, as a consequence of the discovery by the Spanish of the South Sea in 1513.

The settlement was a first rank colonial outpost and seat of a Royal Court of Justice during the 16th and 17th centuries when Panama consolidated its position as an intercontinental hub. Its growth in importance, as it profited from the imperial bullion lifeline, is reflected by the imposing stone architecture of its public and religious buildings.

During its 152 years of existence, the town was affected by slave rebellion, fire and an earthquake but was destroyed in the wake of a devastating pirate attack in 1671.

The Archaeological Site of Panamá Viejo is the remaining part of the old Panama City and former capital of the country of Panama. It is located in the suburbs of modern Panama City. Together with the Historic District of Panamá, it is a World Heritage Site.

The archaeological remains of the original settlement (originally known as Castilla del Oro) include the pre-Columbian vestiges of the Cuevan aboriginal occupation of the same name, and currently encompass a protected heritage site covering 32 ha (79 acres).

Since it was relocated and never rebuilt, Panamá Viejo preserves its original layout, a slightly irregular, somewhat rudimentary grid with blocks of various sizes. There is archaeological evidence of the original street pattern and the location of domestic, religious and civic structures.

The archaeological site of Panamá Viejo is an exceptional testimony of colonial town planning; the ruins of its cathedral, convents and public buildings showcase unique technological and stylistic characteristics of its temporal and cultural context.

The site also offers invaluable information on a variety of aspects of social life, economy, communications and the vulnerability of a strategic site within the geopolitical dynamics at the height of Spanish imperial power.

In 1673 the city was moved some 7.5 km (4.7 mi) southeast, to a small peninsula at the foot of Ancón hill, closer to the islands that were used as the port and near the mouth of a river that eventually became the entrance of the Panama Canal.

The relocated town, known today as Casco Antiguo or the Historic District of Panama, not only had better access to fresh water but could be fortified. The military engineers, moreover, took advantage of the morphological conditions that complemented the wall surrounding the peninsula, all of which prevented direct naval approaches by an enemy.

The area within the walls had an orthogonal layout, with a central plaza and streets of different widths; outside the walls the suburb of Santa Ana had an irregular layout.

There is a centrally-located main plaza (which was enlarged in the 19th century) and several smaller post-colonial plazas on the fringes. Most of the seaward walls of the colonial fortifications and parts of the landward bastions and moat survive.

Several buildings within the District are identified as important for the country’s 17th-20th century heritage. Most outstanding are the churches, above all the cathedral with its five aisles and timber roof; San Felipe Neri, San José, San Francisco and especially La Merced with its well-preserved colonial timber roof.

The Presidential Palace originally built in the late 17th century and partially reconstructed in the 18th, 19th and early 20th centuries, is a revealing example of the transformations that characterize the Historic District as a whole.

The House of the Municipality, the Canal Museum building (originally the Grand Hotel), the National Theater, the Ministry of Government and Justice and the Municipal Palace are outstanding buildings of a more recent period.

These include not only upper-class houses from the entire period, but also 2- to 5-floor apartment houses and wooden tenement buildings from the early 20th century erected to satisfy the requirements of a more stratified urban society

Particularly relevant is the Salón Bolivar, originally the Chapter Hall of the convent of San Francisco, which is the only surviving part of the 17th-18th century complex.

The Salón Bolívar has special historical importance as the site of the visionary, but abortive attempt by Simon Bolivar in 1826 to establish what would have been the world’s first multinational and continental congress.

The present-day appearance of the Historic District is marked by a unique blend of 19th- and early 20th century architecture inspired in late colonial, Caribbean, Gulf Coast, French and eclectic (mostly neo-Renaissance) styles.

The Historic District’s layout, a complex grid with streets and blocks of different widths and sizes and fortifications inspired in late Renaissance treaties, is an exceptional and probably unique example of 17th-century colonial town planning in the Americas.

These special qualities, which differentiate it from other colonial cities in Latin America and the Caribbean, resulted from the construction, first of a railroad (1850-55) and then a canal (1880-1914) that linked the Atlantic and Pacific Oceans.

The construction of the Panama Canal, a landmark in the history the Americas and the world, had a tangible effect on the development of the Historic District and its surrounding area.