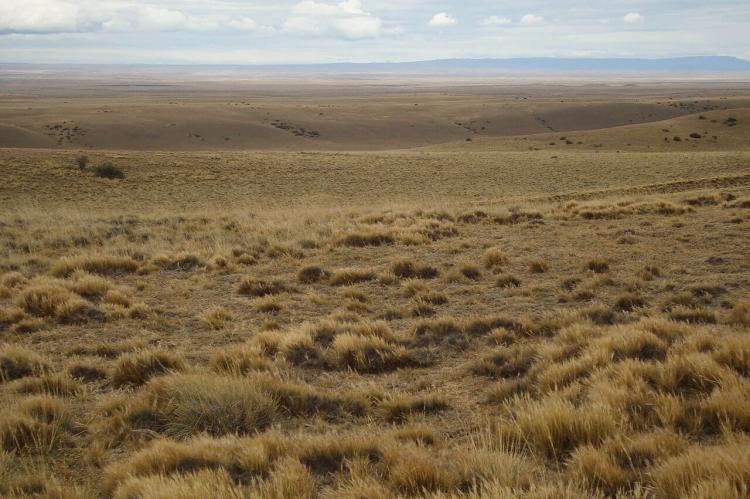 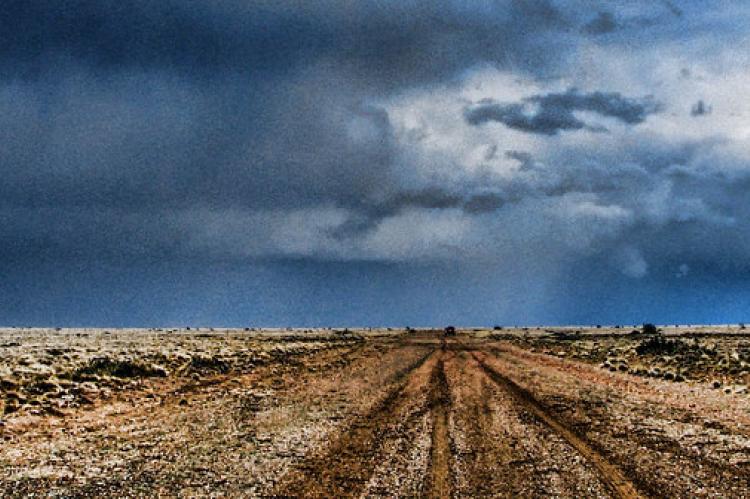 The region is bounded, approximately, by the Patagonian Andes to the west, the Colorado River to the north, the Atlantic Ocean to the east and the Strait of Magellan to the south.

The region south of the strait (Tierra del Fuego), which is divided between Argentina and Chile, is also often included in Patagonia. To the north the desert grades into the Cuyo Region and the Pampas.

The central parts of the steppe are dominated by shrubby and herbaceous plant species. To the west, where precipitation is higher, bushes are replaced by grasses.

Topographically, the deserts consist of alternating tablelands and massifs dissected by river valleys and canyons. The more western parts of the steppe host lakes of glacial origin and grades into barren mountains or cold temperate forests along valleys.

The Patagonian Desert is a large cold winter desert, where the temperature rarely exceeds 12 °C (54 °F) and averages just 3 °C (37 °F). The region experiences about seven months of winter and five months of summer. Frost is not uncommon in the desert but due to the very dry condition year round, snow is rare.

The Patagonian steppe ecoregion, also known as the Magellanic Steppe, mainly covers the Patagonia region of Argentina from the Atlantic Ocean shore to barely across the border into Chile.

The Peninsula Valdés is an outlier of this ecoregion, lying slightly north of the main body.

The topography of this ecoregion includes low-lying mountains, plateaus and plains. Soils are variable but generally rocky-sandy and poor in fine materials and organic matter.

The climate is very dry and cold with snow during the winter and frosts nearly year-round. A characteristic of the Patagonian climate is the constant drying wind that blows with great force from the western sector, particularly in the summer months.

In general, the vegetation of this steppe ecoregion is xerophytic and highly adapted for protection against drought, wind and herbivores.

There are three main types of vegetative communities. The most densely covered is semi-desert (45%), shrub-steppe (30%) and grass-steppe (20%).

Desert-like areas also exist with little to no vegetative cover as well as wet meadow areas which have close to 100% cover.