The Los Petenes-Ría Celestún and& Petenes mangrove ecoregion forms a coastal corridor of wetlands in excellent state of preservation. This system forms a unique biogeographical area in Mexico, of great ecological value for its large faunistic and floristic diversity, including the unique Peten mangrove. 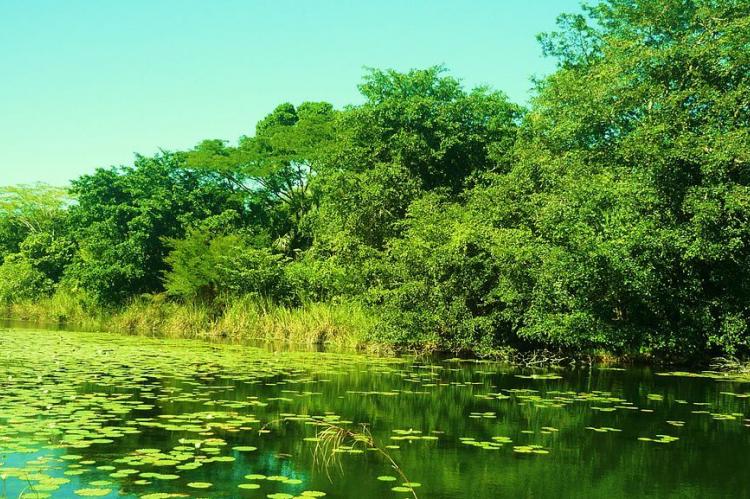 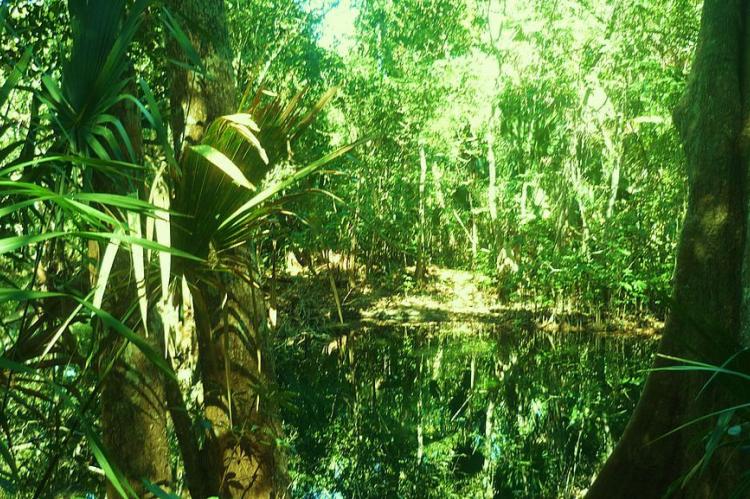 The Los Petenes-Ría Celestún / Petenes mangroves ecoregion is located in Mexico at the border between the states of Yucatán and Campeche, in the western portion of the Yucatán Peninsula. The low annual rainfall of this region paired with the severe dryness of the whole area has eliminated rivers from the landscape. Therefore, the freshwater necessary for productive mangrove ecosystems comes from springs.

The area is continuously flooded, though rivers are absent from the ecoregion. Instead, springs form in the bottom of the mangroves, providing freshwater and enormous quantities of nutrients; helping to regulate salinity and raise nutrient concentrations. This coastal ecoregion lies in the part of the Yucatán Peninsula that receives the lowest annual rainfall, averaging 450 mm (18 in).

Water pollution has deteriorated a large portion of the mangroves in the Yucatán Peninsula. However, CONABIO & INE (1995) classify this as one of the largest areas where mangroves are in a good state of conservation.

The Ría Celestún Biosphere Reserve protects 25% of the territory occupied by the Petenes wetlands. In addition, the North American Wetlands Conservation Council has designated this region as one of the priority wetlands of North America. The Mexican government has also submitted "Los Petenes-Ría Celestún" to UNESCO for placement on the World Heritage Tentative List of sites (see below).

The Celestún Lagoon is the most important hydrologic feature within this ecoregion; it lies on a carstic platform, and can thus achieve a high salt content. The soils, derived from sedimentary rocks, are shallow in some areas, but deep in others. Different types of mangroves can occur, depending on the levels of salinity and the amount of nutrients present.

The pygmy mangrove habitat is composed of short trees (< 5 m or 16.4 ft), while the fringe mangrove habitat is richer and composed of taller trees (15 - 20 m or 50 - 65 ft). Both types of mangroves house the same tree species: Rhizophora mangle, Laguncularia racemosa and a few individuals of Avicennia germinans, which are scarce because they are relatively intolerant of high salinity and persistent floods. Cladium jamaicensis, Typha dominguensis, Salicornia bigelovi, and Batis maritima can also be found in association with the dominant species.

A unique mangrove association, called Peten mangrove, is formed near the Celestún Lagoon. It is composed of the dominant species inhabiting mangroves, plus plants forming irregular hummocks of moist forests within the mangroves. Dominant species in petenes (besides mangrove trees) are: Manilkara zapota, Bursera simaruba, Malvaviscus arboreus and Ficus tecolutlensis.

The Petenes mangroves constitute one of the two refuges for the highly endangered American flamingo (Phoenicopterus ruber). Many fish species use the mangroves as oviposition areas, as well as breeding grounds, contributing to the high diversity of ichthyofauna in this region.

Some of the 107 fish species present use mangrove tree roots as natural refuges during the day, feeding on them during the night. Considering that many other species of vertebrates also depend on fish for food, this close relationship between the ichthyofauna and the mangroves is crucial to the maintenance of diversity in these communities.

The Petenes also constitute a natural refuge for crocodiles, and the only dry refuge within the wetlands for deer, small monkeys, and rodents that use the mangroves as foraging grounds.

The great diversity of aquatic plants lead some to consider this area the most diverse reservoir of aquatic plants in Mesoamerica. There are 304 species of birds, 33 species of mammal, and 5 species of reptile in the Petenes mangroves. Many birds are endemic and/or restricted-range species, adding to the ecological and biological value of Mexico’s wetlands

The ecoregion of "Los Petenes-Ría Celestún" forms a coastal corridor of wetlands in excellent state of preservation. This system forms a unique biogeographical area in Mexico, of great ecological value for its large faunistic and floristic diversity.

This region is a mosaic of mudflats, known locally as blanquizales, mixed with mangroves, cattails, reeds, low deciduous forest, low flooded forest, petenes of mangrove and rainforest, medium sub perennial rainforest and coastal dune scrub. This diversity of ecosystems maintains a faunistic diversity representative of the region, among which its avifauna is specially notice worthy, as it is represented by 304 species of birds among residents and migrants, coastal and marsh birds, such as herons (Ardeidae), ducks (Anatidae), gulls (Laridae) and a wealth of migratory songbird species (Passerines) and shorebirds that depart from the neighboring countries to the north of the continent, namely the United States and Canada, during their winter migratory flights.

The flora is represented by species of Central American and Caribbean affinity.

The geologic substrate on which these wetlands are situated corresponds to a karstic limestone, formed during Tertiary and Quaternary epochs, and which represents the youngest portion of the Yucatan Platform on the northern half of the Peninsula. Cenotes or dolines and fresh water spring form on this substrate.

The climate is tropical sub humid, with summer rains, which total near to 800 mm of rainfall; the average temperature is of the order of 26°C.

It should be pointed out that the estuaries of Ría Celestún are constituted by a very shallow hyper saline estuary that promotes water evaporation, and favors the presence of Brine Shrimp (Artemia salina) and Pink Flamingo (Phoenicopterus ruber), which feed upon these shrimp, in what represents their resting, feeding and breeding area, hosting a population estimated at close to 23,000 individuals.

These estuaries have been formed by the accumulation and deposition of sand deposited by oceanic currents. In the area of Los Petenes BR their peculiar plant communities known as petenes, islands of vegetation immersed in a matrix of shallow, muddy, brackish marshes, are particularly notice worthy. The surrounding fresh water springs, which nourish them, give origin to these islands that present the aspect of a ring-shaped rain forest. These plant communities result of special interest as they are only found in the Yucatan Peninsula, Florida and Cuba.

The petenes are dependant on the amount of fresh water, the type of soil and the micro topography, giving rise to plant associations such as mangroves, and including samples of low flooded rainforest and tall rainforest.

The type of soil plays a very important role in the distribution of the vegetation in the ecoregion of the Petenes-Ria Celestun, as the calcareous rock allows that filtrations of fresh water, originating in water-bearing formations, to surface inside the salt marsh, giving rise occasionally to cenotes, and promoting the presence of species of fresh-water hydrophytes interspersed in the salty water. This fact promotes the development of vegetation that constitutes a mosaic of different plant associations along the land-sea gradient.