The Podocarpus - El Condor Biosphere Reserve covers an area of over 2.6 million acres in southern Ecuador. This area, which includes the Podocarpus and El Condor National Parks, is considered to be one of the most important sites for biodiversity in the world. 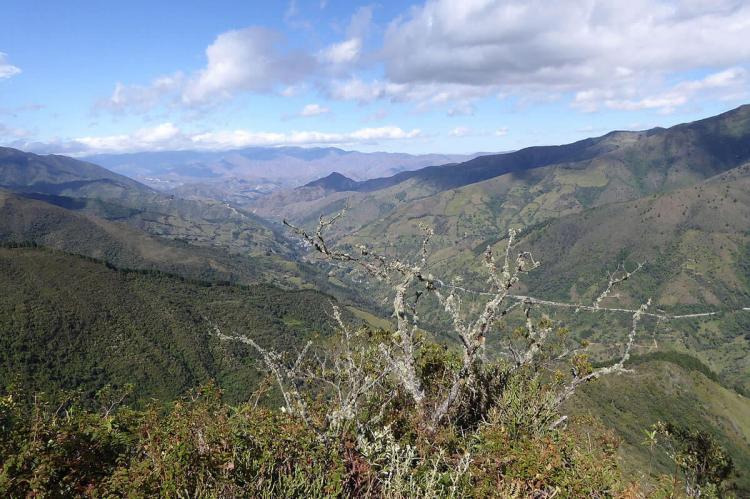 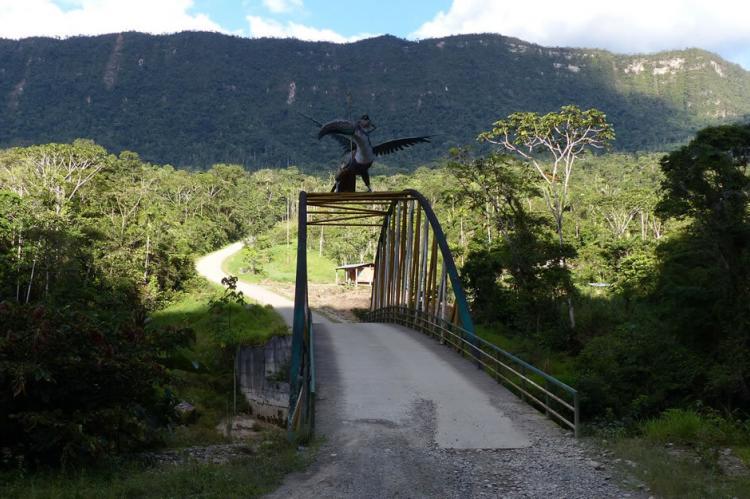 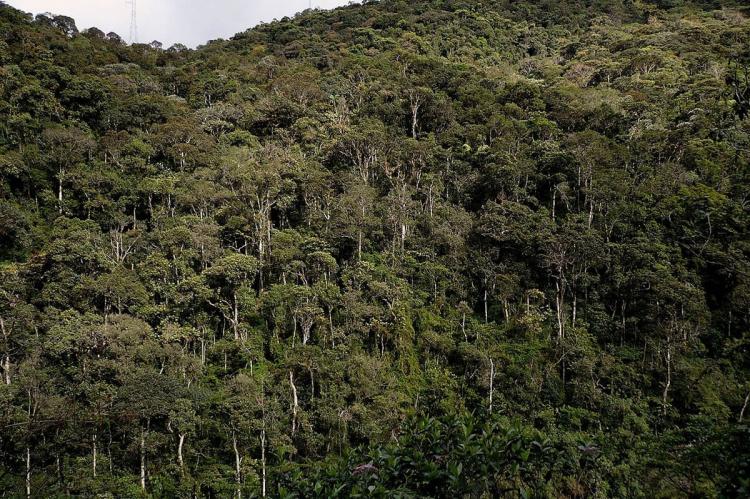 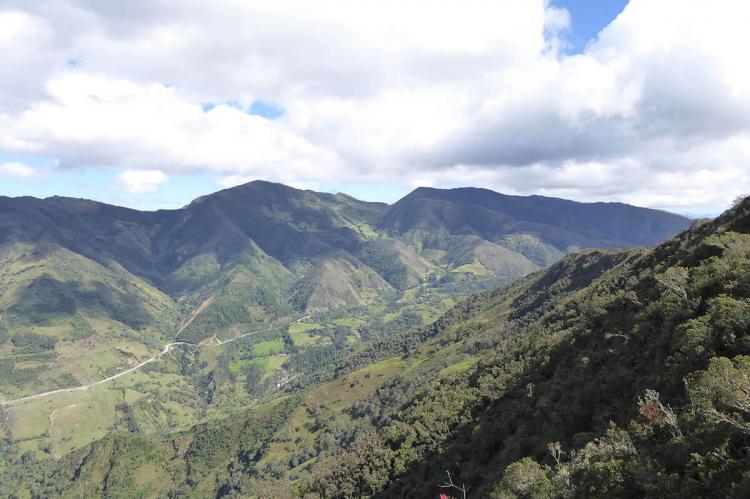 Podocarpus National Park is a national park located in the provinces of Zamora Chinchipe and Loja, in the southeast of Ecuador. It covers 146,300 ha (360,000 acres), from two spurs of the eastern range of the Andes to the basins of the Nangaritza, Numbala, and Loyola rivers.

The area is categorized as a megadiverse zone and an area with a high level of endemic species because it is a meeting point between four ecological systems: Northern Andes, Southern Andes, Amazonian, and Pacific.

The park is part of the Podocarpus - El Condor Biosphere Reserve and is is made up of two primary areas: the upper premontane section with tropical cloud forests and the lower subtropical section. There are large areas of virgin forest containing three specific species of genus Podocarpus.

An estimated 3,000 vascular plant species are found here. Although considerable knowledge has been gathered about its biodiversity in parts of the area, only a minority of the species inhabiting the park has been discovered so far.

Included in the enormous biodiversity here are speckled bears, pumas, the Andean fox, giant armadillo, jaguar, mountain tapirs, Pudú, the smallest deer in the world and a huge variety (as many as 500 registered species) of exotic birds. Threatened species include the coppery-chested jacamar, the Equatorial graymails, Peruvian antpitta and the bearded guan.

El Cóndor National Park lies within a reserved zone between Peru and Ecuador. Though its borders actually fall within the borders of Ecuador, it is commonly combined with the Zone of Ecological Protection (5,400 ha or 13,345 acres) and the Santiago-Comaina Reserve Zone (1,642,570 ha or 4,058,880 acres), both of which are in Peru, to form a mega-reserve of subsequent importance.

El Cóndor National Park is located in the Cordillera del Cóndor in Ecuador, bordering the Santiago-Comaina protected area, located in the Amazonas Region, Condorcanqui Province of Peru. It is a so-called 'Peace Park'.

The park falls into the Zamora Chinchipe (Peru) and Morona Santiago (Ecuador) provinces and is commonly viewed as being a national treasure for both Peruvians and Ecuadorians.

It was established by both governments who decided that it would be beneficial to create a protected area here instead of continuing to argue over which country the area should belong to.

Recognizing the biological significance of the region and the potential of applying the parks for peace concept to foster further transboundary cooperation, the agreement of 1998 stated the need of establishing Adjacent Zones of Ecological Protection on both sides of the international border.

Following the signing of the agreement, the Government of Ecuador created in 1999 the El Cóndor National Park over 25.4 sq km (9.8 sq mi), while Peru established, across the border, a Zone of Ecological Protection of 54.4 sq km (21 sq mi).

The area contains dense cloud forests, with an exceptionally rich biodiversity including several endemic species. The remoteness and, particularly from the Peruvian side, inaccessibility means that species under threat in other areas of the Amazon are still plentiful here.

The Podocarpus - El Condor Biosphere Reserve covers an area of over 2.6 million acres in southern Ecuador. This area, which includes the Podocarpus National Park as well as Yacurí National Park, is considered to be one of the most important sites for biodiversity in the world.

It contains 5,000 plant species, over 40% are which are endemic or restricted to this area, including an abundance of orchids, bromeliads, ferns and tree species.

Along with such attractive mammals as the spectacled bear, mountain tapir, ocelot and puma, the Reserve is home to more than 800 bird species, including 61 species of hummingbirds and 81 different tanagers.

Birds include the spectacular Andean cock-of-the-rock, and many endemic species such as the Neblina Metaltail and the White-breasted Parakeet.

Rainfall amounts vary widely across the region, averaging between 380 and 8,000 mm (15 and 315 in) per year. These conditions have shaped 48 distinct types of ecosystems with exceptional biodiversity.

The páramos, or high altitude grasslands and cloud forests of the reserve are the source of four bi-national rivers that supply water to almost one million people in Ecuador and Peru.

This area also contains the territories of the indigenous Shuar and Saraguro groups, the cities of Loja and Zamora, and several centers of religious culture and tourism such as El Cisne, Vilcabamba and Nangaritza. The reserve also provides water for two million people in southern Ecuador and northern Peru.