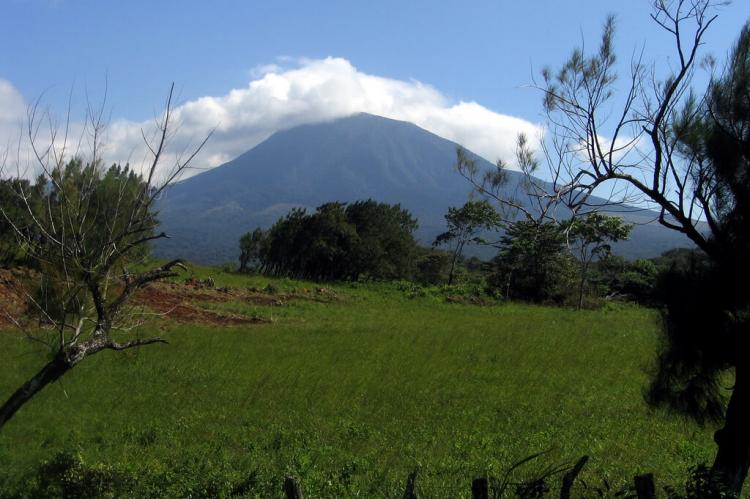 Rincón de la Vieja ("Corner of the Old Woman") is an active andesitic complex volcano in northwestern Costa Rica, Guanacaste province, approximately 23 km (14 mi) northeast of the city of Liberia. It erupted most recently in September 2011.

Rincón de la Vieja stands 1,916 m (6,286 ft) above sea level ;and its summit is the highest point in Rincón de la Vieja Volcano National Park. The volcano has many fumaroles and hot springs on its slopes, indicating substantial reserves of geothermal energy.

Various water features are major attractions at the park and include a freshwater lagoon, waterfalls, hot springs and boiling mud pits. With its location and sheer size, the park allows visitors to experience both the Caribbean and Pacific sides of the Cordillera de Guanacaste.

Located of Liberia in Guanacaste, Costa Rica, the park is split into two sections: Las Pailas and Santa María. The park is serviced by two ranger stations, one in the Santa Maria sector and the other in the Las Pailas sector.

The National Park is part of the Area de Conservación Guanacaste World Heritage Site. Trails extend from the Santa Maria ranger station and wind through the park, passing hot springs and waterfalls along the way.

Tropical forests, including sections of montane and dwarf cloud forest, span the park's base, providing safe haven for a host of flora and fauna.

Exotic and rare flora and fauna find refuge here including kinkajous, pumas, a variety of monkeys, sloths, tapirs and jaguars.

The west side of the park on the slope of the volcano that fronts the Pacific Ocean is more arid than the eastern Caribbean-facing side, which means that it has a dry season from February through April.