Sage Mountain National Park is a protected area located on the island of Tortola, British Virgin Islands (BVI). Located to the southwest of the BVI capital, Road Town, the park is named after the highest peak in all of the Virgin Islands. 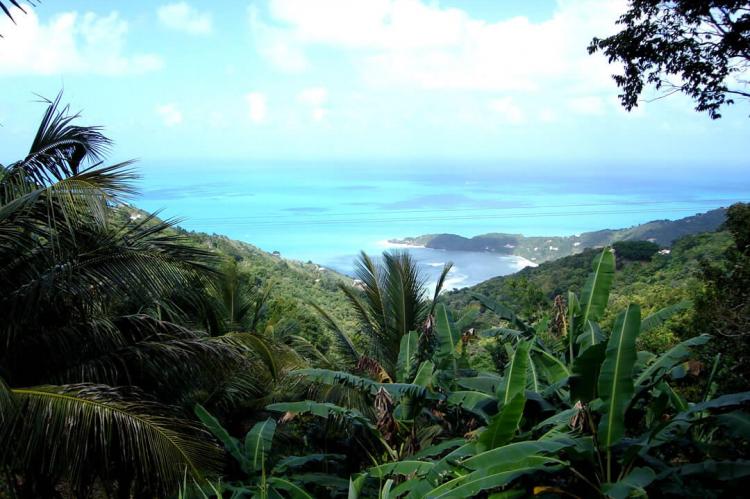 The park, which includes the mountain range, extends over an area of 39 ha (96 acres) and is located to the southwest of the BVI capital, Road Town.

Through a generous donation from Laurance Rockefeller, an American philanthropist and conservationist, the land at Sage Mountain was purchased from farmers and given to the BVI Government as a national park. The farmland was reforested with white cedar (Tabebuia heterophylla), West Indian and Honduran mahogany trees (Swietenia mahogoni and Swietania macrophylla), which have thrived along with other naturally regenerated secondary vegetation.

The tall, volcanic mountain range acts like a natural barrier, blocking dry winds and strong sun shine. Rains occur from the moist trade winds generated in the Tortola's mountains and falls mostly on the northern side of the park, supporting a few forest species, while the southern part of the park reflect old pastures of dry forests.

Although rainfall is low in these islands, the old growth forest on the northwestern side of the Park is typical of Caribbean rain forests.

A small area of 11.9 ha (29.5 acres), which is generally of rocky terrain, retains the original forest species as they could not be cleared for agriculture. The old-growth forest on Sage Mountain is noted to be "untouched since the time of Columbus."

Groves of mammee apple (Mammea americana) and heliconia trees are also recorded along the entrance path of the park. Some of the ferns, flowers, and vines which grow in the park are not found elsewhere on Tortola.