The Serranía de Chiribiquete are isolated table mountains in the Amazon Region of Colombia at the confluence point of four biogeographical provinces. Chiribiquete National Park - "The Maloca of the Jaguar" is a World Heritage site with both natural and cultural significance. 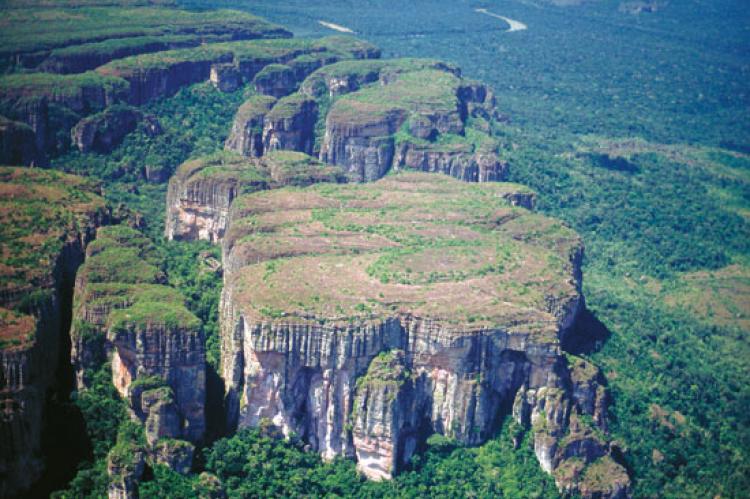 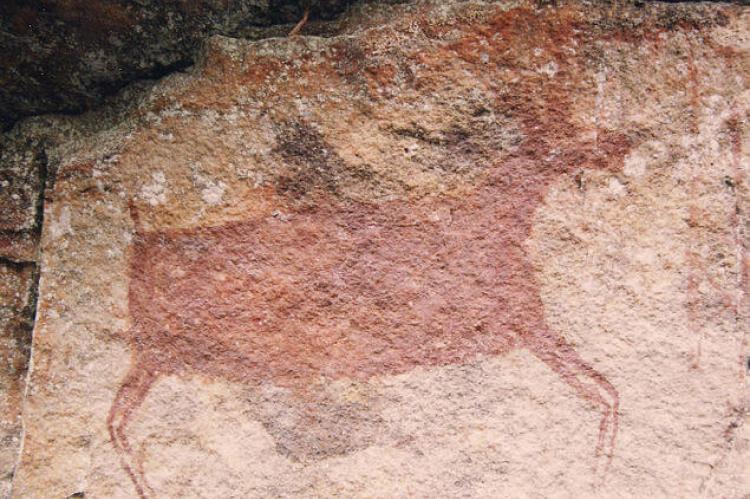 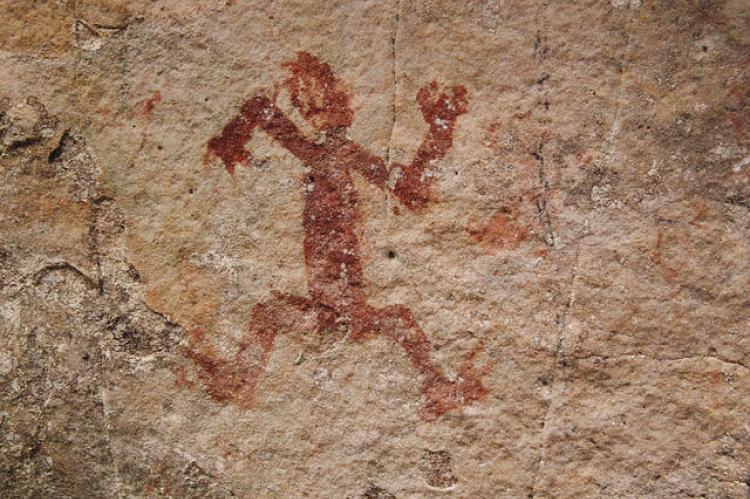 The Serranía de Chiribiquete or Chiribiquete Mountains are a group of isolated table mountains in the Amazon Region of Colombia, which is a part of the massive Amazon Rainforest. The area is protected as a National Park.

The mountains are part of the western edge of the Guiana Shield. The Caño Paujil waterfall originates from the Serranía de Chiribiquete.

Located in the heart of the Colombian Amazon, Serranía de Chiribiquete National Park is a vibrant, biodiverse hotspot that has one of the highest rates of plant diversity in the northern Amazon and is home to thousands of species, many of which are threatened.

These threatened species include lowland tapirs, giant otters, giant anteaters, woolly monkeys, jaguars and the Chiribiquete emerald hummingbird, the only endemic species in the Colombian Amazon.

In addition to its unique biodiversity, Chiribiquete National Natural Park is culturally significant for indigenous communities and contains one of the oldest, largest and densest archaeological pictographic complexes in the Americas.

Fifty murals made up of more than 70,000 ancient paintings depicting animals, hunting, battle and dancing; some are more than 20,000 years old. These pictographs can be found across the region’s many tepuis, table-top rock formations that rise out of the dense forest.

Chiribiquete National Park – "The Maloca of the Jaguar"

Chiribiquete National Park – "The Maloca of the Jaguar" is in the Amazon Rainforest in south-central Colombia. Following its extension in 2013, the park is now the largest national park in Colombia and is very large by global standards for protected areas.

It is located at the western-most edge of the Guiana Shield and contains one of only three uplifted areas of the Shield called the Chiribiquete Plateau.

One of the most impressive defining features of Chiribiquete is the presence of many tepuis which are table-top mountains, found only in the Guiana Shield, notable for their high levels of endemism.

The tepuis found in Chiribiquete, whilst smaller when compared to others in the Guiana Shield, result nonetheless in dramatic scenery that is reinforced by their remoteness and inaccessibility.

A particularly significant value of the property is its high degree of naturalness which makes it one of the most important wilderness areas in the world.

Some 75,000 rock pictographs have been listed on the walls of 60 rock shelters at the foot of tepuis. The portrayals are interpreted as scenes of hunting, battles, dances and ceremonies, all of which are linked to a purported cult of the jaguar, seen as a symbol of power and fertility.

Such practices are thought to reflect a coherent system of thousand-year-old sacred beliefs, organizing and explaining the relations between the cosmos, nature and man. The archaeological sites are believed to be accessed even today by indigenous uncontacted groups.

Chiribiquete is home to many iconic species including Jaguar, Puma, Lowland Tapir, Giant Otter, Howler Monkey, Brown Woolly Monkey. A high level of endemism occurs in the property and the number of endemic species is likely to rise substantially once new research programs are implemented.

The global significance of the property to biodiversity conservation is reflected by the fact that it is considered:

The biodiversity values of the property are inextricably linked to its significant cultural and archaeological values that are strongly associated to the beliefs and spiritual values of the indigenous peoples living in the property.