In the language of the Mayan peoples who once inhabited this region, Sian Ka'an means 'Origin of the Sky'. Located on the east coast of the Yucatán Peninsula, this Biosphere Reserve contains tropical forests, mangroves and marshes, as well as a large marine section intersected by a barrier reef. 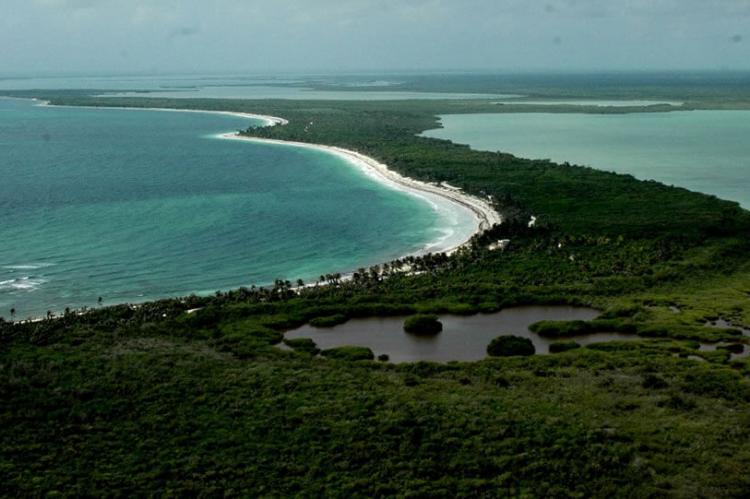 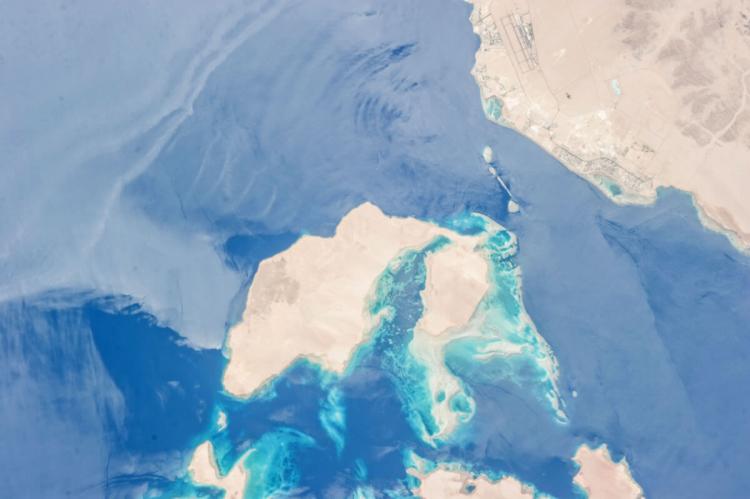 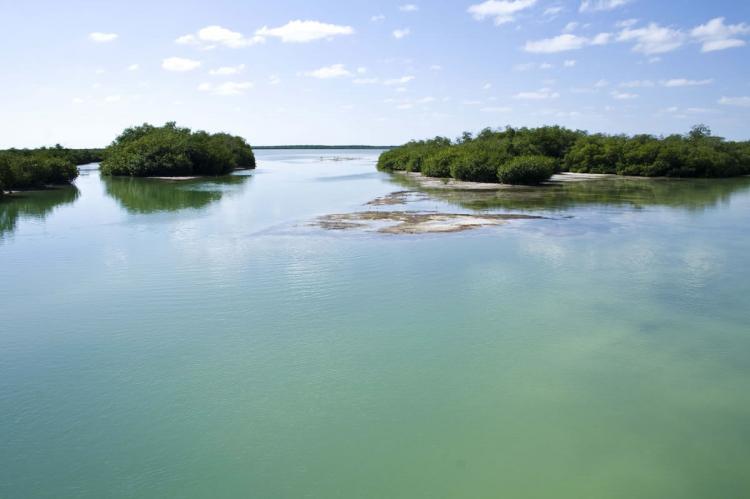 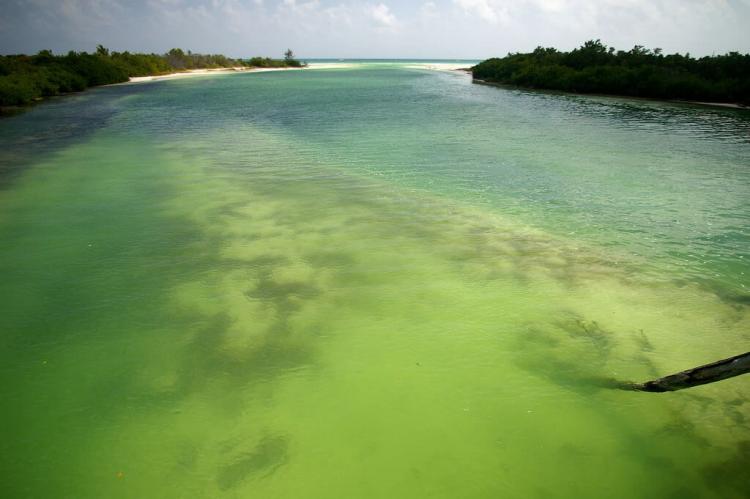 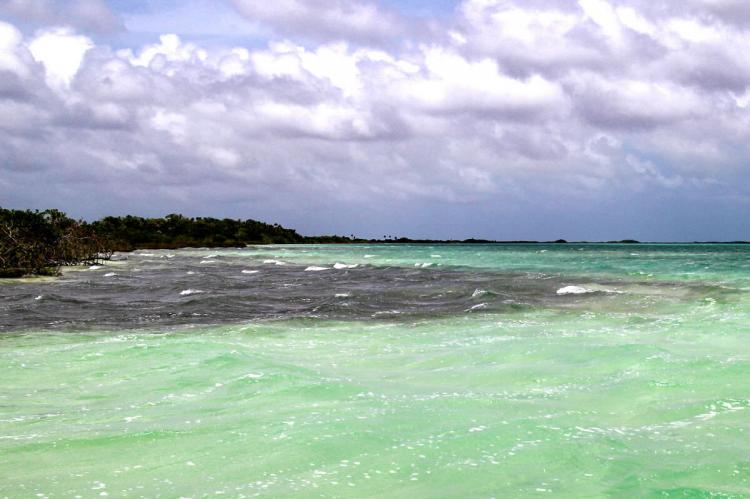 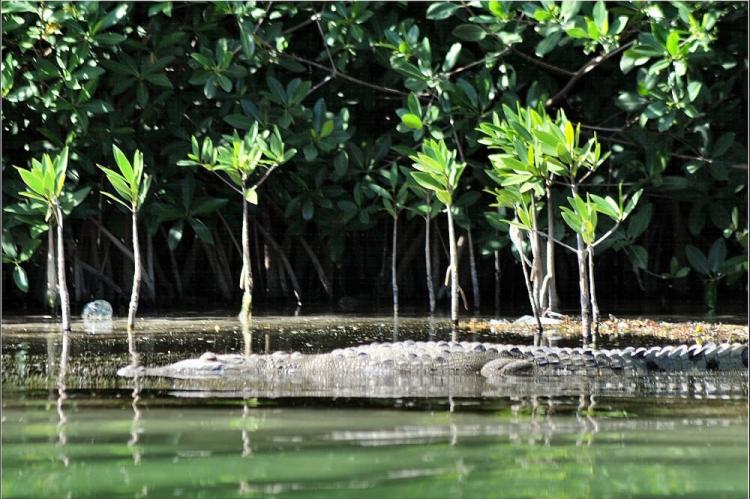 Thousands of years ago the original Maya inhabitants appreciated the exceptional natural beauty of this stretch of coastline, naming it Sian Ka'an, or "Origin of the Sky."

The site boasts diverse tropical forests, palm savanna, one of the most pristine wetlands in the region, lagoons, extensive mangrove stands, as well as sandy beaches and dunes.

The 120,000 ha (300,000 acres) of marine area protect a valuable part of the Mesoamerican Barrier Reef and sea grass beds in the shallow bays. The lush green of the forests and the many shades of blue of the lagoons and the Caribbean Sea under a wide sky offer fascinating visual impressions.

About a third of the site is comprised of highly diverse and productive mangrove communities, of vital importance to fisheries in the broader region. Hundreds of forested islands, locally known as "Petenes", emerge from the flooded marshes, some reaching over 1 km (.6 mi) in diameter.

A geological, biological and cultural peculiarity are the "Cenotes", deep natural sinkholes harboring fascinating life forms, many of them endemic. This karst phenomenon results from collapsing limestone exposing groundwater.

The diversity of life in Sian Ka'an is exceptional. The tropical forests are home to charismatic mammals such as Jaguar, Puma, Ocelot and Central American Tapir.

The World Heritage property also provides habitat for a large number of resident and migratory bird species. There is a great diversity of marine life, including the West Indian Manatee, four species of nesting marine turtles and hundreds of fish species.

The Sian Ka'an Biosphere Reserve is located on the eastern side of the Yucatán Peninsula; on the Caribbean coast of southeast Mexico, in the State of Quintana. It contains approximately 150,000 ha (370,000 acres) of protected deciduous and sub-evergreen forests.

A total of 4,000 plant and 28 mammal species have been recorded, including five species of cat, jaguar, puma, Central American tapir and Caribbean manatee. Due to the great diversity of aquatic habitats, marine and wading birds are well represented.

The flora is very similar to that of the region of the Gulf of Mexico and the Antilles, with 1,048 species including algae, mosses, ferns and higher plants.

Fauna inventories show 103 species of mammals, 339 species of birds with 219 of them residents and 120 migrant or temporary species, 90 species of native bees, 47 species of dragonflies, 74 of beetles, 310 species of dipterans and 318 species of daytime butterflies.

Among the marine invertebrates, mention should be made of the 84 species of coral and the 276 species of crustaceans.

Recently, new species of soil fauna have been described which have been named after the Biosphere Reserve. It appears to be the location in Mexico with the most similarity to the Antilles.

The Sian Ka'an Biosphere Reserve is a nesting area for turtles, sea and marshland birds, and is notorious for its special life developing in underground, flooded galleries.

Twenty-three Mayan sites have been recorded in the reserve, while Tulum, one of the most visited Mexican archaeological sites, the Chunyaxché ruins, Vigia del Lago and Xamach, are just to the north.