The Sierra de Álamos - Río Cuchujaqui Biosphere Reserve is located in the Mexican State of Sonora. From the tropical deciduous forest to the Sierra Madre evergreen forest, the reserve hosts an abundance of key species and extraordinary biological wealth. 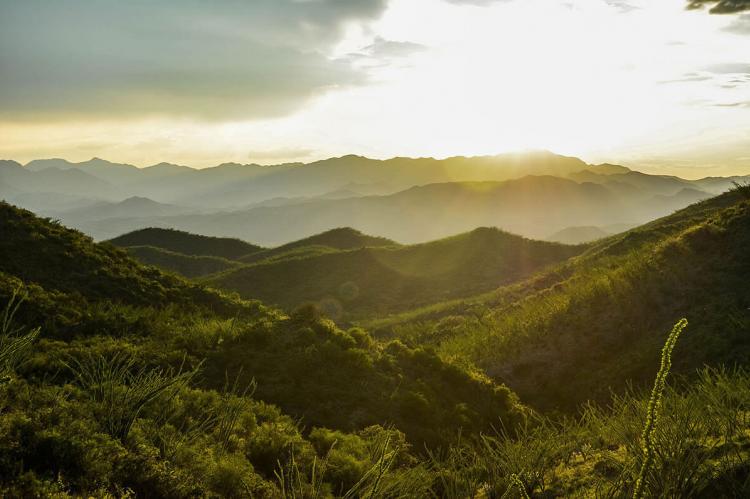 The Sierra de Álamos - Río Cuchujaqui Biosphere Reserve, located in the Mexican State of Sonora, falls within the geographical provinces of the Western Sierra Madre and the Northwest Coastal Plain.

It consists of an elevational gradient of vegetation, from the tropical deciduous forest (lowland deciduous) to the Sierra Madre evergreen forest (pine-oak forest).

The Sierra de Álamos runs parallel to the coast of the Pacific Ocean and is crossed by numerous deep gullies that have been excavated by the rivers that flow into the Pacific; this is the case of the Cuchujaqui River, a tributary of the Rio Fuerte.

The region of Álamos is known for the confluence between the northern limits of many tropical species. The protected area hosts a wealth of key species like puma (Puma concolor), jaguar (Panthera onca), ocelot (Leopardus pardalis) and kinkajous (Herpailurus yaguaroundi).

The Sierra de Álamos - Río Cuchujaqui Biosphere Reserve is located in an enclave in one of the Municipalities harboring the most biodiversity of the State of Sonora. There is an abundance of riparian forest of Taxodium mucronatum as well as a wide range of soils and geology.

It has mixed plant communities such as the Deciduous Tropical Fores (Lowland Deciduous Forest), the Sinaloa Thorny Shrubland and the Evergreen Sierra Madre Forest (Pine and Oak Forests).

Also to be found are mammals such as the Jaguar Panthera onca, the Ocelot Leopardus pardalis, and the Otter Lontra longicaudis.