The Tehuacán-Cuicatlán Biosphere Reserve is located in southeastern Mexico amid a complex system of mountain ranges and valleys within the Sierra Madre del Sur. Due to its endemic species, endangered species and rare floristic species, the site is a IUCN world biodiversity hotspot. 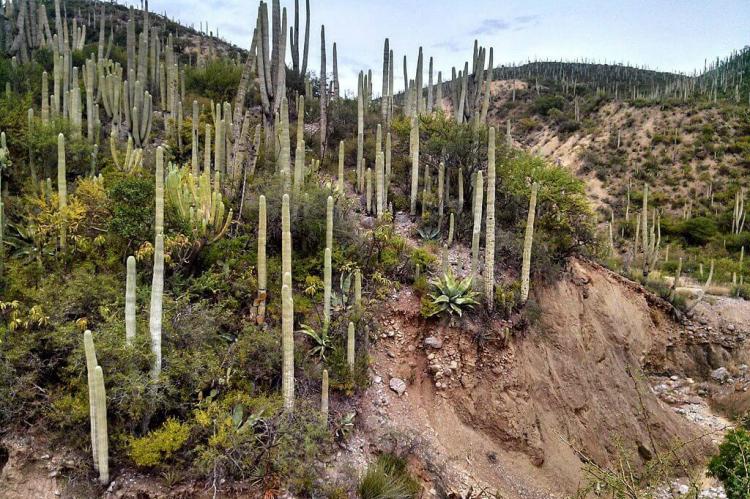 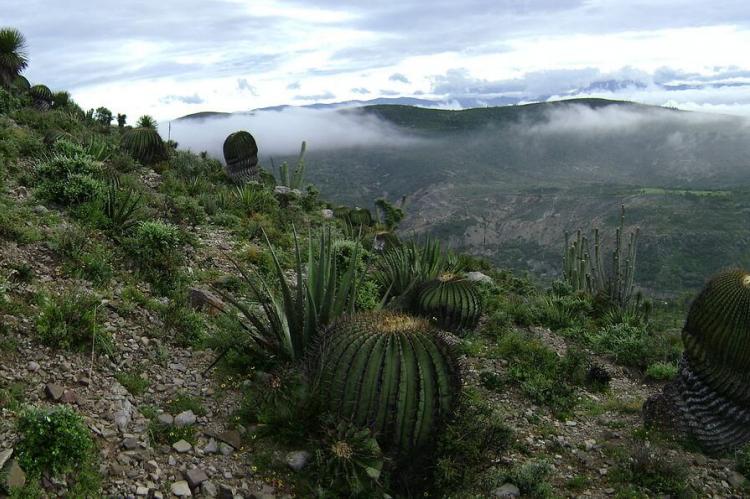 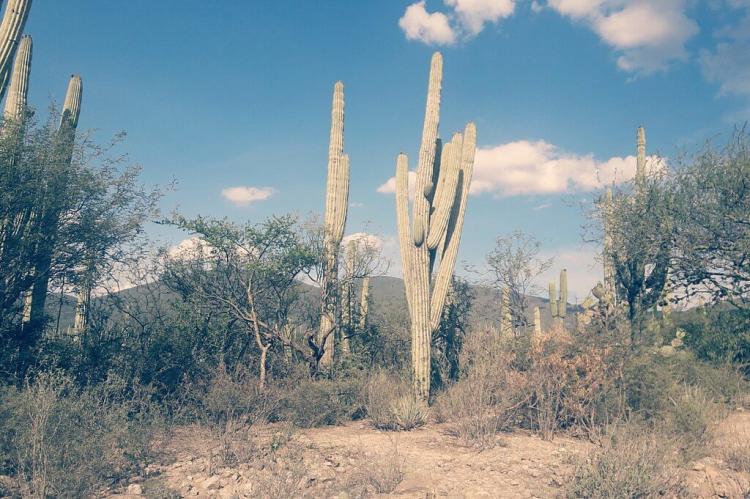 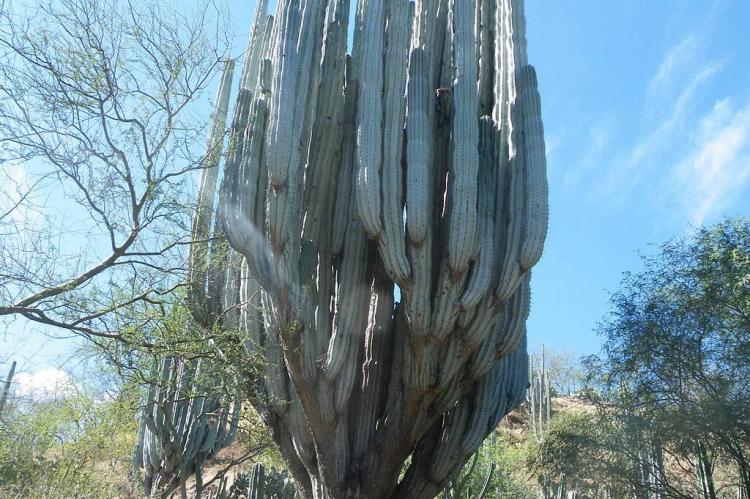 The Tehuacán-Cuicatlán Biosphere Reserve is a protected natural area located in southeastern Mexico. Its name derives from its two main locations: Cuicatlán and Tehuacán. It covers 490,186 ha (99,301 acres) in the states of Puebla and Oaxaca.

In 2018, much of the Biosphere Reserve was listed as a UNESCO World Heritage Site: Tehuacán-Cuicatlán Valley: originary habitat of Mesoamerica.

The Tehuacán-Cuicatlán Biosphere Reserve is located amid a complex system of mountain ranges and valleys generating a great biodiversity and different ecosystems. The region has played an important role in the development of agriculture in Mesoamerica.

The area belongs to and is located in the Sierra Madre del Sur. It is characterized by its rugged terrain, mountain ranges that do not exceed 3,000 m (9,800 ft), the broad valleys of Tehuacán and Zapotitlán and the Glen of Cuicatlán.

The reserve is bounded on the west by the Sierra Mixteca and on the east by three mountain ranges: Sierra Zongolica in the north, Mazatec Sierra in the center and Sierra de Juarez in the south.

The most outstanding mountain range is the Sierra Zongolica and the Sierra Mazatec, which is characterized by its karst topography, cut by deep canyons.

Almost all of the Tehuacán-Cuicatlán Biosphere Reserve is part of the upper basin Papaloapan River, one of the largest rivers of Mexico, even though in this area the rainfall is not enough to form large streams.

The Papaloapan River receives waters from numerous streams that originate in the mountains of the Sierra de Tehuacán and Sierra Mixteca, including Tehuacán, as well as the Calapa and Zapotitlán rivers.

One of the most exceptional ecological features from the Tehuacán-Cuicatlán valley is its columnar cacti forest, one of the highest concentrations of columnar cacti in the world. Fort-five of the seventy species reported in Mexico are in this central portion of the country.

These species are the dominant component in a total of nine plant communities that are mostly endemic to Tehuacán-Cuicatlán. The area also contains xeric bushes, tropical deciduous forest, pine forest, pine-oak and cloud forest.

Among vertebrates, the biosphere reserve hosts 18 fish species and 27 amphibian species, which is a high diversity in comparison to the deserts of North America and Australia. It has hosts 85 reptile species, of which 20 are endemic and 338 bird species, of which 16 are endemic.

Due to its endemic species, endangered species and its rare floristic species, the site is an IUCN world biodiversity hotspot.

The Tehuacán-Cuicatlán valley is considered a key site for the origin and development of agriculture in Mesoamerica and has provided important information about the domestication of different species such as maize (Zea mays), pepper (Capsicum annum), amaranth (Amaranthus sp.), avocado (Persea americana), pumpkin (Cucurbita sp.) and beans (Phaseolus sp.).

The biosphere reserve has a total population of 35,700 people (2012), including eight different indigenous groups. Most of the population living in the reserve depend on agricultural activities for their livelihoods.

The main activities are the collection of wild fruits and seeds, seasonal agriculture and irrigation, the raising of goats, cattle and horses, and the extraction of stone materials and forestry to obtain firewood and timber.