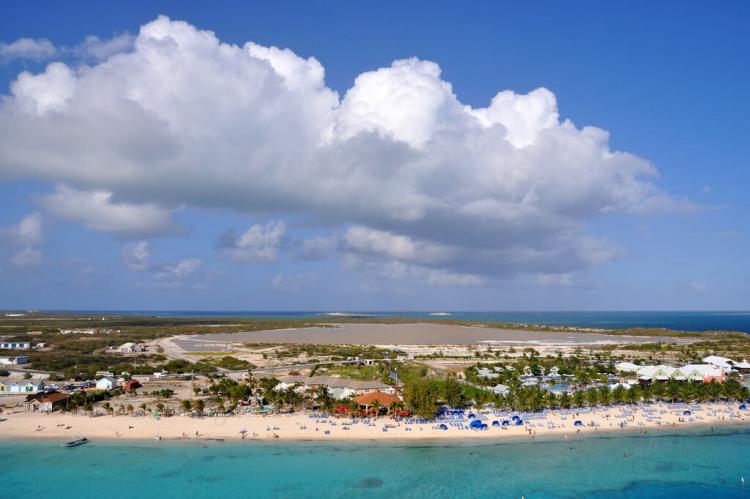 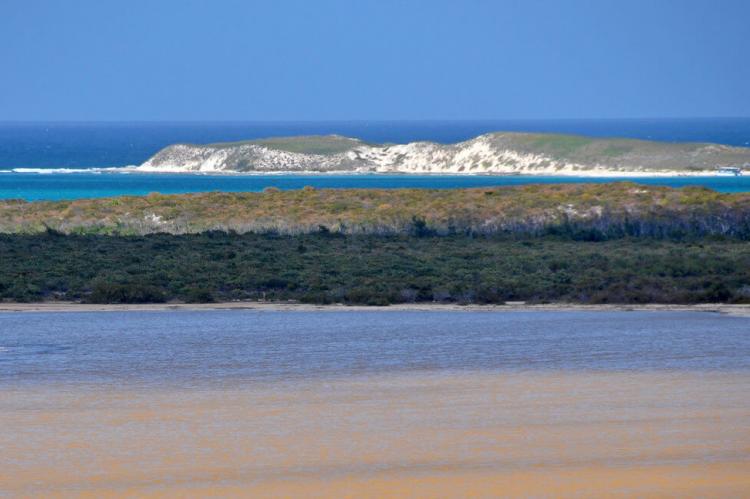 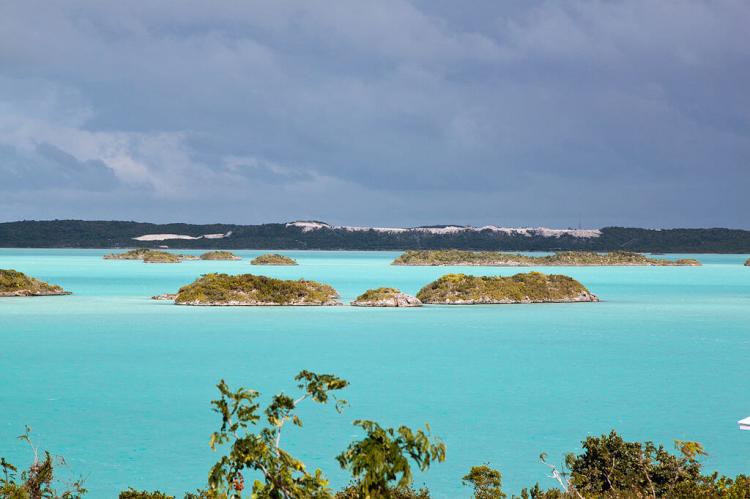 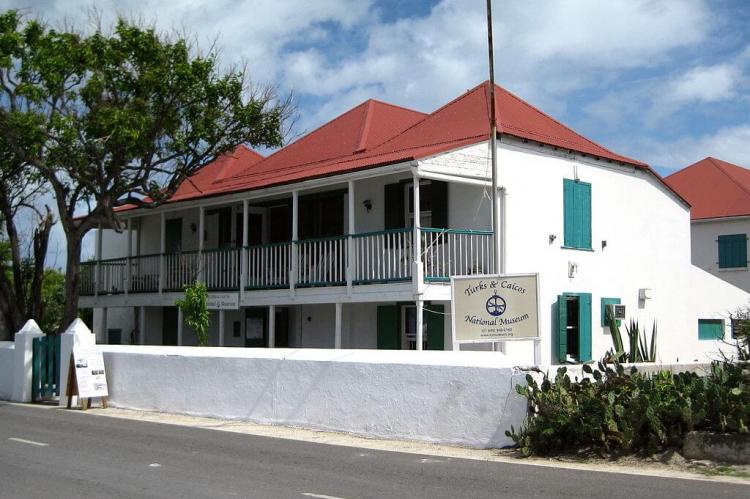 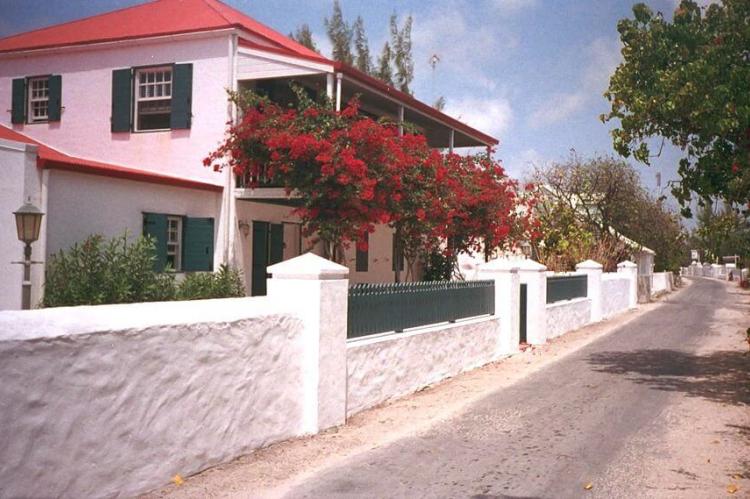 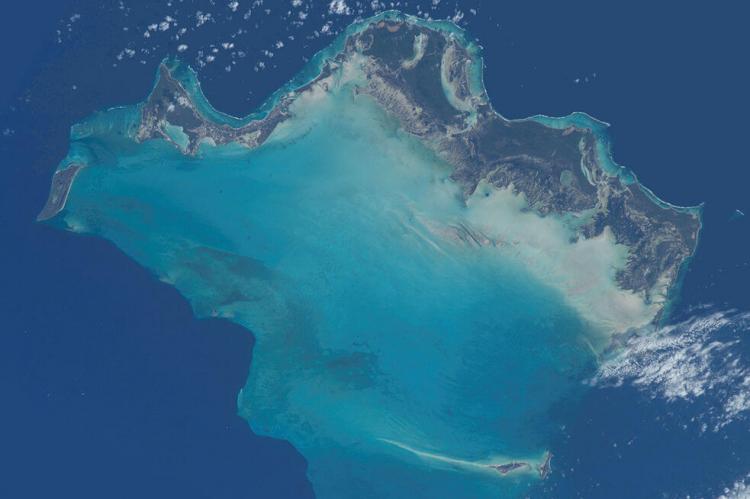 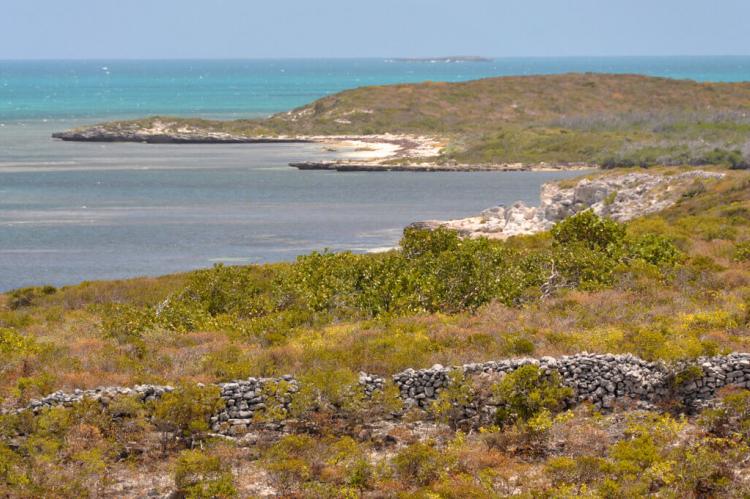 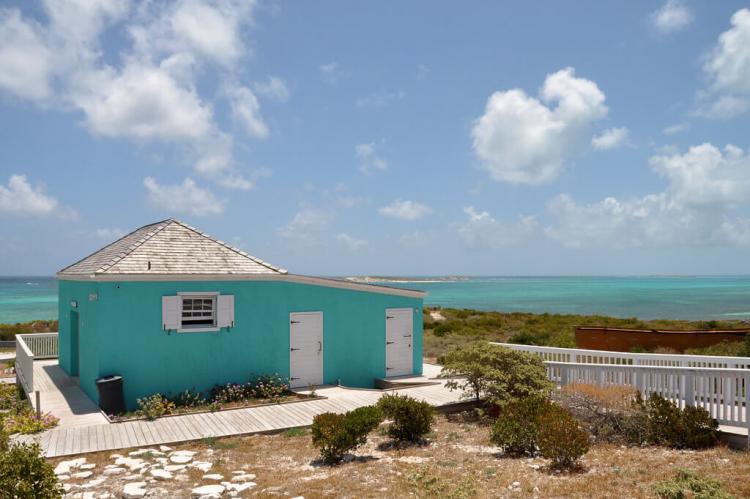 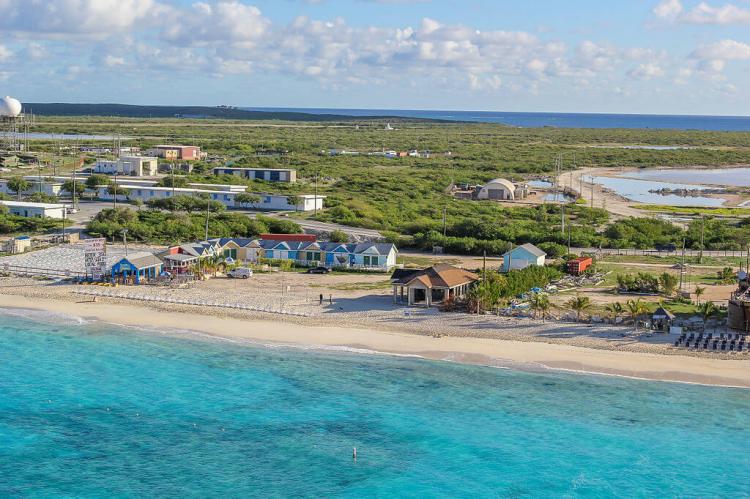 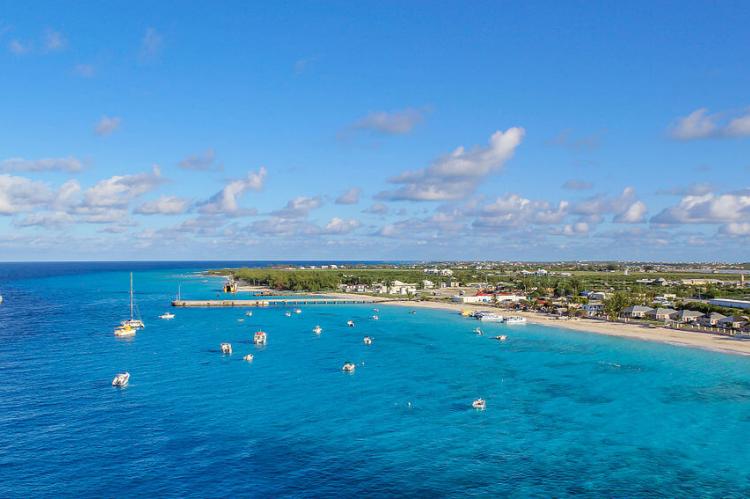 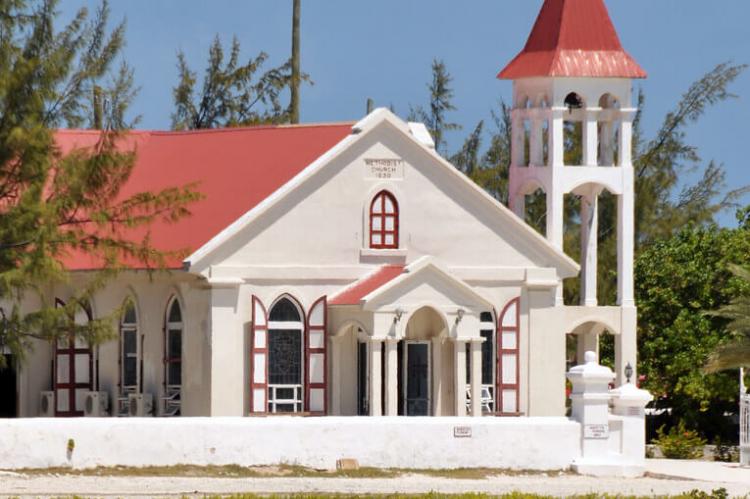 The Turks and Caicos Islands are two groups of tropical islands in the Lucayan Archipelago, to the south of the Bahamas island chain and northeast of Cuba, in the northern West Indies.

The island territory is heavily reliant on tourism and as an offshore financial center. Large foreign investment and commercial land development, much of which has taken place on Providenciales, has propelled its growth in the modern era.

It is the third largest of the British overseas territories by population: 31,618 (2012). More than 90% of the population is of African heritage. The majority of the population is Christian. Cockburn Town, the seat of government since 1766, is situated on Grand Turk Island and is the main commercial center.

The Turks and Caicos Islands were inhabited for centuries by native Amerindian peoples. The first recorded European sighting of the islands occurred in 1512. In the subsequent centuries, the islands were claimed by several European powers, with the British Empire eventually gaining control.

It is believed that many of the Turks and Caicos islands, along with the rest of the Bahamas chain, were inhabited by an indigenous people, the Arawakan-speaking Lucayan Taino.

Within a generation of European contact, the Lucayan Taino had died off from the ill effects of colonization, including introduced diseases, or taken as slaves by the Spaniards.

The extremely hot, dry conditions led to natural salt production in the interior wetlands of the islands, leading to one of the first and major international salt industries in the Americas.

From the mid 1600's, Bermudian salt collectors began seasonally visiting the islands, later settling more permanently with their African slaves. Labor for salt production was done by the slaves, forcibly imported from Africa or the other Caribbean islands. Eventually, they and their descendants came to outnumber the European settlers.

For several decades around the turn of the 18th century, the islands became popular pirate hideouts. After the American War of Independence (1775–1783), many Loyalists fled to British Caribbean colonies, also bringing with them African slaves. They developed cotton as an important cash crop but it was superseded by the development of the salt industry.

During the Anglo-French War (1778–1783) the French captured the archipelago in 1783, however it was later confirmed as a British colony with the Treaty of Paris (1783).

In 1799, both the Turks and the Caicos island groups were annexed by Britain as part of the Bahamas. For many years thereafter, the islands were governed indirectly through either Bermuda, the Bahamas or Jamaica.

When the Bahamas gained independence in 1973, the Turks and Caicos Islands received their own governor and have since remained a separate, autonomous British Overseas Territory.

The islands are formed by coral reefs and thus, are low-lying. The highest elevation is 50 m (163 ft) at Blue Hills, on Providenciales.

As the majority of the islands have a soft limestone foundation, they are characterized by numerous karst features, including banana holes (small sinkholes containing rich soil), caves, caverns and sea cliffs.

Recognized examples of features formed by the Karst Process include "The Hole" on Providenciales, "Cottage Pond" on North Caicos, "The Boiling Hole" on South Caicos as well as "Indian Cave" and "Conch Bar Caves" on Middle Caicos.

There is little arable land. Lack of arable land restricts agriculture on the islands, though corn (maize), beans, cassava, fruits and other subsistence crops are grown on the western Caicos Islands.

The Turks and Caicos Islands experiences very little rainfall and most of what does occur usually happens at two to three single times during the year, resulting in flooding. Consequently, much of the plant life is either drought resistant or is able to survive in very salty marine wetland environments.

The Turks and Caicos have a high number of endemic species and others of international importance, partially dependent on the conditions created by the oldest established salt-pan development in the Caribbean.

The smaller cays are important for breeding seabirds, and endemic reptiles, invertebrates and plants. The wetlands are globally important for shorebirds.

Bone remains from large tortoises, giant iguanas and possibly crocodiles were recovered during archaeological digs conducted at cave sites in the country. These land animals were probably hunted to extinction by the Taino aborigines.

The Turks Islands are separated from the Caicos Islands by Turks Island Passage, or "the Wall", which is more than 2,200 m (7,200 ft) deep. The islands form a chain that stretches from north to south.

Grand Turk Island is the largest and most developed of the Turks Islands (the smaller of the two archipelagos that make up the island state) with 18 sq km (6.9 sq mi). It is home to the Grand Turk Cruise Center which consists of a 900 m (3,000 ft) pier, welcome center and recreational area.

Grand Turk contains the territory's capital, Cockburn Town and the JAGS McCartney International Airport. The island is the administrative, historic, cultural and financial center of the territory and has the second largest population of the islands at approximately 3,700 people.

Grand Turk was first colonized in 1681 by Bermudians who set up the salt industry in the islands. In 1766 it became the capital of the country. Grand Turk Lighthouse was erected in 1852, near the northern end of the island.

Salt Cay is the second largest of the Turks Islands, with a population of less than 80 inhabitants who all live in Balfour Town on the west coast, which was established in 1673. The island is small, flat and triangular. It measures about 6.5 sq m (2.5 sq mi) and is mostly covered with salt pans.

The island was once home to several hundred people, all supported by the salt industry. Ruins from the salt operations remain on the island. Donkeys and cattle, descendants of those that worked during the salt days, roam freely.

Providenciales (known as "Provo" locally) is an island in the northwest Caicos Islands. It is the most developed of island in Turks and Caicos, the third largest in area and home to a large majority of the Turks and Caicos population. The island has an area of 98 sq km (38 sq mi) and a population of 23,769 (2012).

Provo is the most tourist-oriented and developed of the Turks and Caicos Islands, boasting many resort hotels and an 18-hole golf course. The island has recently become popular with retirees from around the world, kindling a boom of residential development. Grace Bay has seen many luxury condos built on its shores.

The western half of Providenciales is mostly barren wilderness, home to the island's best natural attraction, Chalk Sound National Park. The park is a 4.8 km (3 mi) long bay, southwest of Downtown. The color of the water is a uniform turquoise and studded with countless mushroom-like tiny islets. Also on the western part of the island is Northwest Point Marine National Park, which extends to nearby reefs and several saline lakes that attract breeding and migrant waterfowl.

North Caicos is the second largest island in the Turks and Caicos (after Middle Caicos). A 1.6 km (1 mi) causeway connects North Caicos to Middle Caicos. The population is approximately 1,400. Towns include Bottle Creek, Whitby, Kew and Sandy Point.

North Caicos is the lushest of the islands due to abundant rainfall and also hosts the largest flock of Pink Flamingos.

Middle Caicos is the largest island in Turks and Caicos. To the west, it is separated from North Caicos by Juniper Hole and to the east, from East Caicos by Lorimer Creek, both are narrow passages that can accommodate only small boats. The island is green and ideal for agriculture.

Middle Caicos is home to the largest cave network in the Bahamian Archipelago, situated at Conch Bar. The island is known for its significant Lucayan Indian archeological sites. There are also ruins of Loyalist plantations.

South Caicos is the seventh largest island in the Turks and Caicos archipelago, with a land area of 21 sq km (8.2 square miles). It is known for excellent fishing, both deep-sea and bone fishing, as well as scuba diving.

The sleepy little harbor town of Cockburn Harbor was once the most active commercial community in the Turks and Caicos islands.

South Caicos was formerly a salt exporter, the island still hosts a network of salt pans as a reminder of the industry. Today, the island's main income is derived from small-scale commercial fishing.