Species must either migrate, adapt or die in response to climate change. By monitoring the geographic edges of where a species lives – like the southernmost tree – scientists can get a handle on the migration ability of various species. 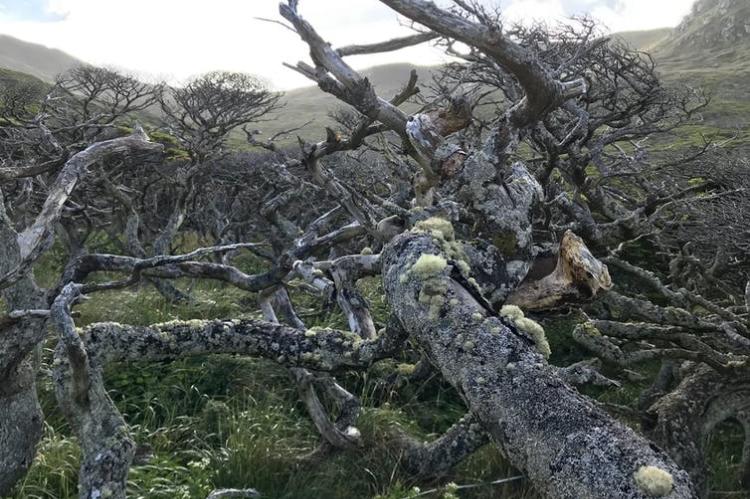 In 2019, my research team and I found the world’s southernmost tree on an island at the edge of South America. The diminutive tree is 42 years old, stretches several meters along the ground but is only half a meter, or about a foot and a half, tall. In some other place, this tree would grow tall and upright, but here, incredible winds warp and constrain the tree both in height and in where it grows. And due to climate change, those winds are changing.

Standing on the southern side of that wind-battered tree means all trees in the world are to your north, with nothing behind you but some grasses, ocean and Antarctica. Isla Hornos, also known as Cape Horn, supports a small population of Nothofagus betuloides – the Magellan’s beech or coigüe. Wind is omnipresent. Cape Horn is one of the windiest places on the planet, and during the expedition, our team faced hurricane-force winds of 75 mph for days at a time.

This wind appears to be the main constraint for arboreal life on the island – trees are found only in sheltered locations behind cliffs and hills. While the area hasn’t warmed dramatically, climate change is intensifying the westerly winds that rake the region. Evidence from the nearby Falkland Islands also indicates that the wind direction is shifting too. Because of this, forests on Cape Horn that were previously growing in sheltered areas are now exposed to wind. We found long stretches of dead trees along the edges of the small forests, suggesting that shifting winds caused by climate change may be killing off trees even as new sheltered areas emerge. 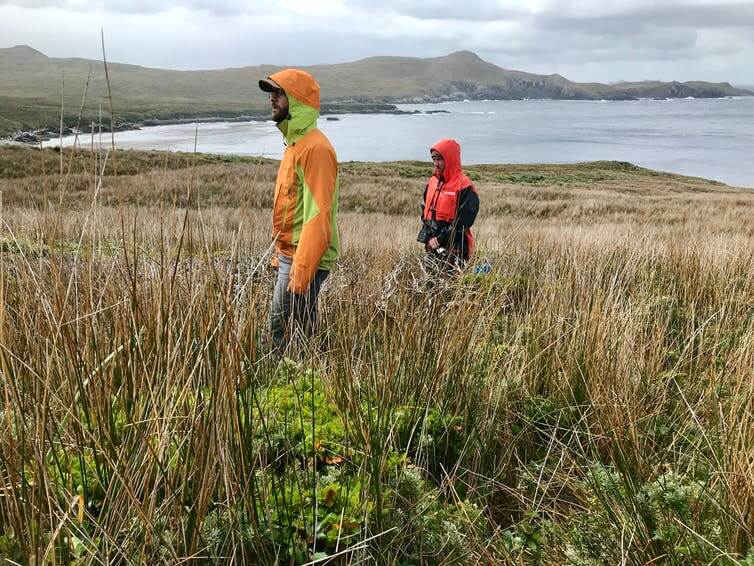 The researchers stand tall over the shrunken tree in the foreground during a rare break from the relentless, often hurricane-force winds. Andres Holz, CC BY-ND

Species must either migrate, adapt or die in response to climate change. By monitoring the geographic edges of where a species lives – like the southernmost tree our team found – scientists can get a handle on the migration ability of various species. This is important for prioritizing conservation plans or when considering more extreme measures, like assisted migration, to help species keep pace with climate change.

Wind has received relatively little attention in regards to setting the limits of species, but it is quite important on mountains, oceanic islands and, as we now know, the overall global extent of trees. Changes in temperature and precipitation are often discussed as worries on a changing planet, but in places like Isla Hornos, climate change’s effect on wind matters just as much.

Additionally, this area is relatively pristine – we didn’t find a single invasive species, and there has been little human presence in the island, ever. As the climate changes, documenting this location so that scientists can know what is there and how it is changing is critical for future conservation.

Researchers still know relatively little about the southernmost forests of the world. While there is evidence that the winds have changed, the specific cause of death for forests can be determined only with long-term research.

Further, there are only short climatic records from the island. Even basic information – like the length of the growing season – is still unknown. Repeat studies will need to be done if scientists really want to learn how life is changing in this remote but globally significant locale. 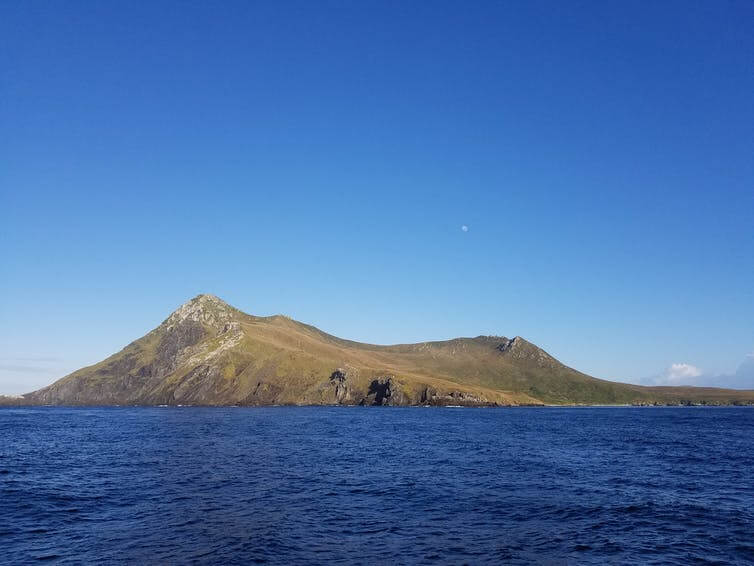 Revisiting this landscape to set up long-term research is important given the unique nature of this global signpost – the world’s southernmost tree. More than that, however, I hope this expedition can rally people to study range edges around their own homes.

Together with National Geographic, ESRI and iNaturalist, on Sept. 26, I launched an interactive exploration challenge called The Edges of (All) Life exploration project. Anybody can look up the edges of species ranges in their own neighborhood and go searching for an individual that will push those boundaries out farther. I may have found the world’s southernmost tree, but you could find the northernmost dogwood, the northernmost Douglas fir or the southernmost maidenhair fern. No matter where you live, there is likely a unique edge nearby, and finding these ranges is critically important for the conservation of that particular species.

Deforestation is on the Rise in Megadiverse Colombia
Oct 8, 2020 - 11:34
END_OF_DOCUMENT_TOKEN_TO_BE_REPLACED