The Peruvian government has moved to establish a new Indigenous reserve for "uncontacted peoples" deep in the Amazon Rainforest. Yavarí Tapiche Indigenous Reserve is home to Matsés, Remo, and Marubo peoples, as well as other groups that have yet to be identified. 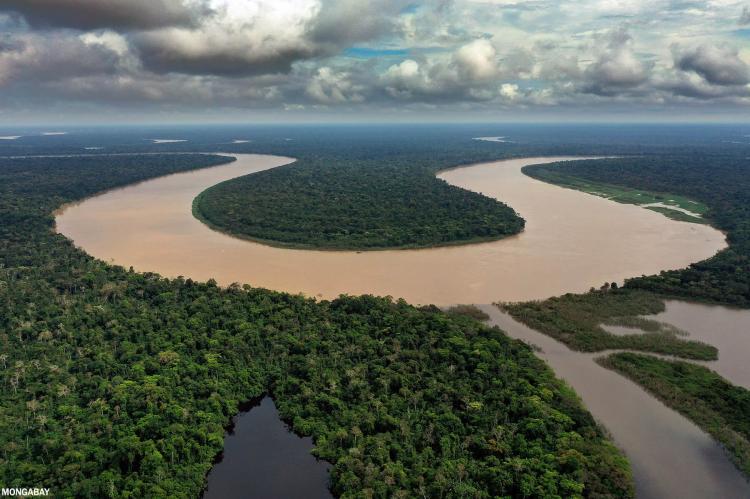 After nearly twenty years of discussion, the Peruvian government has moved to establish a new Indigenous reserve for “uncontacted peoples” deep in the Amazon Rainforest. Yavarí Tapiche Indigenous Reserve, which covers 1.1 million hectares (2.7 million acres) in the department of Loreto on the Peru-Brazil border, is home to Matsés, Remo, and Marubo peoples, as well as other groups that have yet to be identified.

Yavarí Tapiche will be established under Peru’s law governing territories for peoples in isolation and initial contact (PIACI). These peoples, sometimes popularly known as “uncontacted tribes”, have little or no contact with the outside world and live in some of the world’s most biologically diverse landscapes, including remote parts of the Amazon Basin.

Under its PIACI law, Peru has defined ten territories for isolated peoples, of which four — including Yavarí Tapiche — have been categorized as an Indigenous reserve by the state. Two others were categorized as territorial reserves before the Piaci Law was approved and must be adapted, while four others are still waiting for the formal creation process to advance.

Yavarí Tapiche has been officially categorized as the first PIACI reserve in Loreto, but its protection plan still must be approved by the Ministry of Culture within 60 days. This process involves resolving overlapping extractive concessions within the reserve, which means deadlines could slip according to Angela Arriola, a specialist in policies for Indigenous peoples and Piaci and external advisor to the Inter-ethnic Association for the Development of the Peruvian Jungle (Aidesep)

One challenge is protecting Indigenous peoples in Yavarí Tapiche from an array of threats, including drug traffickers, and illegal loggers who operate in the area. For that reason, the Ministry of Culture says it will implement early warning mechanisms and checkpoints.

Additional complication is the reserve overlaps with Sierra del Divisor National Park and the Matsés National Reserve, but Arriola says that shouldn’t be a significant obstacle since the proposed protection strategy for Yavarí Tapiche is consistent.

The history of the Indigenous reserves

The history of the creation of Yavarí Tapiche sheds light on the drawn-out nature of establishing Indigenous reserves in Peru.

Since the application for Yavarí Tapiche was submitted in 2004, there have been many delays and postponements, said Beatriz Huertas, an anthropologist at Aidesep. The first was the enactment of the PIACI law in 2006, which established new processes and conditions to set up reserves for isolated peoples. That law however wasn’t enacted until 2011 and the commission established to evaluate the applications didn’t start until a year later. Then there were objections from companies operating in the area.

“In 2013, Yavarí Tapiche obtained a favorable rating from the state, but received opposition from oil companies operating in that territory and there was a setback. They had to press hard for the Ministry of Culture to move forward,” said Huertas, adding that it was only in 2015 that the necessary studies were carried out to establish the reserve. “Orpio [Regional Organization of Indigenous Peoples of the East] presented solid evidence of the presence of Indigenous peoples in isolation.”

In March 2018, the supreme decree that recognized PIACI’s presence in this territory was issued. And three years later the categorization process was finished. The process took 17 years.

The Ministry of Culture says Yavarí Tapiche is the first to be established after the approval of the PIACI Law.

“It constitutes a historic milestone in the protection of the rights of Indigenous peoples in a situation of isolation and initial contact,” the ministry said in a statement sent to Mongabay Latam.

The ministry said the establishment process is continuing for other proposed and pending reserves for isolated peoples. But for efforts to secure the territory of Indigenous peoples in isolation in Yavarí Tapiche, the two decade wait is almost over.