Tierra del Fuego National Park is located on the western half of Isla Grande de Tierra del Fuego in an area known for its biological richness. It stretches from the Beagle Channel to the shores of Lago Kami at the southernmost point of Argentine Patagonia. 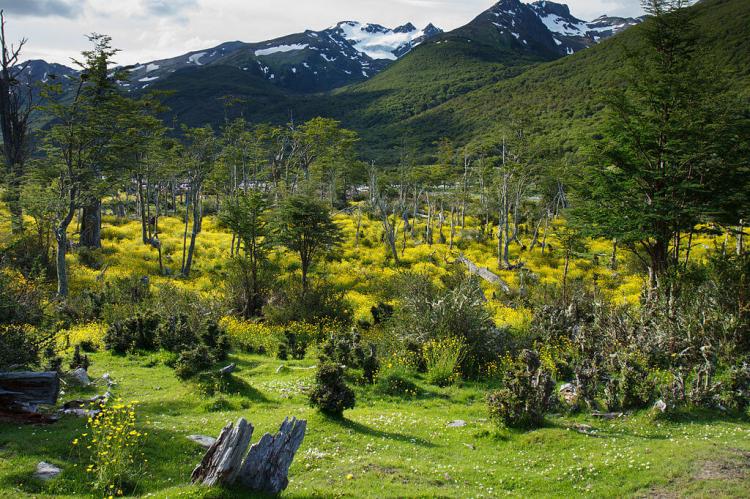 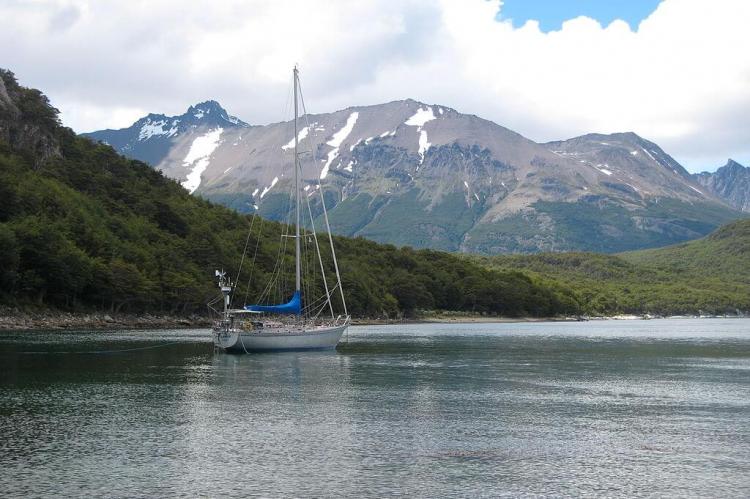 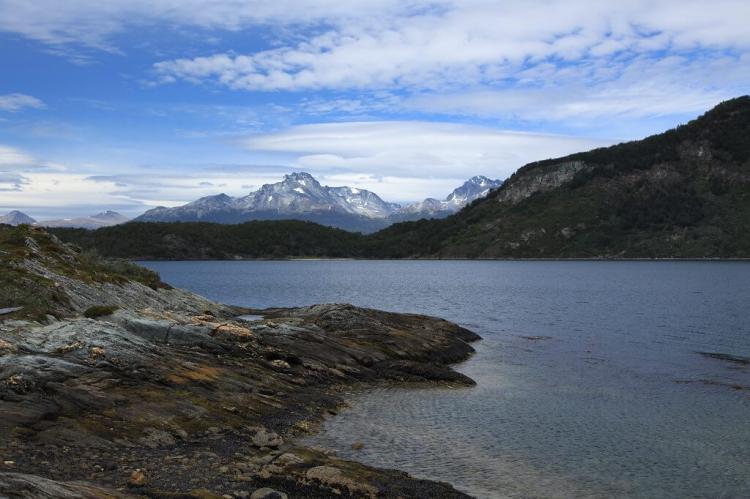 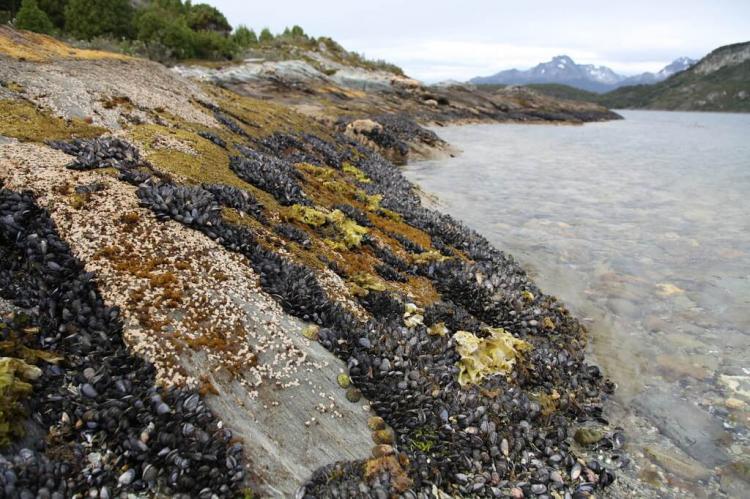 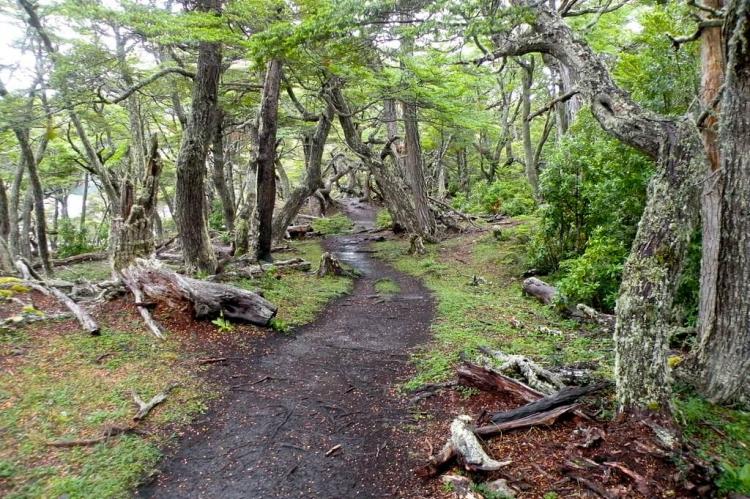 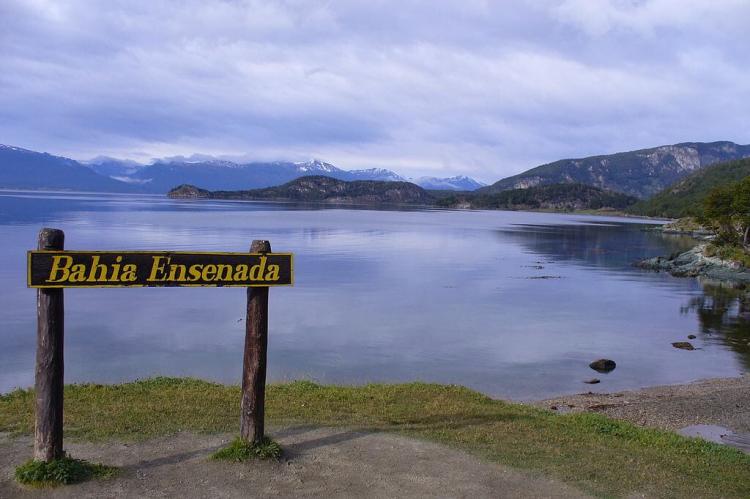 The national park, created in 1960 and enlarged in 1966, is the first shoreline national park to be established in Argentina. The park stretches from the Beagle Channel to the shores of Lago Kami at the southernmost point of Argentine Patagonia.

Ushuaia, the capital of Tierra del Fuego Province, is the nearest town at approximately 11 km (7 mi) from the park. The southern terminus of the Pan-American Highway is located within the park as is the El Parque station of the Southern Fuegian Railway or "Train to the End of the World," the southernmost functioning railway in the world.

The dramatic scenery of Tierra del Fuego National Park includes waterfalls, forests, mountains, lakes and glaciers. Forests of Antarctic beech, lenga beech and coihue in the lower elevations of the park are home to many animal species.

Hiking trails and walking paths within the park include:

The park experiences a temperate climate with frequent rain, fog and strong winds. Westerly winds over the sea maintain a uniform climate in the park. The average annual rainfall is 700 mm (28 in).

Peak rainfall (snowfall at higher elevations) occurs from March through May; there is no dry season. Average temperatures are about 0 °C (32 °F) in winter and 10 °C (50 °F) in the summer.

The subantarctic forest vegetation is dominated by tree species of coihue, nires and lenga (a tree or shrub native to the Andes and also known as lenga beech). Above 600 m (2,000 ft) elevation, the flora consists of altoandina with small bushes, plants en cojin and grasses.

Magellan coihue (coihue de Magallanes) is found in the wettest parts of the Beagle channel coast of the park. Lenga is found in the Pipo River Valley and some parts of southern mountain slopes and may be thickly set and reach great heights.

Chinese lantern, hemiparasite and Pande Indian or Llao Llao, which are fungus parasites, are found over the branches of the trees. Cinnamon is also reported in many small forest areas of the park.

Peat bogs are found extensively found within the park. These are made up of sphagnum moss and aquatic grasses and occur in damp valleys where low temperatures and slow moving acidic waters prevent decomposition.

The flower varieties found include calafate, chaura and michay, which are orange colored. Flag tree, strawberry devil and small ferns, yellow orchids and luzuriagas are seen in the understory of forest cover.

Black bush, caulking, grill and Embothrium cocci with red tubular flowers are typically seen in the Beagle Channel coast and the western part of Lapataia Bay. Also found is the chocolate scented Nassauvia.

Settlers from Europe and North America introduced many species of animals into the area, such as the European rabbit, North American beaver, muskrat and gray fox, which rapidly proliferated and caused significant damage to the environment.

Guanaco Lama guanicoe and South American sea lions can be found in the park. Other notable fauna include several species of penguins, the South Andean deer or Huemul Hippocamelus bisulcus and the southern river otter Lutra provocax.

Condors can be seen flying through the peaks and valleys of Tierra del Fuego National Park. It is also home the austral parakeet, Enicognathus ferrugineus, a species of parrot.