Alberto de Agostini National Park is a protected area in southern Chile that includes the Cordillera Darwin mountain range, the final land-based stretch of the Andes before it becomes a chain of mountains appearing as small islands that sink into the Pacific Ocean. 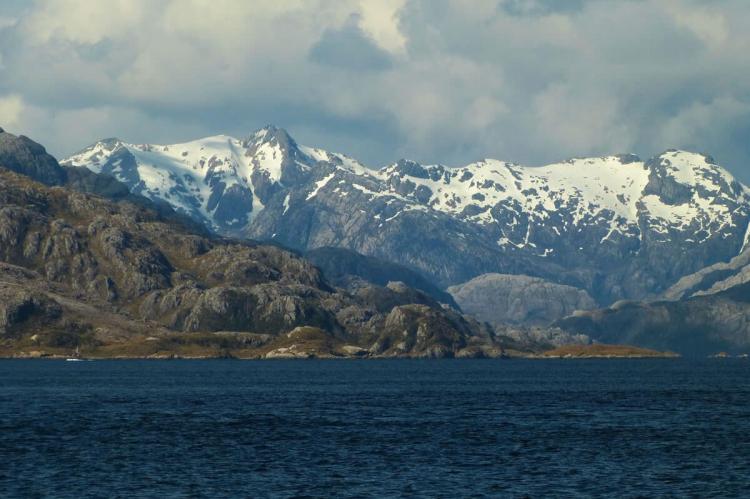 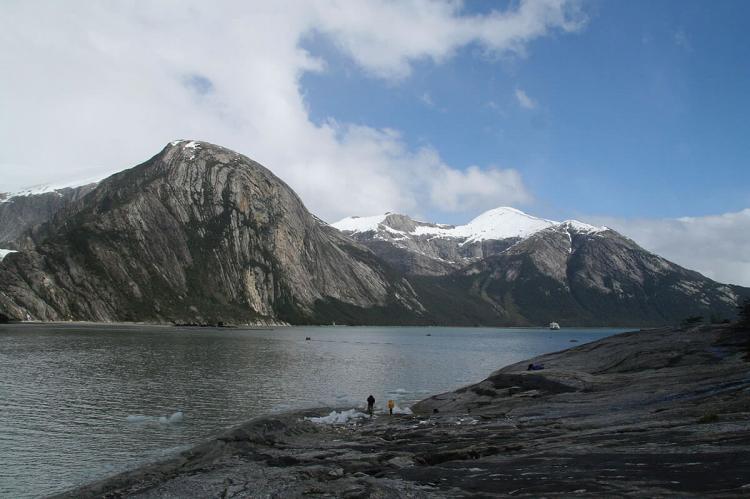 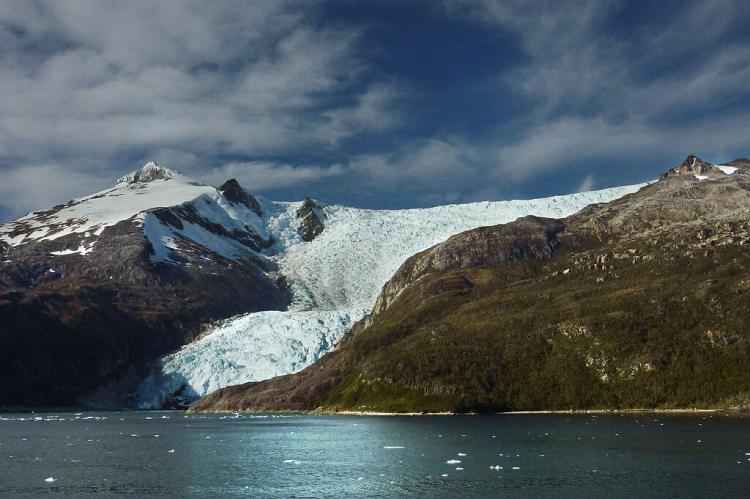 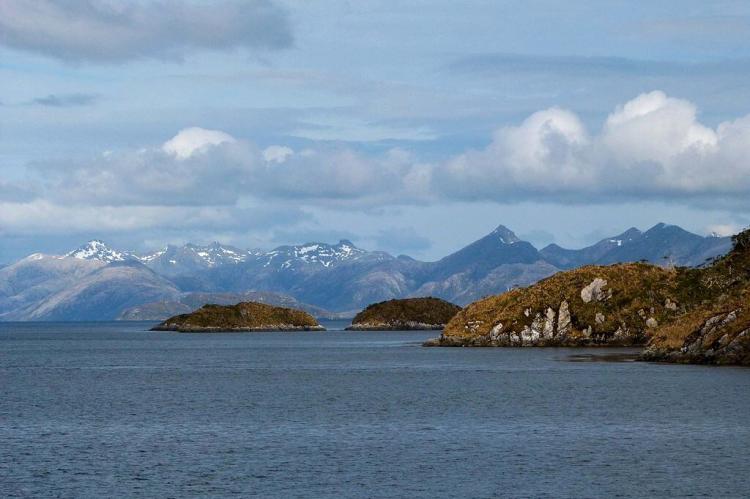 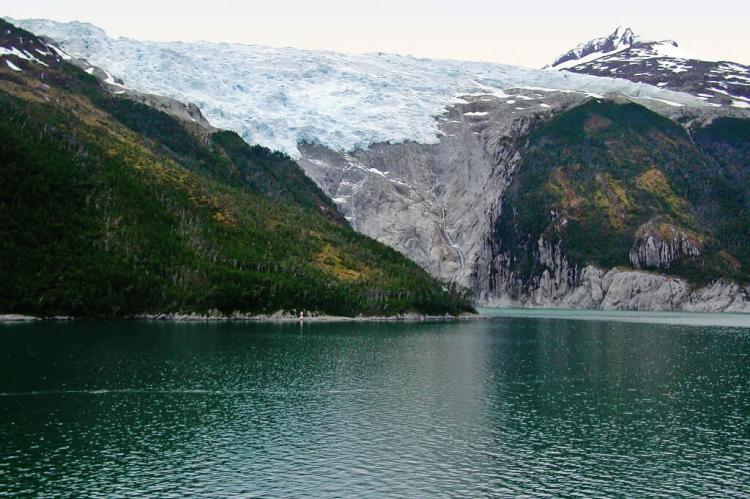 Alberto de Agostini National Park is a protected area in southern Chile that covers 1,460,000 ha (3,608,000 acres) and includes the Cordillera Darwin mountain range. The park is part of the core area of the Cabo de Hornos Biosphere Reserve.

The Cordillera Darwin is the final land-based stretch of the Andes before it becomes a chain of mountains appearing as small islands that sink into the Pacific Ocean and the Beagle Channel.

Alberto de Agostini National Park marks the final point of the Andes Mountains: the longest continental mountain chain in the world. Spanning the entire length of South America, they start in Venezuela in the north and cover 4,300 mi (7,000 km) before they finally plunge into the ocean within the park.

The park is named after one of the most important Salesian priests in Chilean history, Father Alberto Maria De Agostini. The Italian missionary, explorer, photographer and writer is known for his discoveries, photographs and maps of the region.

Tierra del Fuego experiences extreme weather. The climate of the park is classified as subpolar oceanic climate and is wet, cold and windy.

Several tidewater glaciers and steep fjords can be found in the park. It also comprises the Gordon, Cook and Londonderry islands, as well as part of Hoste Island.

Alberto de Agostini National Park features a highly irregular coastline, which is deeply indented by fjords. The centerpiece of the park is the Cordillera Darwin, whose slopes drop precipitously to the sea. The Darwin range is dominated by Monte Darwin and Monte Sarmiento. The valleys not filled by the sea are covered by glaciers, which also occupy small high plateaus.

Much of the landscape of the park has been sculpted by glaciers. The largest glacier is the Marinelli, which is in a state of retreat as of 2008. One of the most stunning portions of the park is the Seno Pía, an embayment of the Beagle Channel.

The glaciers and mountains in this area form an amazing scenery, which also comprises the majestic Mount Darwin. The most famous of the Alberto de Agostini National Park's glaciers is the tidewater Marinelli Glacier, which spills from the Darwin Mountains and the Darwin Ice Sheet into Ainsworth Bay.

Another glacier-related highlight of the park is the "Avenue of the Glaciers" or "Glacier Alley," where the word "avenue" or "alley" is used in a figurative sense - describing part of the north-west arm of the Beagle Channel where it is possible to view several glaciers along the north shore.

Named after European countries (including Spain, France, Holland, Germany and Italy), these glaciers flow from the Darwin Mountains into the ocean. These glaciers are: España, Romanche, Alemania (also known as Roncagli), Italia, Francia and Holanda.

Alberto de Agostini National Park is part of the Magellanic subpolar forests ecoregion which began to grow around 10,000 years ago when the glaciers formerly covering the area began their retreat. This pristine coastal ecosystem is home to various species of trees such as the coihue (nothofagus betuloides) and canelo (drimys winteri).

Seabirds include the southern royal albatross (diomedea epomophora), the Magellanic woodpecker (campephilus magellanicus), the white-crested elaenia (elaenia albiceps), the cormorant, the austral thrush (turdus falcklandii) or Magellan thrush, among many others.

This ecoregion corresponds to one of the unique areas where non-fragmented or altered temperate forests are conserved. The Archipelago of Cabo de Hornos is one of the few insular groups that remain free of human impact.

The mosaic of terrestrial ecosystems includes evergreen broadleaf forests, deciduous forests, alpine habitats with formations of cushion plants and lichens, a complex of tundra formations ranging from Juncaceae wetlands to Sphagnum peat bogs, glaciers and snowdrifts, and a series of freshwater ecosystems.

These ecosystems are located in an insular system, in the middle of an intricate system of fjords, channels, estuaries and bays. In this regional heterogeneity several types of intertidal systems are distinguished with extensive meadows and belts of brown seaweed (Macrocystis pyrifera).

Recent analysis has shown that the sub-antarctic ecoregion of Magellanic Chile includes the greatest diversity of non-vascular floral species in Chile, and constitutes a hotspot of bryophyte diversity.

The region to the south of 50°S also represents a hotspot of invertebrate and marine mammal diversity, with cetaceans such as the Peale's dolphin (Lagenorhynchus australis) and black dolphin (Cephalorhynchus eutropia), and occasional visits by killer whales (Orcinus orca) and antarctic minke whales (Balaenoptera bonaerensis). The presence of penguins are remarkable, principally the Magellanic penguin (Spheniscus magellanicus) and the rockhopper penguin (Eudyptes crestatus).