The Strait of Magellan is a sea route in southern Chile separating mainland South America and Tierra del Fuego archipelago to the south. Tierra del Fuego, shared by Chile and Argentina, is further separated in the south by the east-west Beagle Channel. 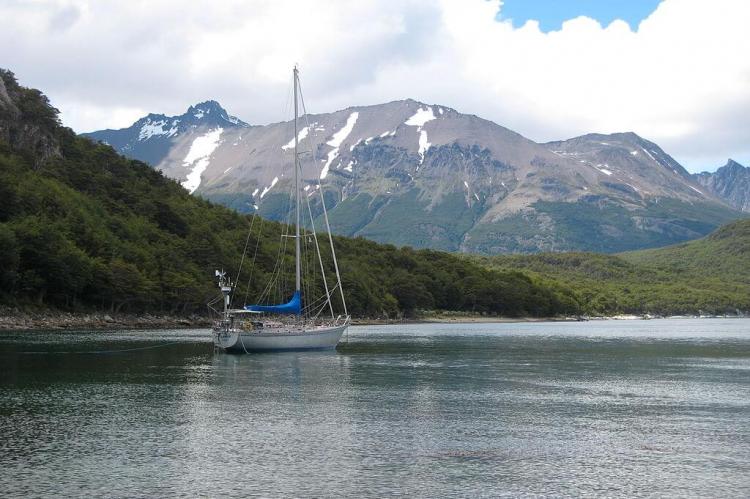 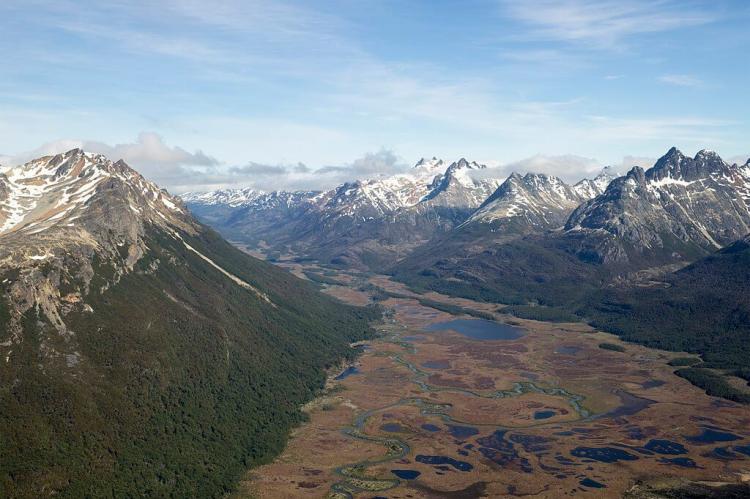 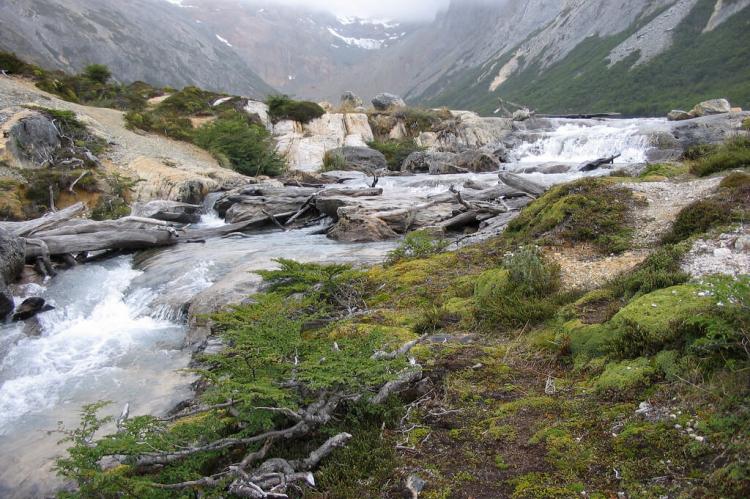 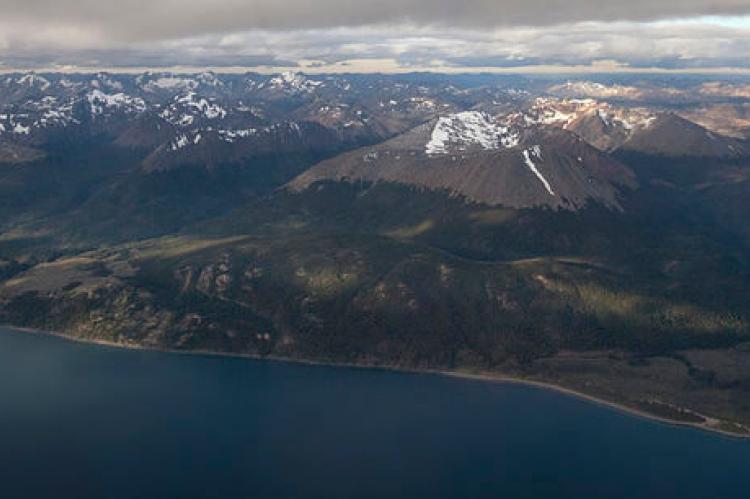 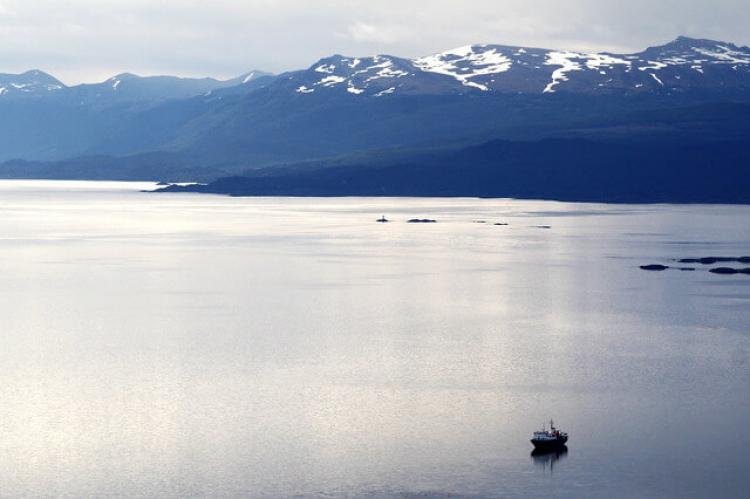 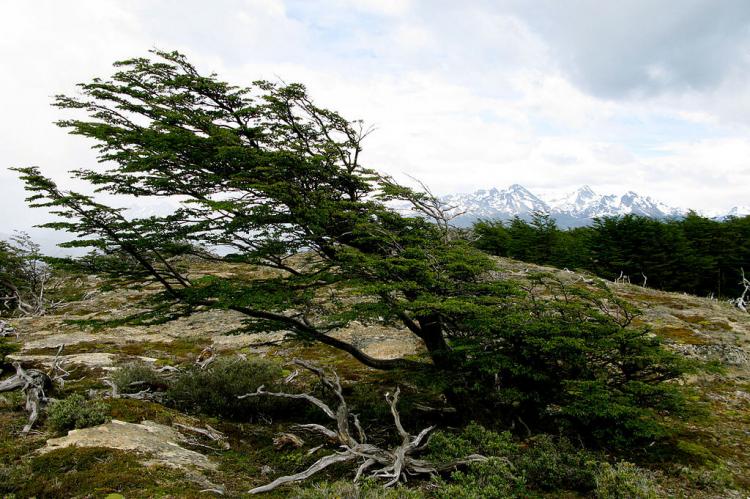 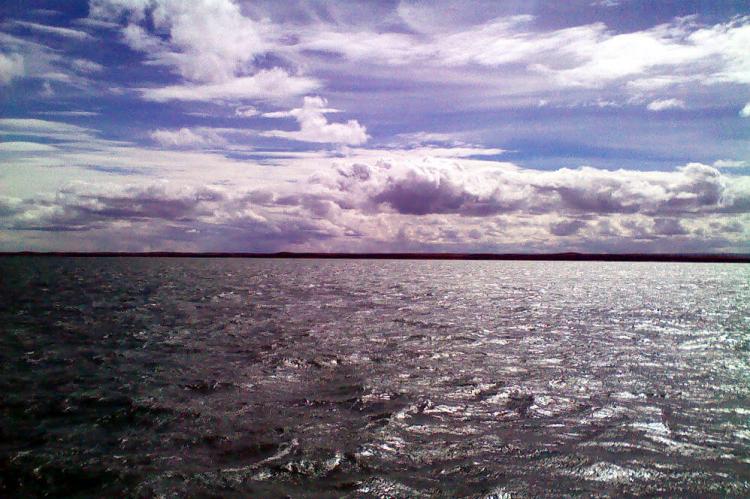 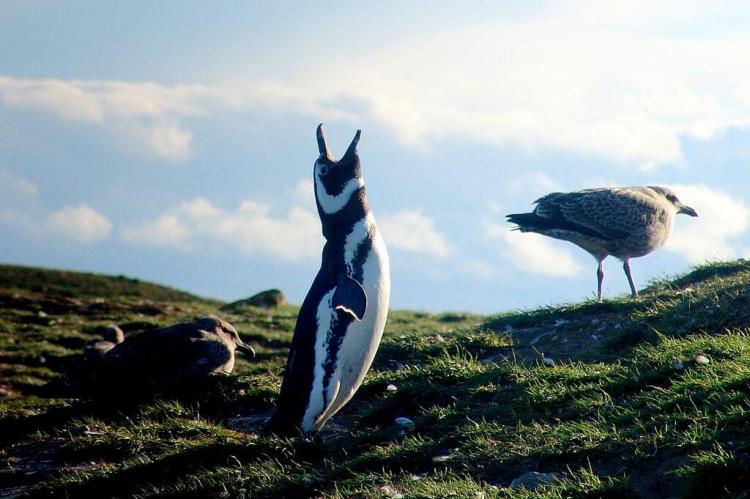 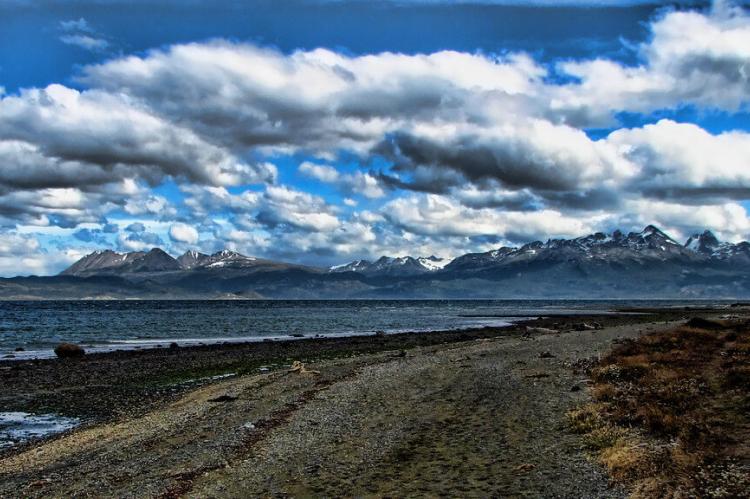 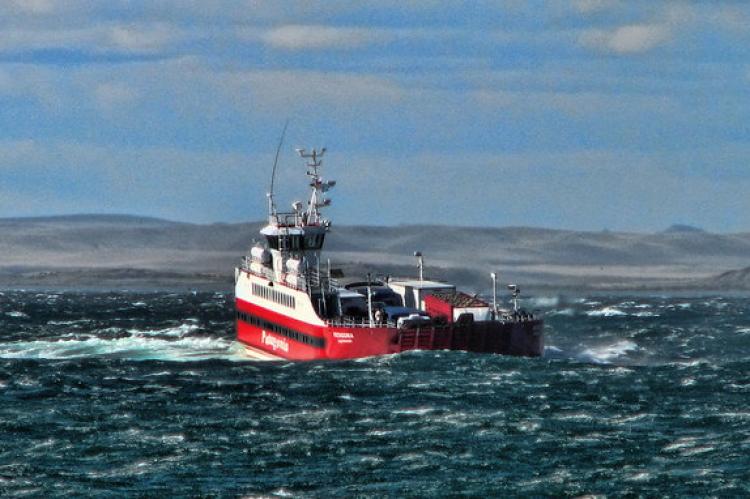 Tierra del Fuego is an archipelago at the southernmost tip of the South American mainland, across the Strait of Magellan. The archipelago consists of the main island, Isla Grande de Tierra del Fuego and a group of many smaller islands, including the Cape Horn and Diego Ramírez Islands.

The archipelago was discovered by the navigator Ferdinand Magellan, in 1520, when he sailed through the strait named after him and called the region Tierra del Fuego (Land of Fire).

For 350 years after Magellan’s voyage, the region was left in the undisputed occupation of its indigenous peoples: the Ona, Yahgan and Alacaluf Indians.

The 1880 colonization by Chilean and Argentine nationals was sparked by the introduction of sheep farming and the discovery of gold. The discovery of petroleum at Manantiales in 1945, converted the northern part of Tierra del Fuego into Chile’s only oil field.

The archipelago consists of a main island, Isla Grande de Tierra del Fuego, often called simply Tierra del Fuego or Isla Grande, with an area of 48,100 sq km (18,572 sq mi), and a group of smaller islands. The main island is split between two countries: 61.43% of the total area, belongs to Chile while 38.57% of the total area belongs to Argentina.

The western part of the main island, and almost all the other islands, belong to Chile. They are part of the Magallanes y Antártica Chilena Region, the capital and chief town of which is Punta Arenas, situated on the mainland across the strait.

The biggest Chilean towns are Porvenir, capital of the Chilean Province of Tierra del Fuego, located on the main island; and, on Navarino Island, Puerto Williams, which is the capital of the Antártica Chilena Province.

Puerto Toro lies a few kilometers south of Puerto Williams and is arguably the southernmost village in the world. The mostly uninhabited islands north and west of the main island are part of Magallanes Province.

The eastern part of the main island, and a few small islands in the Beagle Channel, belong to Argentina. They are part of the Tierra del Fuego, Antarctic Territory and South Atlantic Islands Province, whose capital is Ushuaia, the biggest city of the archipelago. The other important city in the region is Río Grande on the Atlantic coast.

The Cordillera Darwin in the southwestern part of the main island contains many glaciers that reach the ocean. Mount Darwin is the highest peak at 2,488 m (8,163 ft).

The topography can be divided into four regions: an outer archipelago region "Región Archipielágica" to the south and west, a mountain region in the south "Región Cordillerana," a plains region "Región de las Planicies Orientales" plus a sub-Andean zone in-between the last two zones "Región Sub-Andina Oriental."

This region has a subpolar oceanic climate with short, cool summers and long, wet, moderately mild winters: the precipitation averages 3,000 mm (118 in) a year in the far west but precipitation decreases rapidly to the eastern side.

Temperatures are steady throughout the year: in Ushuaia they hardly surpass 9 °C (48 °F) in summers and average 0 °C (32 °F) in winters. Snowfall can occur in summer.

The cold and wet summers help preserve the ancient glaciers. The southernmost islands possess a sub-antarctic climate typical of tundra that makes the growth of trees impossible. Some areas in the interior have a polar climate.

Only 30% of the islands have forests, which are classified as Magellanic subpolar. The northeast is made up of steppe and cool semi-desert.

Six species of tree are found in Tierra del Fuego:

Several kinds of fruit grow in open spaces in these forests, such as beach strawberry (Fragaria chiloensis var. chiloensis forma chiloensis) and calafate (Berberis buxifolia), which have long been gathered by both Native Americans and residents of European descent. They are the only forests in the world to have developed in a climate with such cold summers.

Tree cover extends very close to the southernmost tip of South America. Winds are so strong that trees in wind-exposed areas grow into twisted shapes, inspiring people to call them "flag-trees".

Among the most notable animals in the archipelago are austral parakeets, sea gulls, guanacos, foxes, kingfishers, condors, king penguins, owls, and firecrown hummingbirds.

North American beavers, introduced during the 1940's, have proliferated and caused considerable damage to the island's forests. The governments have established a wide-reaching program to trap and kill beavers in Tierra del Fuego.

Like the mainland of Chile and Argentina to the north, this archipelago boasts some of the finest trout fishing in the world. Sea-run brown trout often exceed 9 kg (20 lb), particularly in rivers such as the Rio Grande and the San Pablo and in the Lago Fagnano. Much of this water is privately owned, with catch and release and fly fishing only.

Waters adjacent to Tierra del Fuego are very rich in cetacean diversity. Sightings of southern right whales in Tierra del Fuego have increased in recent years, as well as humpbacks and some others such as blue whales, southern fins, southern seals and southern minke whales.

Today, the main economic activities of the archipelago are fishing, natural gas and oil extraction, sheep farming, and ecotourism. Tourism is gaining in importance and becoming increasingly important. Energy production is a crucial economic activity.

On the Argentine side of Tierra del Fuego, during the 2005 to 2010 period, petroleum and natural gas extraction contributed to 20% of the region’s economic output.

The Strait of Magellan, also called the Straits of Magellan, is a navigable sea route in southern Chile separating mainland South America to the north and Tierra del Fuego to the south. The strait is the most important natural passage between the Atlantic and Pacific oceans.

The route is considered difficult to navigate due to frequent narrows and unpredictable winds and currents. Maritime piloting is now compulsory.

The strait is shorter and more sheltered than the Drake Passage, the often stormy open sea route around Cape Horn.

Along with the narrow and sometimes treacherous Beagle Channel and the seasonal and historically treacherous North West Passage, these were the only sea routes between the Atlantic and Pacific until the construction of the Panama Canal.

Beagle Channel is a strait in Tierra del Fuego archipelago on the extreme southern tip of South America between Chile and Argentina. It was named after the ship HMS Beagle during its first hydrographic survey of the coasts of the southern part of South America which lasted from 1826 to 1830.

The channel's eastern area forms part of the border between Chile and Argentina and the western area is entirely within Chile. It is a prominent area to watch rare endemic dolphins and the less-studied pygmy right whales.