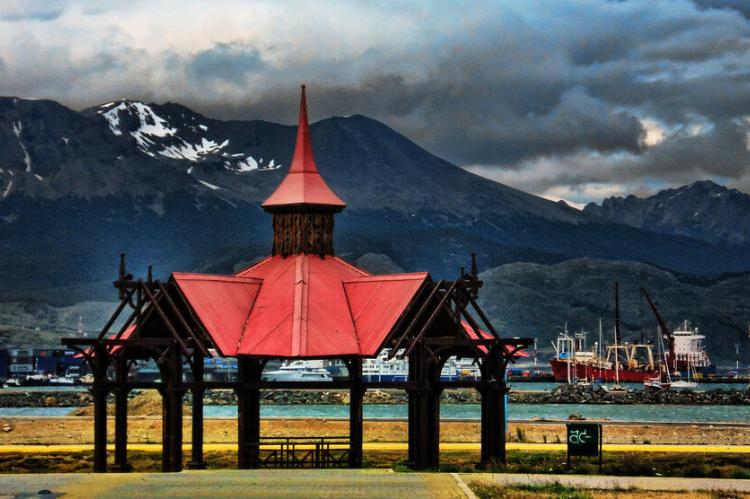 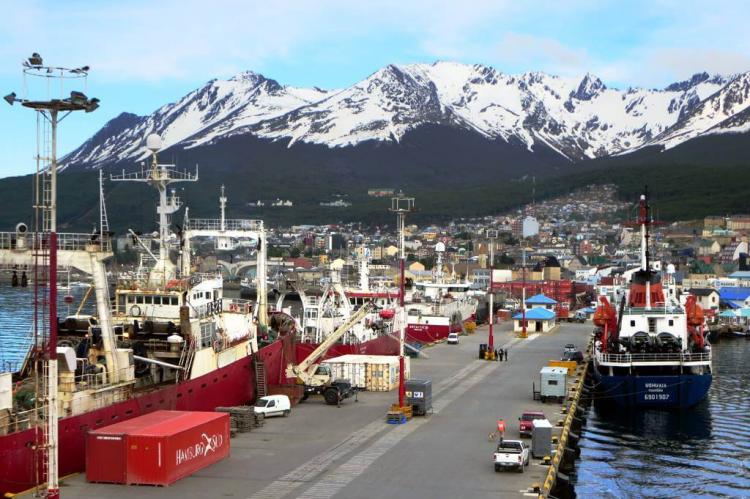 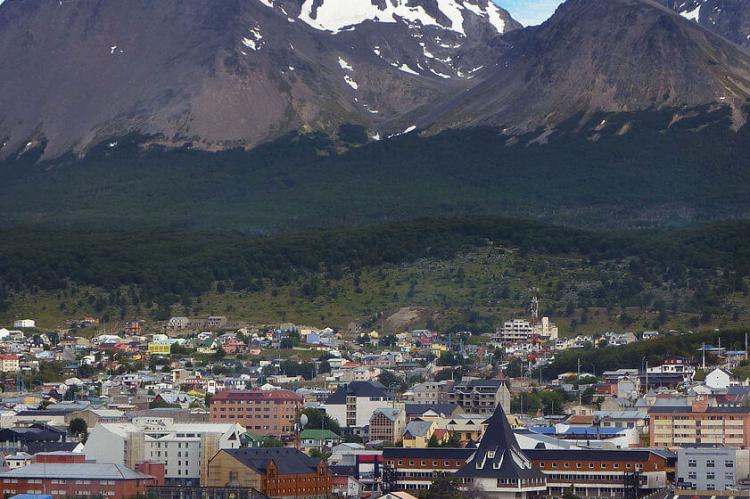 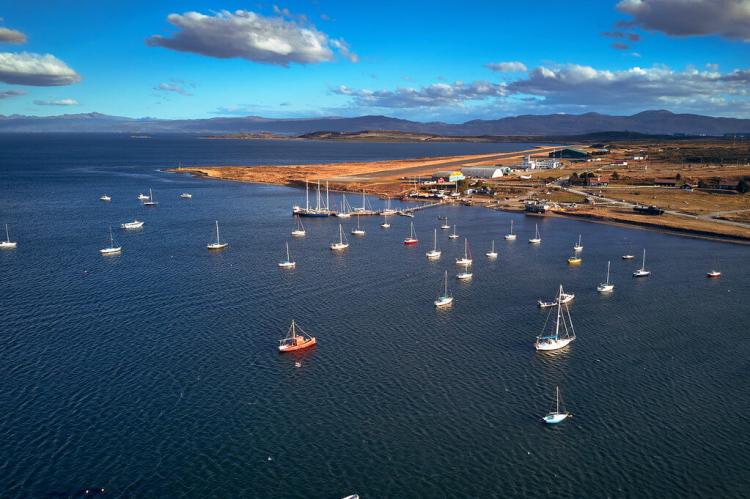 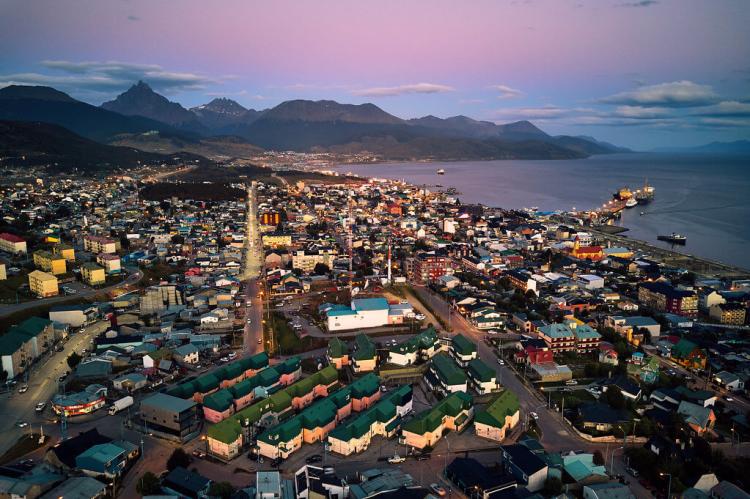 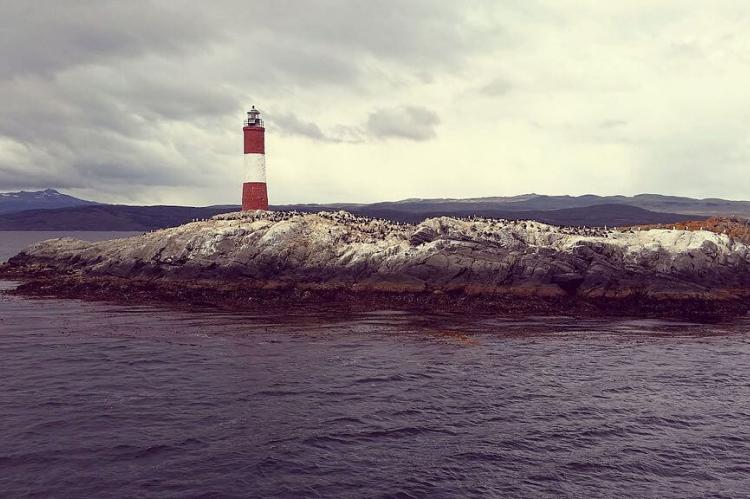 The city of Ushuaia is a light industrial port as well as a tourist hub. Situated on the shores of the Bay of Ushuaia, on the southern coast of Isla Grande de Tierra del Fuego, the city lies at the southern tip of South America. Ushuaia claims the title of the southernmost city of both Argentina and the world.

Ushuaia is the capital of Tierra del Fuego, Antártida e Islas del Atlántico Sur Province, Argentina. It is the only municipality in the Department of Ushuaia, which has an area of 9,390 sq km (3,625 sq mi).

Founded in 1884 by Augusto Lasserre, the city is bounded by the Martial Mountains, part of the Fuegian Andes (the southern continuation of the Andes mountain range) in the north and the Beagle Channel in the south. It is located roughly 1,100 km (680 mi) from the coast of Antarctica and 245 km (152 mi) from the Chilean city of Punta Arenas.

Ushuaia is the main Argentine port and logistics center for access to Antarctica and its industrial sector, led by the Grundig Renacer electronics factory, is among the largest in Patagonia. Other economic activities include fishing, sheep farming and ecotourism.

Tourist attractions include the Tierra del Fuego National Park and Lapataia Bay. Several ski areas are located near Ushuaia including Glacier El Martial (on the Martial Mountains) and Cerro Castor.

The city has a museum of Yámana, English and Argentine settlement, including its years as a prison colony. Wildlife attractions include local birds, penguins, seals and orcas, with many of these species colonizing islands in the Beagle Channel. There are daily bus and boat tours to Harberton and the Les Eclaireurs Lighthouse.

The Selk’nam Indians, also called the Ona, first arrived in Tierra del Fuego about 10,000 years ago. The southern group of people indigenous to the area, the Yaghan (also known as Yámana), occupied what is now Ushuaia and lived in continual conflict with the northern inhabitants of the island.

The British ship HMS Beagle, under the command of Captain Robert FitzRoy, first reached the channel on January 29, 1833, during its maiden voyage surveying Tierra del Fuego.

Ushuaia was founded informally by British missionaries, following previous British surveys, long before Argentine nationals or government representatives arrived there on a permanent basis. The name Ushuaia first appears in letters and reports of the South American Mission Society in England.

During the 1880's, many gold prospectors came to Ushuaia following rumors of large gold fields, which proved to be false. In 1884, as part of the South Atlantic Expedition, Commodore Augusto Lasserre established the subdivision of Ushuaia.

During the first half of the 20th century, the city centered around a prison built by the Argentine government to increase the Argentine population and to ensure Argentine sovereignty over Tierra del Fuego. The prison was intended for repeat offenders and serious criminals, following the example of the British in Tasmania and the French in Devil's Island.

The prison operated until 1947, when President Juan Perón closed it by executive order in response to the many reports of abuse and unsafe practices. The prison became a part of the Base Naval Ushuaia, functioning as a storage and office facility until the early 1990's. It was eventually converted into the current Museo Maritimo de Ushuaia.

Ushuaia features a significantly ocean-moderated mild tundra climate with both extremely mild winters and summers (average temperature remains above 0 °C (32 °F) and below 10 °C (50 °F) year round). Vegetation around the city thus does not resemble typical tundra but is instead heavily forested.

Due to its high southern latitude, the city's climate is influenced by Antarctica and the duration of daylight varies significantly, from more than 17 hours in summer to just over 7 hours in winter.

The province consists of the eastern half of the triangular island of Tierra del Fuego – the other half is part of Chile – lying between the Strait of Magellan (to the north) and Beagle Channel (to the south) at the southern extremity of South America.

The province can be geographically divided into 3 distinct areas: the Tierra del Fuego islands, Argentine Antarctica, and the South Atlantic Islands.

Argentina lays claim to the Falkland Islands, as well as South Georgia and the South Sandwich Islands, regarding them as part of Tierra del Fuego Province. These islands however, are governed as British Overseas Territories.

The province had been inhabited by indigenous people for more than 12,000 years, since they migrated south of the mainland. It was first encountered by a European in 1520 when spotted by Ferdinand Magellan.

Even after Argentina achieved independence, this territory remained under indigenous control until the nation's campaign known as the Conquest of the Desert in the 1870's. After slaughtering most of the native population in the desert part of Patagonia, Argentina organized this section in 1885 as a territory.

European immigration followed due to a gold rush and rapid expansion of sheep farming on large ranches in the area. Tierra del Fuego is the most recent Argentine territory to gain provincial status, which occurred in 1990.

The most visited destinations in Tierra del Fuego Province include:

The Antarctic Peninsula is also a tourist destination. Tourists can see wildlife at the Argentine Marambio Base during the summer.