The Chilean Andes and Argentine Andes form most of the border between Chile and Argentina and make up the highest section of the Andes range. The Dry Andes and Wet Andes, along with the Patagonian Andes and Fuegian Andes, are climatic and glaciological subdivisons. 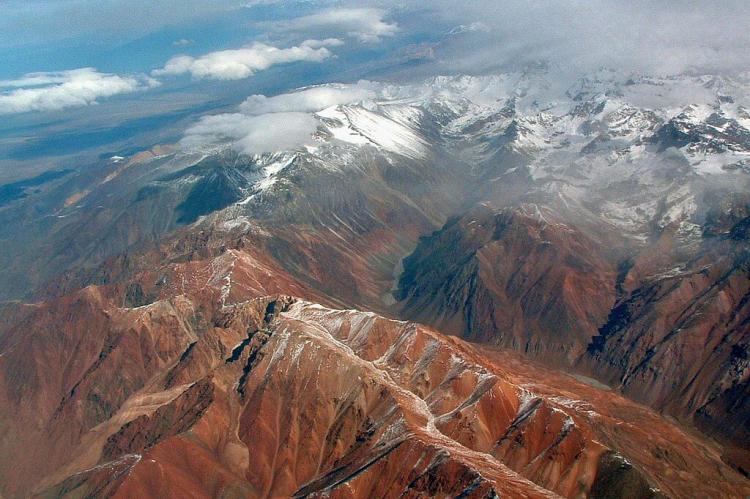 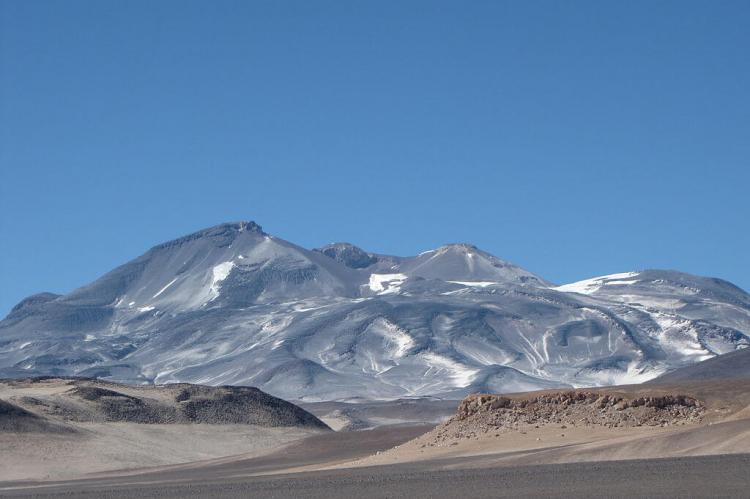 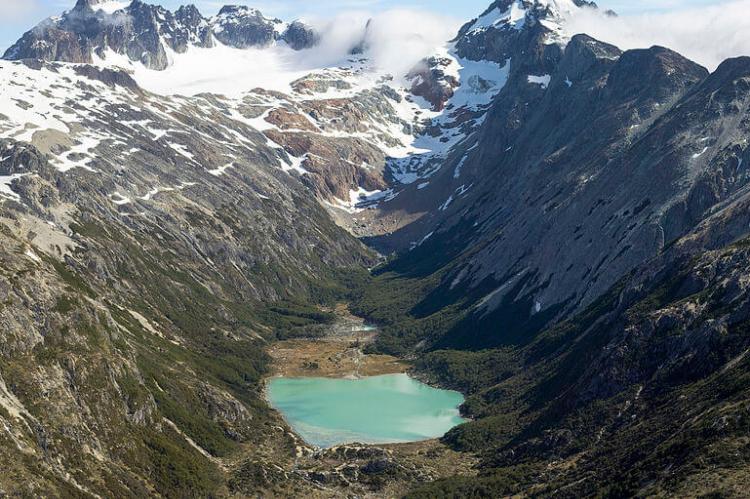 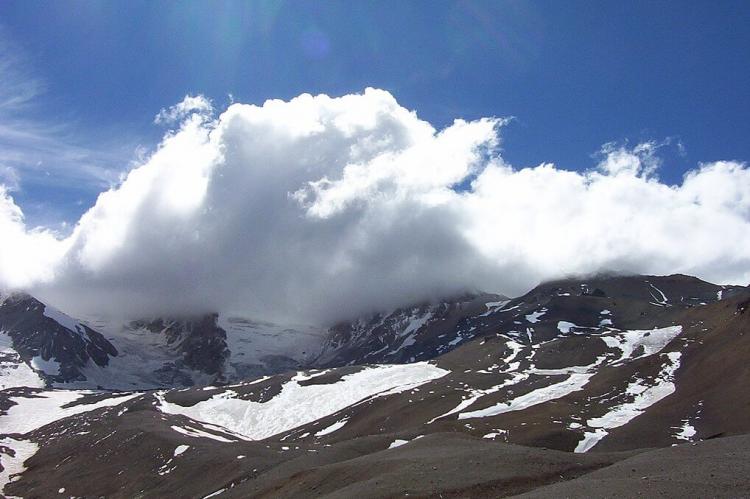 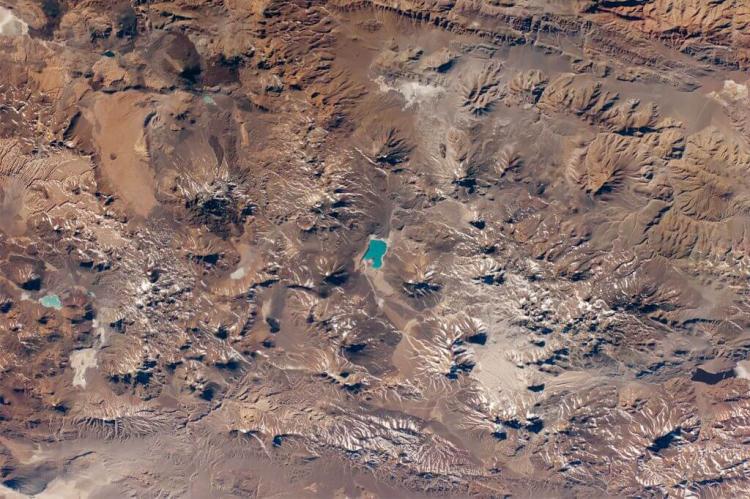 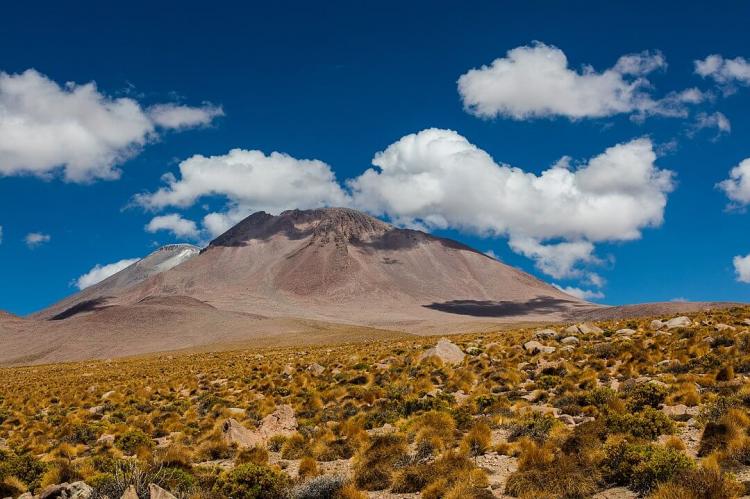 The Chilean Andes and Argentine Andes, part of the greater Andes mountain system, form most of the border between the countries of Chile and Argentina and make up the highest section of the mountain range.

The highest mountain in the Americas, Cerro Aconcagua, stands here at 6,961 m (22,838 ft) asl in the province of Mendoza, Argentina.

The landscape of these mountains, along the border between Chile and Argentina, is dominated by volcanoes and associated landforms.

In the high Andes of central Chile and Mendoza Province, rock glaciers are larger and more common than glaciers; this is due to the high exposure to solar radiation.

The Andes mountains play a strong role in both Chile and Argentina's weather, with the two sides of the Andes exhibiting strong climatic differences.

Significant mountain peaks of the Chilean Andes include:

Significant mountain peaks of the Argentine Andes include:

Significant mountain peaks on the border between Argentina and Chile include:

In the Fuegian Andes, glacial action and wind have created large areas of bare rock. Peat bogs, acidic and meadow soils with thiick humus layers are found here and soil drainage is poor.

The Patagonian Andes rise just north of the Strait of Magellan. Numerous transverse and longitudinal depressions and breaches cut this wild and rugged portion of the Andes, sometimes completely; many ranges are occupied by ice fields, glaciers, rivers, lakes or fjords.

The Dry Andes is a climatic and glaciological subregion of the Andes mountain system. Together with the Wet Andes, it is one of the two subregions of the Argentine and Chilean Andes.

The Dry Andes extend from the Atacama Desert in northern Chile and northwest Argentina, south to a latitude of 35°S in Chile: the area of the Maule River in the Central Valley. In Argentina the Dry Andes reaches 40°S due to the leeward effect of the Andes.

Though precipitation increases with height, semiarid conditions persist in the nearly 7,000 m (23,000 ft) mountains of the Andes. This dry steppe climate is considered to be of the subtropic type at 32-34° S. In the valley bottoms only dwarf scrubs grow.

The largest glaciers, e.g. the Plomo glacier and the Horcones glacier, do not reach 10 km (6.2 mi) in length and the ice thickness is not very significant. During glacial times however, c. 20,000 years ago, the glaciers were over ten times longer.

The Wet Andes is one of the two subregions of the Argentine and Chilean Andes. The Wet Andes run from a latitude of 35°S in Chile (40°S in Argentina) to Cape Horn at 56°S.

The Wet Andes can be classified as the absense of penitentes (snow formations found at high altitudes) which take the form of elongated, thin blades of hardened snow or ice, closely spaced and pointing towards the general direction of the sun. In Argentina, well-developed penitentes can be found as south as the Lanín Volcano (40°S).

The glaciers of the Wet Andes have far more stability than those of the Dry Andes due to summer precipitation, low thermal oscillation and an overall high moisture level. 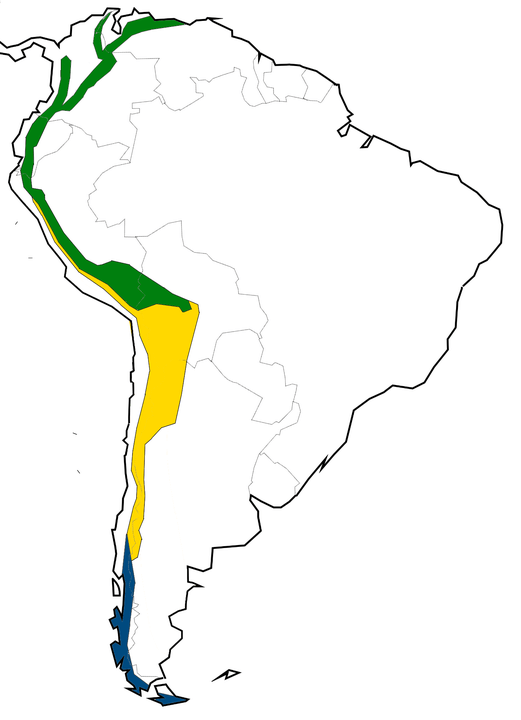 Map of the climatic regions of the Andes: Dry Andes in yellow, Wet Andes in blue and Tropical Andes in green 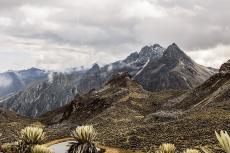 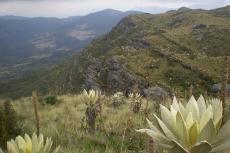 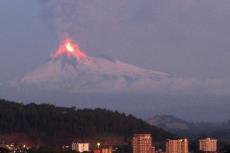 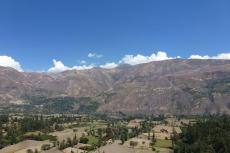 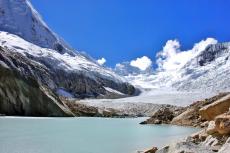