The Andean Natural Region is the most populated natural region of Colombia, containing most of the country's urban centers. The Colombian Andes consists of three parallel mountain chains: Cordillera Occidental, Cordillera Central and Cordillera Oriental. 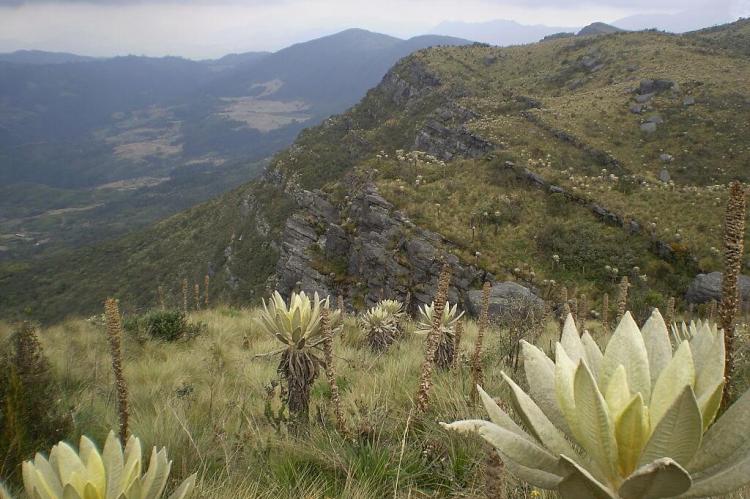 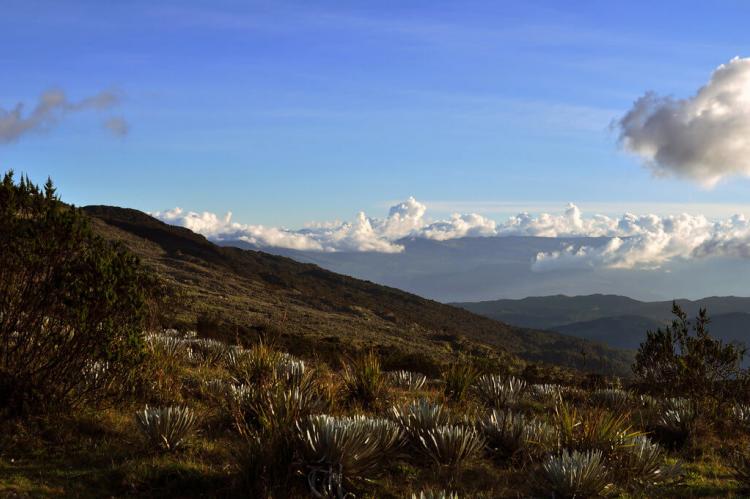 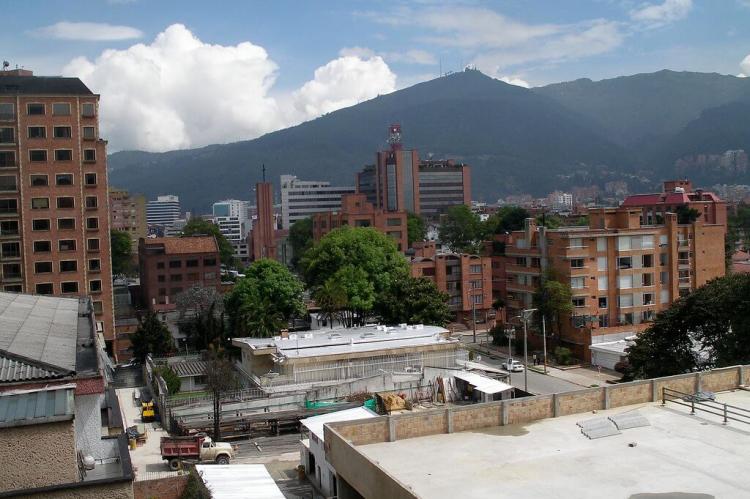 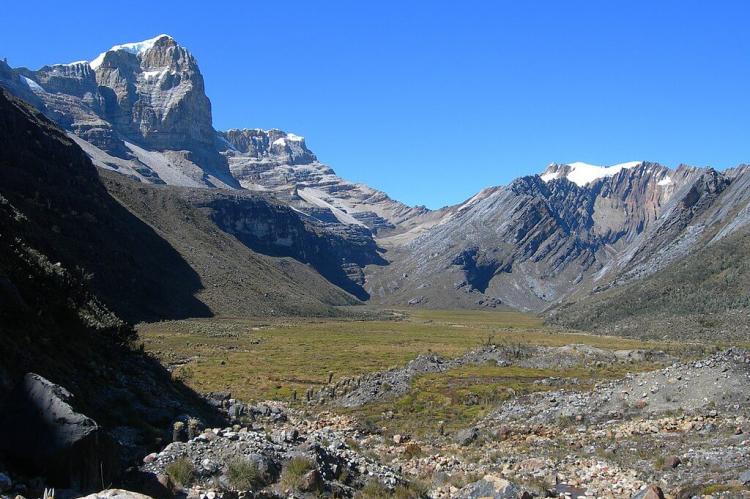 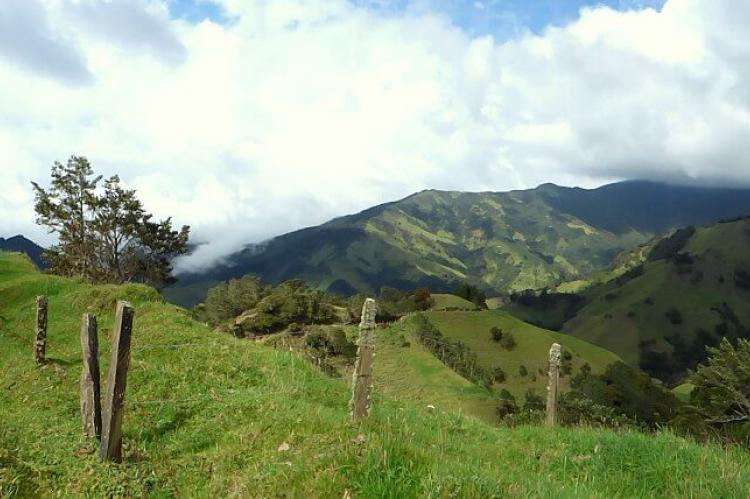 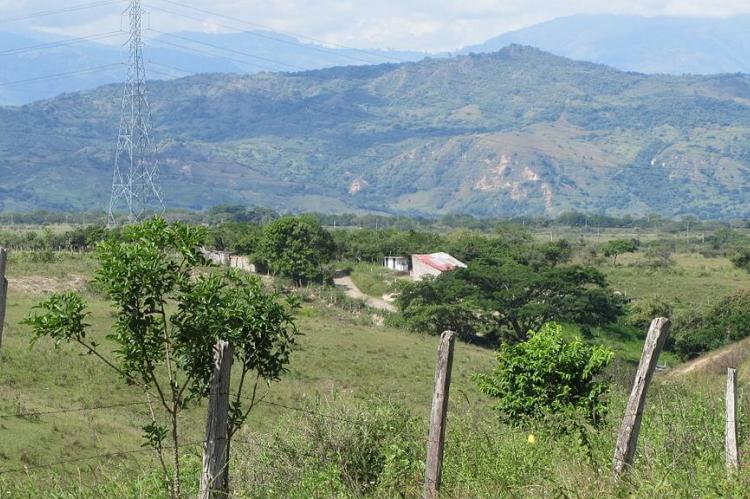 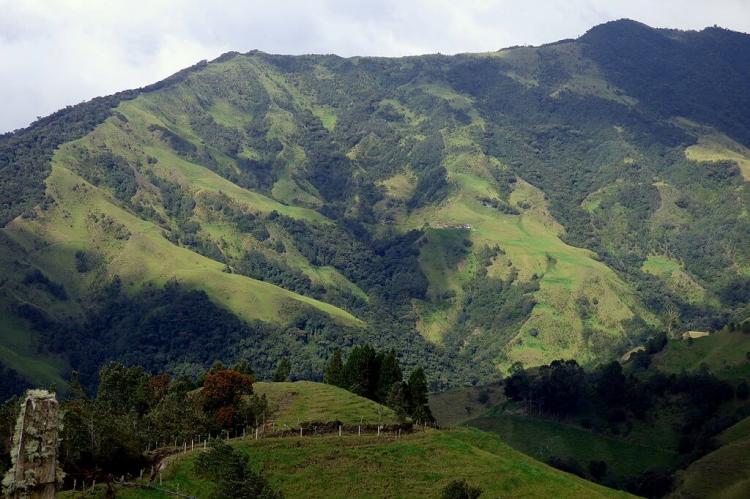 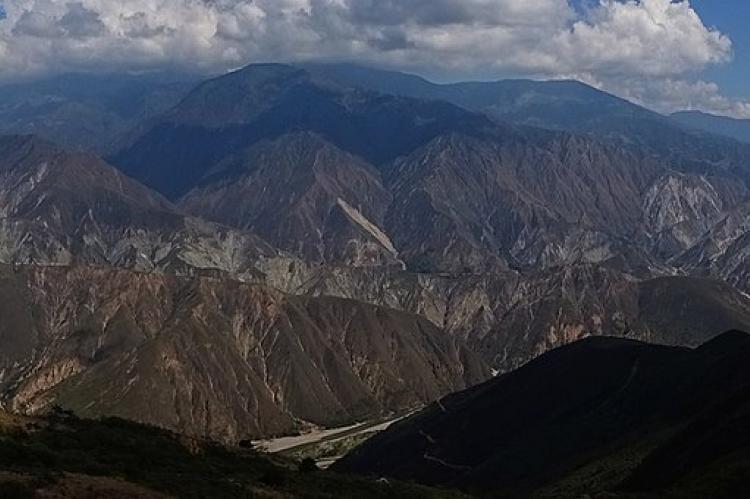 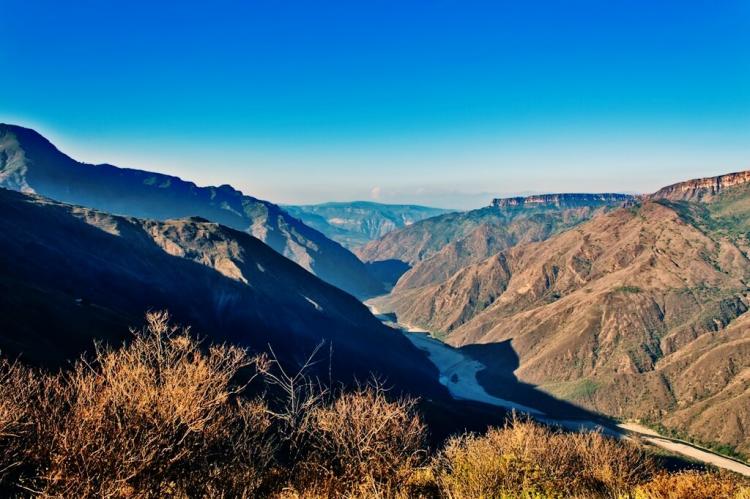 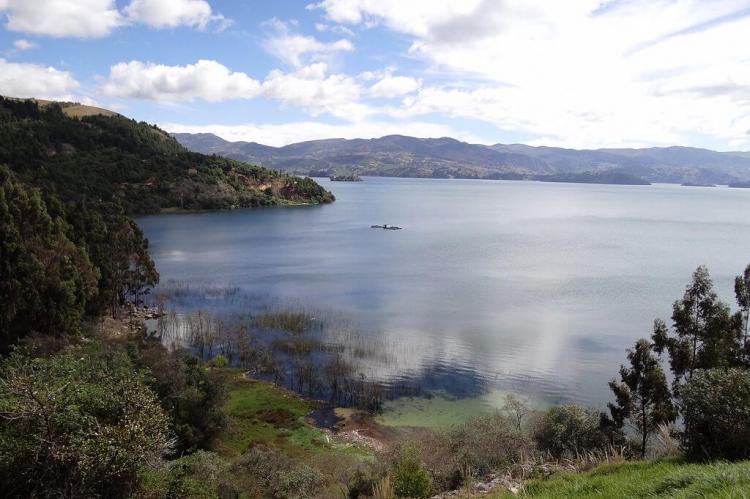 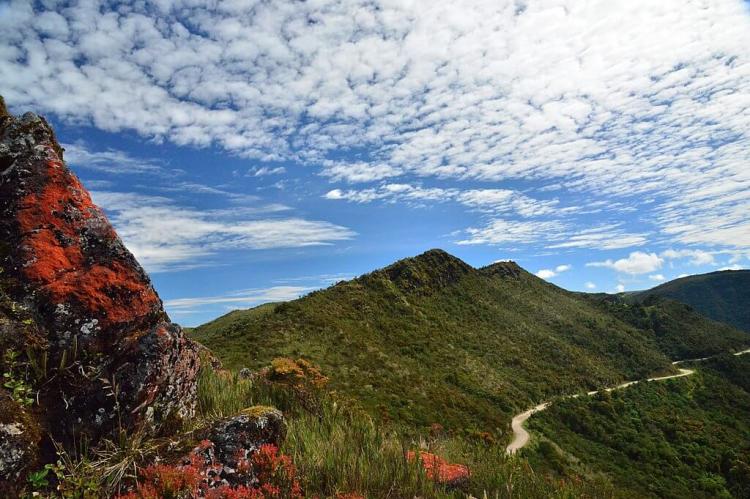 In the south of Colombia, near the border with Ecuador, the Andes Mountains divide into three parallel mountain chains (Cordilleras). These ranges, which trend generally north and south are known as the Occidental (western), Central (middle) and Oriental (eastern).

These ranges are often separated by deep intermediate depressions. Other small mountain chains rise on the sides of the main ranges.

The Cordillera Occidental is relatively low in elevation and is the least populated of the three cordilleras. The average altitude is 2,000 m (6,600 ft) and the highest peak is Cerro Tatamá at 4,100 m (13,500 ft).

The range extends from south to north eventually receding into the Caribbean plain and the Sinú River Valley. The relatively low elevation of the cordillera permits dense vegetation, which on the western slopes is truly tropical. The Cordillera Occidental is separated from the coastal Baudó Mountains by the Atrato River. 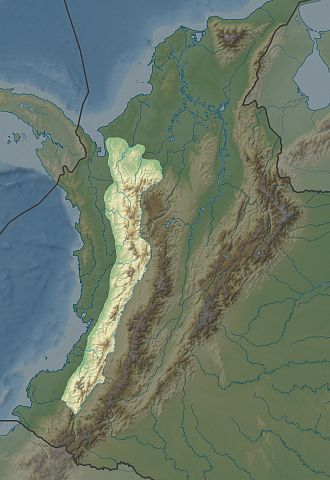 The Cordillera Central exhibits the highest elevations of the three branches of the Colombian Andes. The range is a north and south trending 800 km- (500 mi-) long wall of rock that is dotted with snow-covered volcanoes. The highest peak is Nevado del Huila at 5,364 m (17,598 ft).

Toward its northern end, the cordillera separates into several branches that descend toward the Caribbean coast. 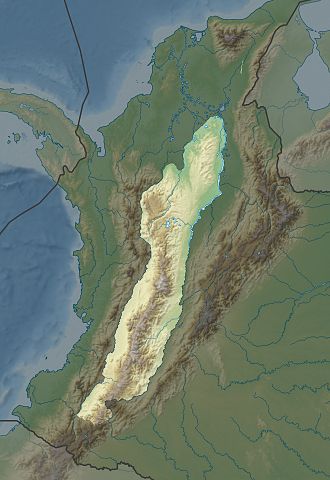 The Cordillera Oriental is the widest of the three branches of the Colombian Andes. It extends south to north where it splits into the Serranía del Perijá and the Cordillera de Mérida in the Venezuelan Andes. The highest peak is Ritacuba Blanco at 5,410 m (17,750 ft) in the Sierra Nevada del Cocuy.

Located in this range is the Altiplano Cundiboyacense, a high plateau that covers parts of the departments of Cundinamarca and Boyacá. The altiplano corresponds to the ancient territory of the Muisca. The Colombian capital of Bogotá is located here.

To the west of the Cordillera Oriental is the Magdalena River Basin. The basins of the Amazon River, Orinoco River and Catatumbo River are located to the east of the range. 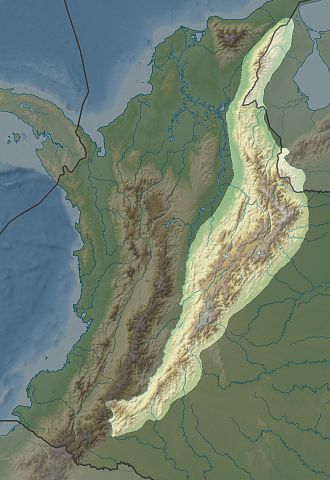 The Andean Natural Region is the most populated natural region of Colombia. Along with its many mountains, it contains most of the country's urban centers. These urban centers were also the location of the most significant pre-Columbian indigenous settlements.

The Andean Natural Region has a wide range of temperature zones, therefore the vegetation of the region varies considerably, according to altitude. 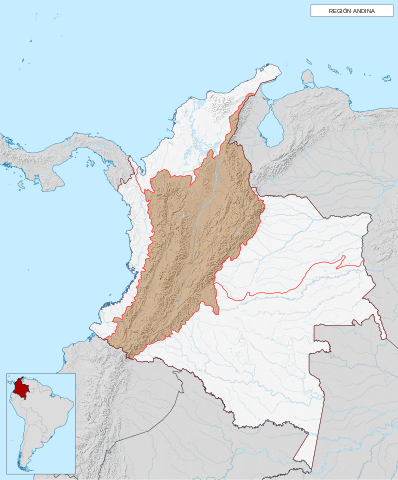 Map showing the location of the Andean Natural Region of Colombia