The Altiplano Cundiboyacense is a high plateau located in the Eastern Cordillera of the Colombian Andes. The most important city is the capital Bogotá. The altiplano corresponds to the ancient territory of the Muisca who flourished in ancient Colombia between 600 and 1600 CE. 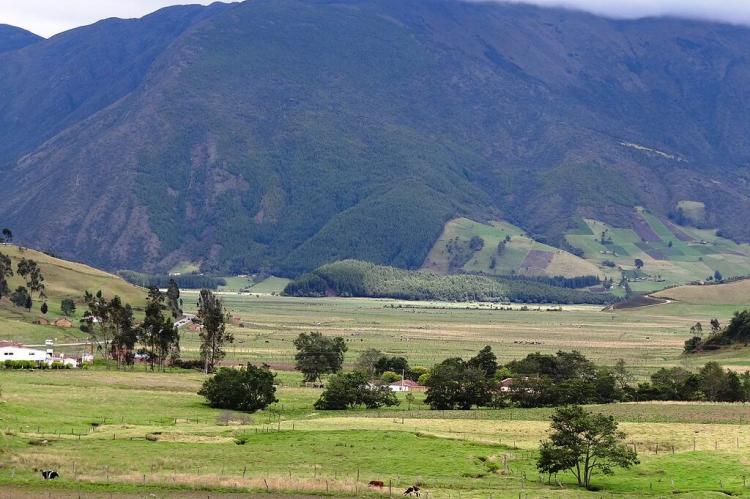 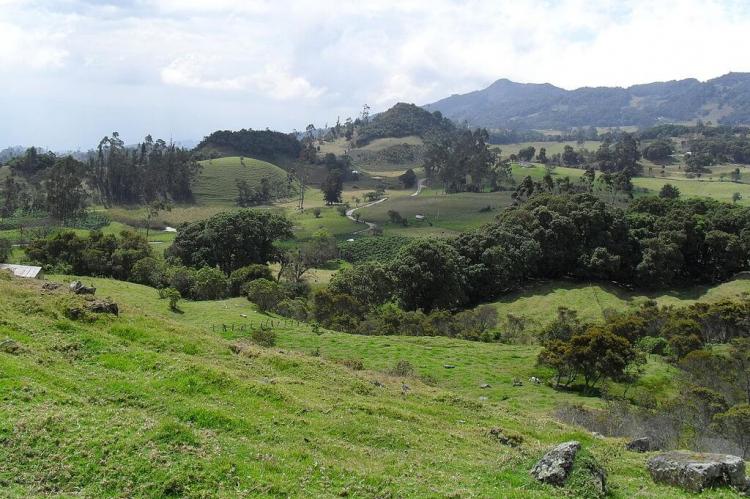 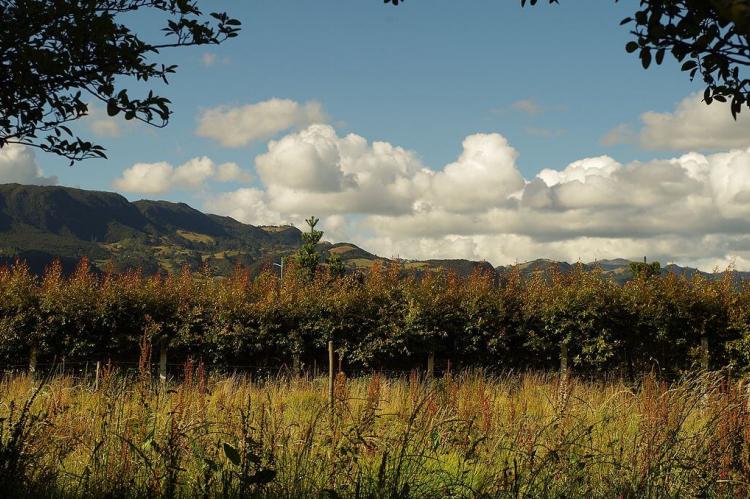 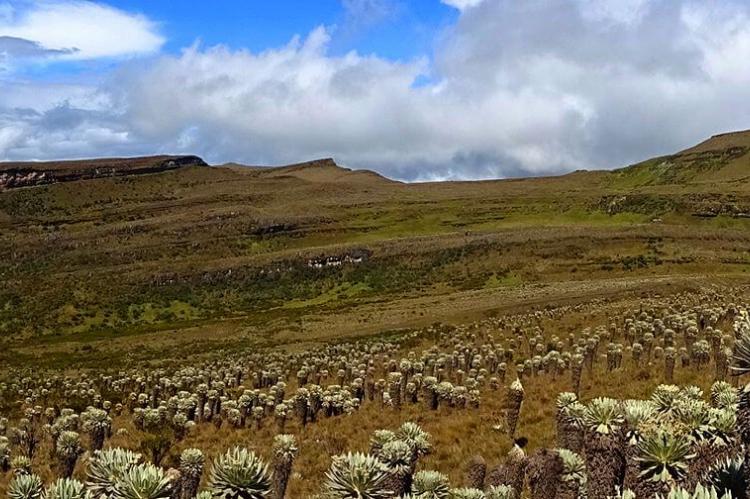 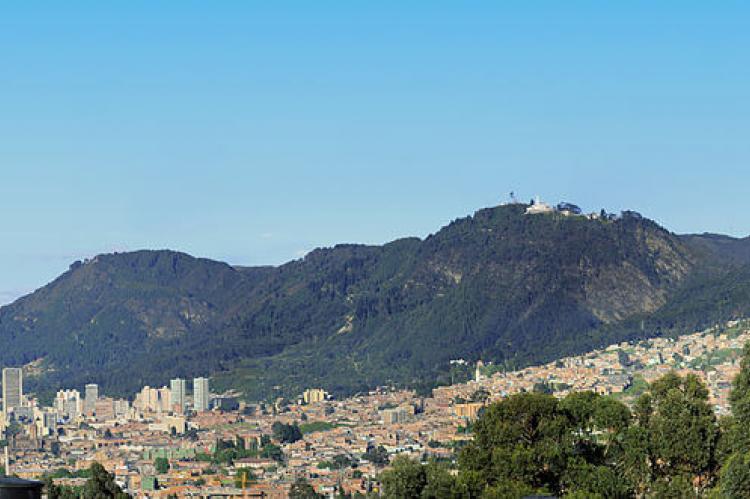 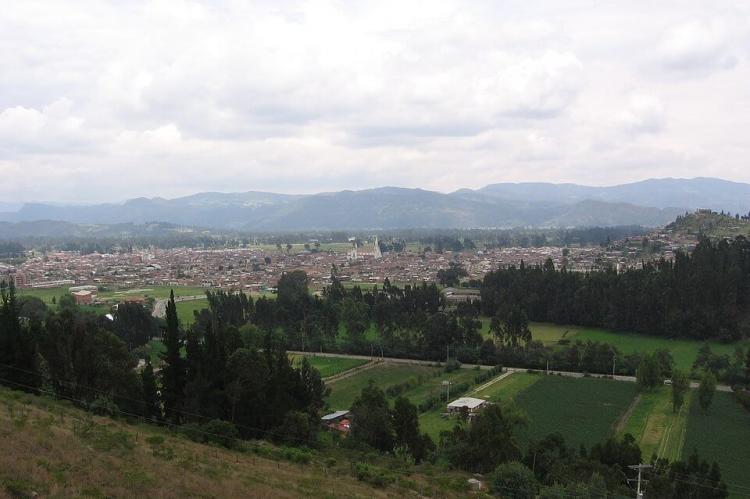 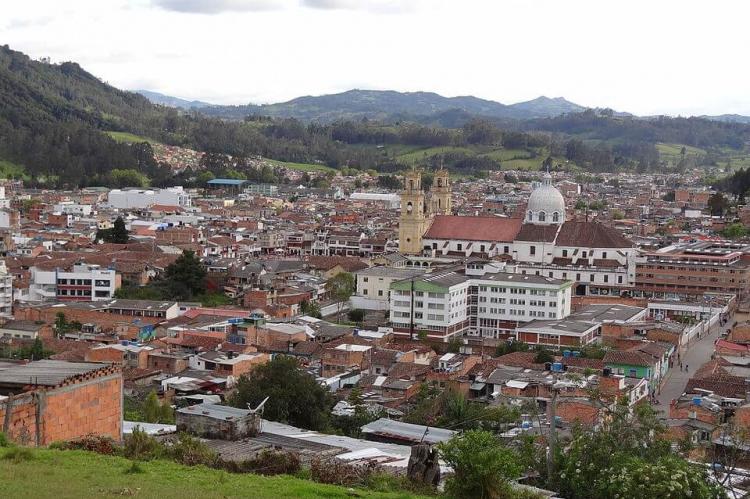 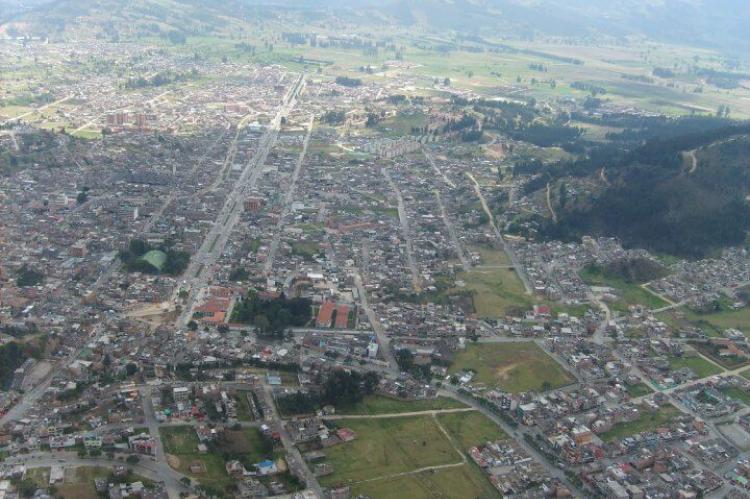 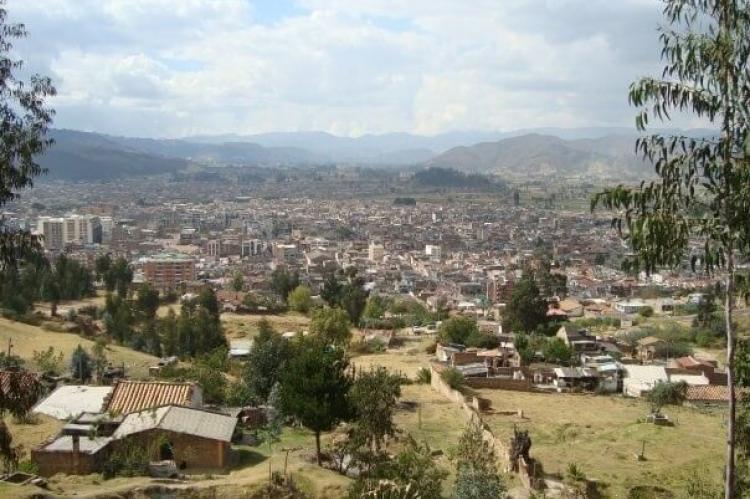 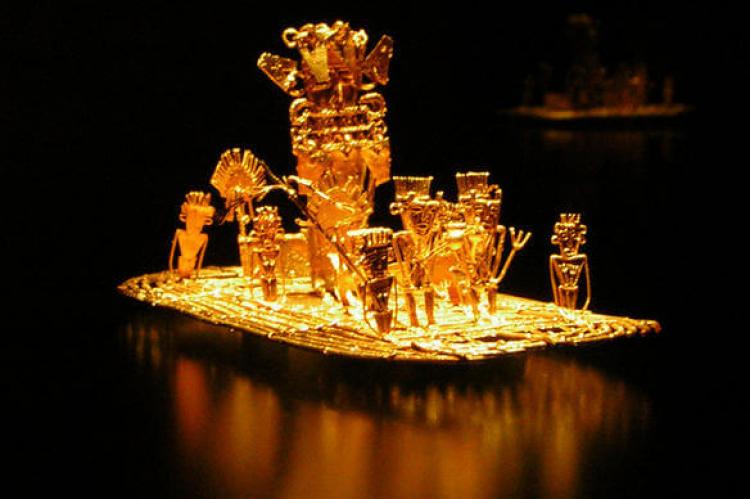 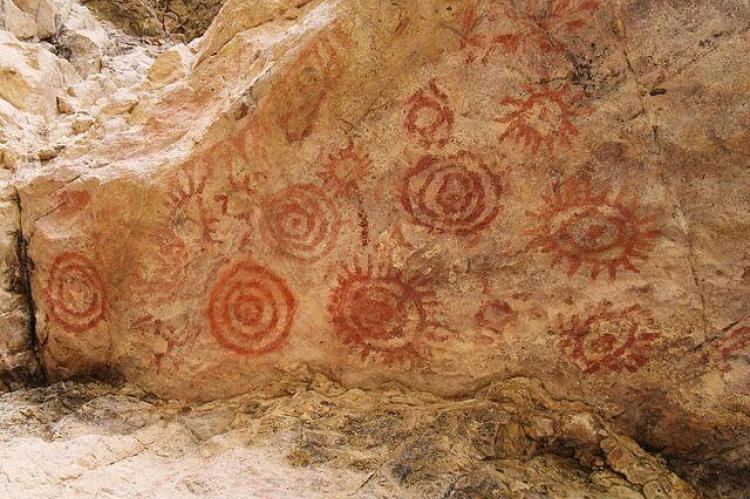 The Altiplano Cundiboyacense is a high plateau located in the Eastern Cordillera of the Colombian Andes, covering parts of the departments of Cundinamarca and Boyacá. The altiplano corresponds to the ancient territory of the Muisca. The most important city is the Colombian capital Bogotá.

The Altiplano Cundiboyacense comprises three distinctive flat regions; the Bogotá savanna, the valleys of Ubaté and Chiquinquirá, and the valleys of Duitama and Sogamoso.

The altitude of the altiplano ranges from roughly 2,500 m (8,200 ft) to 4,000 m (13,000 ft). The altiplano hosts a number of rivers and lakes. The limits of the Altiplano are not strictly defined. The high plateau is enclosed by the higher mountains of the Eastern Ranges, with the Sumapaz mountains in the south and Chingaza to the east.

The average temperature on the altiplano is 14 °C (57 °F), ranging from 0 °C (32 °F) to 24 °C (75 °F). The driest months of the year are from December to March while rain is more common in April, May, September, October and November. From June to August strong winds are present. Hail is common.

The Altiplano Cundiboyacense is subdivided into three major valleys, from northeast to southwest:

The Altiplano Cundiboyacense is surrounded by and contains various Andean unique ecosystems. To the south, the Sumapaz Páramo (largest in the world) forms a natural boundary of the Altiplano.

Chingaza contains páramo vegetation, as does the Ocetá Páramo in the northeast. On the Altiplano the microclimate surrounding Lake Iguaque also produces a páramo.

The Muisca (or Chibcha) are an indigenous people and culture of the Altiplano Cundiboyacense in Colombia. They flourished in ancient Colombia between 600 and 1600 CE. Their territory encompassed what is now Bogotá and its environs and they have gained lasting fame as the origin of the El Dorado legend.

They formed the Muisca Confederation before the Spanish conquest, a loose confederation of different Muisca rulers (zaques, zipas, iraca and tundama) in the central Andean highlands.

The people spoke Muysccubun, a language of the Chibchan language family. As one of four advanced civilizations of the Americas (the other being the Aztec, Maya and Inca), they were encountered by conquistadors ordered by the Spanish Empire in 1537, at the time of the conquest.

The Muisca people, unlike the Maya, Aztec and Inca, did not build grand stone architecture. Their settlements were relatively small and consisted of bohíos; circular houses of wood and clay, organized around a central market square with the house of the cacique (chief) in the center. Roads were present to connect the settlements with each other and with the surrounding indigenous groups.

The territory of the Muisca spanned an area of around 25,000 sq km (9,700 sq mi) from the north of Boyacá to the Sumapaz Páramo and from the summits to the western portion of the Eastern Ranges.

At the time of the Spaniard invasion, the area had a large population, although the precise number of inhabitants is not known. Estimates vary from half a million to up to three million inhabitants. Their economy was based on agriculture, salt mining, trading, metalworking and manufacturing.

In modern times, the population of the Muisca has drastically decreased, although descendants of the Muisca are still present. A census by the Ministry of Interior Affairs in 2005 counted 14,051 Muisca descendants in Colombia.